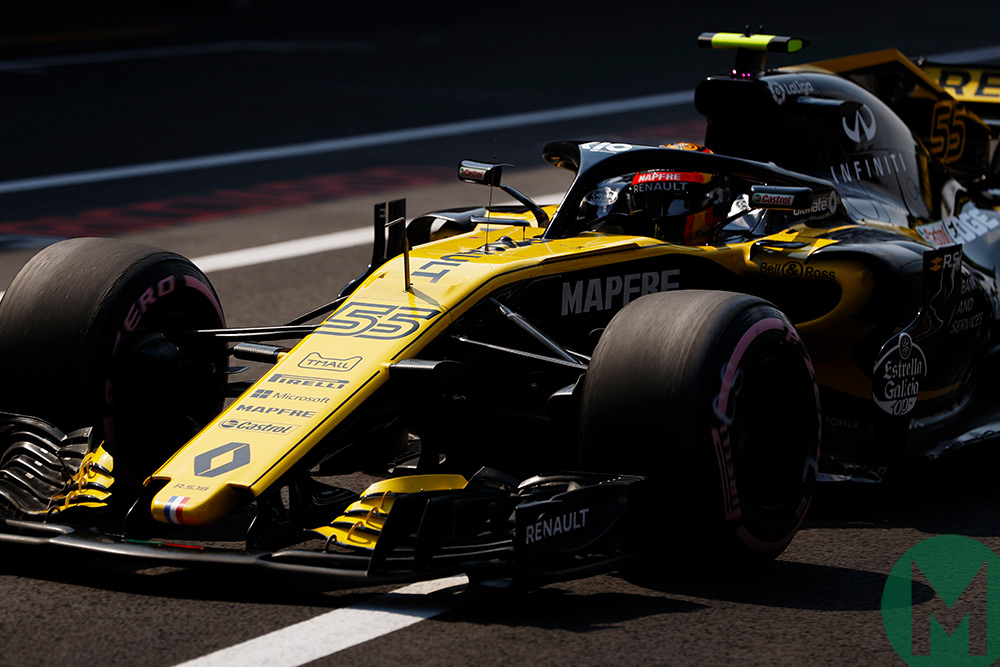 Now that the official 2019 Formula 1 regulations have been published, let’s take a look at what we’ve got.

This has been increased in width from the current 1.8 metres to 2 metres. Perhaps more importantly, the endplates have been standardised and are now very plain and much smaller than currently. The wing itself has also been moved forward by 2.5cm.

Take a look at the current front wing of, say, the Renault R.S. 18 (above). See how much of the width is devoted to the endplates, with their vanes, tunnels and flick-ups? These are guiding the air outboard of the front tyre and forming various vortices down the side of the car that speed up the flow as it makes its way towards the gap between the rear tyre’s inner face and the diffuser’s wall.

As it is forced through there, that flow, as it merges with that coming out the diffuser draws upon the underfloor flow and thereby speeds it up. The faster you get that flow through the gap, the harder it pulls on the underfloor and the greater the downforce that is created. The sidepod undercuts and the coke bottle profile of the rear bodywork are all there to accelerate that airflow down the side of the car by manipulating the air pressure.

So looking again at the current front wing, only that width between the FIA-defined neutral section in the middle and the beginning of the endplates is actually creating downforce directly on the front of the car.

Only maybe 40 per cent of the width of what we think of as a front wing is actually a front wing in function. The rest of it is flow conditioning for further down the car. That’s been found as the way to make the fastest car under the current regulations and it’s been that way since the 2009 regulation change. It’s all about balancing how much of the flow is fed to the underbody and how much devoted to eventually sucking it out from the underbody.

With the 2019 regulations, there would seem to be no scope for making an outwash front wing. Therefore more of the flow will be directed to the underbody.

Underbody flow is less affected by turbulence than outer body flow – and it creates less of it. Couple that with the fact that most of the width of the 2019 wing will actually be producing downforce directly and it should make the front downforce of the car more robust in the wake of another car, particularly a car that’s producing a less choppy wake anyhow. That’s the theory. 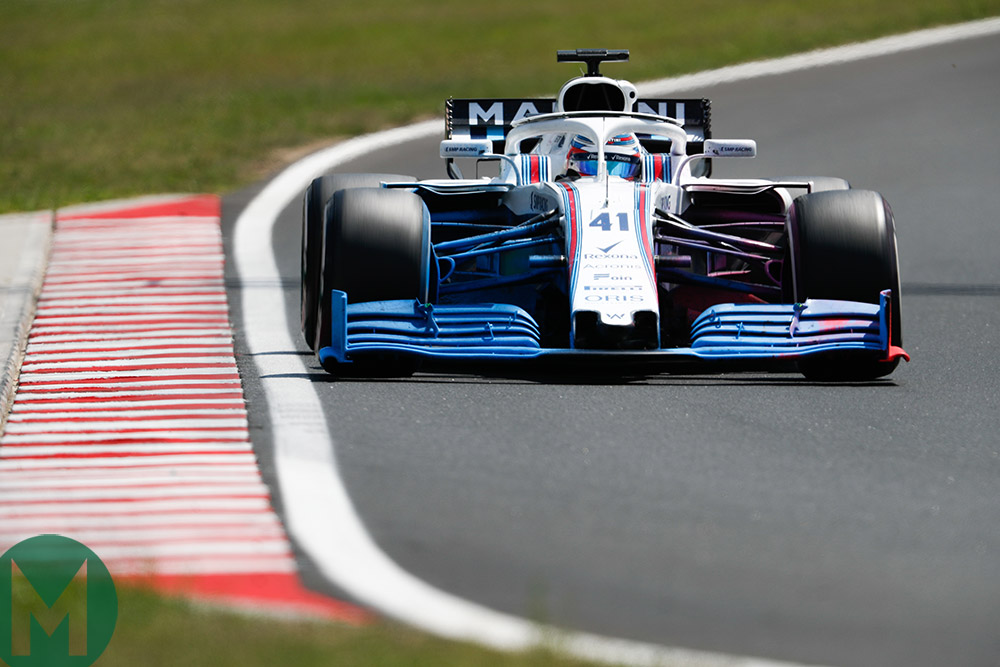 The brake ducts have for years been used for aerodynamic benefit as well as cooling the brakes. They have been greatly simplified for 2019 to be less aerodynamically powerful. Less external downforce creation = less choppy wake. Less downforce being created = less downforce loss when in the wake of another car. Which should again contribute to being able to get closer behind the car in front on the corner entering the straight and thereby have a better chance of overtaking.

These have been moved forward and lowered. Moving them forwards helps keep the flow between the wing and the side of the car more robust, thereby less affected by wake, making the wing less prone to stall. Reducing the height limits outer body downforce and produces a less choppy wake.

It is substantially taller and wider, has a 25 per cent more powerful DRS flap, is more dished in profile and the endplates have been simplified with the various slots and overlaps banished. The bigger wing punches a bigger hole in the air which slows the car in front more and increases the slipstream effect of the car behind. The more dished profile takes the rooster tail wake higher, giving it more time to disperse before being low enough to interfere with the following car. The simpler endplate reduces the turbulence and increases the drag of the wing.

How effective will it all be? Here’s a quote from someone very close to the research behind it: “I don’t think it will make the racing very different to how it is. But if we’d left it, the racing would be much worse than it currently is.”

Will it have an effect on the competitive order? Probably not a profound one. But it would seem to make a super-high rake car less feasible – in that with a less powerful draw upon the diffuser exit speeding up the flow, the diffuser itself will stall at lower car speeds than it currently does as the ride height increases as the speed comes down. So does that mean anyone that has not followed a high-rake concept over the years might be looking better relative to the rest? What teams have done that? Only one: Mercedes.