Stick your tongue out at Monza and you can almost taste the history. The flavour is bittersweet of course. Such is the longevity and high-speed nature of the relatively narrow circuit in the Royal Park, it has experienced more than its fair share of tragedy since its founding in 1922 – a remarkable 98 years ago.

But for all the darkness, a trip to Monza in September usually can only lighten the soul (unless you work for Ferrari at the moment), especially because this most historic of grand prix circuits has changed so little over the decades.

History is one thing, but memories are personal, and for me, any trip to this wondrous cathedral of speed always triggers flashbacks to a race weekend that felt off-kilter, perhaps in a way those heading out to Milan this week might recognise. I’ll never forget the 2001 Italian Grand Prix – or for that matter, the weekend that followed directly after.

The flashbacks first take me back to the south-west London office I was working in at the time, on the Tuesday morning, two days before I was due to fly out. Someone said we should turn on the TV – something to do with a plane flying into a skyscraper in New York. Suddenly, as what became known as 9/11 played out in front of us, our world was knocked from its axis and a magazine press day reduced to something quite irrelevant.

It felt odd, wrong and disconcerting flying out to Linate airport on the Thursday morning. This week, the lingering, invisible threat of this damned virus hangs over the travellers heading for their insulated ‘bubble’ and a strangely Tifosi-free Monza. Back on September 13, 2001, getting on a plane felt little short of terrifying, until you took a deep breath and tried to instil some logic into your whirring thoughts. What was coming next? 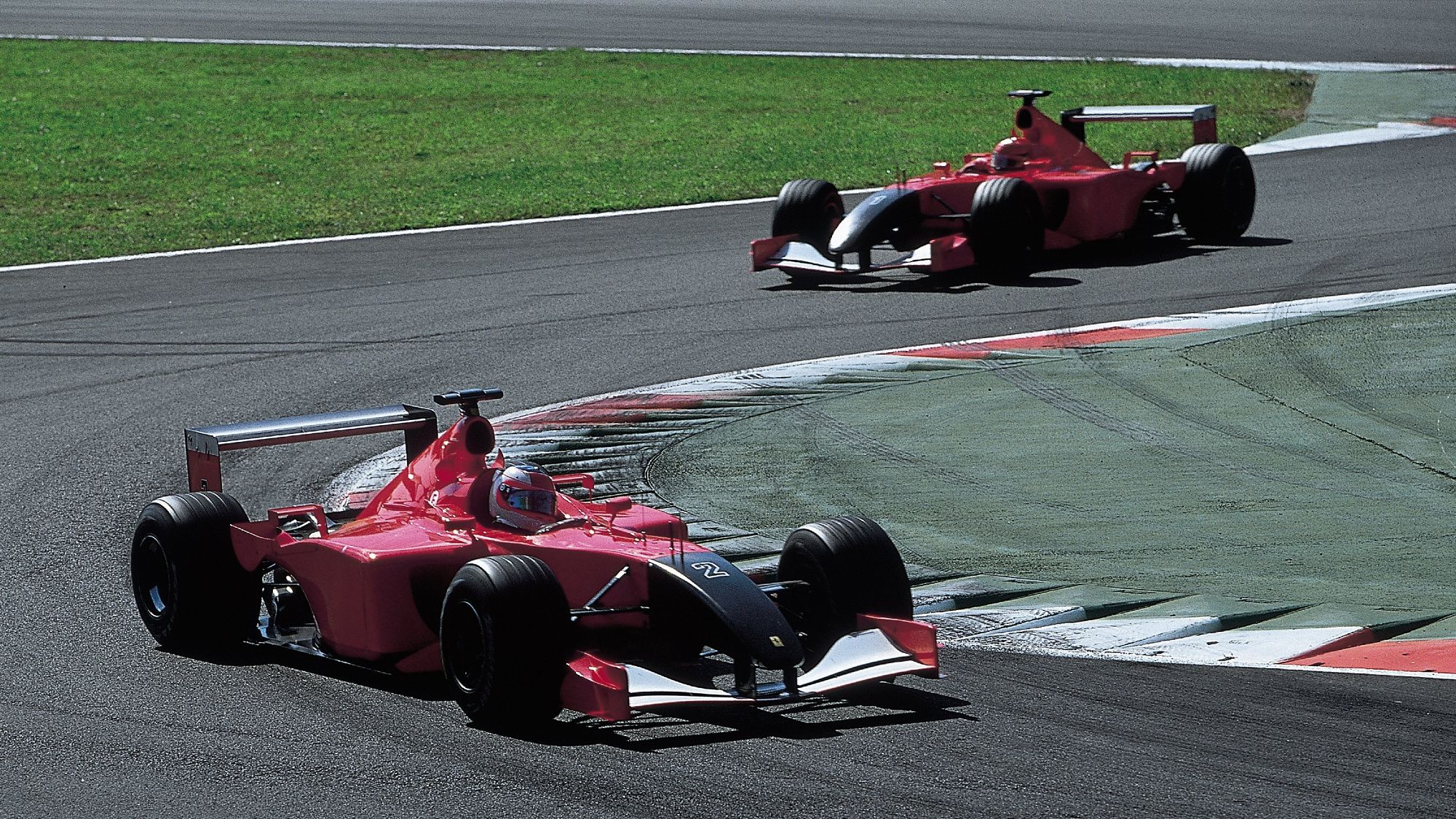 At the track, an inevitable sense of ‘business as usual’ kicked in, even if the global uncertainty and fear of some strange, unknown new war poked away at the back of our minds. My main reason for being there was the final round of the Formula 3000 International Championship. Dear old Justin Wilson – all Sheffield steel wrapped in a soft, friendly, beanpole exterior – was already champion, but as ever there was pride to play for as drivers hoped to head into the off-season on a high.

In the main event, there was little else to play for too, Michael Schumacher having clinched his fourth world championship and second successive title for Ferrari in Hungary. At the previous race at Spa, he’d surpassed Alain Prost to stand alone as the driver with the most wins. Now on 52, we could have no idea he still had another 39 still to claim.

As usual at Monza, there was news to follow up as McLaren announced Sauber’s impressive young Finn Kimi Räikkönen would replace his countryman Mika Häkkinen for 2002. Was this retirement for the declining double world champion or some sort of sabbatical? It wasn’t yet clear. But that was soon thrust to the periphery as on Saturday afternoon word came of a terrible accident at the Lausitzring in eastern Germany. So this was what came next. 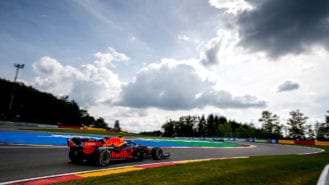 MPH: With 3 more laps & a dry forecast, Belgian GP could have been a classic

The 2020 Belgian Grand Prix saw another straightforward victory for Hamilton — but it could easily have been very different, writes Mark Hughes

The CART Indycar Series had travelled over for its first European race on a brand new oval, but of course American hearts were now not in it. Shellshocked by events in New York and Washington, the teams just wanted to get back home to their loved ones. Major sporting events across the US had been cancelled, but CART, so far from home, took the difficult decision to race, hastily renaming the event the American Memorial in honour of those who had died in the atrocities. And now Alex Zanardi, two years after his difficult season at Williams and just as he was reacclimatising to Indycars, spun fresh out of the pits, leaving Alex Tagliani with nowhere to go.

At Monza, images of the crash began to appear on every laptop in the media centre. He couldn’t survive that, surely. What had happened to his legs? Down in the paddock, some headed to Williams to pass on condolences. Zanardi remained popular in F1 given his character and natural charm, even if he’d been labelled a failure by some for struggling to make those horrible grooved tyres work for him back in 1999. A pall of gloom descended. What were we doing here?

On the Sunday an F1 motor race played out, but by now most were struggling to care. The Ferraris would run with black nosecones and bereft of sponsor stickers, enhancing the elegance of Rory Byrne’s masterful F2001. In the wake of everything, Schumacher misguidedly proposed a no-overtaking pact for the first lap, but quite rightly was knocked back. The drivers either raced or they didn’t, anything else was pointless.

In hindsight, it was all a bit of a shame for Juan Pablo Montoya, who had qualified his Williams-BMW on pole position for the third time in four races and then scored his first grand prix win in his maiden F1 season. Rubens Barrichello had pushed him hard, passing the Colombian early on as the Michelins on the Williams blistered. But refuelling trouble at the first of his two pitstops played into the hands of single-stopping Montoya who at the end was five seconds up the road on Barrichello, and ahead of team-mate Ralf Schumacher and subdued brother Michael in third and fourth. 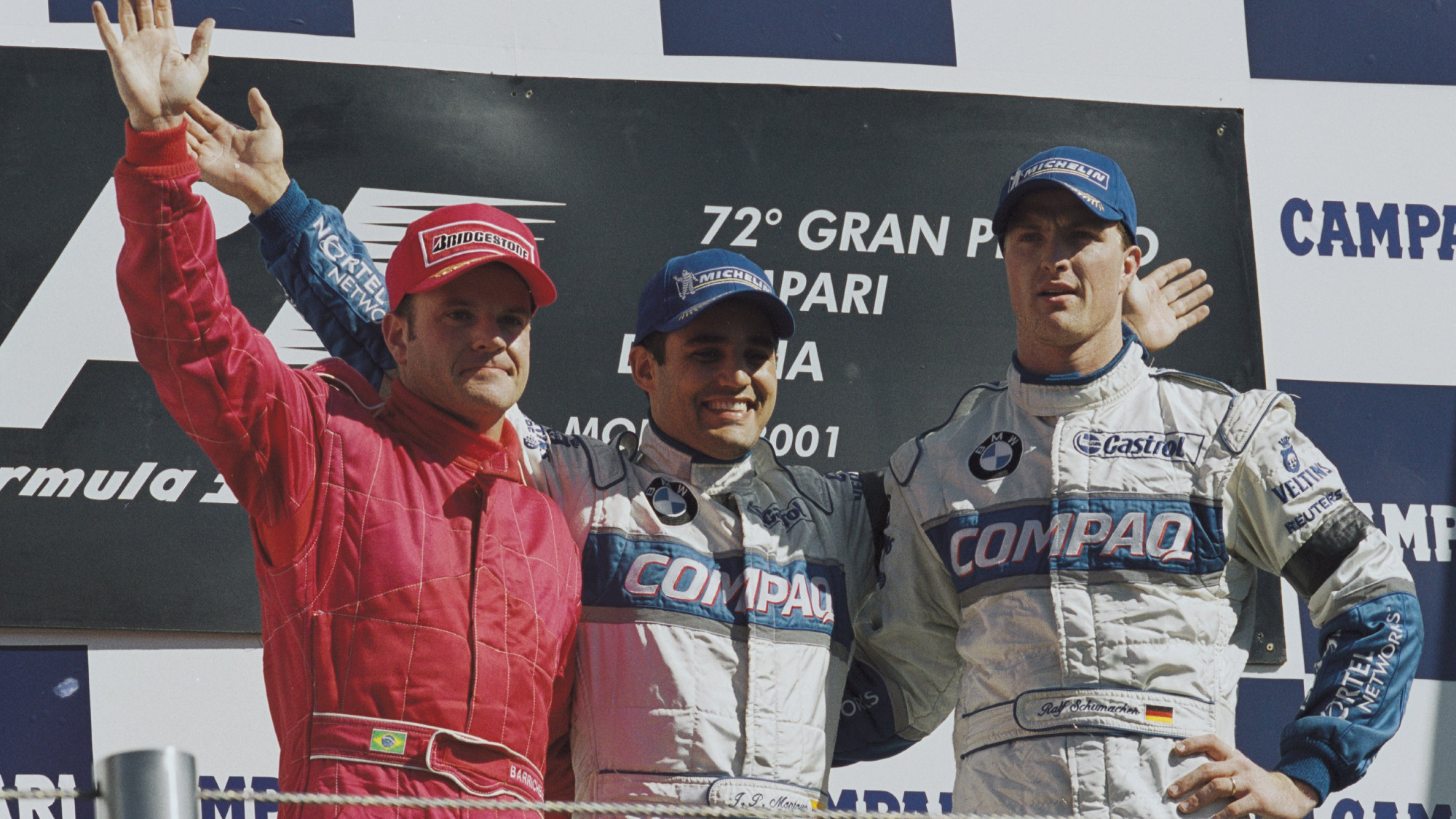 Oh, and Giorgio Pantano ended his miserable F3000 season for Fernando Alonso’s former team Astromega by winning on the Saturday. In the wake of the Zanardi news, I struggled to focus on what I was there for, but still it was good to see Pantano smile after his home win. The guy wasn’t exactly subtle, but it was hard not to laugh at his often lewd racing driver humour. He was the seventh driver to win from 12 rounds, Wilson and Mark Webber having won three each, Tomas Enge two, and Sébastien Bourdais, Ricardo Sperafico and Antonio Pizzonia taking one each. Despite an ultimately disappointing season for Super Nova, Webber was clearly on his way, the brilliant Wilson deserved to be despite doubts about his height disadvantage, while Enge and Bourdais both looked convincing too. I’d loved following the season, but what a way for it all to finish.

A few days later, I’d pitch up at a cold and wet new oval track on the outskirts of grim Corby in Northamptonshire, having somehow been talked into a pitlane commentary role beside my colleague, mate and future Motor Sport staffer Tim Scott for the second leg of CART’s European adventure. In the wake of Zanardi’s accident – and miraculous survival – the Americans really didn’t want to know by now, especially when it started to rain. But Rockingham and the most unlikely race ever to be held on British soil is a whole other story.

As for Monza, there’d be plenty more visits to soak up the past and watch new history being made. But it’s no wonder that 2001 weekend sticks in the mind when for the only time in my life Monza was the last place I wanted to be. Those Ferrari team members right now would surely understand.