Formula 1’s previous Texas host is often dismissed as a fiasco on a crumbling track. But it had the potential to become one of F1’s most important rounds 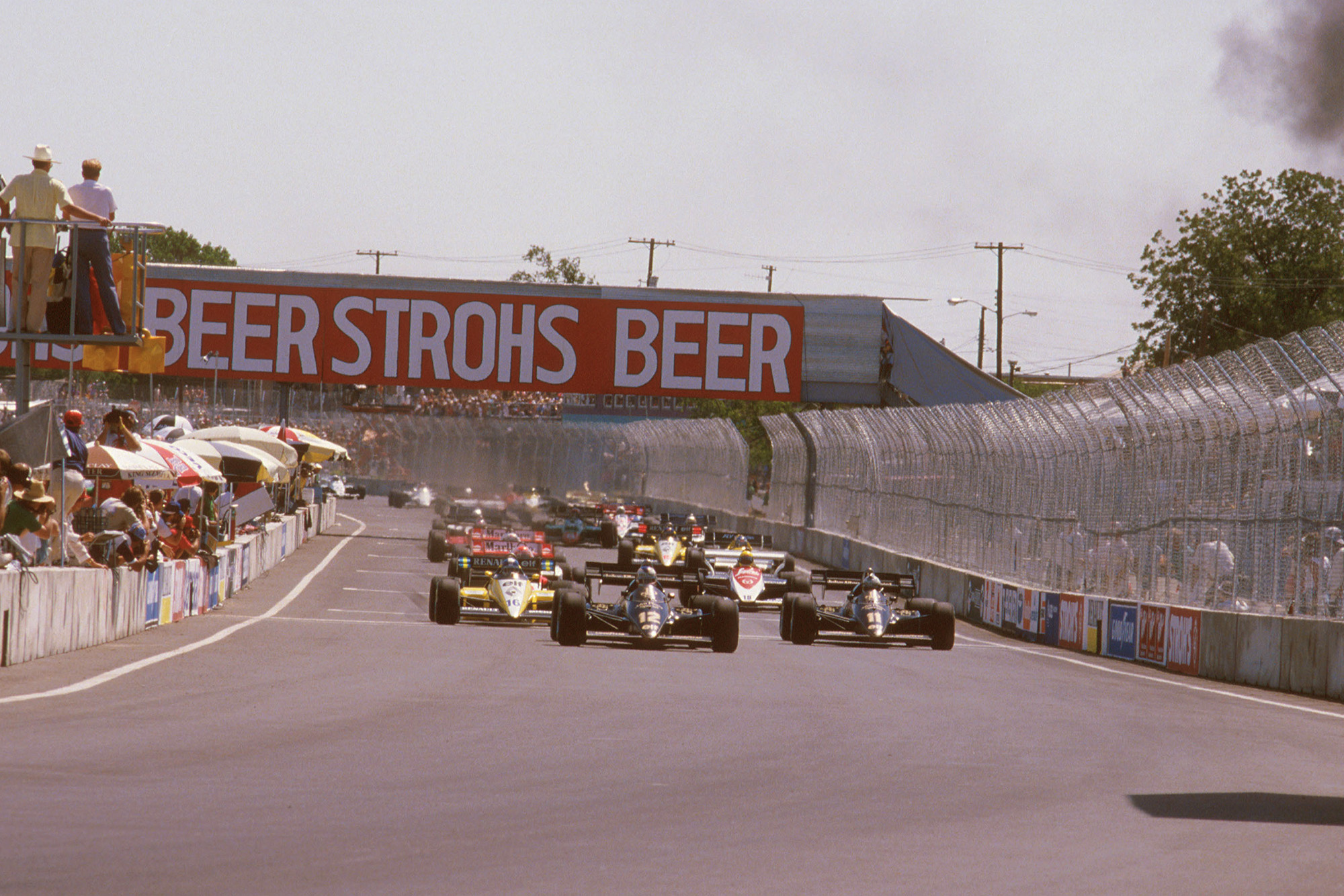 The start of the 1984 Dallas Grand Prix Photo: Motorsport Images

The modern-day United States Grand Prix is well-established at Austin. Yet it is not the first time Formula 1 has visited Texas.  There was one, notorious, visit to Dallas in 1984. And it is often dismissed as a fiasco.

But that’s not the whole tale. Contrary to many assumptions it was, in fact, an event with bags of potential which was evident even during the difficult visit.

In 1984 the famous Dallas TV soap was ubiquitous. And, more to the point from F1’s point of view, Dallas was a city with plenty of oil wealth. It also had no little love for the automobile, as evidenced by the multitude of Mercedes and Porsches. Dallas, apparently, had the largest-volume dealerships anywhere in the US for the two marques.

And it all showed in local enthusiasm for the race. Some 90,000 turned up to watch it in spite of everything, with a few shelling out some $25,000 for air-conditioned hospitality suites. Stars of the soap were present too.

Yet as intimated there were problems, starting with the race’s date. This was early July, amid sapping 40-degree ambient temperatures. But the cars were that side of the pond for the Canada and Detroit rounds just before. So, F1 said, logistically that’s that.

Then there was the circuit’s layout. Plotted around the city’s State Fair Park, and lined with concrete walls, it looked quicker than most street tracks. But, the drivers said, that was the problem. It was conspicuously dangerous as well as bumpy. Plus there were no cranes to remove what looked like inevitable wrecks.

Equally though the layout was one of the reasons Dallas had potential. It was more interesting and varied than the tepid 90-degree-turn-only US street circuits F1 often frequented. Derek Warwick for one thought so. “It’s bloody dangerous,” he said, “but as a track not bad – quite challenging, in fact.”

Yet the track, plus the heat, created the main reason Dallas is derided. The circuit’s surface quickly broke up. Come the race much of it was granular. The ‘instant’ grand prix, with no preparatory event there, had bitten F1 not for the first time in that era. 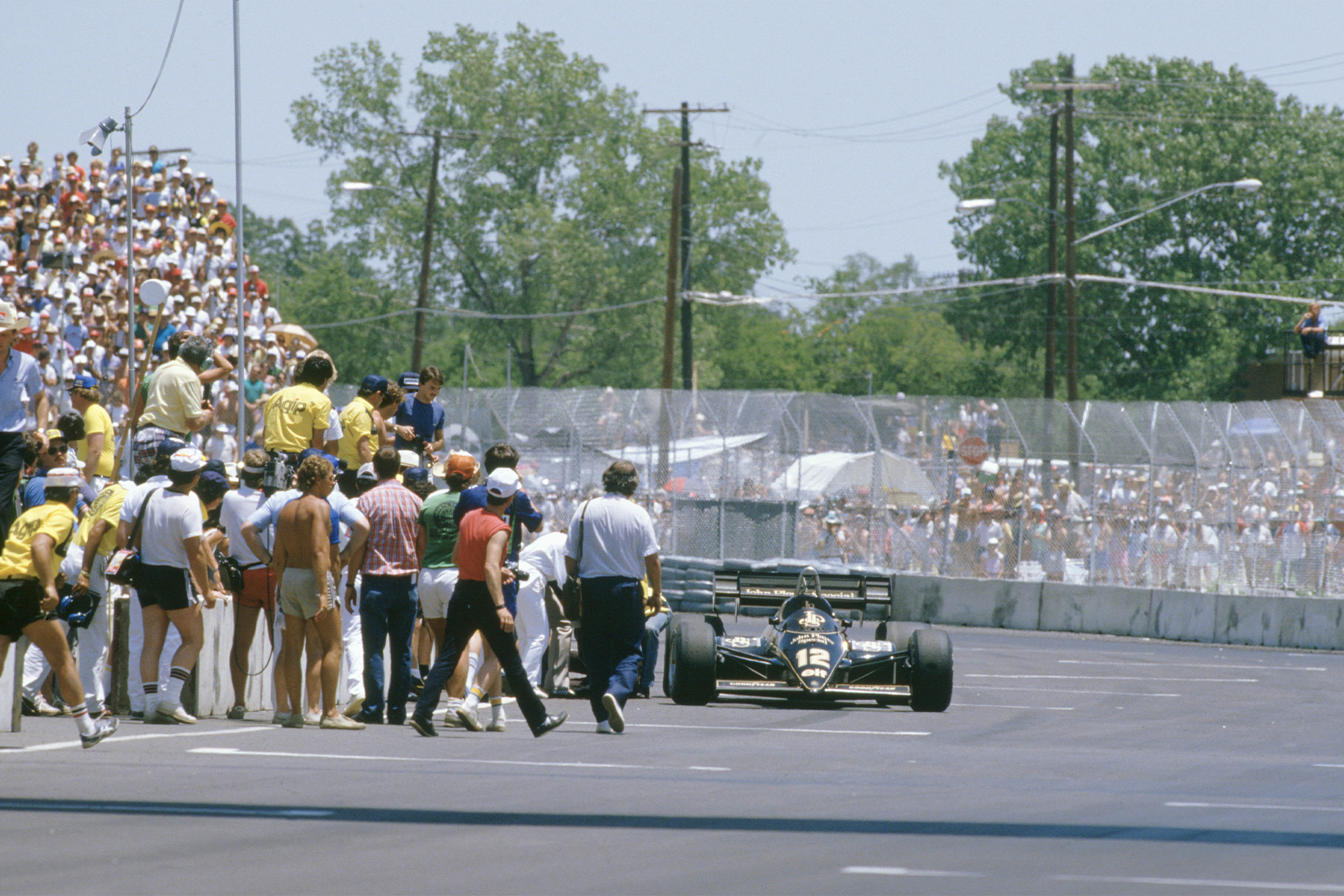 And faced with all of these problems the F1 fraternity, with rare honourable exceptions, were at their charmless worst with the eager locals. “In Formula 1, it’s not only the engines that whine,” noted the Dallas Times Herald.

Yet, after talk of boycotts and the like, drivers were shown a green light they put their reservations into a mental recess and gave likely the best race of that season.

It was won by Keke Rosberg. His evil-handling Williams Honda was the last thing you needed in these circumstances. But Rosberg was the improviser supreme, plus had other-worldly stamina.

“D’you remember the esses after the pits?,” he told Motor Sport of his Dallas experience. “It was incredibly bumpy and fast there, and in the Williams I had that year you had to hang on for dear life – the tub was twisting and you never knew where it was going to jump next.”

Nigel Mansell, then at Lotus, led the race from pole and quickly a queue formed behind him. He held all off though using the sheer doggedness with which he later became synonymous.

Warwick binned it trying to take the lead from him. Then, after much multi-car dicing, Rosberg got by at half distance. Mansell shortly afterwards dropped out of victory contention by stopping for tyres after tapping walls once too often.

His determination nevertheless manifested further at the end, when he collapsed trying to push his car, its gearbox broken, across the line.

Alain Prost in the McLaren, usually that year’s pacesetter, took the lead from Rosberg. But with 11 laps left to general astonishment, Prost himself tagged a wall and parked. Rosberg therefore won, admitting his triumph was “a question of survival”.

The most impressive drive on a day not short of them was that behind Rosberg. René Arnoux’s Ferrari engine wouldn’t start on the dummy grid. But from the back he drove flat out to finish second, just 22sec off the winner. He told Motor Sport that it was the most satisfying drive of his life, plus that he could have won with a few laps more.

And all of this even convinced the Dallas Times Herald man to reassess on Monday morning. “All complaints aside,” he wrote, “when these chaps climb into the cockpit, they flat go racing. There’s no pouting there.” 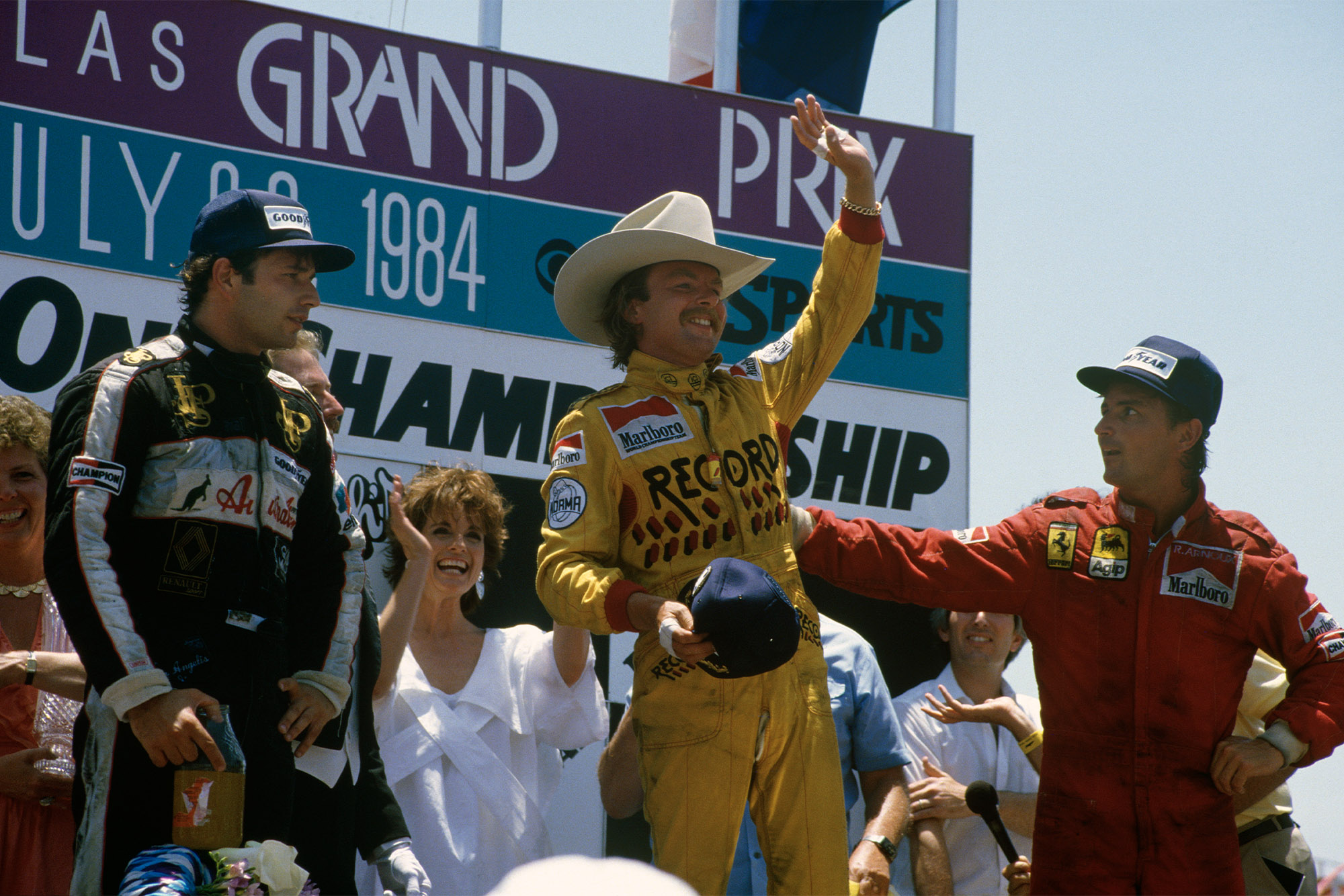 Keke Rosberg stands as the winner on the podium Photo: Motorsport Images

Plus Alan Henry in his Motor Sport report of the weekend was alive to the race’s potential.

“[It was] enjoyed enormously by the huge, enthusiastic crowd which turned out to fry in the 105-deg(F) temperatures,” he said. “The race…could be regarded as a qualified success.

“Staged at a cooler time of the year, with a more durable track surface laid down in good time, there is little doubt in our mind that it could quickly become the most popular of the World Championship grands prix staged in North America.

Henry added that “it should be recorded that the Dallas Grand Prix organisers went about the task of staging their first World Championship race with a grace, good humour and tolerance that deserves considerable credit.”

Even the July heat wasn’t quite what has been assumed. “The temperatures experienced during the GP were most unusual,” a Dallas local said in a letter to Motor Sport not long later. “It was, in fact, a form of a heat wave for us. Just bad luck that it happened when the eyes of the world were focused on Dallas.”

So, for the following year, a slot in March plus lessons learned from the first attempt would make for a much more agreeable event. One that might even in time become an F1 showpiece.

But, sadly, Dallas never got a second go. Someone did a runner with the race’s takings…