Formula 1’s plans for a budget cap that is set to be introduced next season will be $30m less than originally planned, with the new total lowering the ceiling to $145m.

According to Formula 1 managing director of motorsport Ross Brawn, a new number has been agreed on in the face of a shortened 2020 season and financial strain as a result of the Covid-19 outbreak.

“We started at $175 (million), that was a long battle to get it there, and with the current crisis we are now going to start at 145 and the discussion really is how much further down we can drive the next few years,” Brawn told Sky F1.

“Today’s meeting was [between the] FIA and Formula 1… and the details will be going out to the teams in the next few days,” said Brawn. “There’s been a lot of consultation and I think we’re now we’re at the very final stages. It’ll all become clear shortly.

“The budget cap initial objectives were a more competitive field and I think with the situation we have now the sustainability, the economic sustainability, of Formula One is a priority,” Brawn added. 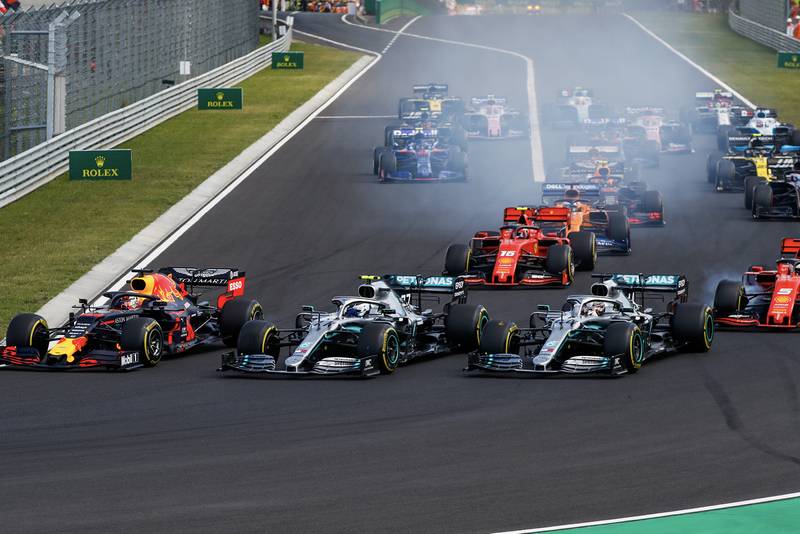 Racing in a bubble: How F1 is planning on starting the 2020 season

Few would envy Chase Carey right now. As the CEO and chairman of Formula 1, he is the man who has to try and navigate these extremely uncertain times, all…

“That counts as much for the big teams as it does for the small teams.

“There’s going to be a much more equitable prize fund in the new agreement. The midfield teams are going to be much better off in terms of their proportion of prize money. So it’s being balanced in every direction.

“We’re reducing the amount of money that can be spent in Formula 1 and improving the distribution of the prize fund more evenly amongst the teams. A good midfield team should be able to score podiums, maybe a win, and it should make a small profit.

“And if we can achieve that then we’ve got a very sustainable future.”

Originally, the F1 2021 budget cap was set to stand at $175m total spending on elements directly relating to the performance of the cars.

The budget cap will not have any control over team travel costs to and from races, cost of purchasing a customer engine supply deal, marketing costs, driver salaries and the salaries of the top three earners within team staff, with each area not counting toward the total.

With a budget cap implemented, the hope is that smaller teams on the grid will be able to reach a higher level of competitiveness versus the leading teams like Mercedes and Ferrari.