Whisper it: the United States Grand Prix might at last have found a new spiritual home. The Circuit of the Americas’ difficult birth was eased by the enthusiastic response of its 100,000-plus crowd when Formula 1 finally arrived in Texas. 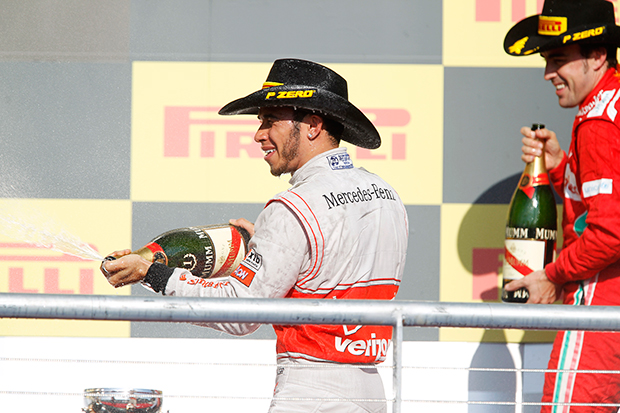 It helped that the fans were treated to the best GP of 2012 – Lewis Hamilton’s hunting down of Sebastian Vettel – and that F1 lightened up in response. Little things can mean a lot and cowboy hats on the podium were a nice touch warmly received.

It is too early, however, to get carried away. The 2012 championship was bubbling to a boil this time last year, whereas the 2013 title race has already gone flat. Sunday’s US GP, therefore, will be judged as a stand-alone event in which Hamilton, or any other for that matter, has little hope of hunting down Vettel.

America and F1 have been here before. A record crowd attended the first GP held at Indianapolis, in 2000, yet that ‘special relationship’ had turned sour long before the parties involved parted company after ’07. The Ferrari fix of ’02 had soured it and the farcical failure to fix the Michelin saga of ’05 curdled it.

Bridges needed to be built – and Austin in 2012 was an excellent foundation. Or should that be pier?

America’s peak as an F1 destination

Yet it wasn’t so very long ago – 1982 – that America became the first and so far only country to host three GPs in a single season: Long Beach, Detroit and (less) Vegas. The latter was a bit of flimflam, a hustle in a car park, albeit a title-decider. The others, however, possessed genuine character, albeit in a Grand Theft Auto kinda way, what with their down ramps, boulevards, tunnels and ocean liner backdrops. 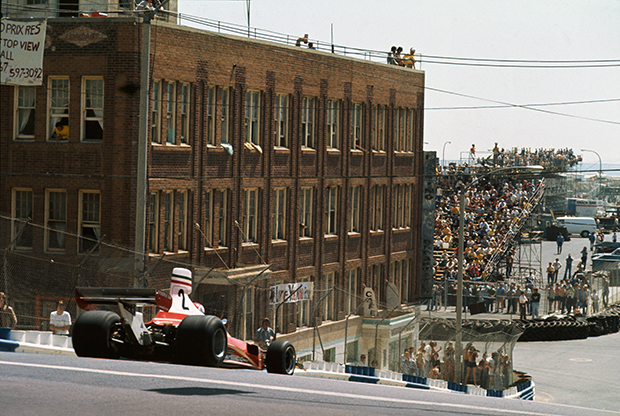 Long Beach’s US GP West lasted from 1976 until entrepreneurial expat promoter Chris Pook wearied of his dealings with F1 and, wisely as it turned out, swapped allegiance to Indycars in ’84. Detroit’s GP ran from John Watson’s slice-and-dice victory of ’82 (from 17th on the grid) to Ayrton Senna’s hat trick of ’88. I liked both but, of the two, preferred the latter.

To race in Motown seemed wholly appropriate as the manufacturers began to flex their muscle within F1. Jackie Stewart, a fully paid up member of clan Ford, was in his element: “An amazing race track,” he gushed on ABC TV. “A glamorous, glamorous way to run a motor race.”

JYS, however, had lapsed into hyperbole. The circuit’s original layout was too twisty – the hairpin left at Turn Five was bypassed the following year – and its surface had a tendency to fragment. The drivers demanded many infrastructure improvements, the schedule ran dramatically late and the 86mph lap speed did not overly impress the gas-guzzling locals when proceedings finally got under way.

It was Watson who saved the day. Passing three rivals – McLaren-Ford team-mate Niki Lauda, Eddie Cheever and Didier Pironi in a single lap – he won the restarted race by 15.7sec. 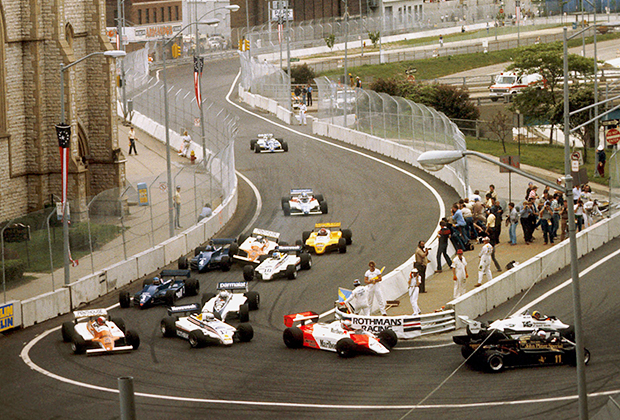 Detroit had initiated its F1 programme to boost the image of what had become a Problem City and the 2.5-mile circuit looped beneath the aptly named and suitably grandiose 72-storey Renaissance Centre. Thanks to ‘Wattie’, and the appropriate relocation of sufficient greenbacks, all concerned were happy to give it another go.

Michele Alboreto won the following year to hand Tyrrell, that most ‘Ford’ of teams, and the Ford-backed Cosworth V8 their final GP victories. Keke Rosberg’s Williams-Ford finished second and Watson was third (from 21st on the grid). Detroit’s movers (and shakers) were delighted.

In 1984, Nelson Piquet’s Brabham’s-BMW led a restarted race from first to last, while whippersnapper Martin Brundle finished second for Tyrrell in his last start before breaking his ankles. Just hours after the race, however, the controversy that would sink Uncle Ken’s team that year burst its tanks.

Redoubtable street fighter Rosberg won in 1985, his Williams now Powered by Honda, while Stefan Bellof gave the 3-litre Cosworth V8 its final points with a fourth place that might have been a podium finish but for his Tyrrell’s broken clutch. Team-mate Brundle had been running ahead of him when he collided with a backmarker. 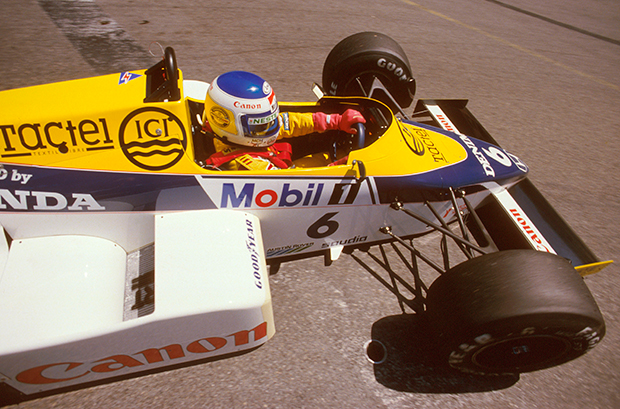 From then on Senna, the most streetwise of racers, ruled the roost. In 1986, he recovered from a rear puncture. In ’87, he smoothed the actively suspended, Caddy-riding Lotus 99T to its second win in as many races. And in ’88 he trounced McLaren team-mate Alain Prost.

Nobody else, however, was enjoying themselves much. The newness had worn off. The temporary pits were condemned. The bumps had begun to jar. Detroit’s problems had deepened – I recommend you watch Julien Temple’s thought-provoking documentary on this ongoing dystopian cultural car crash (as well as his excellent Oil City Confidential about Canvey Island pub rockers Dr Feelgood.) And fair-weather F1 slung its hook to the warmer climes of Cheever’s Phoenix. (Eddie would finish third in an Arrows-Ford.)

This race was awarded the unifying moniker United States GP, which had lain fallow since F1 had fled Watkins Glen in 1980, but the venue was not a success and would have been almost entirely forgettable but for Jean Alesi’s 1990 antics in a Tyrrell-Ford.

Money talks in F1 – especially when cross-examined by a whip-smart QC – and the United States is the greatest consumer economy. The uncomfortable bottom line, however, is that this apparent meeting of minds has usually resulted in them butting heads. Divided by a common interest, the bucks always seem greener elsewhere. 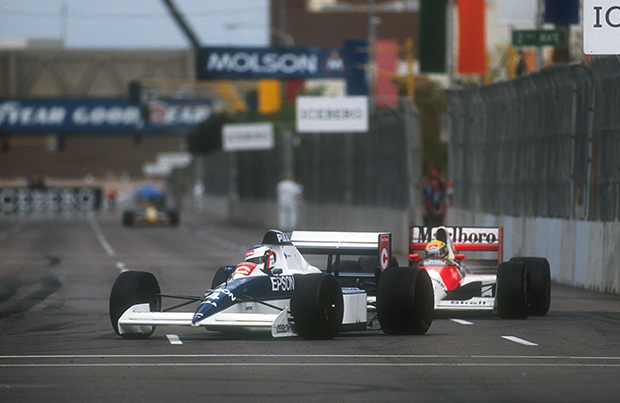 The feel-good factor at Austin 2012, however, cannot be bought. The crowd there did not consist merely of the curious, who had moseyed to the end of the road to see what was making the racket, it had undertaken a singular trip to an event made precious by its rarity and specialty. Nor did the event have the undeniable poor-relation air redolent at Indianapolis, where cavernous grandstands swallowed a huge crowd whole before spitting it out.

F1 survived without America and, obviously, vice versa, but they were the poorer without. I refer not to the narrow-minded economic sense. If they can learn again to fall in love with the ‘little things’ and recapture some of the Glen Motor Inn spirit – and it seems as though they might be on the verge of doing so – they will get along just dandy.

Fail, and it will be Long Beach, Vegas, Detroit, Dallas, Phoenix and Indy all over again.