An incredible start to the 2021 season set the scene for what could become a season-long battle between Lewis Hamilton and Max Verstappen.

The battle at the front of the field was a knife-edge affair from lights out, with strategy setting up a showdown in the final laps between champion and contender, but there was plenty more action through the field.

An impressive debut from Yuki Tsunoda, world champions battling for the minor points positions and intrigue off the track packed plenty into the opening weekend of the season.

Here are some of the things you might have missed from the Bahrain Grand Prix. 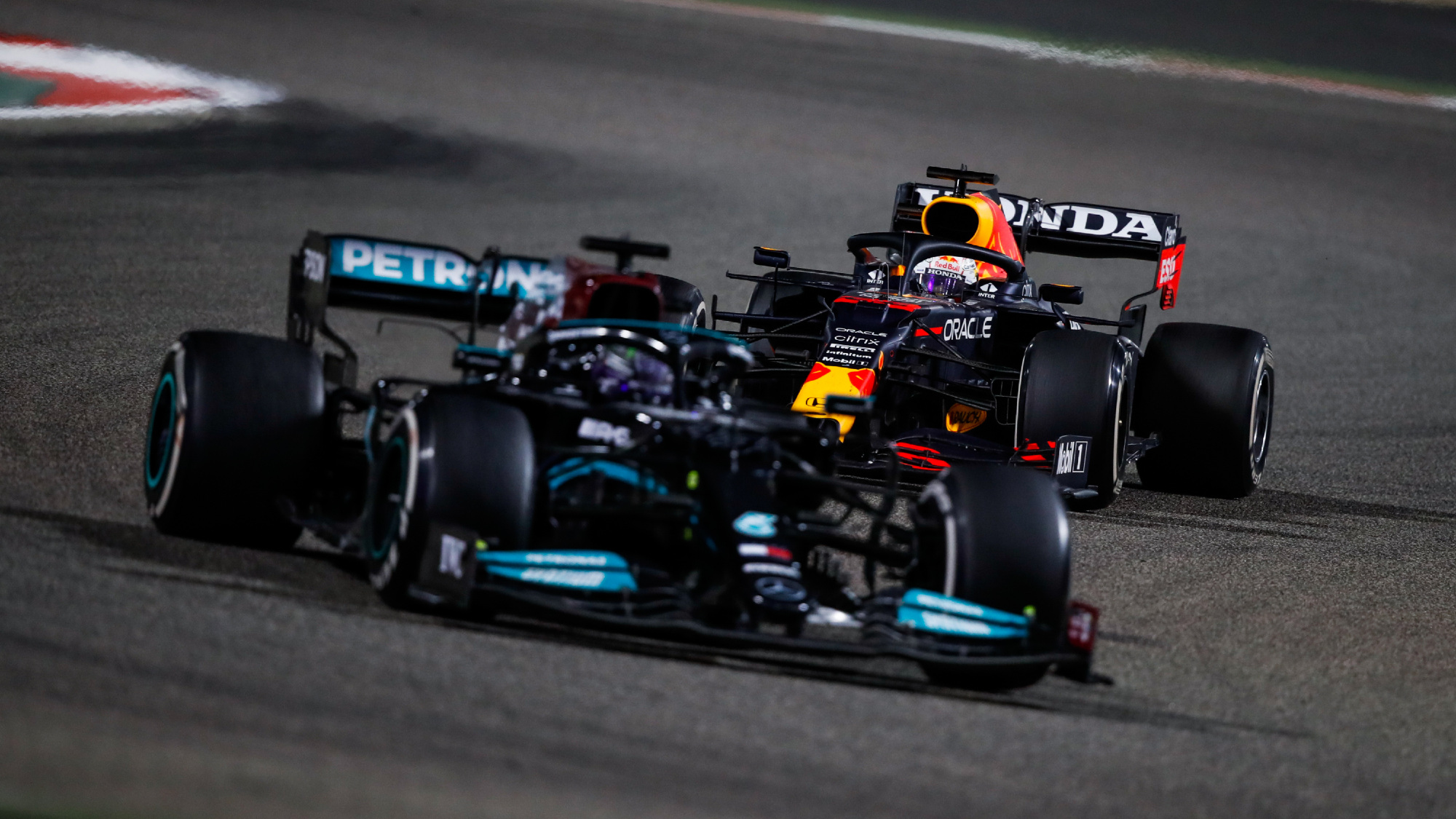 It was a race-deciding move when Max Verstappen unwillingly let Lewis Hamilton repass him following his audacious but over-the-limit pass around the outside of Turn Four on lap 53.

The Red Bull team was instructed by race control to let the Mercedes driver back through because Verstappen had all four wheels outside the designated track limits when he completed his pass, making it illegal.

Both Hamilton and Verstappen voiced their unhappiness with how race control elected to enforce track limits on race day, and Toto Wolff added a third major voice in calls for greater clarification in the future.

How Mercedes sneaked past Red Bull with bold strategy in Bahrain

The first instalment of what could be the battle of the ages was won in sensational style by Lewis Hamilton and Mercedes. Between them, they took the ball from the…

During practice and qualifying, exceeding track limits at Turn Four was defined as putting all four wheels over the red and white kerb. It was agreed pre-race that this was not going to be strictly monitored during the Grand Prix.

Verstappen ran into trouble, not because he exceeded the track limits but because he was overtaking at the same time.

The race director’s notes for the event include the following section with regards to track limits violations: “Should a car leave the track the driver may re-join, however, this may only be done when it is safe to do so and without gaining any lasting advantage.”

Gaining a position was deemed as a lasting advantage by race control (Michael Masi), and Verstappen’s pass was therefore against the regulations.

Whether track limits should be enforced identically throughout every session is a separate issue and one that is sure to rage on until the teams reconvene at Imola in three weeks time. 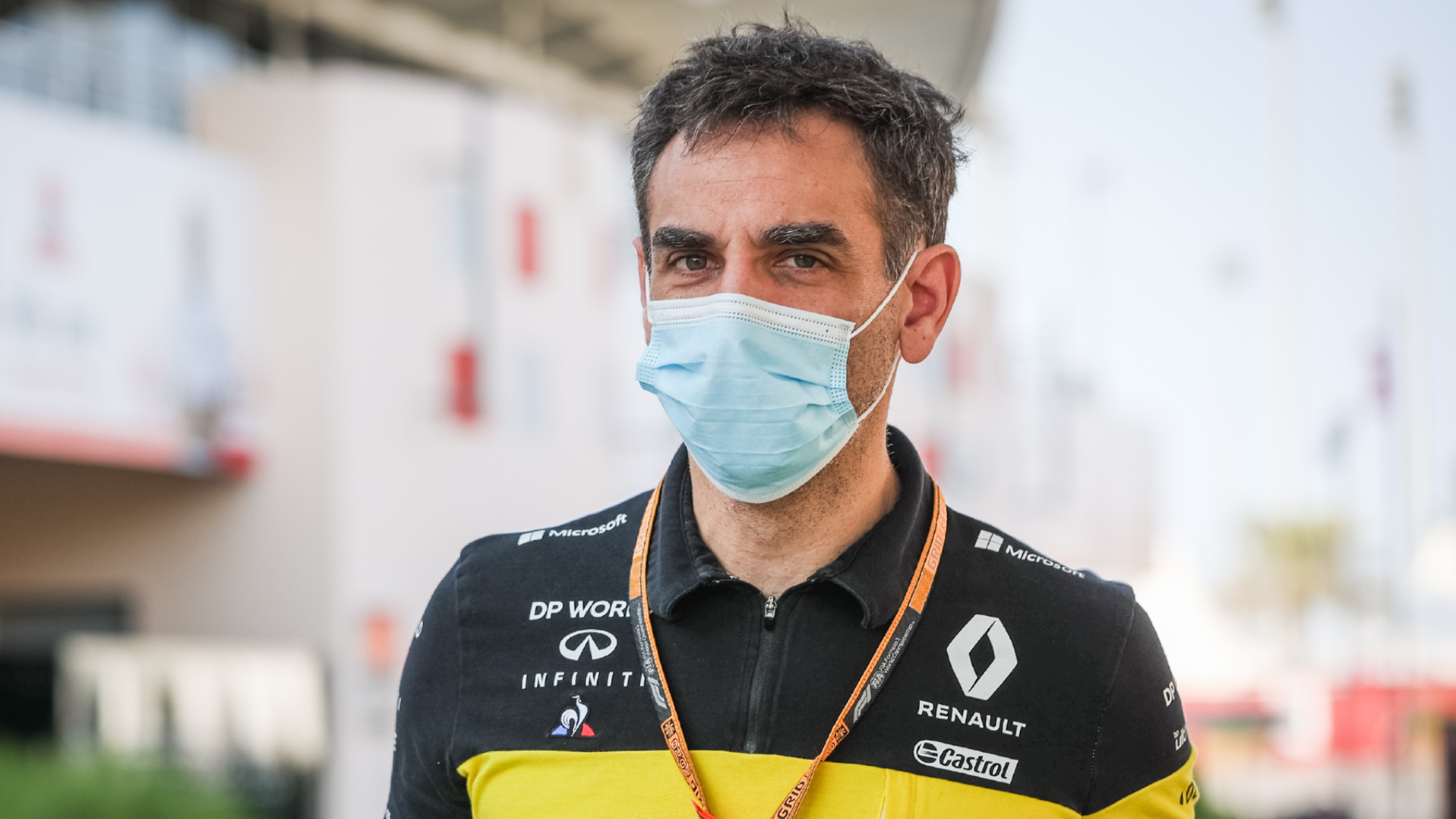 Abiteboul had been expected to take up a new position within the team, perhaps higher up the chain than team principal, so it was a surprise when he was let go during the winter break.

Reasons why have been hard to come by — until now. Abiteboul was reportedly sacked by Renault CEO Luca de Meo for poor performance after the team finished fifth in the constructors’ standings last season.

According to Sky Sports F1’s Ted Kravitz, de Meo then sought to replace Abiteboul, which led to the peculiar management structure at Alpine for the 2021 season, with Davide Brivio, Marcin Budkowski and Laurent Rossi sharing critical operational roles for the race team.

Alpine has not yet responded to Motor Sport over clarification on Abiteboul’s departure from the team.

After his lighting pace during testing and practice, Yuki Tsunoda dropping out of qualifying in Q2 was disappointing for a driver that had promised a lot ahead of his F1 debut.

He didn’t disappoint on race day though. Making up for a conservative start, Tsunoda slowly but surely made his way up the order and into the top 10 by the end of the race, including some great overtakes on world champions Fernando Alonso, Sebastian Vettel and Kimi Räikkönen.

But he wasn’t quite done there. While the fireworks were happening out in front between Max Verstappen and Lewis Hamilton, the AlphaTauri man was reeling in the Aston Martin of Lance Stroll. However. P9 still looked out of reach by the final lap.

Not for Tsunoda. He had pulled off a similar move on Alonso earlier in the race and an audacious dive down the inside of the Canadian on lap 56 doubled Tsunoda’s points haul from his opening F1 race in style.

Old tyres or not, Sebastian Vettel was not letting Fernando Alonso through on Sunday night.

The two battled tooth and nail for ninth place during the second stint of the Bahrain GP, and the old rivalry between the two and four-times world champions has not diminished in Alonso’s break from F1.

Carlos Sainz surged past both in his Ferrari and onto more points but Vettel lunged back down the inside of Alonso twice during their duel, even though his tyres were crying enough. It cost the Spaniard vital time in the fight for points, keeping him penned up behind the sister AM car after Stroll had dispatched of his team-mate on lap 20.

Eventually, a lock-up by Vettel allowed the Alpine driver through but the competitive needle was still there to see on race day, nine years after they last fought one another for the F1 crown.

Vettel’s night only got worse from there, ending up P15 after contact with Esteban Ocon, while Alonso was forced to retire from the race after a sandwich bag became lodged in a rear brake duct, causing them to overheat and eventually fail.