Simon Arron on the masterful drives of Chris Amon and Jackie Stewart at the 1972 Formula 1 French Grand Prix, at a venue sorely missed from the calendar… 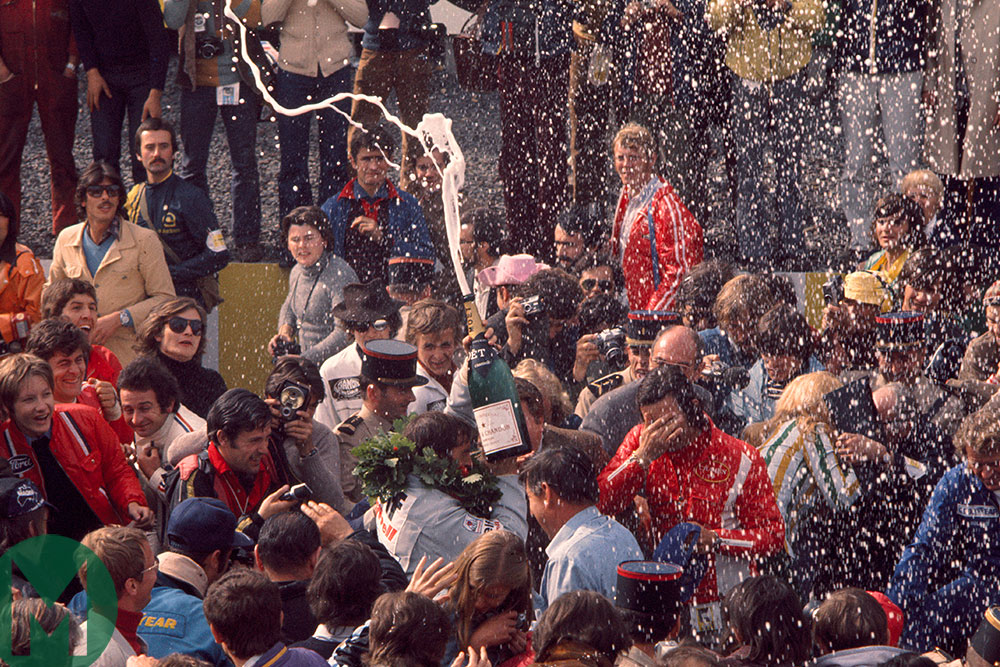 As the inventor of motor racing, France is a welcome returnee to the Formula 1 calendar and really shouldn’t have been struck off in the first place, but our sport is oft a flawed meritocracy…

Over time the nation has been blessed with some of the most sumptuous host circuits in F1 history – Reims, Rouen and Dijon-Prenois, to name but three that were more physically dramatic than Paul Ricard, with its endless, multi-coloured run-offs. The finest stage of all, though, was perhaps an 8.055-kilometre ribbon of asphalt that once carved through the Massif Central, in the Auvergne. Home to the French Grand Prix on four occasions between 1965 and 1972, Charade, near Clermont-Ferrand, was one of the world’s most challenging circuits (as, indeed, it remains, in its present, sawn-off guise).

Jackie Stewart won two of those four races and finished second in the first. “It was simply one of the very finest racetracks,” he said, reflecting some years later on its obsolete magnificence. “People talk about the original Nürburgring and the old, full-length Spa-Francorchamps being classic road-racing circuits of their day, but I’d put Clermont-Ferrand in the same league.

“I first went there in 1964, to race in Formula 2. I’d never seen the place before and found it really difficult – geographically many of the corners were quite similar and it was hard to pick out useful landmarks, but I absolutely loved it.”

Driving a Ron Harris-entered Lotus 32, Stewart finished second to Denny Hulme’s Brabham BT10 on that occasion – and, by now a BRM driver, repeated the result one year later when the French GP first visited. “Two weeks beforehand I’d finished to Jim Clark at Spa,” Stewart said, “and the result was the same in France. That was important to me, because Jimmy was the benchmark and it meant a lot to finish second to him at places such as Spa and Clermont, because they were a real test.”

Stewart won the next French GP to take place at Charade, during his dominant summer of 1969, but three years later it looked as though he’d have to settle for second best.

Chris Amon qualified his Matra on pole, eight tenths clear of Hulme’s McLaren and 1.6sec faster than Stewart. Amon was justly regarded as one of the finest drivers of his era, though his CV didn’t reflect as much. Time without number, misfortune would strike just as he appeared to have a race won. In 1967 he was poised to wrest the lead from Clark in the United States GP when his oil pressure dipped. The following year, he dominated the Spanish GP for Ferrari until a faulty fuel pump fuse intervened. In 1971, he was part of a slipstreaming group at the head of the pack in the Italian GP at Monza: leading with seven laps to go, he ripped away a tear-off strip… only for his whole visor come adrift in his hand. France 1972, though, finally appeared to be his day of days. He pulled out an early lead and looked to be in complete control… but Charade had a few particular hazards.

“One of the golden rules was not to put a wheel over the edge of the track,” Stewart said. “We had very wide tyres in those days, and they were quite thin. Because of its location, the circuit was surrounded by these little black rocks – and they were fiercely sharp. You really didn’t want to overdrive, but keeping on the track wasn’t easy because it was quite narrow – and very dusty off the racing line.”

Its natural hazards were showcased in a most unfortunate manner on lap nine, when a stone flicked up by another car pierced the visor of BRM’s young Austrian driver Helmut Marko: his left eye could not be saved and a promising career was over.

Our sport is oft a flawed meritocracy…

Amon remained in charge until – perhaps inevitably, given his track record – a fragment of volcanic France perforated his front left Goodyear and forced him to pit just beyond half-distance. It was a cruel blow… but also the catalyst for a sensational recovery drive that subsequently carried the Kiwi from eighth to third. As his Matra’s mellifluous V12 symphony echoed around the rocky landscape, he tore chunks out of the lap record and reduced it to 2min 53.9sec, only half a second shy of his pole time.

In the end, he failed by just four seconds to catch Emerson Fittipaldi’s second-placed Lotus, but Stewart’s Tyrrell was by then almost half a minute clear. “It was a liberating victory for me,” Stewart said, “because I had been out of action for a few weeks with an ulcer. People were talking about how I was yesterday’s man, how I was going to retire and all that kind of stuff, so it was a great way to come back.”

Most of the plaudits, though, were reserved for the man who finished third – and for the circuit itself. In the August 1972 edition of Motor Sport, Denis Jenkinson wrote: “Throughout the two days of practice and the race, the words of praise that were showered on the circuit were almost embarrassing. ‘Magnificent, terrific, superb, the best in Europe, marvellous, beautiful’ were all expressions heard continuously from drivers, professional followers and the elite of Grand Prix racing’s inner circle. Charade has always been all these things, it is just that some people were new to the scene.”

Oddly, the French GP was never to return.