Lewis Hamilton says that British fans shouldn’t be used to test a full-capacity Grand Prix at Silverstone next month, even though he’s excited to see the stands full.

The seven-time champion declared himself “split” by the decision to allow a 140,000-strong crowd at this year’s British Grand Prix, saying that he’s looking forward to the energy that they bring, but that it “feels a bit premature” as Covid rates rise.

Silverstone announced that it would host a 140,000 capacity crowd in July after joining the government’s Event Research Programme, designed to test how large events can be run safely.

Speaking in a press conference ahead of this weekend’s Styrian Grand Prix, Hamilton was told that all attendees would need to be vaccinated, although Silverstone says that non-vaccinated ticket holders who have proof of a negative Covid test will also be admitted.

He said that this didn’t change his opinion because he likes to be cautious. 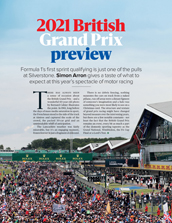 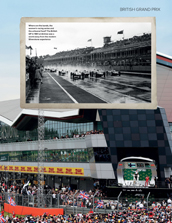 “I’m kind of split,” said Hamilton. “I can’t say how excited I am to see people and to see the British crowd, because it is the best crowd of the whole year; last year we didn’t have them.” He added that he was looking forward to “feeling the energy that they bring into a weekend”.

“On the second obviously because I watch the news I hear about the cases going up massively in the UK and so on that side I worry for people, naturally.

“I read that the vaccination is good — there’s less people being in hospital but it feels a bit premature to me.”

This weekend’s Styrian Grand Prix will be open to a limited crowd at the Red Bull Ring, but the circuit will be at capacity for next week’s Austrian race, ahead of the British Grand Prix.

“I think it has been great we’ve had people in, even in the last race and I’ve not heard any negative things,” said Hamilton. “But I like to err on the side of caution and, you know, slowly build up rather than full pelt and using our British fans as a test, you know.

“I hope we learn something from it, and I hope everyone stays safe, keep their masks on. That’s why I’d encourage everyone to continue to wash their hands, continuing to to wear your masks when you’re in those big crowds.”