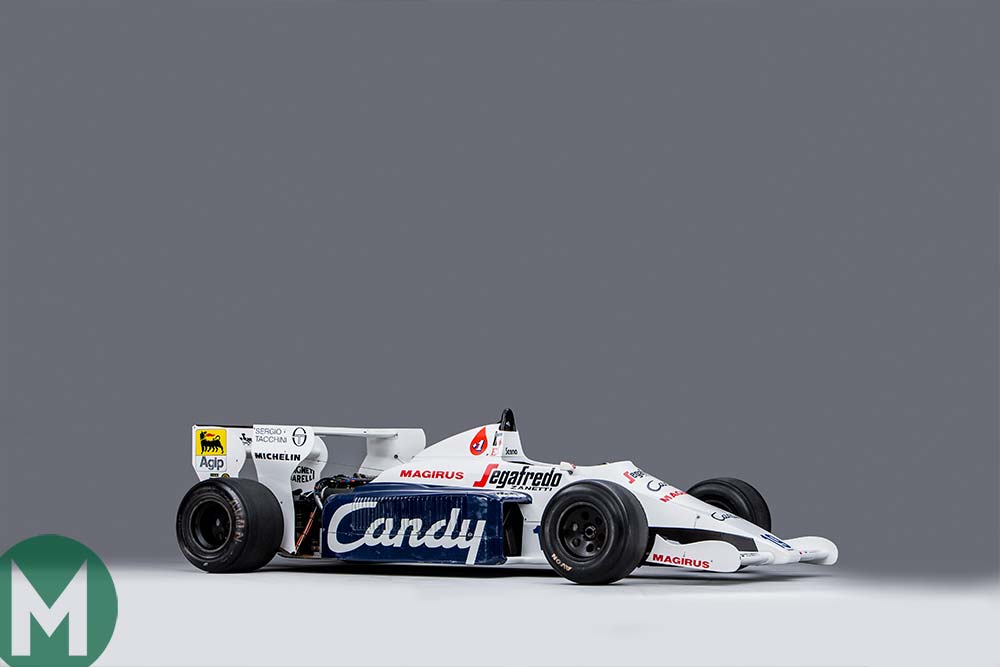 Ayrton Senna’s Toleman-Hart TG184, in which he first made his mark on Formula 1, will be offered at Bonhams’ Monaco Sale on May 11 at Villa La Vigie.

In this Toleman, Senna chased down Alain Prost’s McLaren MP4/2 in the rain before being denied the win by a premature end to the race, though the Brazilian was convinced that he’d won as Prost slowed after the finish. James Hunt announced Senna’s arrival into F1’s history books saying, “I think we are watching the arrival of Ayrton Senna as a truly outstanding talent in Grand Prix racing…”

Senna’s record-breaking McLaren MP4/8 is also being offered in the same Monaco auction.