It was early on Thursday evening when the Grand Prix Drivers’ Association delivered its bouncer – any sign of tyre trouble at the Nürburgring and its members would withdraw from the event – and very early on Friday when TV crews laid siege to Pirelli’s motorhome. In the slipstream of this spiky start, however, the paddock has since been a den of relative tranquillity. 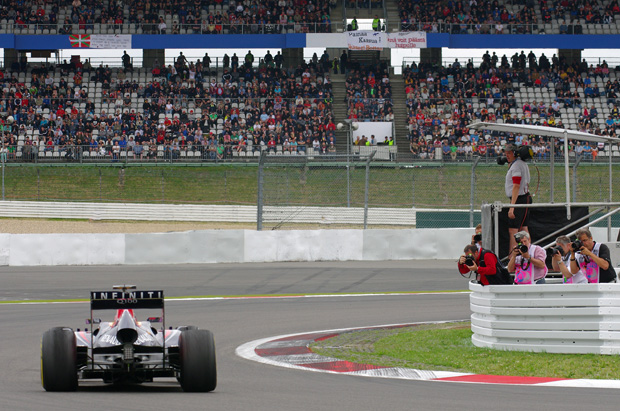 The ’Ring was never likely to replicate problems of the kind seen at Silverstone seven days beforehand. Cornering loads are much lower, for one thing, and Pirelli has taken the added precaution of dropping the steel-belted rear radials used at Silverstone in favour of the Kevlar alternatives trialled recently in Montreal. This is a one-race compromise and fresh compounds and constructions will be introduced later this month in Hungary.

Before a wheel had turned, the FIA also issued a mandate obliging teams to follow a strict set of guidelines in terms of tyre usage. Henceforth, cars must run at least 16psi at the start of sessions, with 20 and 19psi as the stabilised minimum, front to rear. Maximum negative cambers have been set at 4.0 and 2.5 degrees (front/rear) and the practice of swapping left- and right-hand tyres – something teams have been doing throughout the season, in the interests of greater longevity – has now been outlawed. Such practice was done with Pirelli’s full knowledge and consent, but the Italian firm’s motorsport boss Paul Hembery admits this was a mistake. “Swapping the tyres created a weakness,” he said, “and we underestimated its impact.” 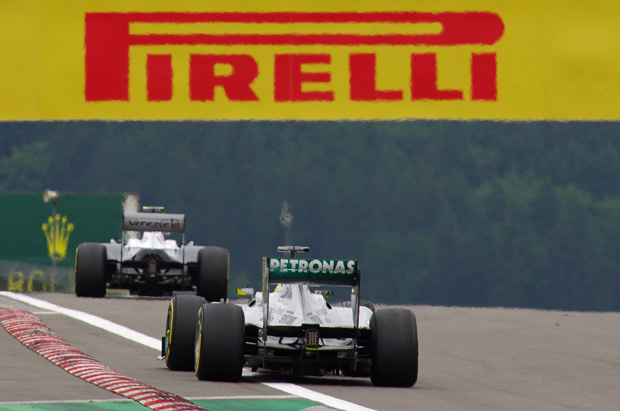 Hembery was asked whether he feared that the FIA might seek an alternative tyre supplier for 2014 – principally Michelin, one of precious few companies that might have the capacity to become involved at fairly short notice. Hembery swatted that one away and gave a politically adept response underlining the FIA’s undying support…

“I’d have no interest under current conditions,” he said. “It is an ultra-technical environment, but at the moment they are capping performance. That saddens and angers me, because it’s not what the sport should be looking to do. We appreciate that there needs to be an element of spectacle within racing, but there has to be a sensible compromise between that and technology.”

He denied, however, that Michelin would flatly refuse to tender for a contract, should Pirelli withdraw. “We live in the same world as everybody else and F1 could be interesting,” he said. “We are ready to sit down and say, ‘OK, here are some ideas to maintain the spectacle and at the same time create an interesting challenge in terms of technology’. People ask why we go rallying when there’s no competition, but in each of the last two years we have covered the same mileage with a 20 per cent reduction in tyre use…”

Couasnon added that Michelin would only be prepared to come in if F1 switched to 18-inch wheel rims and low-profile tyres, similar to those used at Le Mans and on many high-performance road cars. F1 cars presently run on 13-inch rims, an inch shorter than those on a Toyota Aygo… 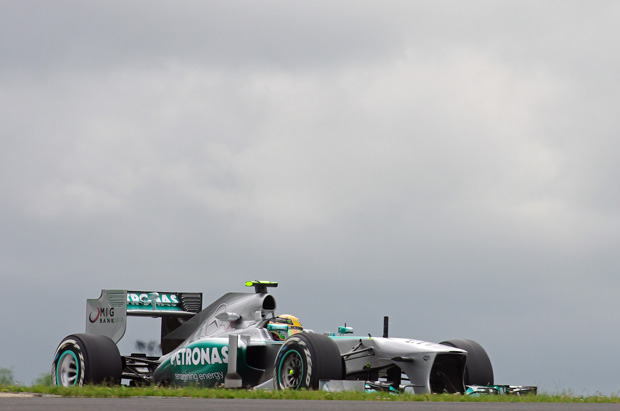 Back at the Nürburgring, Lewis Hamilton and Sebastian Vettel set the pace during the first two free practice sessions, the German posting quickest time of the day – a 1min 30.416sec – during the afternoon session. Pirelli’s soft and medium compounds performed without fault and Red Bull appeared to have a slight edge in terms of long-term pace, with Ferrari and Mercedes a few tenths off (although relative fuel loads are unknown). 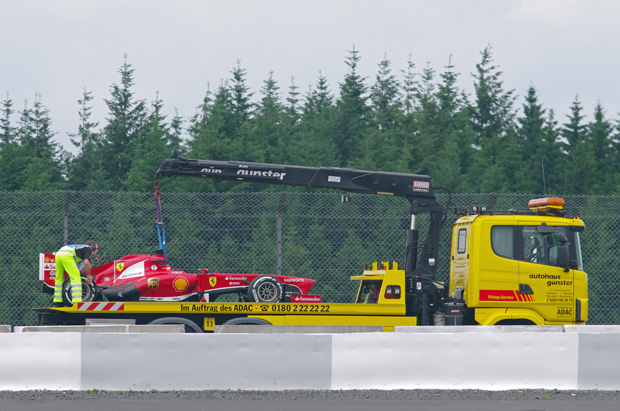 It wasn’t the smoothest of days for Ferrari, Fernando Alonso’s planned aero test programme being canned during the morning after the Spaniard failed to complete a flying lap because of what technical director Pat Fry called a “small, silly electrical problem”.

In light of recent events, though, small problems are a breath of fresh air. 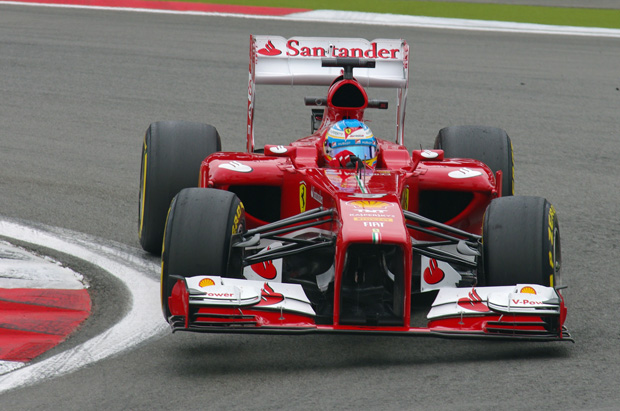