It may well have been a Wallonian washout at Spa-Francorchamps, but that doesn’t mean there wasn’t car-load to cogitate on in Belgium.

Qualifying started, then stopped, and the same happened for a race which at 3 laps is now the shortest grand prix ever. Some race!

Still, Lando Norris went from hero to zero, George Russell nipped in to take the plaudits, Nikita Mazepin had his greatest day and Haas actually won something. Here’s what’s going up and down at the 2021 Belgian GP. 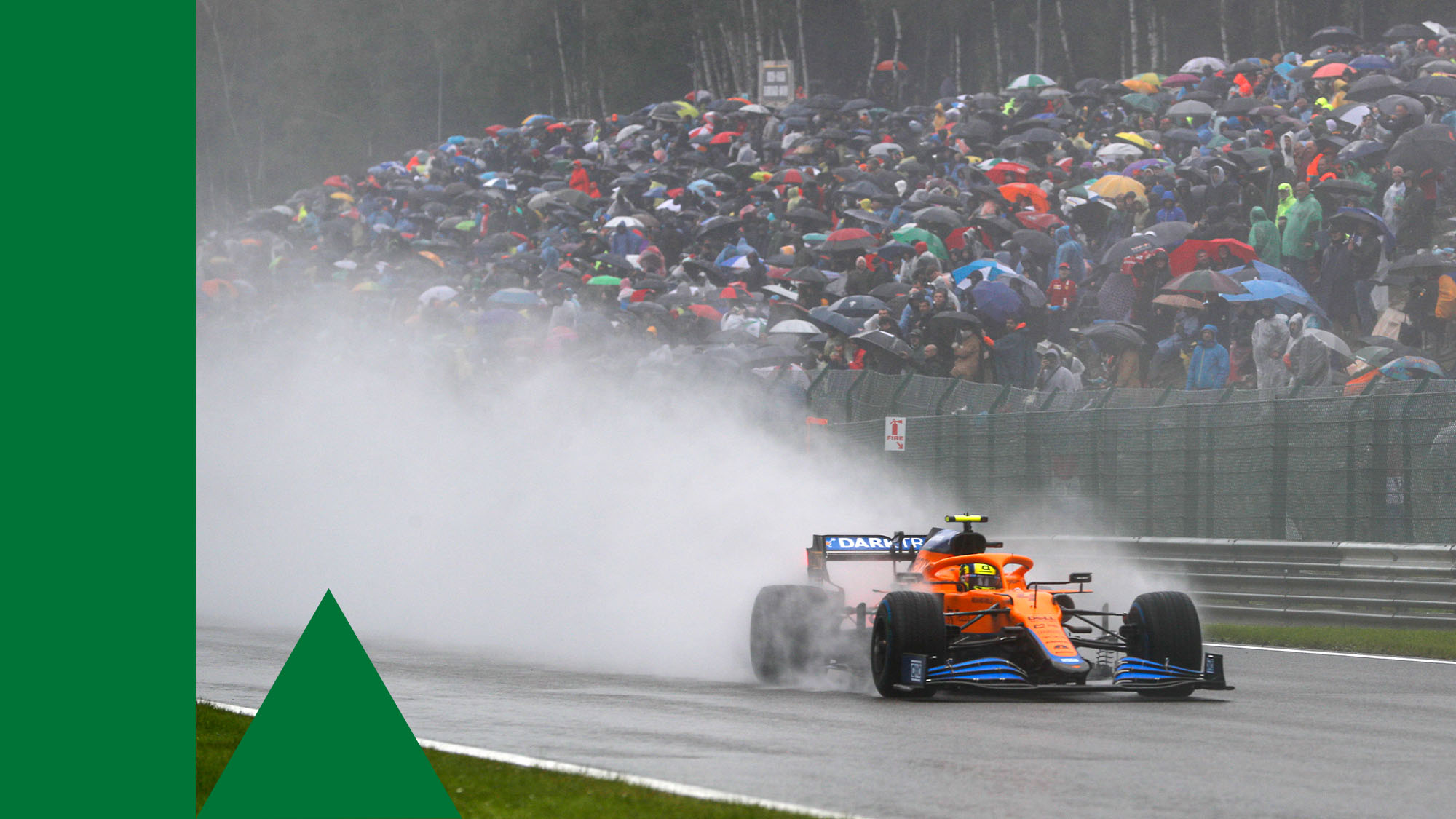 Lando Norris had the qualifying session of his life up to Q3, but came away with little

It could have been the greatest moment of Lando Norris’s sporting career so far. The Bristolian blew away the rest of the field in Q1 and Q2, looking a quite likely poleman – Norris and his McLaren MCL35M were seemingly a single entity.

As conditions worsened, Norris was the first man out on the track to brave the weather and get a lap in – and was rewarded with a huge shunt at Eau Rouge, destroying his car and putting him 14th on the grid after a necessary gearbox change.

The race ultimately didn’t run under the green flag, so Norris never got a chance to show how good he could’ve been on a Spa Sunday in the wet. If he’d had that pole, he might well have even been rewarded with the race win as Max Verstappen ultimately was. 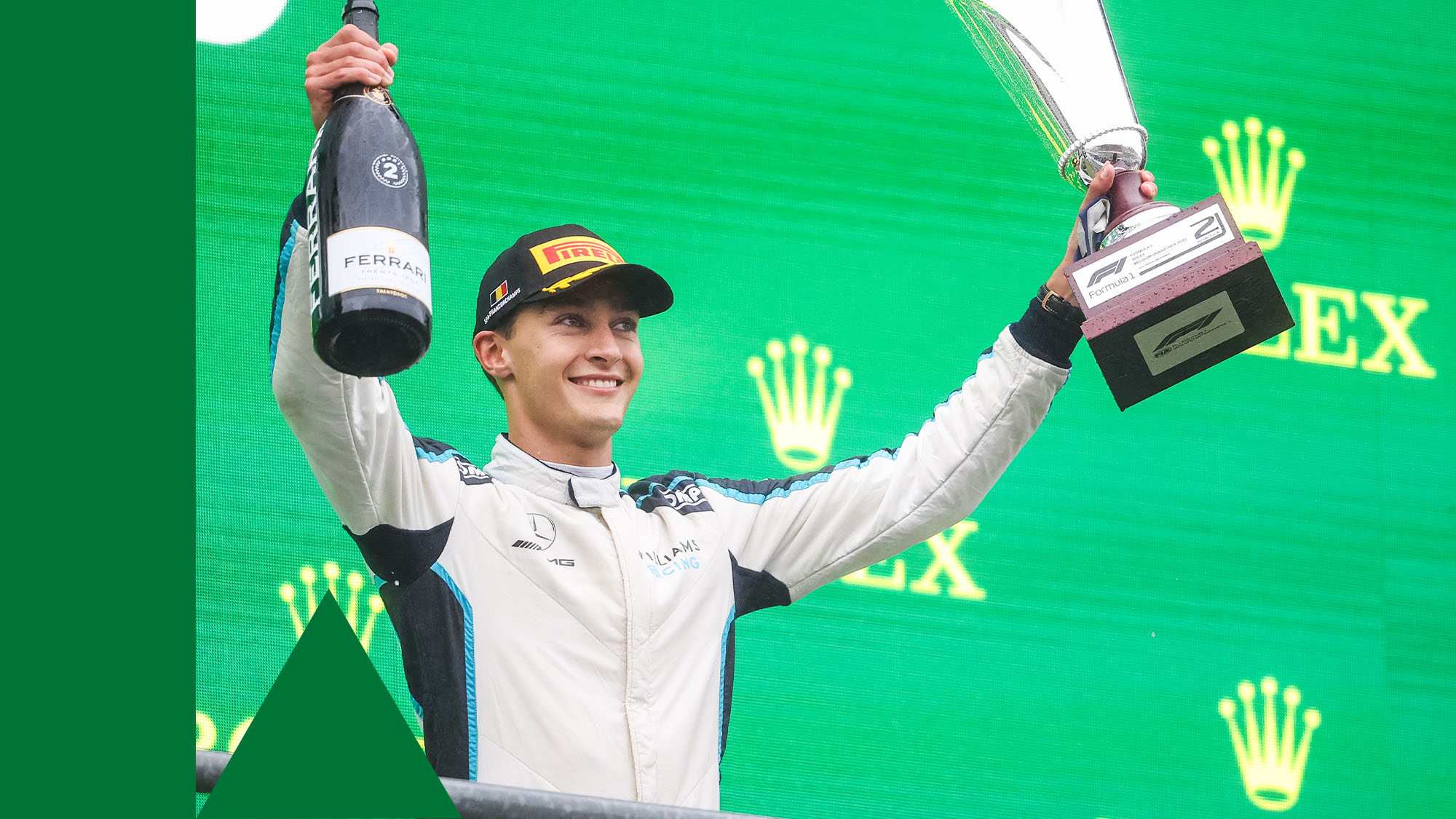 There’s some irony that after Norris lost out, it then put his friend and Brackley boy wonder George Russell in contention for the pole.

He didn’t get it, but an incredible lap out him second on the grid – which was then converted into a second place finish. After all the travails Russell has had on race days after incredible Saturday performances, it seemed deserved that he was handed this one.

It’s also a great tribute to the hard work of the whole team, showing that the old Volkswagen – sorry, new Williams! – management are getting things moving in the right direction for Grove at last. 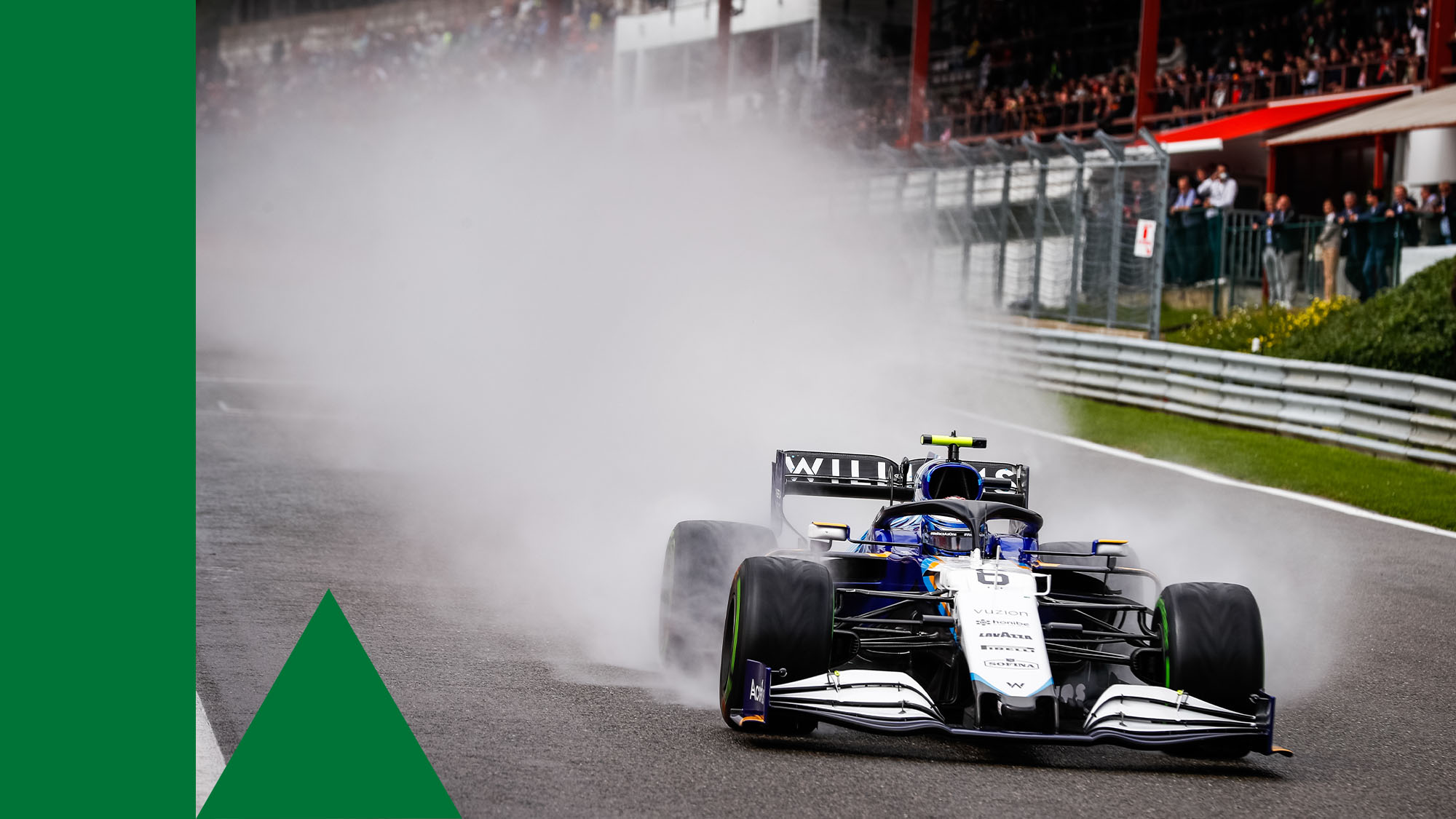 Still, you can’t please everyone. Nicholas Latifi, who managed a credible ninth (after grid penalties for Valtteri Bottas and Norris, plus Sergio Perez handily crashing) was actually 12th fastest on the Saturday, ten places off a team-mate who has been blessed with a slightly more cultured right foot.

Latifi’s analysis? “It doesn’t matter if it’s wet, it’s still a Williams.” Well done for saying it how it is Nico. Us mere mortals can relate.

There was a footballing showdown between Sebastian Vettel and Mick Schumacher, Aston Martin taking model cars for a spin, and an almighty karting race going on whilst F1 waited for the rain to abate.

More exciting than quite a few mid-2000s F1 races, that’s for sure. 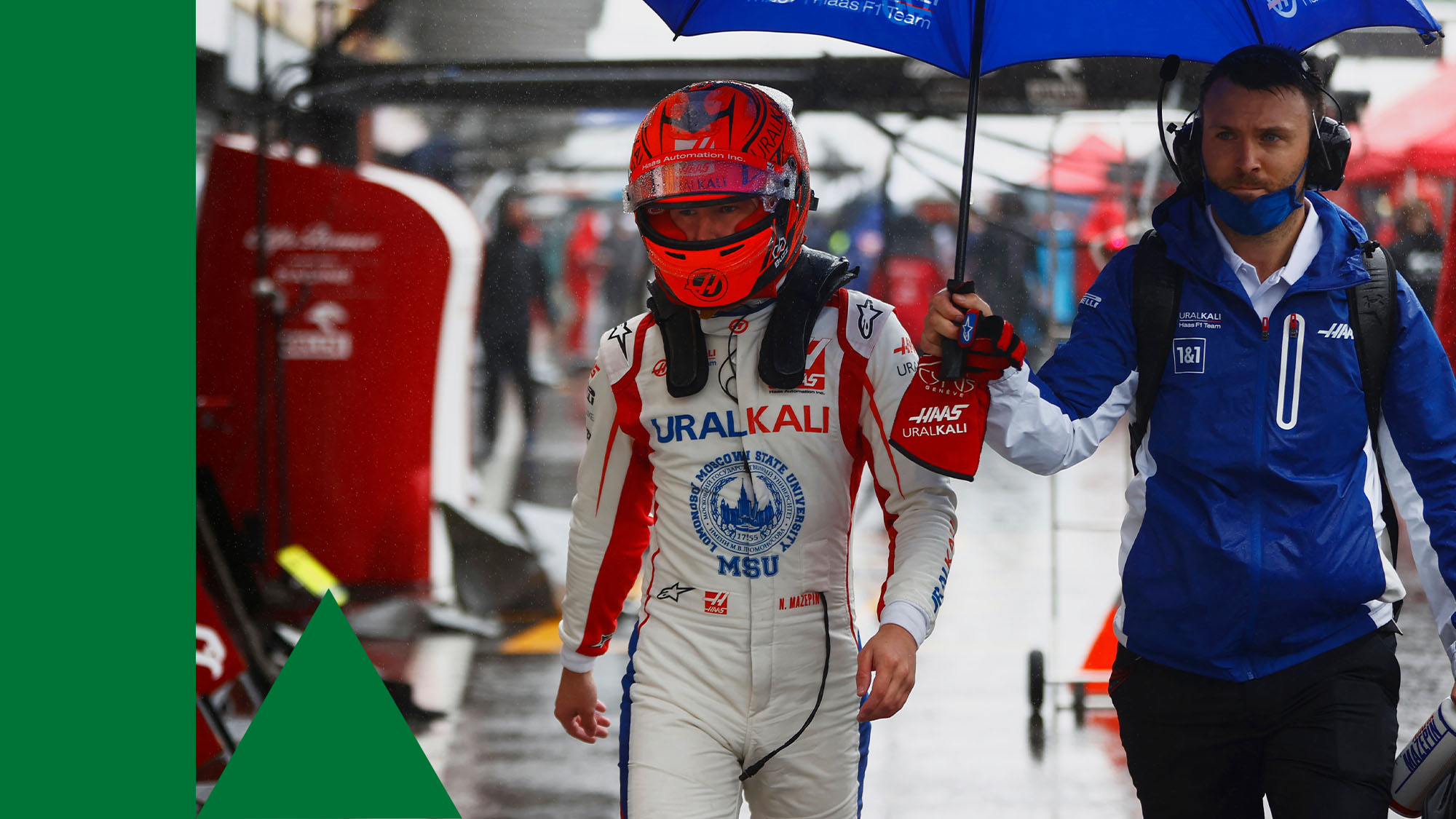 Who set the hottest ‘race’ lap at the 2021 Belgian GP? Why, Nikita Dmitryevich Mazepin, of course. The man from Moscow bizarrely set the fastest lap in the three-tour run round Spa-Francorchamps under the safety car – possibly set to be the crowning moment of his F1 career? 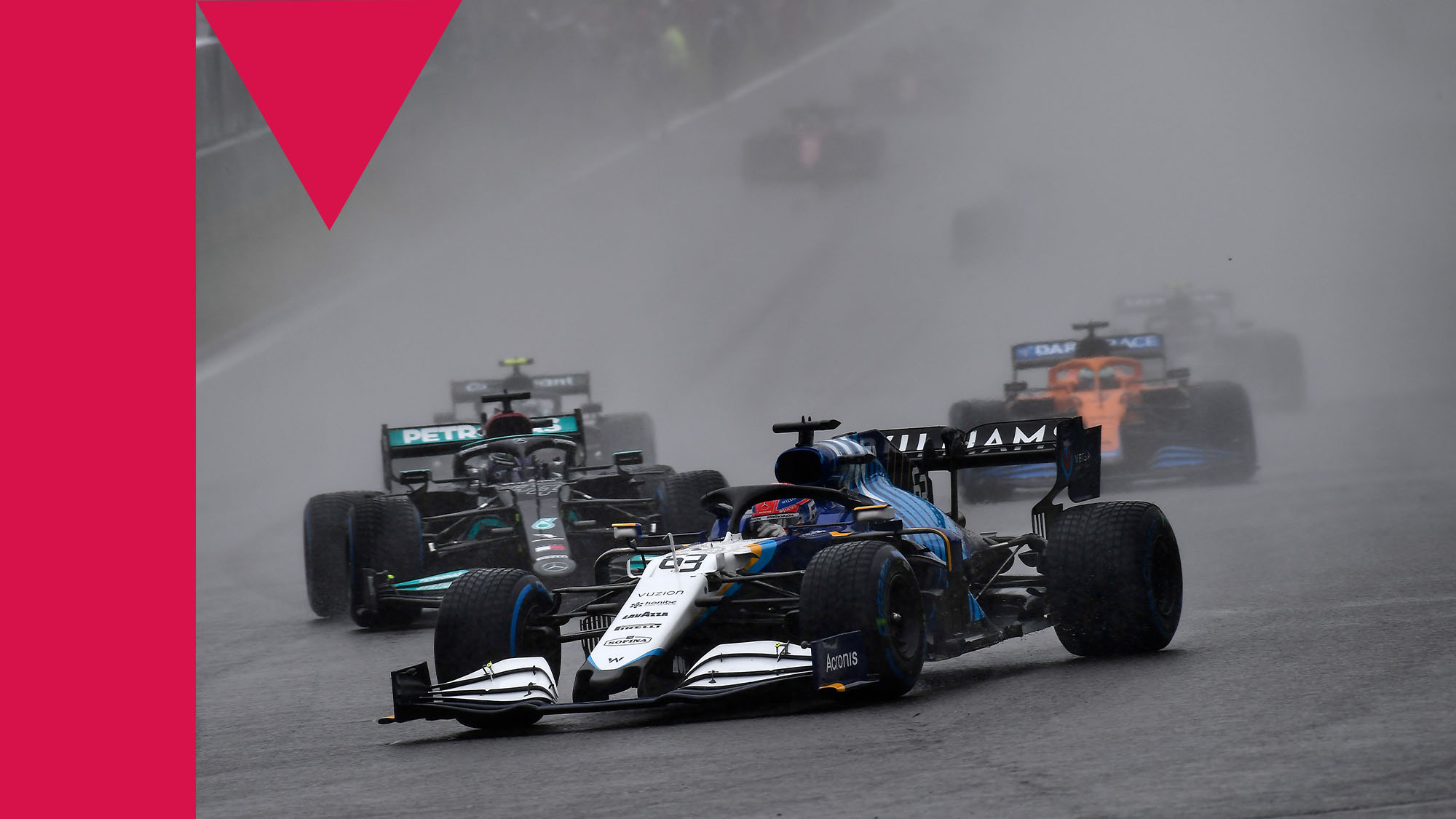 F1 got its ‘Banker Laps’ to secure the financial agreements – apparently

F1 running the race for just three laps, conveniently triggering commercial agreements which meant everyone who mattered to it got their money, isn’t a great look for a championship that’s so cheerily (and hilariously) promoted itself as being so inclusive and politically correct in recent years.

Clearly that inclusivity doesn’t stretch beyond the race track, to the actual fans, who are paying to keep the whole thing going.

Let’s hope those who sat around in the grandstands, in the rain, for hours on end, for almost nothing, are recompensed. “Money talks,” as Lewis Hamilton said after the race.

First of the losers 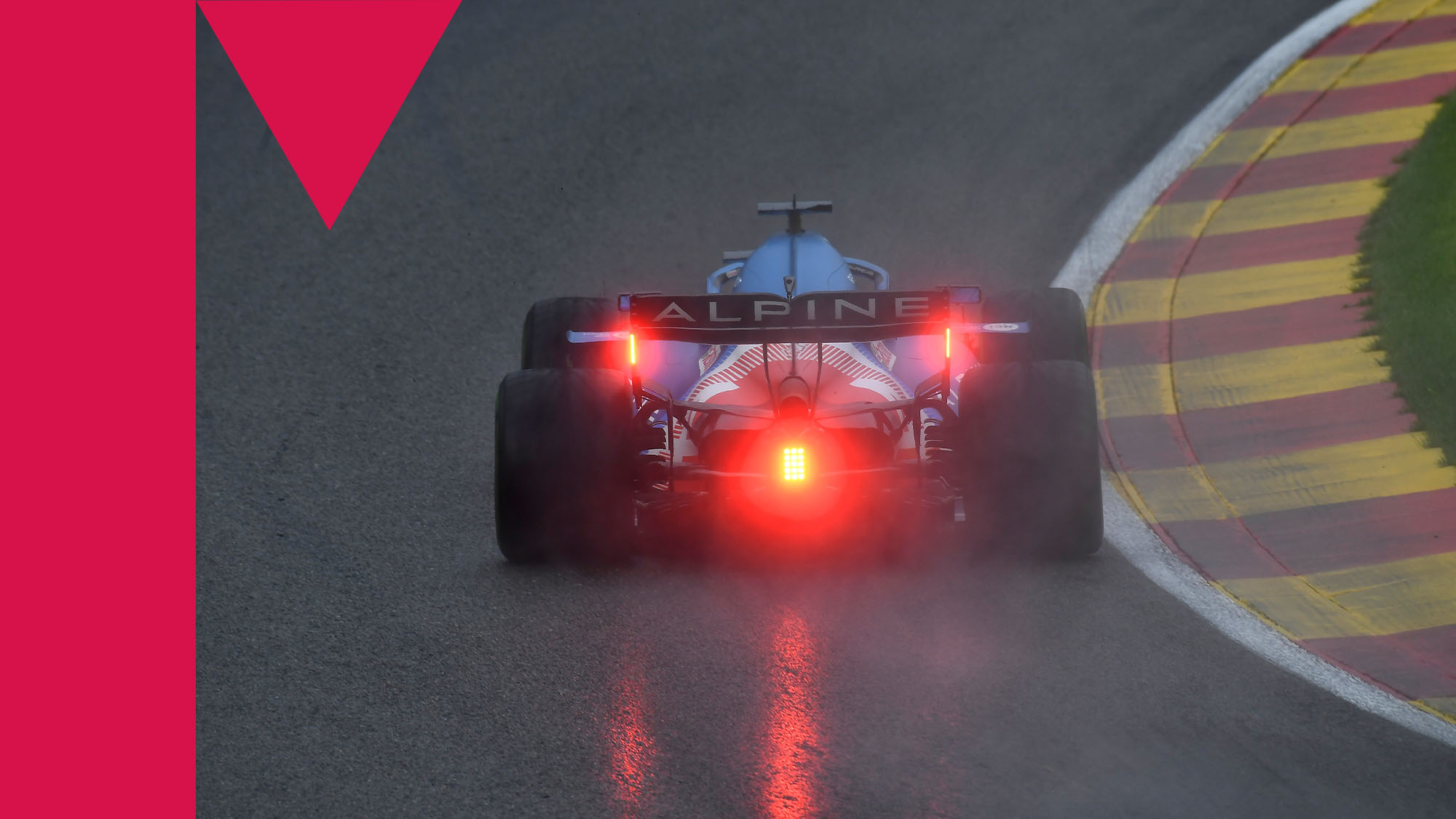 Fernando was permitted to fight

The top ten were awarded with half points, for the princely sum of three laps behind the safety car.

Those who didn’t make the top ten came away with nothing. As Fernando Alonso put it, “I’m P11 – the first idiot, in a way. I was not allowed to fight for points, but they gave the points.”

“In quali we struggled but today we didn’t race, and I got half a point for something that I think I don’t deserve, because I didn’t have a race,” the Spaniard commented. 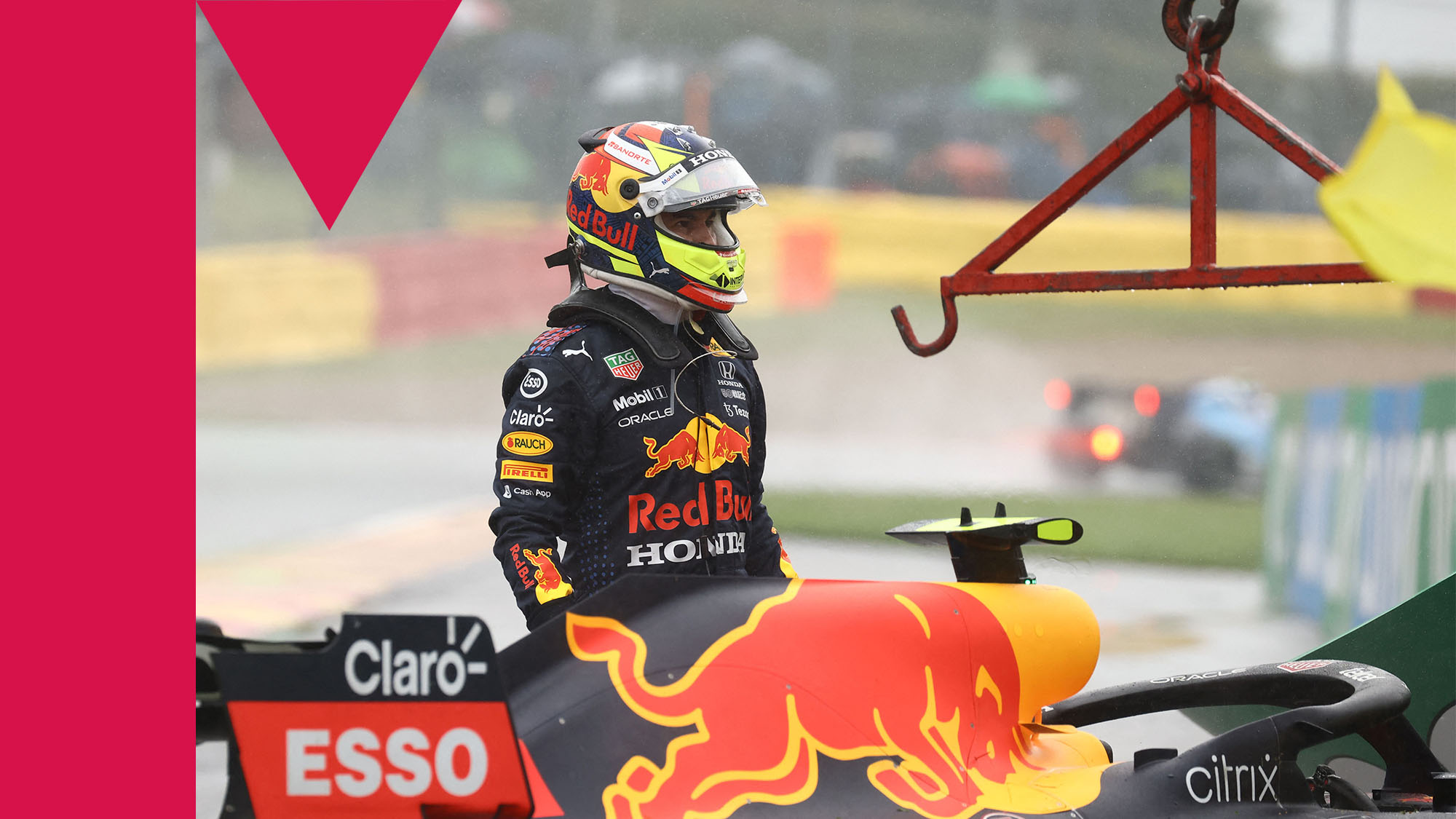 Title contenders Verstappen and Hamilton need their team-mates right with them to pick crucial points off their rivals. Neither seem up to it on a consistent basis though.

Sergio Perez crashed on his way to grid – only emulating his team-mate in that respect, to be fair – and was out of the race, but then reinstated, due to the fact the Grand Prix was delayed so long that his Red Bull crew had time to fix the smashed right front suspension on his RB16. But he’d have to start from the pitlane. Nul points the result.

Bottas, who was burdened with a five-place grid penalty for playing F1 skittles in Hungary, had a similar chocolate teapot of a performance. Only qualifying eighth, this meant he started 13th. Which meant no points also, due to the race basically not happening.