Previously on these pages, to re-phrase the opening titles of the best American soaps, we have examined why most are merely very good while a few are great.

Following a slight diversion via Milan and Giacomo Agostini (below with Rossi), I am ‘visiting’ this subject again today as we count down the hours until the red lights go out in Sao Paulo. 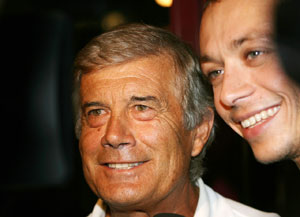 We have looked, previously, at the examples of Schumacher (Michael), Sebastien Loeb and of course Valentino Rossi who wrapped up his MotoGP season in the lovely Spanish city of Valencia at the weekend, having long ago taken his eighth championship. 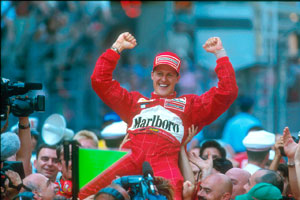 Of course there are others we could have mentioned. Lists like these are fraught with dangers, but we surely might have included Ascari, Nuvolari, Fangio, Moss, Clark, Surtees, Sheene, Stewart, Doohan and Senna. And then there is Giacomo Agostini. 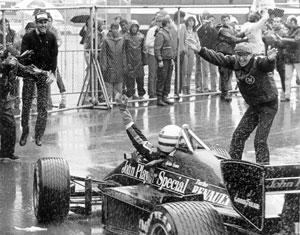 It is three decades since the man from Milan walked away from the sport he dominated, taking 122 Grand Prix victories, but he is still very much the romantic hero right across the world.

I know little about motorcycle racing but I love to watch the MotoGP men at work. Most of what I do know, I learn from the writings of our very own Mat Oxley (who writes about Rossi in our 1,000th edition) and a man called Rick Broadbent who writes for the London Times.

On the weekend of the race in Valencia, Broadbent contributed a fascinating and entertaining look back on Agostini’s career, and the great man’s perceptions of Rossi, the new King. 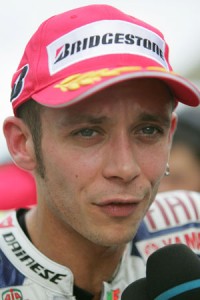 “The difference between Rossi and his rivals,” says Agostini, “ is that they are very good, but he is great.” And this simply underlines the importance, and the mystery, of those who are just that bit faster than everybody else. Those extra tenths come from some mysterious gift, from God in the case of Senna, and this precious gift cannot be taught, or bought.

This point is relevant as we approach the final Grand Prix of the 2008 season in Brazil. Either Massa or Hamilton will win the world championship, this we know, but are either of them great? Or merely very good? The jury is out on this one, for me at least, and will be for some time to come. Winning the championship will not instantly confer upon either man the mantle of greatness and this, I think, applies to the entire field with the possible exception of Fernando Alonso. For me, the Spaniard has the ingredients from which great drivers are created.

IF Hamilton wins the title at Interlagos, IF he drives a faultless race, and IF he goes on to win the title again next year, then he may be on his way to joining his hero Ayrton Senna as one of the sport’s great drivers. But these are big IFs. Made famous by Rudyard Kipling, this little two-letter word carries a huge amount of weight. Consider the words of British politician David Cameron in reference to what may or may not have been committed by his colleague George Osborne on a Russian boat in the Ionian Sea. “ IF my aunt had wheels,” he said, “she would be a bicycle.” That’s what he said. I much prefer Keke Rosberg’s oft-quoted musing. “IF my aunt had balls,” Keke said, “ she would be my uncle.” Perfect. If only our politicians could be so succinct. 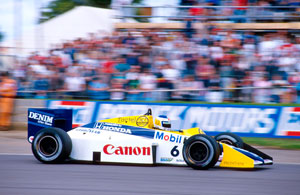 So many people are deemed to be ‘famous’ or ‘great’ or worse still, ‘awesome’. And yet so few are, in reality, any of these. Lewis Hamilton is certainly famous, and ‘awesome’ he was at Silverstone in the rain. But it will be some time before we can call him great. Whatever happens at Interlagos next weekend. 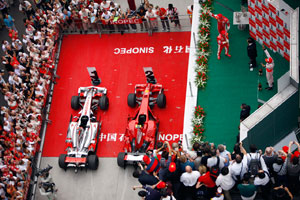 Oh yes, and Casey Stoner won in Valencia with Rossi coming home in third place. That can’t be right, can it? But then Rossi did take the 2008 title by a margin of 97 points. From Stoner. That sounds a bit more natural.