The 79th Goodwood Members’ Meeting clicks into gear this weekend, a classic competition car bonanza which demonstrates that the historic racing scene really is getting back to full strength at long last.

There’s few things quite like the scream of a V10 in the morning, and for those attending the Meeting this weekend there’ll be a veritable smorgasbord of up to 26 Formula 1 cars from that breathtaking era, plus a 20-strong Porsche 956/962 demonstration and the ‘global launch’ of legendary F1 designer Gordon Murray’s new T.33 supercar.

This is before all the racing action is even mentioned – those behind the wheel include five-times Le Mans winner Emmanuelle Pirro, British F1 ace John Watson, Porsche Le Mans legend Derek Bell and Ayrton Senna’s racing nephew Bruno, as some of the sport’s greatest drivers put a bevvy of its most iconic cars through their paces.

A whole weekend of single-seater, sports car and motorcycle action promises that this will be, as usual, a real celebration of the finest racing machinery in the world. 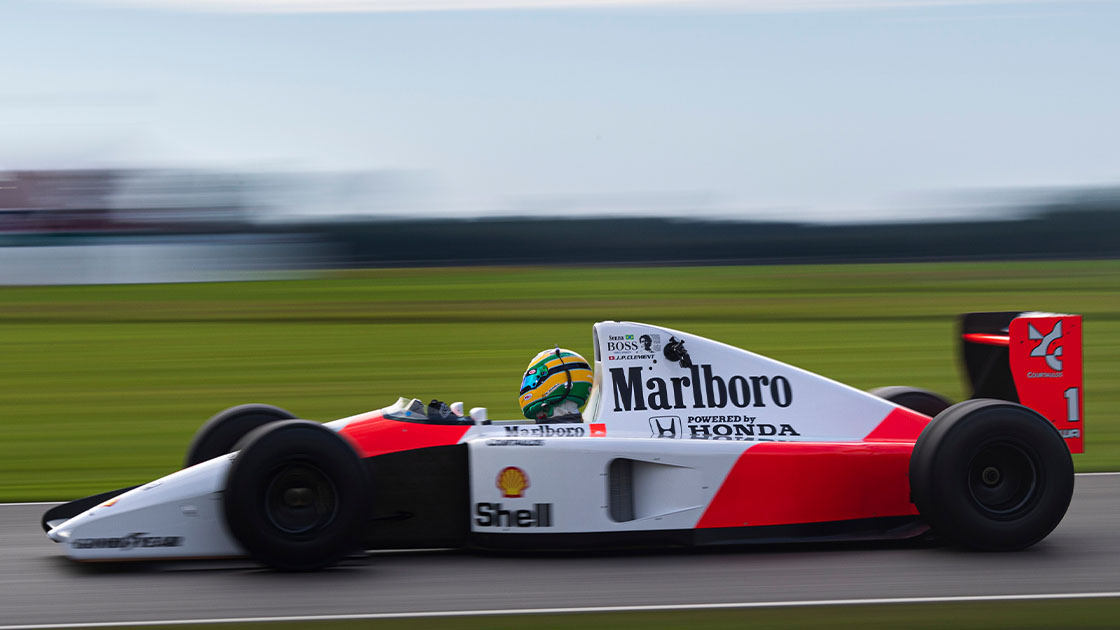 Bruno Senna will be piloting his uncle’s McLaren MP4/6

Few noises so loud inspire such nostalgia as the screech of a V10, and so Goodwood is acting accordingly by bringing in 26 for this weekend’s Meeting, 19 of which will be running on the circuit. 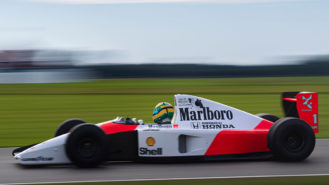 The headliners from the F1 demonstration include the McLaren MP4/5B, the weapon of choice for Ayrton Senna in his 1990 battle with Alain Prost, Michael Schumacher’s Benetton B193 in which he won the ’93 Portuguese GP in and the Benetton B190 that Nelson Piquet used to initiate an Enstone Indian summer by winning the last two races of 1990.

On display will be a Williams FW18, utilised by Damon Hill and Jacques Villeneuve to win 12 of 1996’s 16 events, the MP4/20 which Kimi Räikkönen won 7 2005 races in and the first two Ferraris of Michael Schumacher’s Scuderia tenure, the 310 and 310B.

Also joining on track will be the Jordan 194, which Rubens Barrichello drove to the his and the team’s first podium at the ’94 Pacific GP and their first pole at Spa.

Present too will be the Minardi 189, which 1999 Le Mans winner Pierluigi Martini took to the front row at Phoenix ’90 and scored a number of points finishes in. 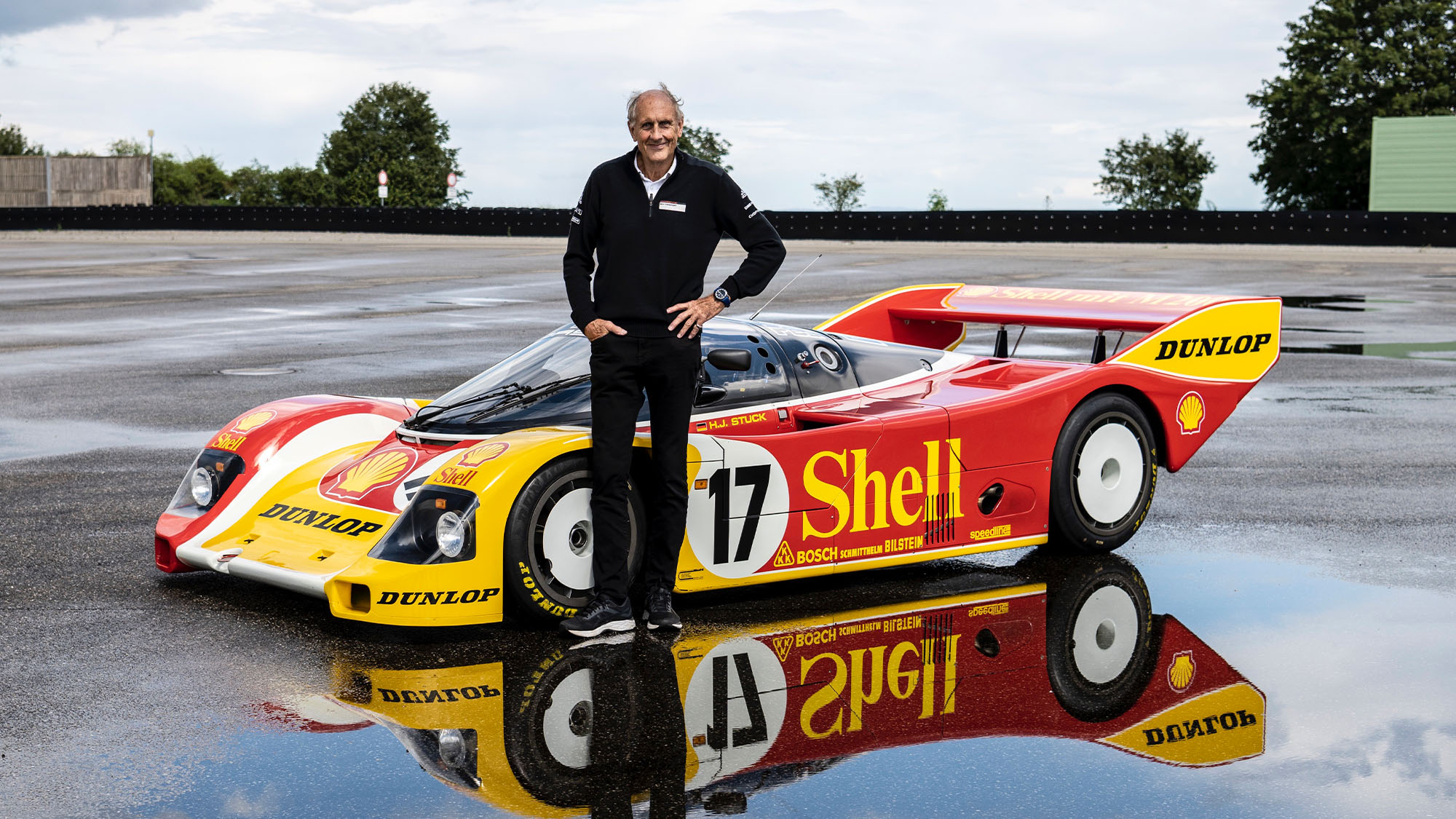 2022 marks 40 years since the introduction of the famous Group C sports car rules, a beloved endurance racing era in which racing heroes were made and legends forged by no-holds-barred machines. 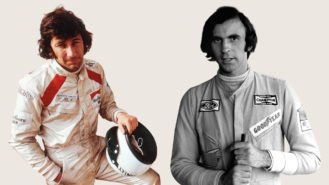 My rivalry with Tim started in Formula 3 at Castle Combe in 1967 and went on for a long time. I was working on my Brabham and this guy comes…

The Porsche 956 won Le Mans for the first time that year, and so to recognise this no less than 20 cars will run in demonstrations taking place on both Saturday and Sunday.

In a move to summon some of that Le Mans magic, Saturday’s demonstration run will be held as the sun goes down, hoping to emulate the ambiance of the classic enduro.

Derek Bell is set to be at the wheel of his victorious ’82 machine – decked out in that famous Rothmans livery – and five-time grand prix winner John Watson takes on an ’85 example, whilst ’90 Le Mans podium-finisher Tiff Needell will drive an ’88 962. 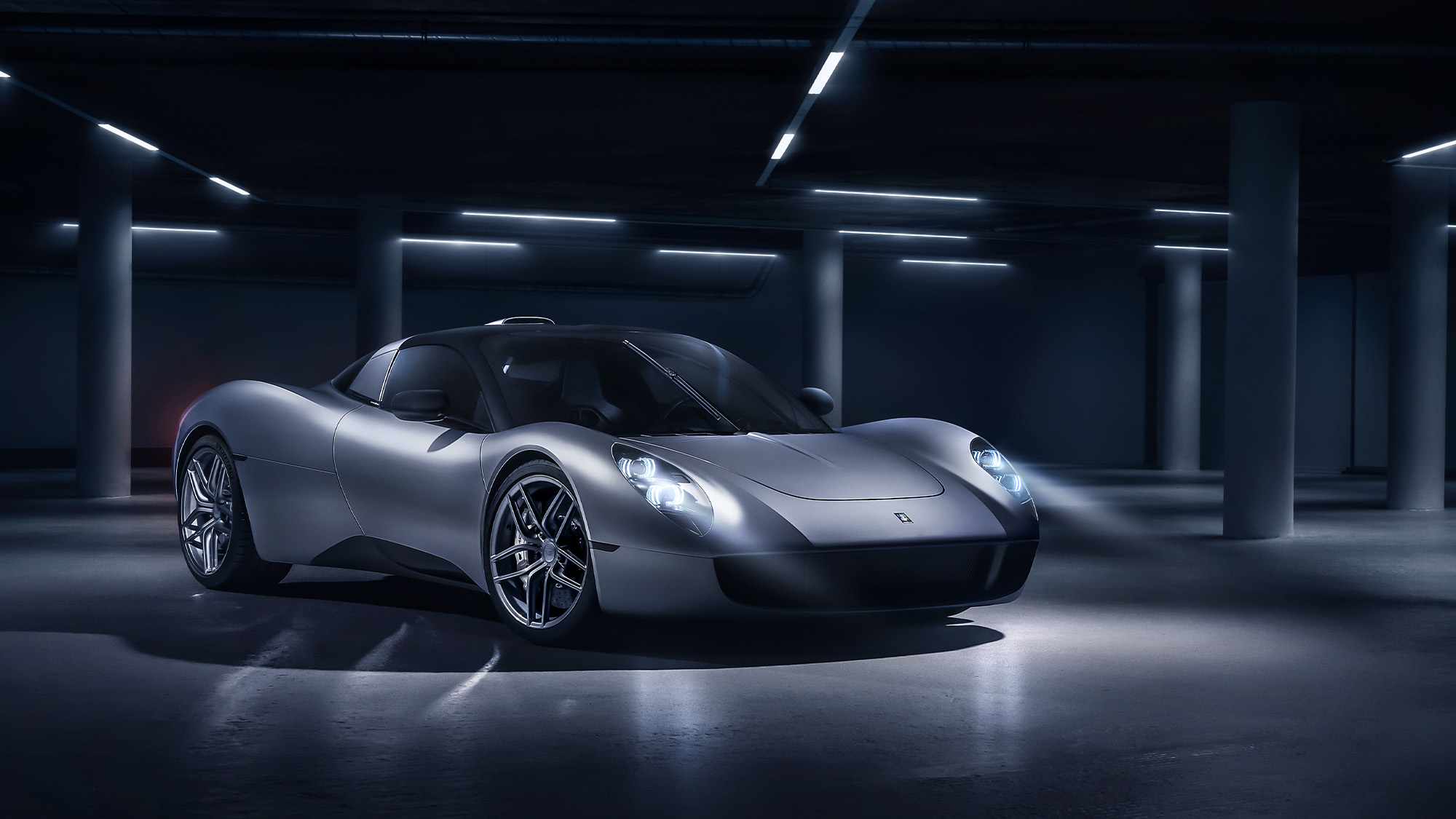 Gordon Murray’s new T.33 supercar will be on show

The GMA T.33 will see its ‘global launch’ at Goodwood. A more tactile and sensitive sibling of the former Brabham and McLaren designer’s T.50, Andrew Frankel described the 606bhp V12 car when writing for Motor Sport as “very, very pretty”.

You’ll have to tune into the live coverage, when Murray and the Duke of Richmond present the car, to decide for yourself.

Whilst the one-off showings might take the headlines, there’s plenty more to be enjoyed throughout the weekend. Read through our guide to all the races below. 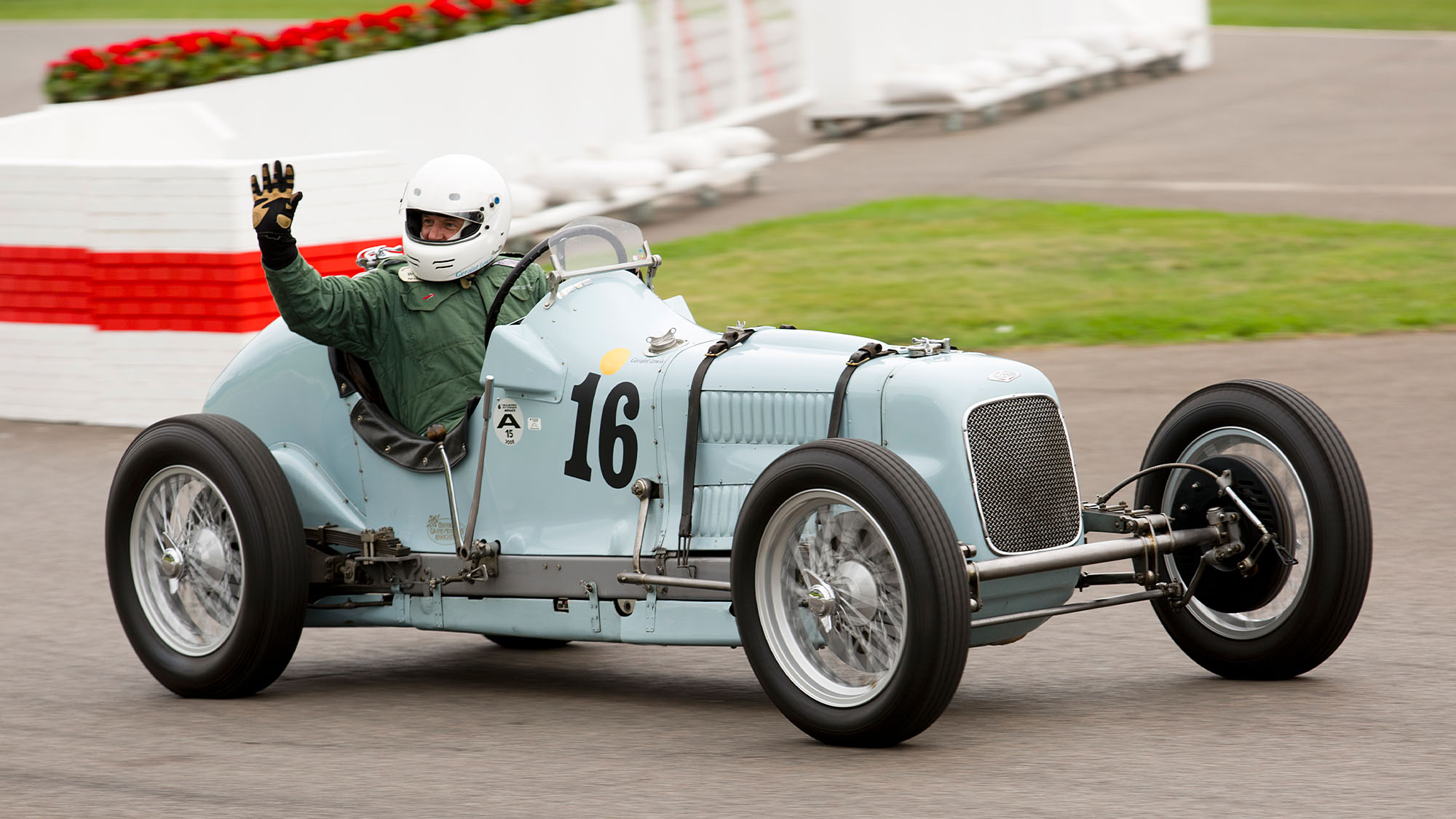 Alfred Fane Peers Agabeg made his name racing cars of the Frazer Nash variety, and so this new competition has been named in his honour and features a whole grid-load of the brand.

There are Monopostos, Super Sports and Shelsley Single Seaters abound, as one of Britains’s oldest and most iconic brands is celebrated. 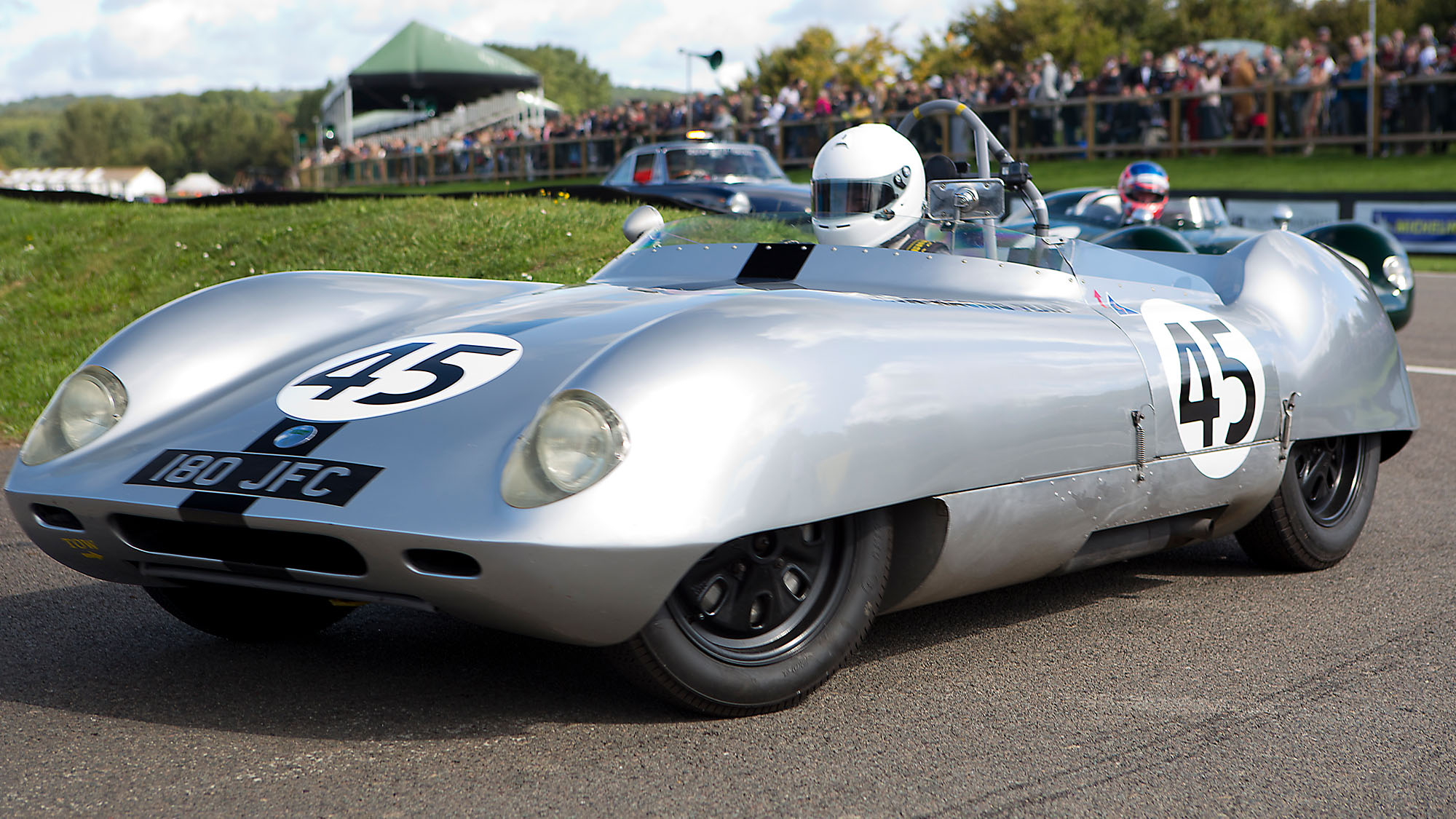 The Robert Brooks race aims to recreate that ‘clubbie’ atmosphere of yesteryear with classic kit cars from the 1950s and ’60s. Expect a field packed with Lotus Elevens, Lola Mk1s, Coopers plus the odd Elva. 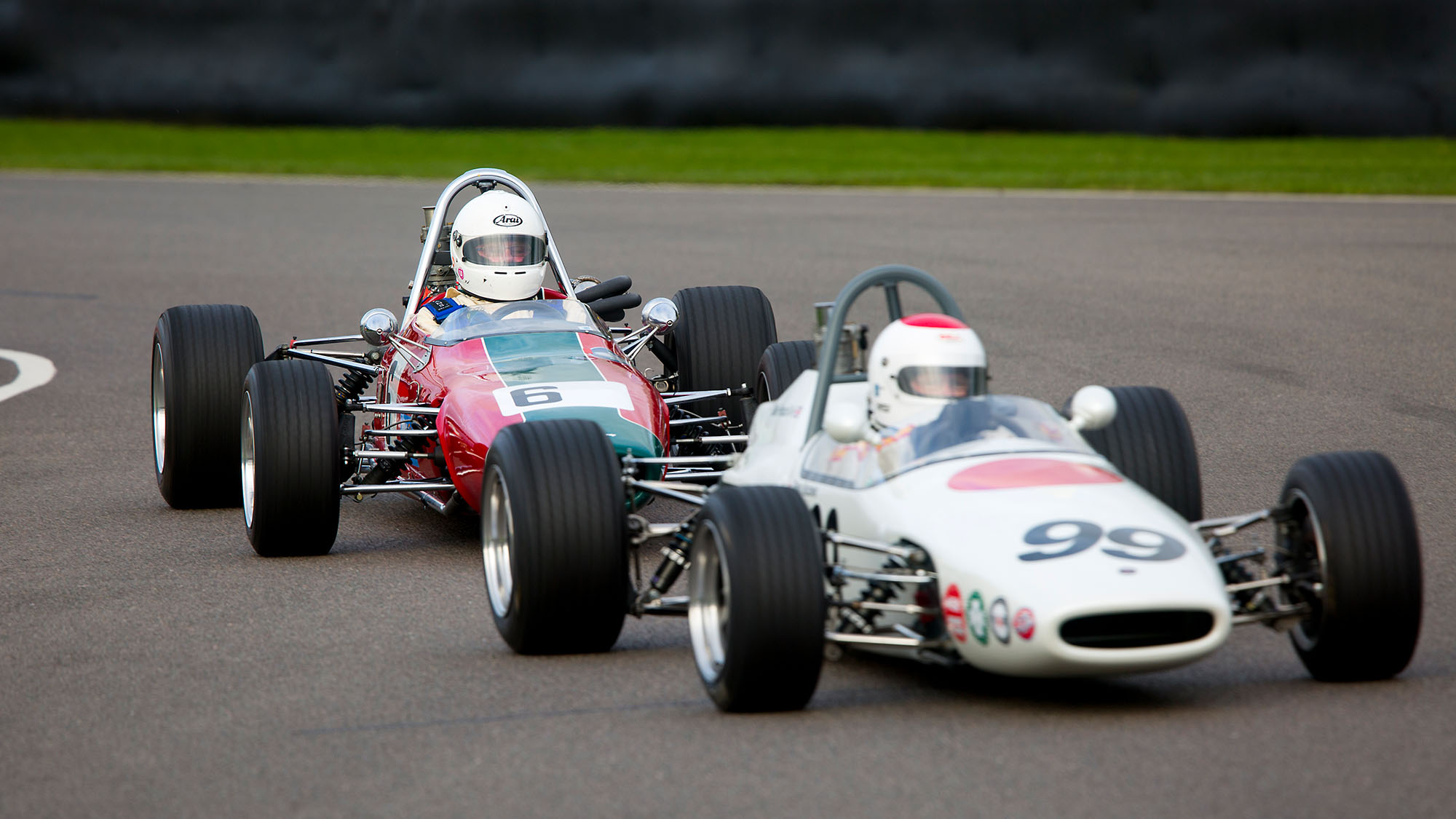 F3 machinery of yesteryear will once more compete

The popular Formula 3 competition is back once more. Named after Le Mans legend Derek Bell, lest we forget he was handy in a single-seater too – he took his first F3 victory at Goodwood, incidentally.

30 cars will take to the track as Marches, Brabhams, Tecnos and Lotuses vie for the win. 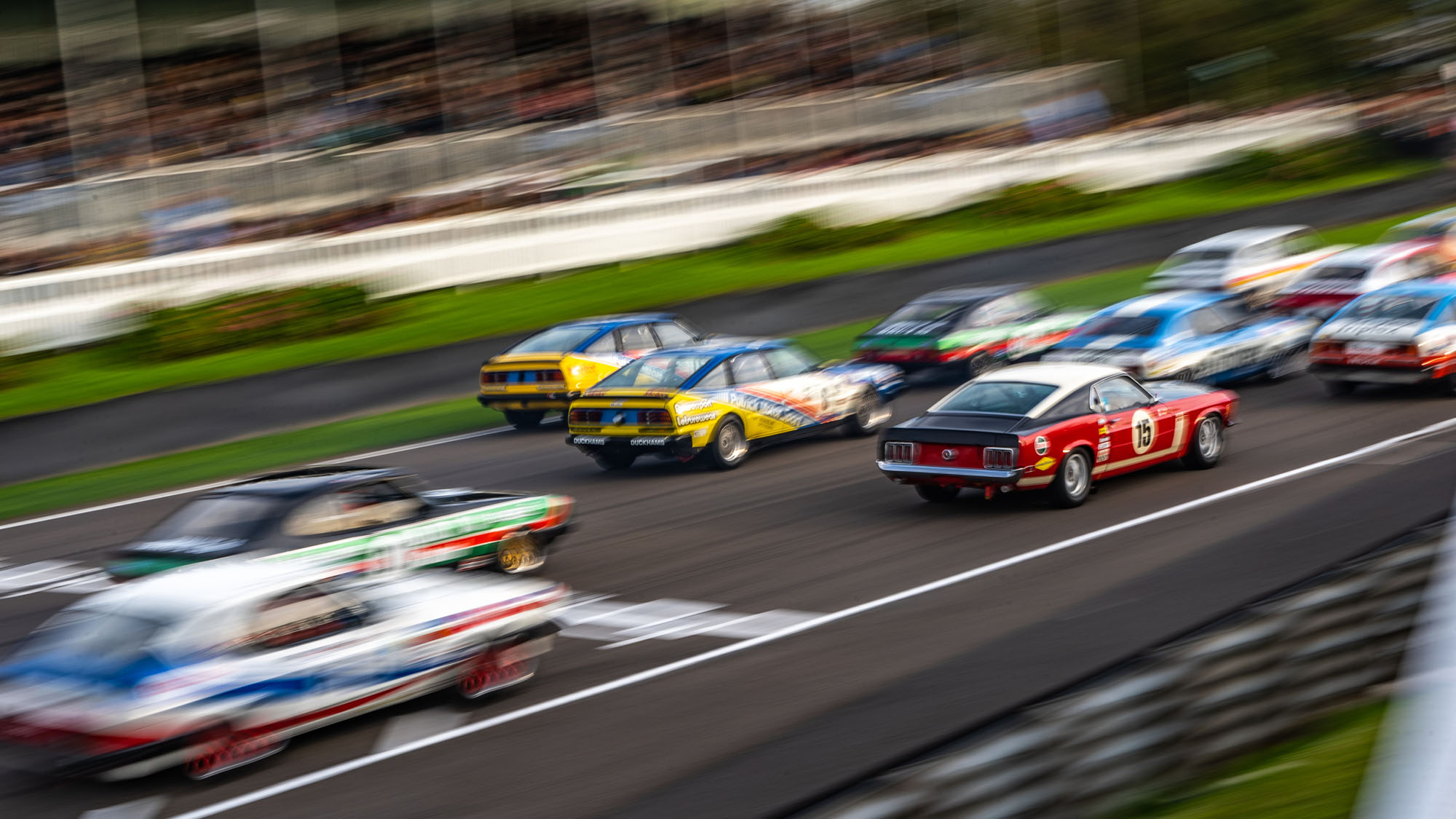 No holding back in the Gerry Marshall race

The Gerry Marshall provides fans with their fill of classic tin-tops, with plenty of Camaros and Capris populating the field, not mention a helping of Rover 3500s. What’s more, those in attendance across the weekend get a double helping with not one but two races. 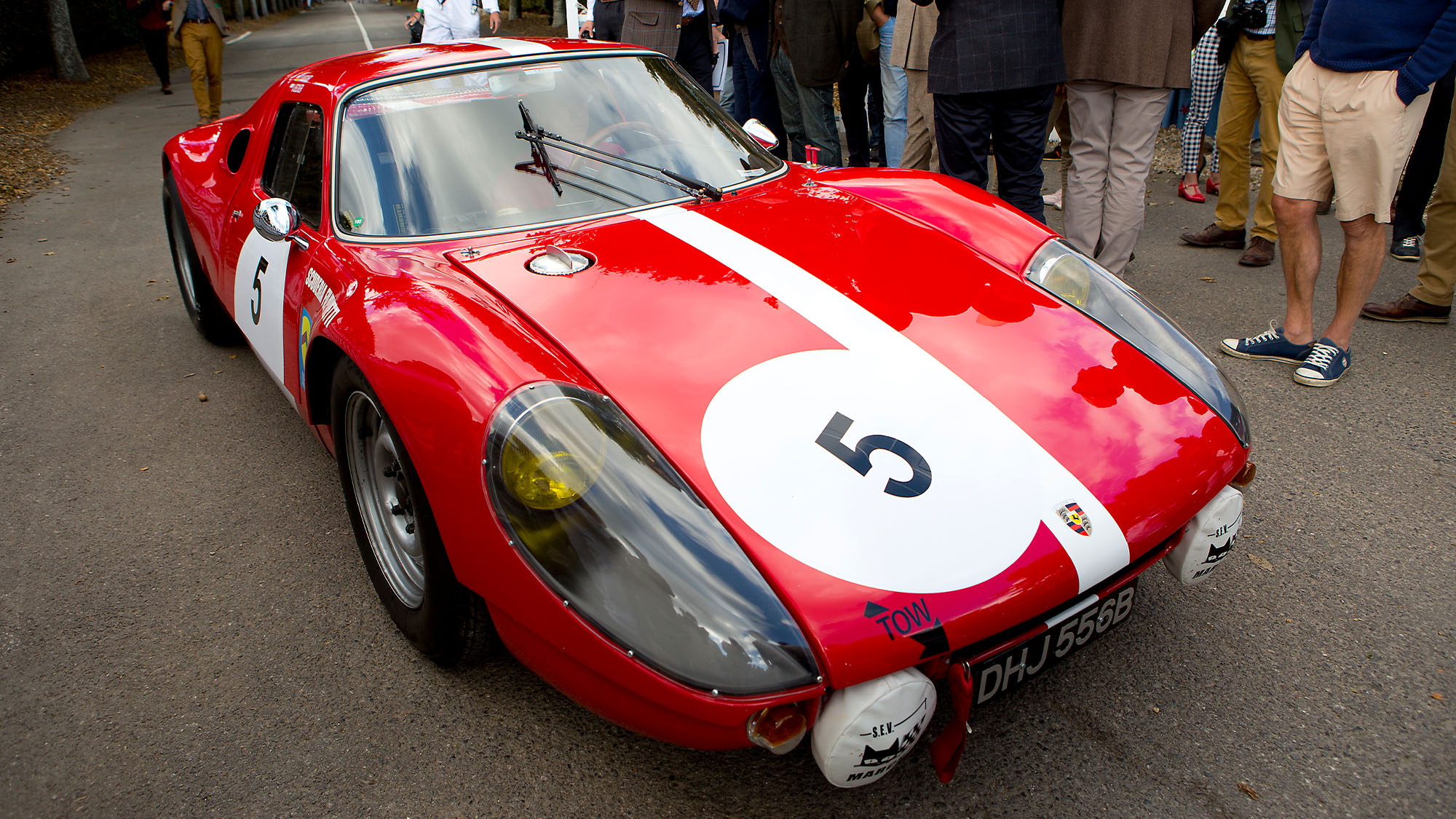 Fancy catching a Porsche 904? Check out the Graham Hill Trophy 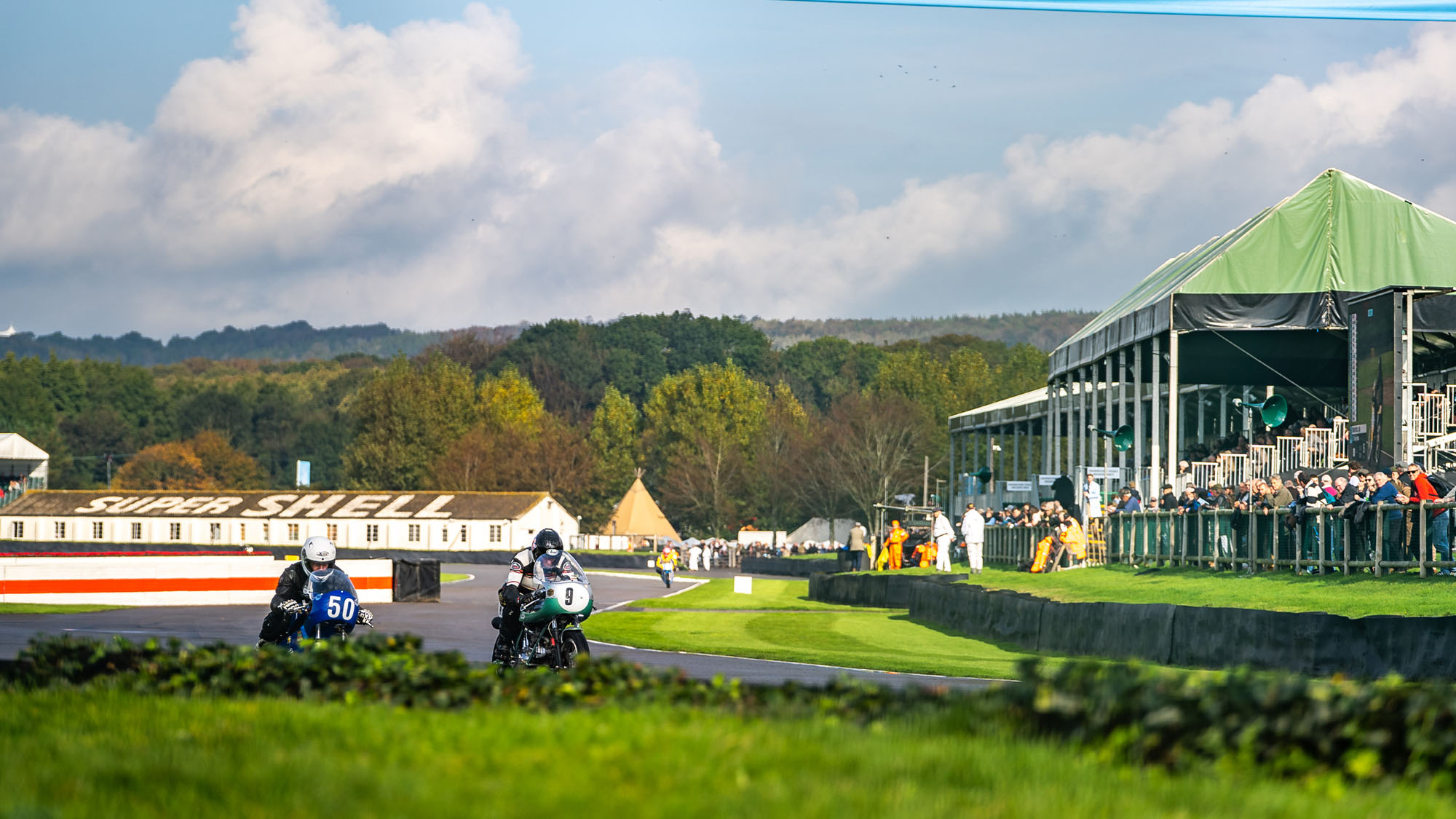 Named after motorcycle colossus Mike Hailwood, this sprint sees 250 and 350cc two-wheelers made up to 1983 battle it out.

Bike fanatics will be pleased as this time the trophy will see two races instead of the usual one, meaning there’ll be twice as much time to catch the thrilling action provided by Triumphs, Yamahas and Nortons. 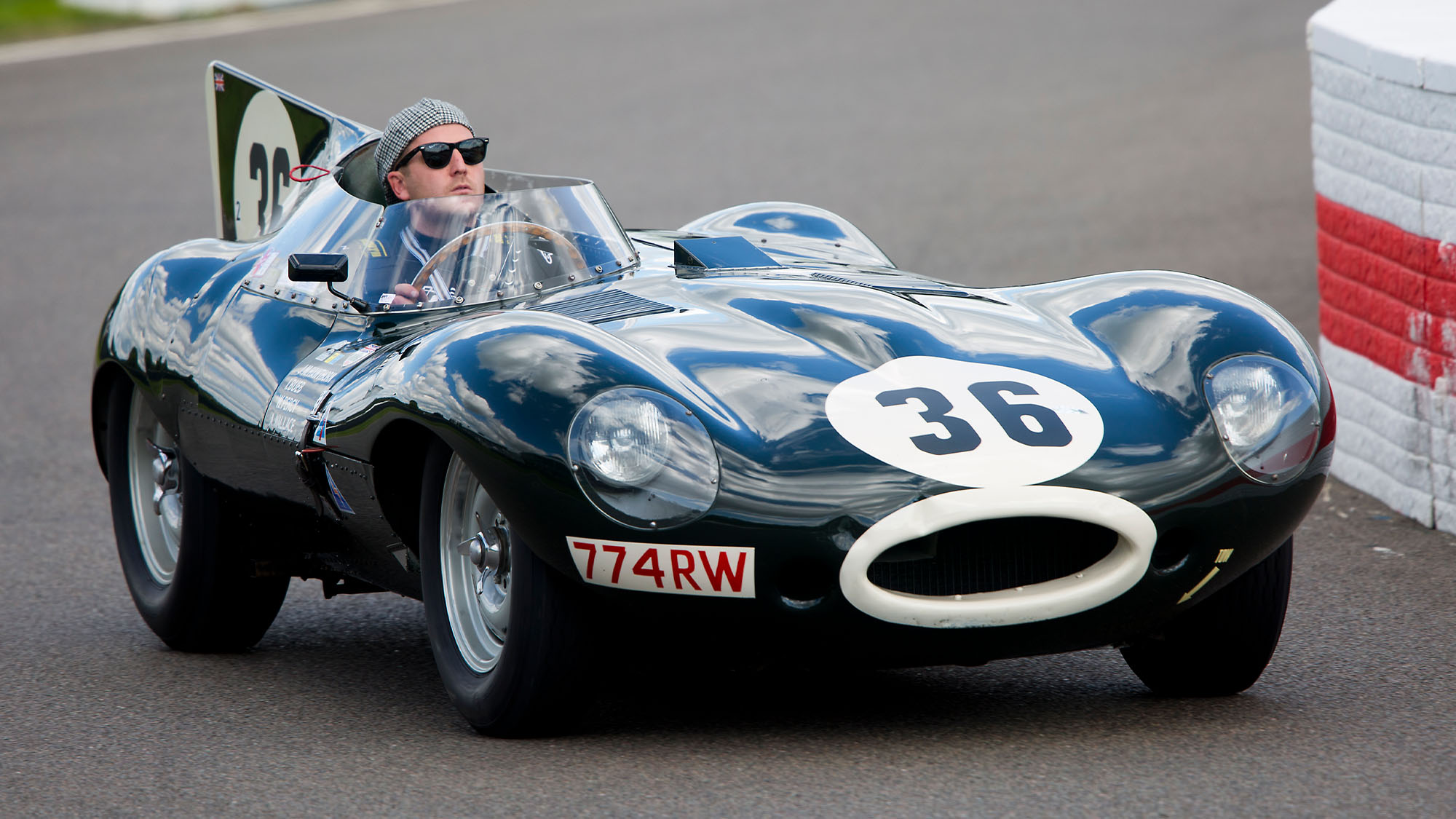 Classic sports cars will be on show

Recalling the days of nine-hour sports car races at Goodwood, a multitude of Jaguar C-type and D-types will take the track, as well as a Lister Flatiron, Aston Martin DB3s and … an Alfa Romeo 3000 ‘Disco Volante’.

There will also be Maseratis, a Ford Thunderbird ‘Battlebird’ and Cunningham C4R. 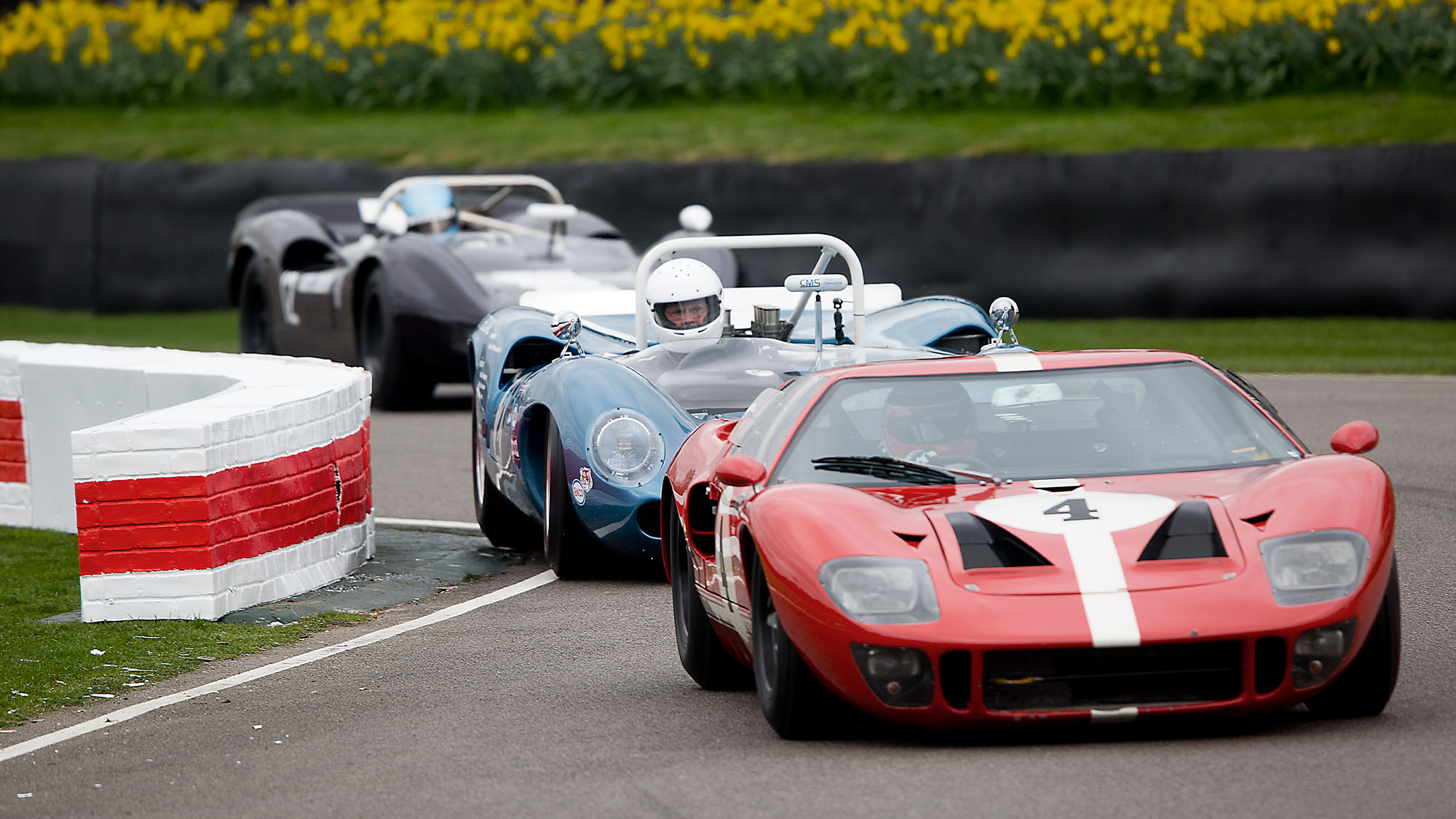 Named after 1964 champion ‘Big John’, the Surtees Trophy is a celebration of all things Can-Am.

Lola T70s, GT40s and McLaren M1Bs will all thunder round Goodwood, the race bringing a touch of the States to Sussex. 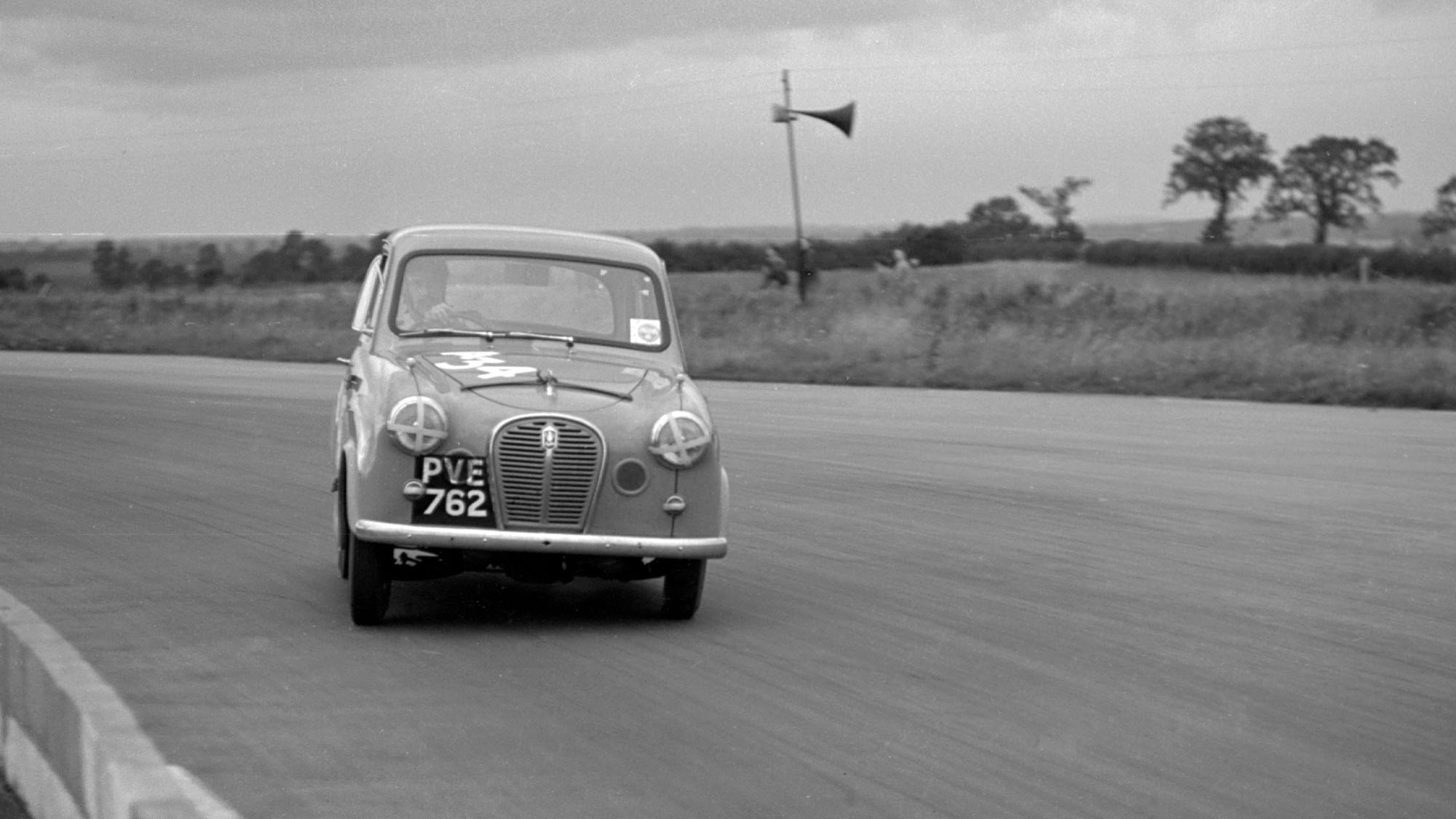 If Group 1 Touring cars aren’t retro enough for you, then the Sopwith race harks back to those earliest days of tin-tops, when the BSCC was but a pipe dream.

Expect to see Austin MkVIIs, Austin A35s, the odd Morris and even a Renault 4CV battling it out. Driving one of the Jags will be none other than film star, comedian and well-known petrolhead Rowan Atkinson. 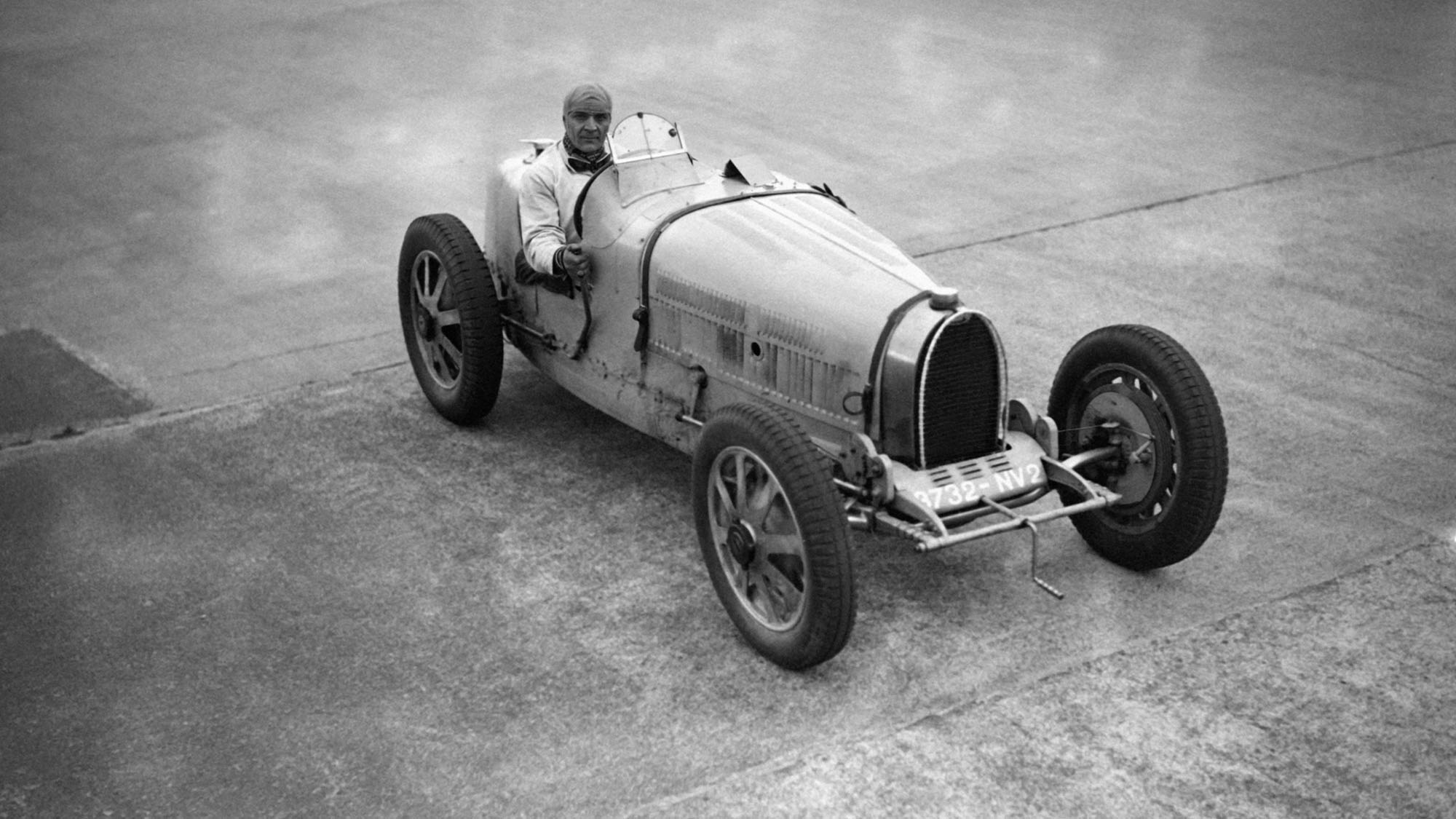 Benost seen here in a Bugatti Type 35, the likes of which will be rocking Goodwood

Named after Italian grand prix titan Achille Varzi, his eponymous race is set to be one of the must-see events of the weekend.

Catering for pre-war grand prix machinery, the grid will be packed with Bugatti 35s, a number of Alfa Romeo 8cs, a Maserati 4CM and a pair of Delahaye 135s. The starting line truly will be a site to behold. 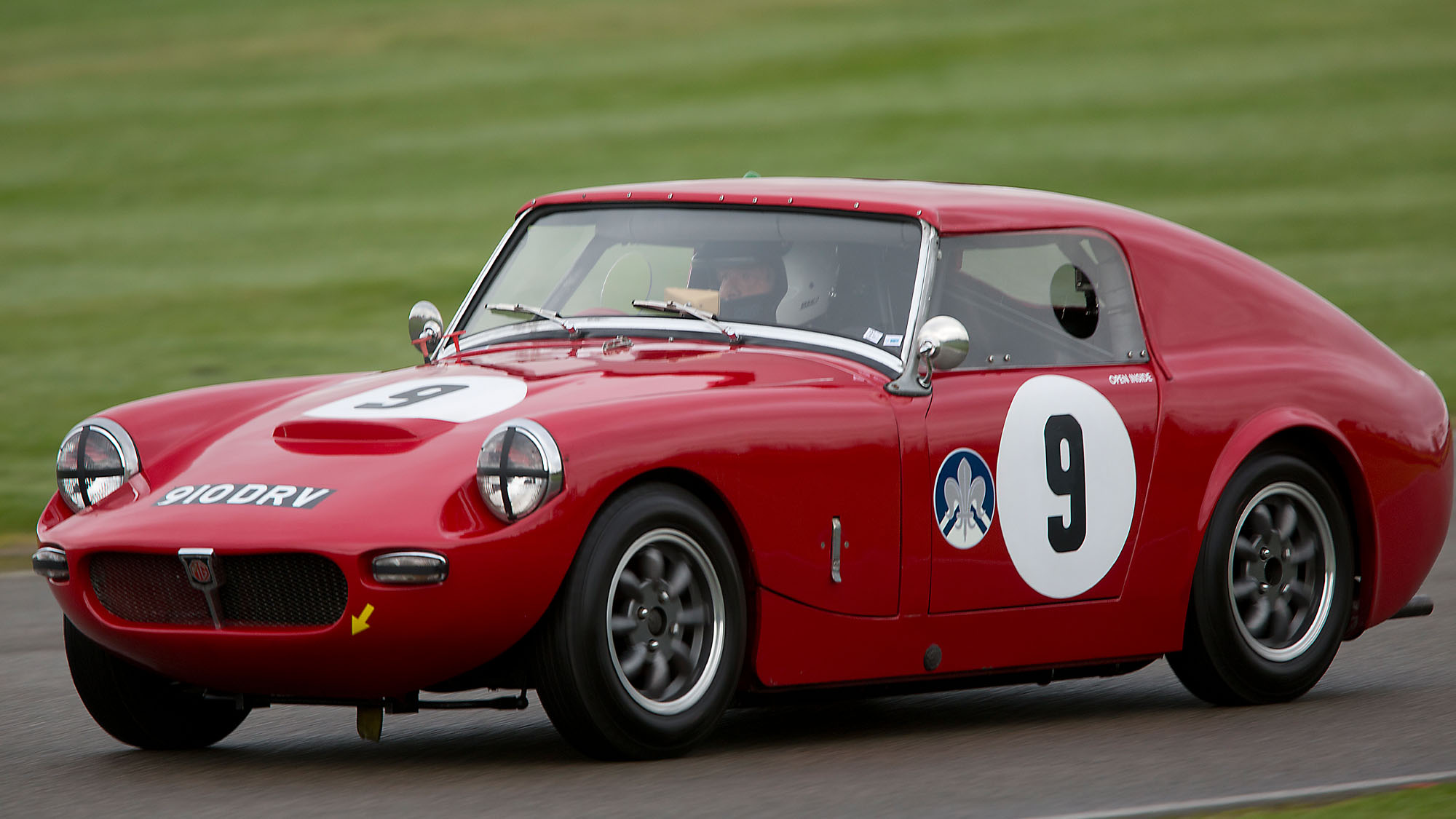 Lenham GTs, Ashley GTs and more in the Weslake Competition

The Weslake Cup celebrates one of the most used engines makers throughout the world, renowned for powering Austins, Jaguars and the Ford GT40.

Present in this class will be a number of Austin Healey Sebring Sprites, Lenham GTs, Ashley GTs and an MG Ashley Midget.

How do I watch the Goodwood Members Meeting?

If you are member or a Fellow of Goodwood, then you can stream the whole event either from Goodwood’s Facebook page or its YouTube channel here.

If you want to be become a Fellow of Goodwood and gain full access including on-demand videos priority event tickets and competitions then follow this link.

Alternatively, all Saturday’s running can be streamed for free on the above mentioned YouTube and Facebook pages. In addition to that, ITV will run a pair of live shows on the Saturday and the Sunday.

The full Goodwood Members’ Meeting Schedule can be viewed here.

How do I attend Goodwood Members Meeting?

The Members Meeting is an exclusive event for Members or Fellows of Goodwood, to whom tickets are available to purchase.