Often creative ideas are lost to the sands of time. A joke, song lyric or inventive business idea frequently never again sees the light of day; lost on that crucial scrap of paper or simply never written down in the first place.

But it’s not often that someone loses a whole racing car. Particularly one that changed the course of motor sport history.

That’s exactly what happened to legendary Formula 1 designer Gordon Murray and his pioneering IGM 750 T.4 001 though, will which be appearing at this year’s Goodwood Festival of Speed after being rediscovered in bits.

Murray himself will be driving T.4 001 up the 1.16 mile hill past Goodwood House, this particularly chassis reassembled from components found in storage by Gordon Murray’s Design team in 2019.

The innovative IGM was the first car South African-born Murray penned once he moved to the UK. The future design great still had racing ambitions, and with low funds, simply built his own car.

Crucially, it featured the rod operated rising rate front suspension system, a system now ubiquitous on all subsequent racing cars across all disciplines.

Murray’s early design was an inventive monocoque car, with lay-down driving stance, rear radiator and ten-inch rear wheels. However, most significant was the suspension which he then used in future F1 designs and was then adopted by first his F1 rivals, and then everyone.

“It’s not much bigger than ago-kart, and it goes like a rocket” Gordon Murray

This innovative suspension is now ubiquitous on all racing cars.

Speaking in the Motor Sport podcast series Engineering the Greats Murray spoke agbout the genesis and realisation of his first design.

“When I got to England in 1969, my first focus was: ‘What can I drive?'” he said. “I didn’t have any money, and neither did my folks. There was nothing cheap and cheerful, until I discovered Formula 750.

The top drivers that Gordon Murray has worked with reads like a list of Motor Sport Hall of Fame inductees. In this podcast, he explains what it takes to engineer the greats

“I designed and partially built a 750 Type 4 [T.4], which was stillborn because Bernie [Ecclestone] bought Brabham and promoted me and I ran out of time.

“However, I copied the suspension system onto the Brabham BT44, and that became known as the first rod operating rising rate suspension, but actually it wasn’t, it was the T4.”

The dream was resurrected decades later though, when Murray was finally able to finish what he started.

“Subsequently, I was able to buy the car back, and we finished and I drove it round the car park in November,” he said. “We found the real chassis, can you believe it, after all that time!

“Some chap down on the South Coast, his brother had bought or inherited it. Somebody saw it and said ‘I think that’s Gordon Murray’s chassis.’ We got in touch, bought it back and finished it.

“I’m now desperate to race it, drive it or something. I’ll probably try and talk Charles March into letting me drive it up the hill again.” 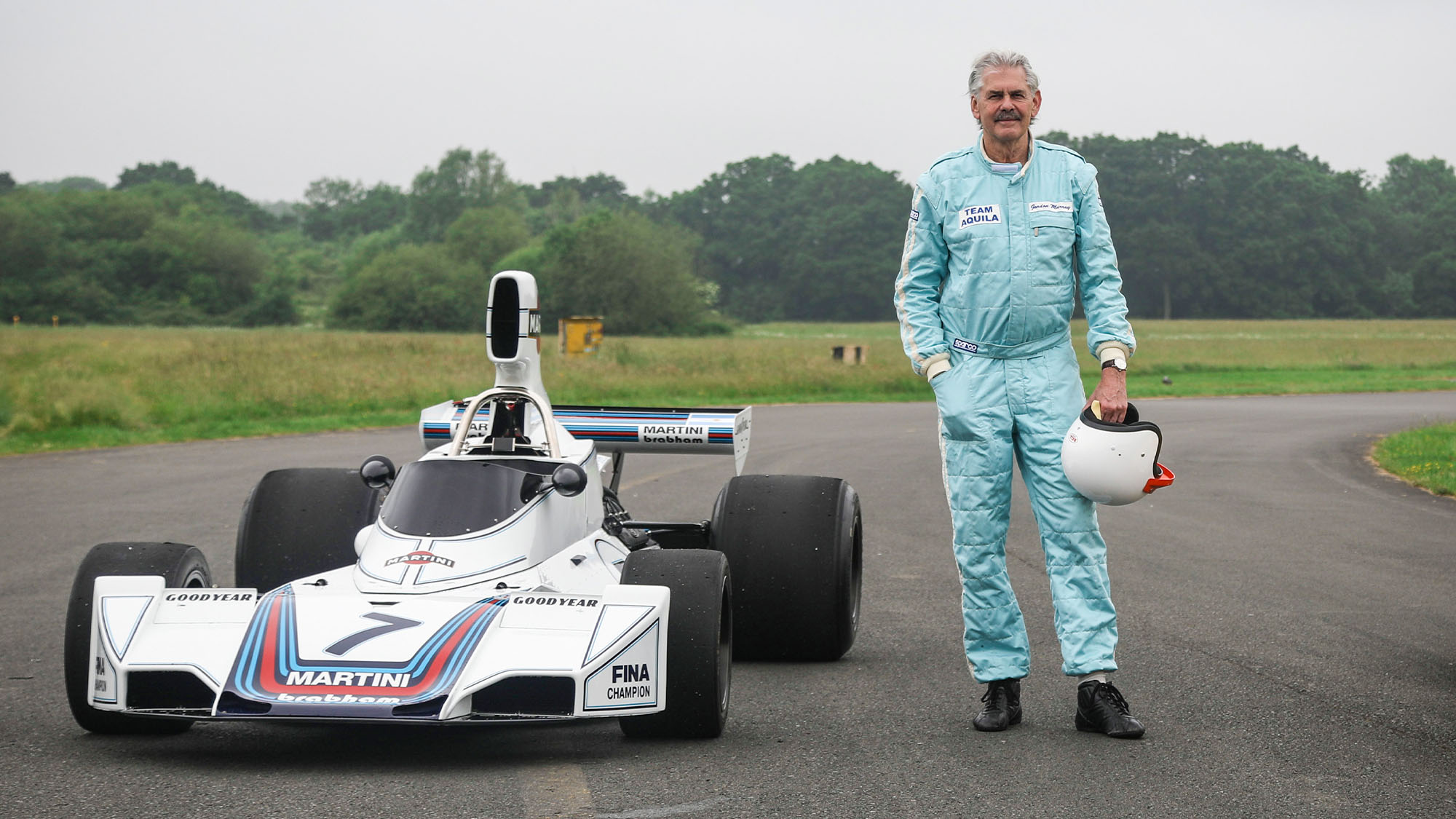 Murray will be piloting his Brabham BT44B design

“It’s not much bigger than ago-kart, and it goes like a rocket.”

Murray has subsequently been successful in persuading Lord March to let him take the design for a spin and, not only that, but also his iconic Brabham BT44B F1 car which, as he says, had that same suspension system copied onto it.

The BT44B, which won grands prix in the hands of Carlos Reutemann and Carlos Pace, was an update of Murray’s even more successful BT44.

It carried on its predecessor’s promise by being driven to victory by Pace at his home race in Brazil, before Reutemann would win at the Nürburgring with Murray’s typical expressive effort, the third F1 car he produced. 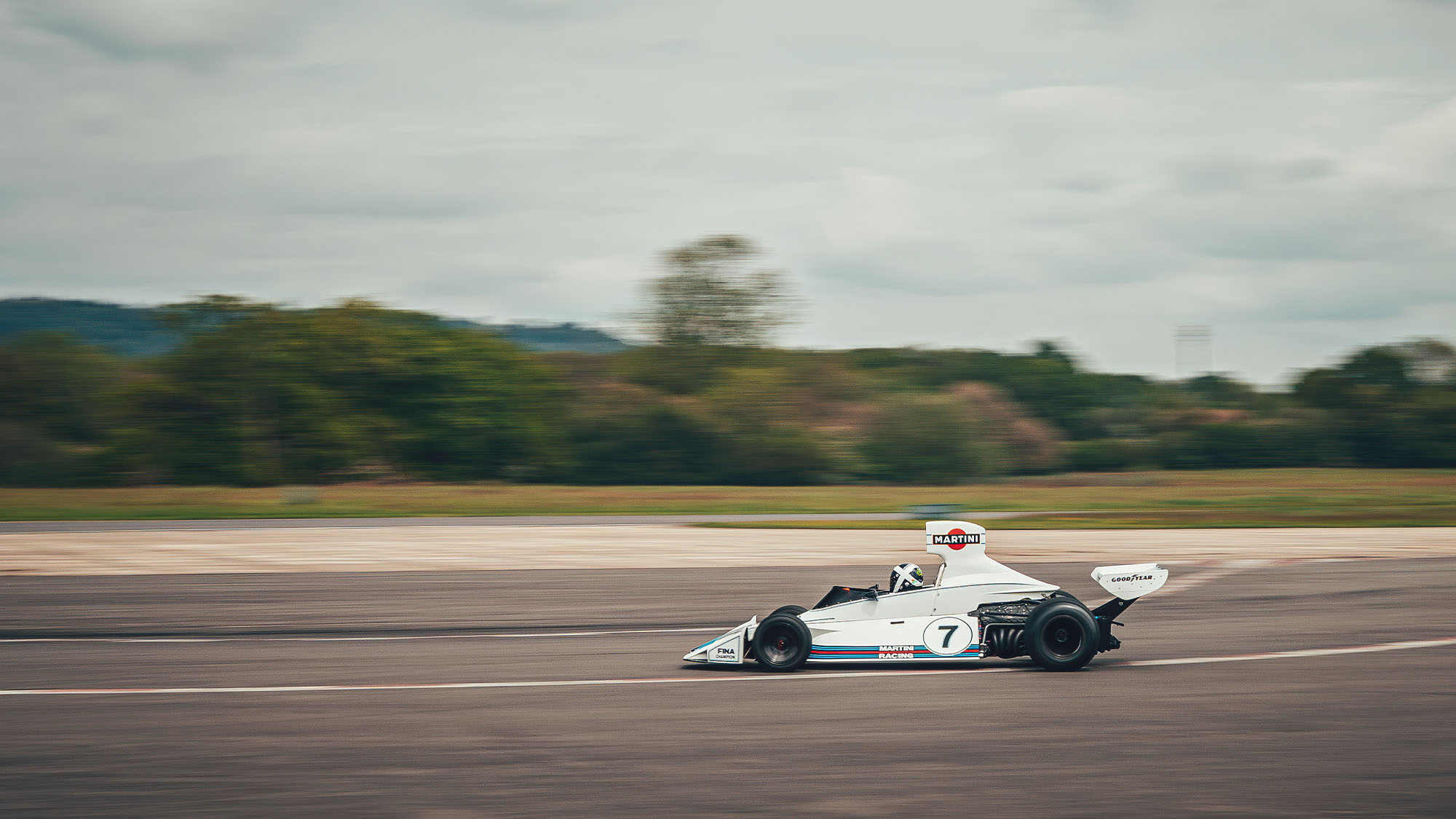 Marino Franchitti getting some practice runs in with the Brabham BT44B

Sharing the driving duties with Murray will be 2014 12 Hours of Sebring winner Marino Franchitti, brother of three-times Indy 500 winner Dario.

“The Goodwood Festival of Speed is the ultimate event for any motoring enthusiast,” said Murray.

“That’s why I was keen to have two of my favourite racing cars run up the hill. Both cars demonstrate the advantage of lightweight innovation and both established principles that allowed me to have a successful career in motor racing. They also taught me many things. Learnings that I have even employed in our latest T.50 supercar and its T.50s Niki Lauda track-focused sibling.

“I can’t wait to see them being driven up the hill and experience them again myself.”