Here’s what to expect from McLaren’s new documentary, out Friday on Amazon Prime 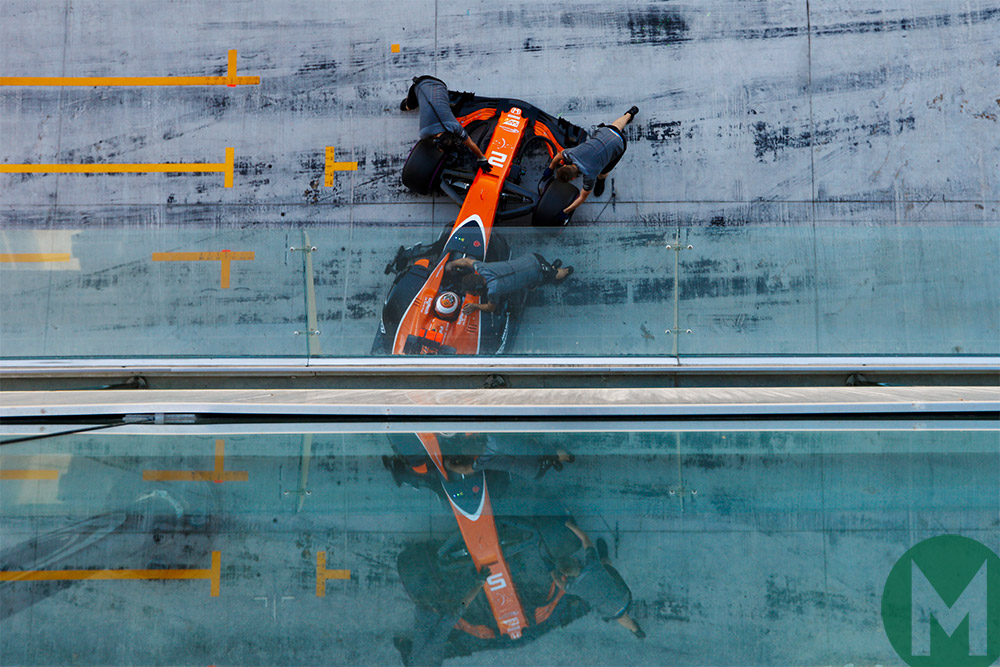 Two episodes. That’s how long it takes for the first haymaker to land on Honda in McLaren and Amazon’s Grand Prix Driver, a behind-the-scenes documentary.

The engine won’t fire up.

Worried Honda faces are met with fingers being metaphorically pointed their way. The tone has somewhat been set, but it would be too easy to dismiss this as being a series of 30-minute barbs that wash McLaren of any blame for the team’s leanest period of Grand Prix racing.

The opening episode takes things back to when Ron Dennis was being elbowed out – “this is Ron’s house”, narrator Michael Douglas even announces. Zak Brown is being carried in aloft, the marketing guru saviour expected to bring millions in from sponsorship and turn the fortunes around.

It’s fair to say this would not have happened under Ron’s stewardship. When it was announced it hammed up that it was no holds barred, with nothing covered up. It was to be a true experience of what was happening during a very difficult period for McLaren.

The team behind the series, which launches on Amazon Prime on February 9, is stellar: it was produced by Manish Pandey, who helped make Senna. It is slick, but at the same time rugged enough and rough around the edges enough to show it’s a real-life, access-all-areas documentary.

And that proves true, from McLaren Racing COO Simon Roberts admitting with a cracked voice that the team is 80 per cent sure it will have a complete car for shakedown (it doesn’t) to a sweary Eric Boullier believing Fernando Alonso is about to quit, so bad are things.

At times it’s uncomfortable, in terms of contrived conversations but also uncomfortable viewing for McLaren fans, other times it is watered down for the wider audience. But it never turns too Ricky Gervais’s The Office.

It does well to integrate and involve those on the shop floor, it’s not all about the names, either.

Formula 1 fans will find it illuminating, and Brown should be applauded committing to it. But at times you wonder of the impact of the presence of the film crew, such as when the car’s not-so-papaya orange and black livery is shown to Brown. But worried faces soon become par for the course.

It could be accused of falling too far into the realm of pro-McLaren propaganda by the end, but until then it’s substantial enough to be worthy of a watch.