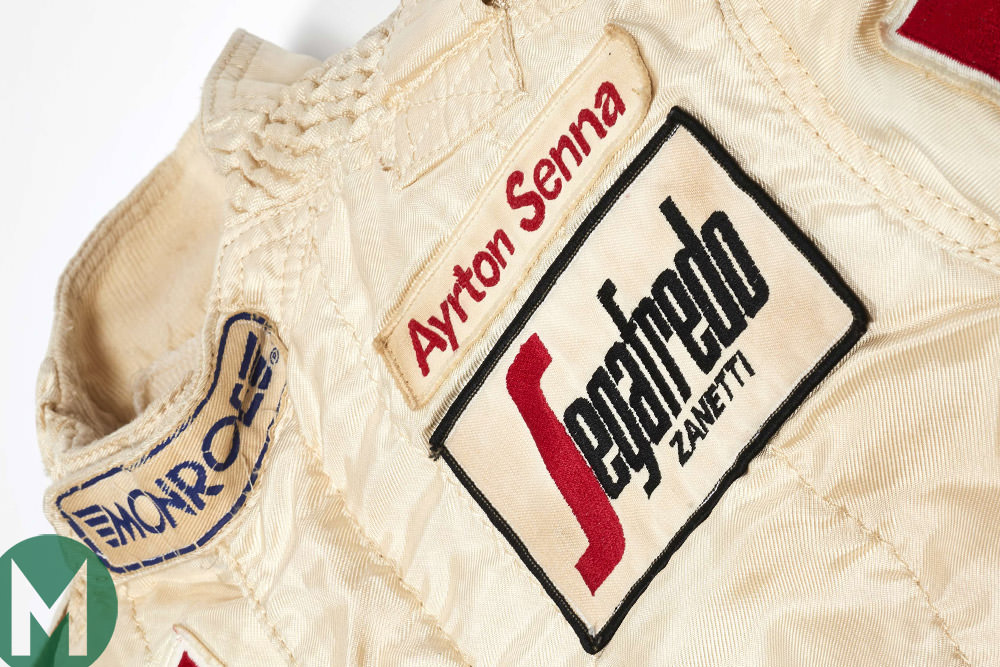 It is hard to recall a memorabilia auction catalogue stopping us in our tracks quite like this one.

For at the Artcurial Rétromobile sale taking place in Paris on February 10, a seemingly never-ending array of equipment used by modern Formula 1’s great and good – including Ayrton Senna and Jules Bianchi – is going under the hammer.

The overalls Senna wore in his brilliant F1 debut season in 1984 driving for Toleman leads the sale. That campaign included his mesmeric second place in Monaco’s rain as well as podium finishes at Brands Hatch and Estoril. The overalls were gifted by the late great Brazilian to its current owner, a Michelin technician, at the end of the ’84 campaign. The overalls are expected to be sold for between €15,000 and €25,000.

Also present is a helmet worn by the late Bianchi during the 2013 season at Marussia as well as when driving in a Ferrari test at Silverstone in 2014 – and it’s even been signed by him. A member of the Ferrari young driver’s programme, the young Frenchman was very much ear-marked as a rising star including by Ferrari before he died after an accident in the 2014 Japanese Grand Prix. The helmet is expected to bring in between €10,000 and €20,000.

And memorabilia from virtually all of F1’s modern era driving line-up are present, with helmets, overalls and often much more besides such as steering wheels and even the odd car part such as the nose cone, from the likes of Alain Prost, Michael Schumacher and Damon Hill through to current-day stars such as Lewis Hamilton, Fernando Alonso and Kimi Räikkönen.

Indeed flicking through the catalogue you begin to suspect almost any halfway noteworthy F1 pilot from the last decade or two is represented, with memorabilia even from the likes of Christian Klien, Pedro de la Rosa and Narain Karthikeyan.

Quite how such a vast collection of pieces have come together in a single sale is anyone’s guess, but it’s the sort of thing we struggle to recall a parallel with before, and presumably are unlikely to see again.