Lewis Hamilton has been disqualified from qualifying and started today’s Brazilian Grand Prix sprint race from the back after an extraordinary investigation into his rear wing that also resulted in a €50,000 fine for Max Verstappen.

Stewards concluded that Hamilton’s rear wing didn’t meet F1 regulations. In the course of their hearings, they also found that Verstappen had examined and touched the very same part of the Mercedes before it was tested, but concluded that he had not moved any elements.

Hamilton qualified fastest and was expecting to start at the front for the Sprint but the decision relegated him to 20th place, dealing another blow to his hopes in the title battle, where he lies 21 points behind Verstappen, following the result of Saturday’s Sprint.

The reigning champion also has a grid penalty for Sunday’s Grand Prix after taking a fifth internal combustion engine. He will start the race tenth, five places lower than his finishing position in the Sprint.

His latest setback emerged when Mercedes was summoned to the stewards on Friday afternoon, following Hamilton’s impressive qualifying performance. Scrutineers had found that his rear wing drag reduction system (DRS) flap was opening wider than permitted and a penalty was expected later that day.

But footage then emerged of Max Verstappen examining and prodding the Mercedes rear wing immediately after qualifying. This led to stewards summoning the Red Bull driver over a breach of rules that prevent the cars being touched in parc fermé conditions when they cannot be worked on.

There was speculation that Mercedes could argue the Dutchman’s interference had led to the car breaching regulations. The rear wing section was impounded overnight, while more video footage was obtained.

On Saturday morning, stewards once again met with Mercedes ahead of the weekend’s second practice session, spending around an hour in discussions before giving their verdict.

Hamilton’s Mercedes was found to have breached Article 3.6.3 of the Technical Regulations which state that DRS flaps can open by up to 85mm. Scrutineers found that they could push an 85mm gauge through the flap at the edges of the wing, which meant that the car failed the test.

Mercedes argued that the wing was designed to meet regulations — and the centre section of the DRS flap did — so the test failure was the result of a fault or incorrect assembly.

The team also said that the gauge would only pass through when scrutineers pushed it, and that the gap was within the limit when force wasn’t used.

In their judgement, the stewards accepted that there was no intent to break the rules but said that the test procedure is described in a technical directive so that teams know how to comply. As the car didn’t, it was disqualified and there was no defence in arguing that the car had no performance advantage. 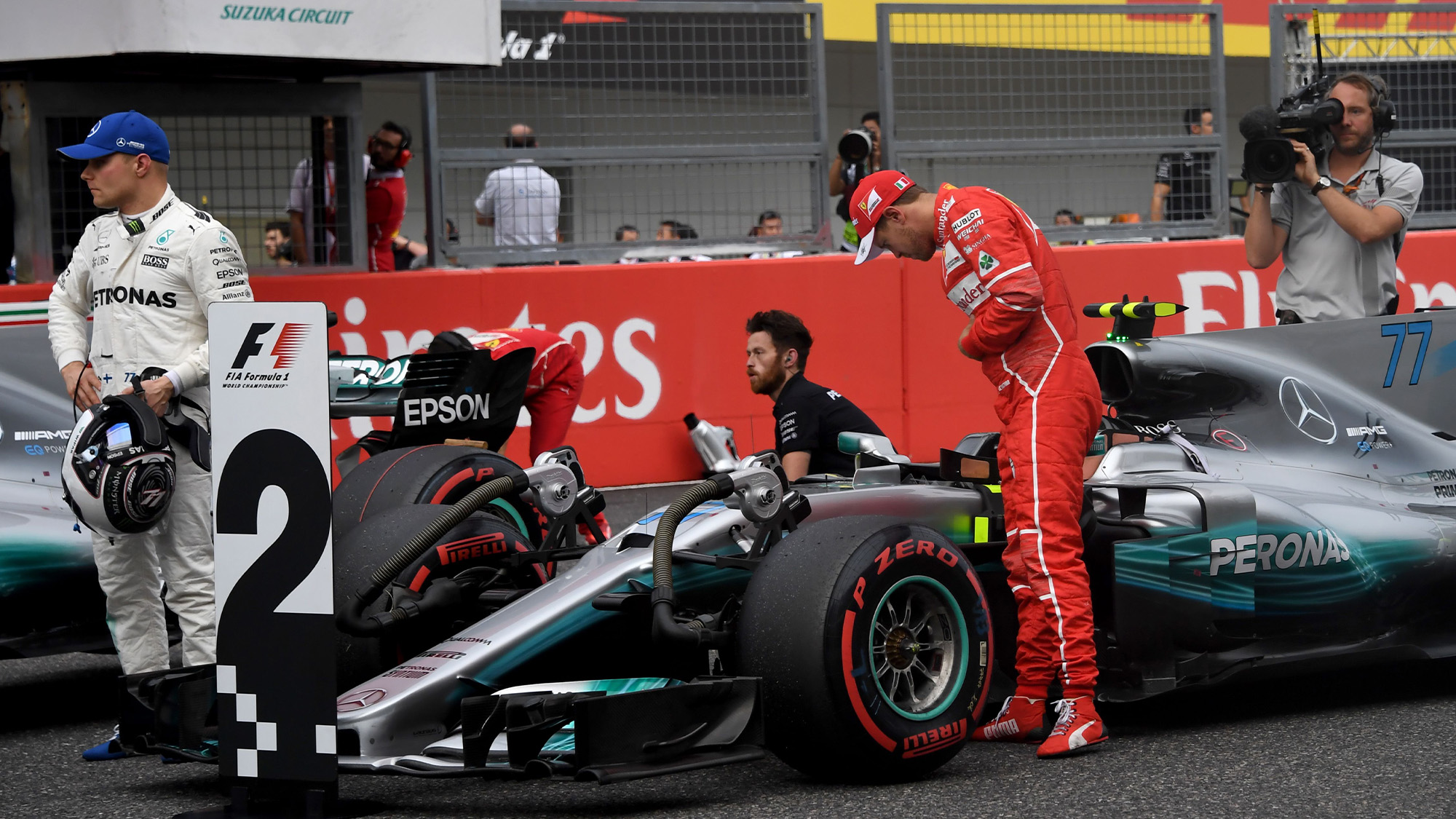 Nosey drivers the norm in parc fermé said the stewards

Mercedes said that it was an “open question” as to whether Verstappen had any influence on the mechanism but he was cleared of interfering with the DRS mechanism after stewards viewed in-car footage from parc fermé, including the rear-facing camera on Hamilton’s car. However, the ruling said that he had not complied with Article 2.5.1 of the FIA International Sporting Code, which lists parc fermé restrictions including that “no operation, checking, tuning or repair is allowed unless authorised by … officials or by the applicable regulations”.

“Verstappen exits the car, then moves to the rear of his car,” the stewards wrote in their verdict. “He then takes his gloves off and puts his right hand at the slot-gap of the rear wing of his car. He then moves to car 44 [Hamilton’s Mercedes] and repeats the exercise, touching the rear wing in two places, once on either side of the DRS actuation device, but on the bottom rear side of the wing, in the area of the slot gap and never near the actuator or the end fixation points.

The stewards’ ruling said that drivers had made a habit of touching other cars after qualifying and races and that it had not, until now, been “uniformly policed”.

“Nevertheless, it is a breach of the parc fermé regulation and has significant potential to cause harm,” it said. “Considering the fact that no direct harm was caused in this case and that no earlier precedent of penalties for this exists – on the one hand; but that it is a breach of the regulation and has potential for serious consequences on the other, the Stewards determine to take action in this case and order a fine of €50,000.” 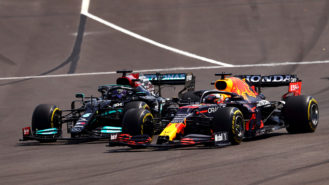 This weekend won’t be the first time that Hamilton has tried to salvage a result from back at Interlagos: he started from the pitlane in 2017 following a qualifying crash.

He made his soft tyres last 43 laps as part of a one-stop strategy, as he carved through the field and ended up finishing fourth, helped by crashes ahead and a resulting safety car that closed up the cars ahead.

A year later, Carlos Sainz also started at the back for McLaren and finished third — again thanks to making a one-stop strategy work, as well as assistance from crashes and safety cars.

Hamilton has already found his task easier than in 2017, thanks to the 24-lap sprint race that saw him charge to fifth place. It was a performance reminiscent of 2017, when he was up to sixth place by lap 20.