There are times in this job when you really wish you could just interrupt a driver and clarify things. I’ve done it before in the past, but the world of Zoom press conferences and remote access means it’s become a lot, lot harder.

And one of those occasions cropped up on Thursday in Sochi, when there was a bit of a misunderstanding between Max Verstappen and Lewis Hamilton.

In his press conference, Verstappen was told that Hamilton had suggested the pressure of the title fight might be getting to him, to which he sarcastically replied: “Yeah, I’m so nervous I can hardly sleep. It’s so horrible to fight for a title I really hate it, yeah.

“No, I think if someone really knows me, I’m very relaxed about all those things and I really can’t be bothered, I’m very chilled. It’s the best feeling ever to have a car, a great car where you go into every weekend and you can fight for a win.

“It doesn’t matter if you’re just leading a championship or not, those comments I mean it just shows you that he doesn’t really know me, which is fine, I don’t need to know him, how he is fully. I just focus on myself and I really enjoy it out there at the front and of course hopefully we can do it for a really long time.”

Verstappen had tried to avoid an explosive headline with his “which is fine” caveat, but of course he was firmly dismissing the notion that the pressure was getting to him. 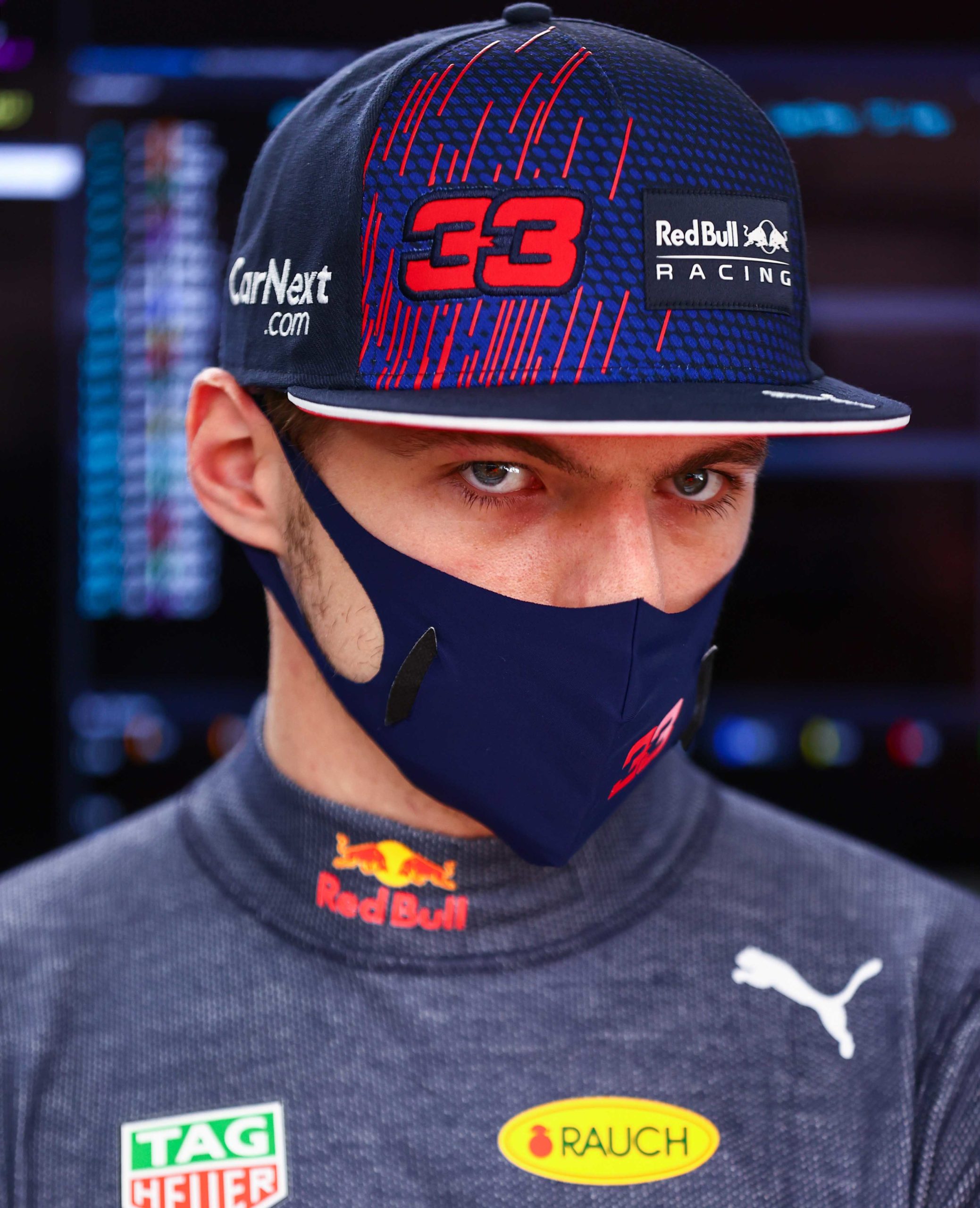 Only, that’s not quite how Hamilton had said it. He had suggested that Verstappen would be feeling the pressure, but only in the context of recalling his own experience of his first title fight in F1.

“Obviously he won’t admit to it and I’m not going to make an assumption but I’m just saying I remember what it was like when I had my first one and it definitely mounted up,” Hamilton had said. “It was difficult, it was intense, I was going through a lot of different emotions, I didn’t always handle it the best and that’s to be expected.

“There’s a lot of pressure, you’re working in a big team, there’s a lot of self-expectation and pressure because the desire to win is huge. So I’m just saying I empathise and I understand that, but I know that we will continue to grow from this.”

Verstappen didn’t get that whole picture, but it did lead to the notion of pressure being one that ran throughout the race weekend in Sochi. Perhaps it wouldn’t have done if neither driver had made a mistake, but it was Hamilton who blinked first, sliding into the wall at the pit entry during Q3 and ending his chances of taking pole position.

It was a big moment, because Hamilton had a massive opportunity to pull out a significant lead over Verstappen given the latter’s power unit penalty that left the Red Bull at the back of the grid. Pole had looked a formality, and suddenly he was lucky to be starting fourth.

Naturally, the P word was quickly raised after the session.

“It’s really nothing to do with pressure, honestly,” Hamilton insisted. “It really wasn’t a pressure scenario. It’s literally just mistakes do happen. I came into the pits, I knew that I didn’t have a huge amount of time and I was attacking.”

But it is about pressure. Making that mistake came from the pressure of the situation. Hamilton admitted himself in that answer that he knew he didn’t have much time to spare so needed to be quick, and made the error. And that’s because his pole position was under threat, which would have an impact on his chances of winning the race, and by association his championship hopes.

Of course Verstappen was simply getting to sit back and watch this all unfold, having completed just two laps in Q1 and called it a day. He was confident in his abilities in race trim and didn’t see the need to try and outqualify Charles Leclerc to gain a spot on the grid. 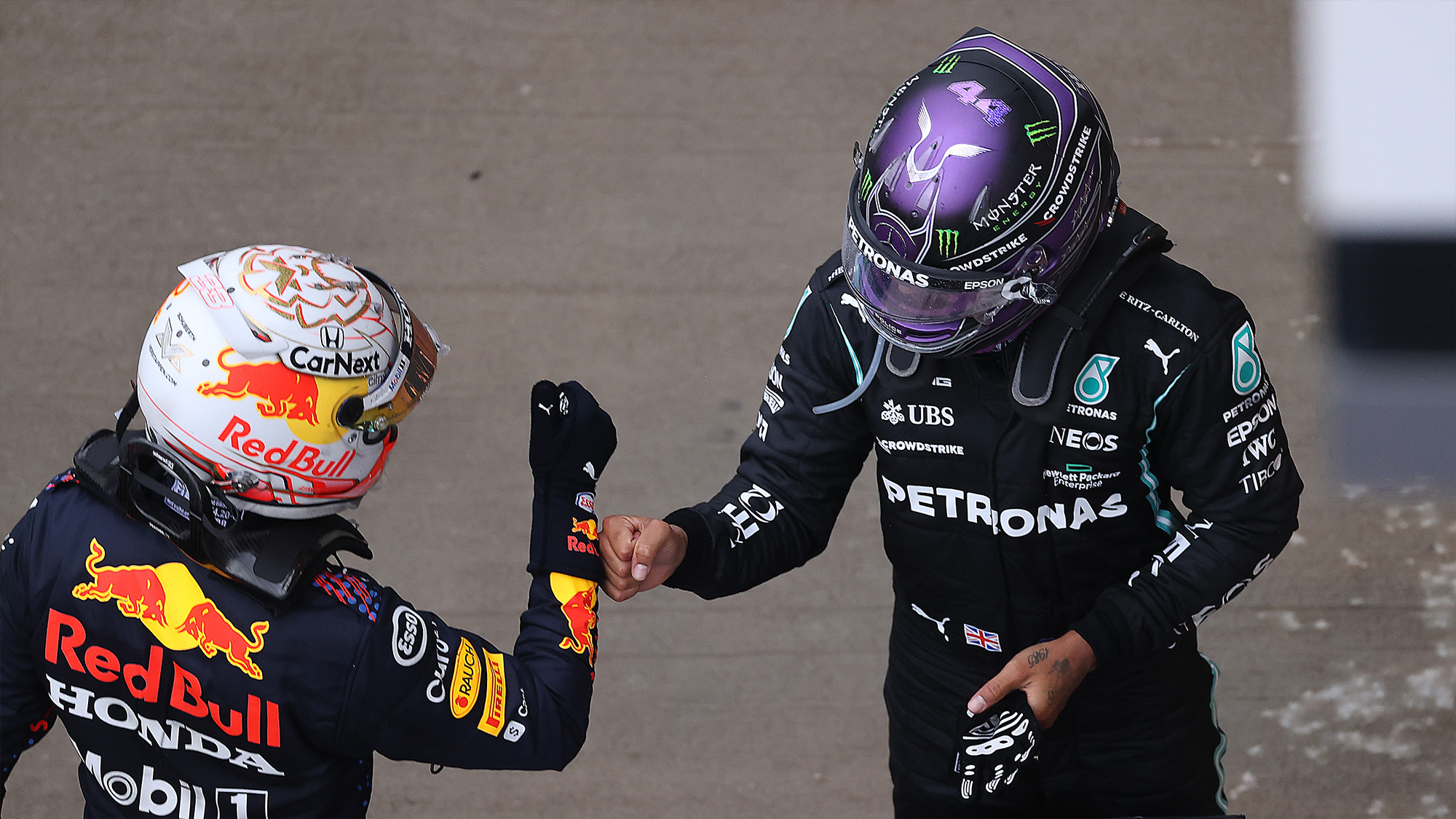 Both drivers delivered in the race, even if at times it ebbed and flowed and each looked under pressure. The fact that they ended up one-two showed they both maximised their chances, because they couldn’t really do anything about the other. But the big winner was Verstappen.

Heading into the weekend, it would have been a pretty safe bet that Hamilton would win. That’s not to detract from Hamilton’s performance on Sunday, but given Mercedes’ history in Sochi and with Verstappen starting last, he was the clear favourite. So for Verstappen to finish second to him as a massive bonus for the Red Bull driver.

And in many ways it’s an excellent example to back up his claim that he isn’t feeling the pressure. Verstappen had cars to pass and was never rash with his moves, even when he got stuck in traffic. He complained about the strategy at one stage but only because he could see Hamilton just up the road in the first half of the race – some achievement in itself – and wanted even more.

That frustration didn’t get to him though, and he executed well even if he was going to be limited to seventh place before the late rain. Then he made the right call at the right time – again a calm head in a high-pressure situation – and pretty much hit the jackpot.

But we shouldn’t be surprised. The experience Hamilton talks of from 2007 was his rookie season. He had been thrust straight into the spotlight out of almost nowhere, up against Fernando Alonso, and was like a rabbit in the headlights. When you think of that scenario, he handled it excellently. 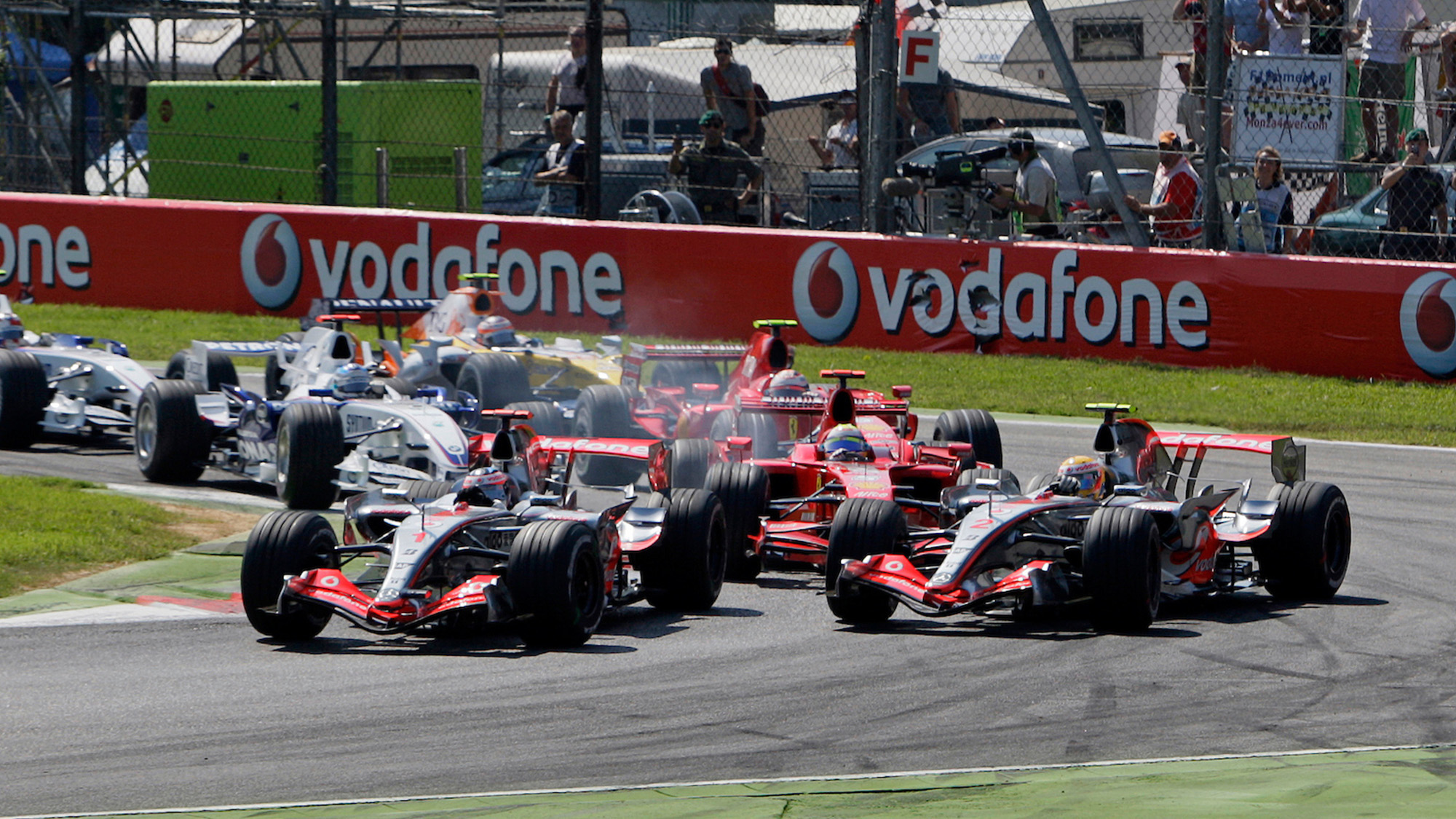 Verstappen, on the other hand, has been primed for this opportunity for years. He had far less pressure at Toro Rosso, and his early promotion to Red Bull in many ways took the pressure off, too. He was replacing an underachieving Daniil Kvyat and was so young he was always going to be given time. Plus the team was rarely fighting for wins thanks to the Mercedes dominance in 2016.

Perhaps Hamilton overlooked the fact that while this is Verstappen’s first title fight, it comes with over 130 races under his belt and consecutive top-three finishes in the drivers’ championship leading into this year. He’s only a year older than Hamilton was in 2007, but from an F1 perspective, he’s far more mature.

Hamilton will know what Verstappen is going through, but they were both prepared for their first title fights in very different ways. With seven races remaining, so far the pressure doesn’t seem to be getting to either of them significantly more than the other.

And that probably means they’ll go stride for stride right until the very end.