A week on from Mercedes’ fourth victory of the season, everything pointed to the reigning champions maintaining an unbeaten record in 2020. Same venue, same car but crucially for the show, not the same tyres.

By lap five of the 70th Anniversary Grand Prix, we were being treated to something rare: Mercedes under pressure.

Last week’s headlines made uncomfortable reading for Pirelli, as questions were raised about its tyre choice for the second Silverstone race following the front-left failures a week before.

After another tyre meltdown in the British GP, that arguably altered the course of the title race between both Mercedes drivers, teams were given tyres one step softer for the 70th Anniversary weekend, with the C2 (hardest), C3 and C4 (softest) tyres versus the C1-3 offering seven days prior.

Pirelli stuck firmly to its guns, altered tyre pressures and camber and that was it. It’s a decision that made for a thrilling race full of strategy and it should be commended for that.

We should also be demanding more of the same. After all, the reason for having different compounds is to increase strategy options and to make races less predictable and more exciting. Silverstone has shown the way forward.

Max Verstappen and Red Bull‘s gamble to start the race on hard tyres turned out to be inspired, with the Dutchman more than capable of remaining in striking distance of both Mercs ahead, even in the first few laps before they were crippled by blistering tyres. 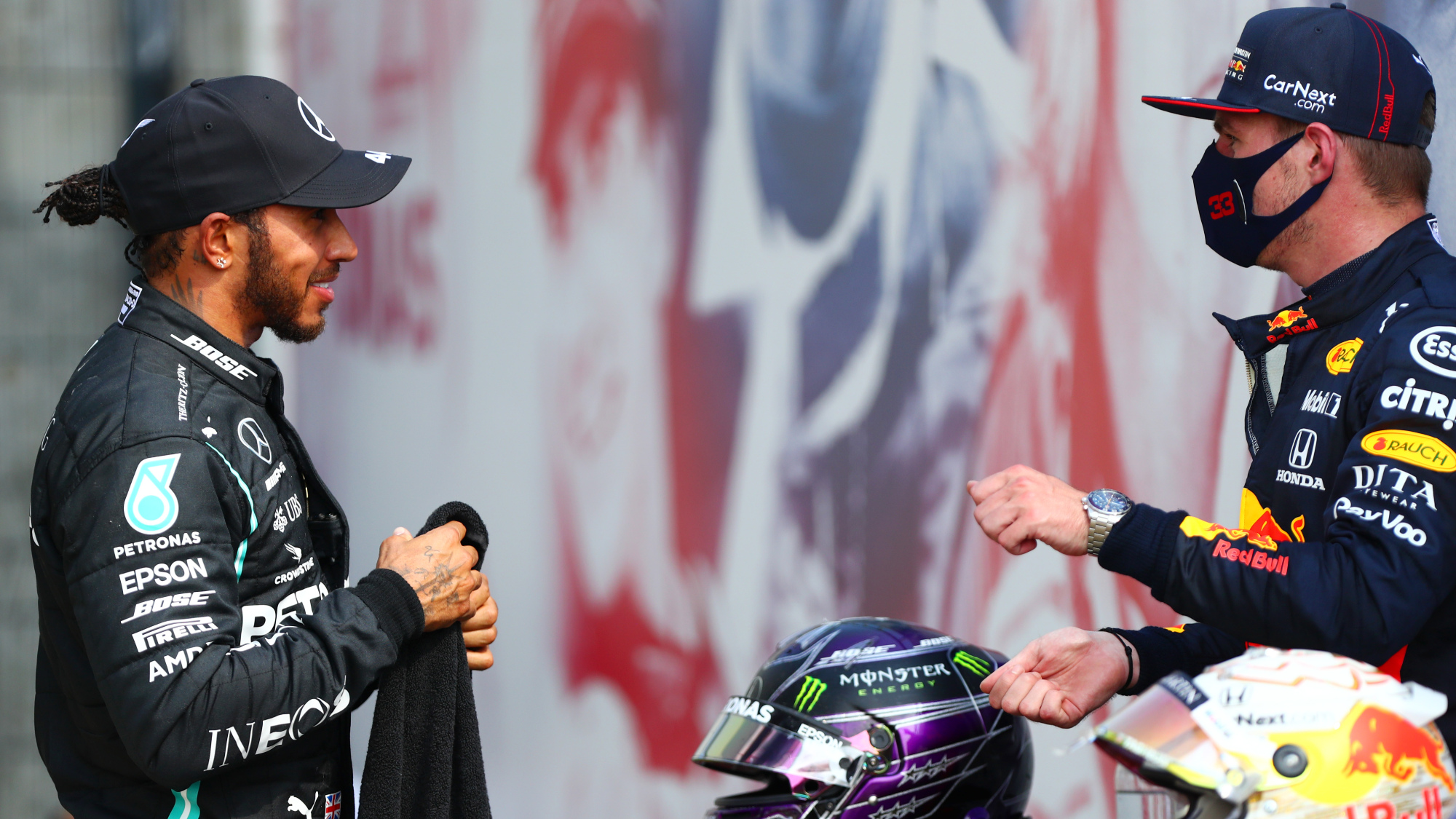 Lewis Hamilton admitted Mercedes had nothing for Red Bull on race day, unable to keep the tyres in shape

Higher temperatures than the previous week, and the step softer in tyre compounds, opened up the rear tyres of the Mercs and the race itself, ending the prospect of yet another processional Mercedes win.

Strategic options multiplied thanks to the slightly too-soft C4 tyres and the lack of certainty that a one-stop strategy using mediums and hards would work. There was no easy answer; a welcome breath of fresh air in the stifling heat.

Do you preserve the tyres and likely end up going too slowly? Or do you increase the pace and push the tyres outside of their operating window, necessitating an extra pit stop?

It strained the teams’ software models as they attempted to work out the most efficient race strategy. Their plans emerged long before lights out on Sunday. Renault was able to work the medium tyre better than the soft so did not even attempt a Q3 lap on the softest tyre. Red Bull had to roll the dice to give Mercedes something to think about so Verstappen’s Q2 lap was done on the hard tyre — which he would start on — rather than the mediums Hamilton and Bottas both opted for.

Verstappen was shaping up for just the single-stop race until it became clear that Mercedes did not have the measure of him on race day, and converted to a two-stop, having run longer in the initial phase of the Grand Prix to cover Valtteri Bottas off.

Behind them, Charles Leclerc and Ferrari brilliantly proved that there was another option: the Monégasque driver putting in a stellar drive for fourth place, making the solitary stop work.

Lewis Hamilton may have had a chance at doing the same while in the lead. Mercedes mulled over its options in the closing laps and Red Bull crafted a counter-strategy but he ultimately stopped again. His fresher tyres gave him the pace to re-take a demoralised Bottas for second, but it was the chance of the unlikely coming to fruition that made it an engaging final 15 laps.

Further down the order, positions were still being settled in the final three laps as strategies played out. 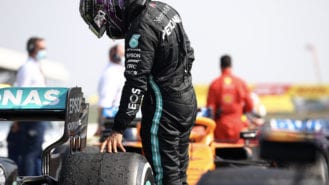 F1 could do a lot worse than aiming for a repeat, a target that looks to have the support of F1’s motor sport director, Ross Brawn, who called it: “Without doubt, the most exciting race of the year.”

“The 70th Anniversary Grand Prix weekend showed how small changes, such as changing the compound type and allocation from one race at Silverstone to the next, can have such a big effect. It made the race,” he said in his post-GP column.

“Red Bull produced a brilliant strategy, and Max Verstappen executed it perfectly. The difference between getting the tyres to hold on and for them to go over the top can be quite subtle. Clearly Mercedes were putting a bit more energy into the tyres in a way which pushed them over the limit, whereas Red Bull did not.”

So how can Pirelli replicate Silverstone II? Altering the tyre allocations for teams to make strategy a knife-edge call is a much “cleaner” way of changing the status quo versus previously touted ideas such as reverse grid qualifying or compulsory two-stop races.

It could be done this season too by opting for one step softer than originally planned for the remaining races that are yet to have a tyre allocation announced. That would come into effect after the Italian Grand Prix at Monza.

The Tuscan, Eifel and Portuguese Grands Prix are already a step away from normality so could present F1 with a great chance to experiment with stable regulations following next year.

A visit to Sochi for the Russian Grand Prix splits the races at Mugello and the Nürburgring, and it’s an event that desperately could use some help in putting on a greater showing on race day, offering Pirelli another great excuse to try something new.

Of course, it would be nice to see a truly competitive fight at the height of F1 without the ‘artificial’ element of tyre compounds but that is looking impossible until 2022, with development largely frozen until then.

Until then, this year’s compressed season is adding to the drama. Mercedes has less than a week to unearth the causes of its tyre headache, with Red Bull ready for another opportunity to win.

On race day at Silverstone, air temperature hit around 27C. The average highs in Barcelona during the month of August sits at around 29C, and the Circuit de Catalunya is hardly kind on F1 tyres.

Tyre compounds will revert to being one step harder next weekend; whether this negates the higher temperatures, and produces more uncomfortable choices for Mercedes, only time will tell.