Dramatic? Absolutely. Fair? Probably not. Biased towards one driver over the other? Almost certainly not.

The 2021 season will all come down to a shootout in Abu Dhabi, with Lewis Hamilton needing to outscore Max Verstappen by a single point to become world champion for a record eighth time. Or if your allegiance is in the opposite direction, Verstappen needing to match Hamilton’s result to secure his first drivers’ title.

And it’s all set to be played out under a cloud of confusion that isn’t really helpful for anybody.

It has become commonplace for fans to pick a side and vehemently stick to it. Either Lewis is right or Lewis is wrong, Max is right or Max is wrong. But I’d argue there’s even a situation where both can be both.

Starting with the collision between the two that earned Verstappen a ten-second time penalty, they were both playing games. Hamilton was extremely keen not to hand Verstappen the DRS for the pit straight and so wanted to stay behind, when Verstappen was letting the Mercedes driver through as instructed, even if it was at the most convenient place for him.

Hitting the brakes is the point that Verstappen went too far and earned himself a penalty, but they were both starting to creep into a grey area prior to that.

The real grey area, though, caused that whole incident to occur in the first place. And it stems from the race in Interlagos.

When Hamilton tried to go down the outside of Verstappen on Sunday and found the Red Bull outbraking itself and sliding wide – slightly out of control for a spell – he was forced to take evasive action. And afterwards, he was unhappy. Partly at Verstappen, partly at the stewards. 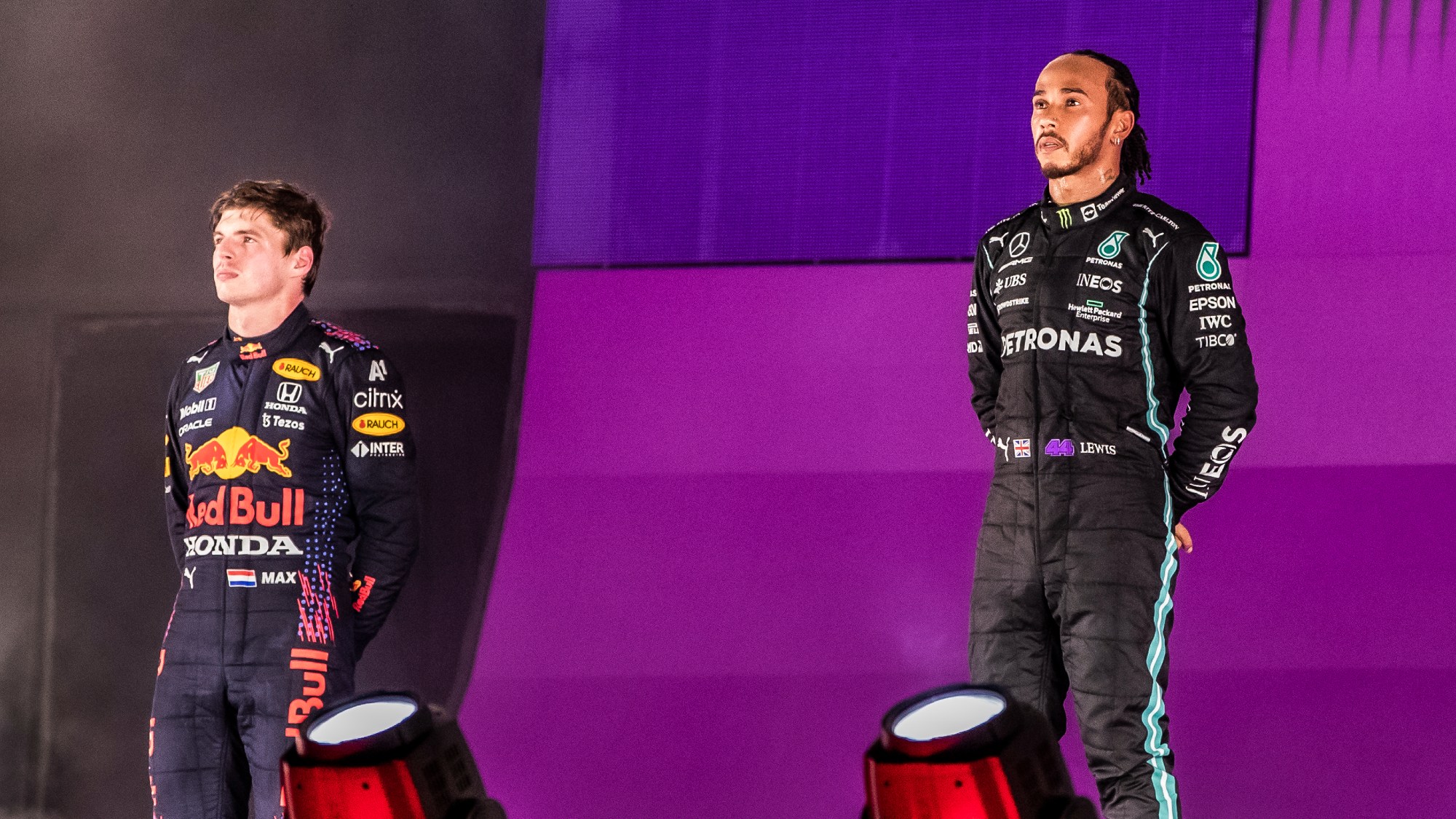 “I think we’ve seen multiple incidents this year, even Brazil where we’re supposed to do our racing on the track in between the white lines, and the rules haven’t been clear from the stewards that those things have been allowed, so that’s continued,” Hamilton said.

“From my understanding, I know I can’t overtake someone and go off the track and then keep the position. That’s well known between us drivers. It doesn’t apply to one of us I guess.”

But what’s crucial about the first part of that quote is that it isn’t a criticism of Verstappen, and it actually explains just why he races like he does sometimes. Drivers are always going to push the limits, seeking any advantage they can get. When Verstappen is told how far he can go, he pushes further in search of the theoretical line, but in Jeddah he didn’t go any further than he had in Brazil. He took the exact same approach, having been told it was OK just three weeks ago.

This time, he’s told to give the place back. Personally I felt Verstappen should have been penalised in Interlagos because such a defensive move all-but-eradicates wheel-to-wheel racing in a corner. The defending car only needs to sit on the inside on the approach, push both cars wide in the corner and they can stay ahead.

There’s no decision to be made about which side to defend on a straight, because there’s a clear way to retain the position.

Despite that view, because Verstappen had that approach approved at Interlagos, he’s fully entitled to expect to be allowed to do it again.

“I find it interesting that I am the one who gets the penalty when both of us run out of the white lines,” Verstappen said. “In Brazil it was fine and now suddenly I get a penalty for it. Well you could clearly see both didn’t make the corner.”

As much as Hamilton will say the rules don’t apply to Max, the mixed messages Verstappen has been getting are arguably worse for both. Neither driver now knows what they can and can’t do when in wheel-to-wheel combat with each other, because there are recent examples of the exact same move being punished in two different ways.

Toto Wolff himself admitted Verstappen has been put in a tough position – as has Hamilton by default – as a result of the decision from Brazil. And it’s a position that has been made even tougher by the contrasting outcome to such a similar incident in Saudi Arabia, that just creates further confusion heading into the highest of high-pressure weekends.

“I said in Brazil, we’re setting a precedent if it’s not being investigated that could end up really ugly for the championship, and you’ve seen [in Jeddah] they were pretty much Brazil at slower speeds,” the Mercedes team principal said. “We don’t want to have that in Abu Dhabi. The quicker car with the quicker driver should win the championship and not by taking each other off.”

Of course Verstappen could win the title that way, but would he really do so? As aggressive as he has been, he likes to leave the decision up to another driver as to whether they have contact or not, rather than actually instigate the contact himself.

Up to now, Hamilton has jumped out of the way with regularity – “I’ve avoided a collision on so many occasions with the guy and I don’t always mind being the one that does that, because you live to fight another day” – but Verstappen has largely been taught by the stewards that he can put his rival in that position.

Is he allowed to do so now? Who knows. And that only increases the likelihood of the championship being decided in the stewards’ room after the pair have been inseparable on track all year long.

“I hope the race has enough repercussions that everyone’s going to learn from it and adapt for the final race in Abu Dhabi,” Wolff added. “I think that similar driving, if it were deemed by the stewards as over the line, would be penalised as well in Abu Dhabi and that could well end in a messy situation for everybody and I don’t think the championship has deserved a result which was influence by a collision. So I very much in that case trust in the self-regulating system.”

It’s a hell of a lot of trust to have, Toto, because after 21 races and numerous incidents I couldn’t tell you what’s going to be allowed and what’s not.