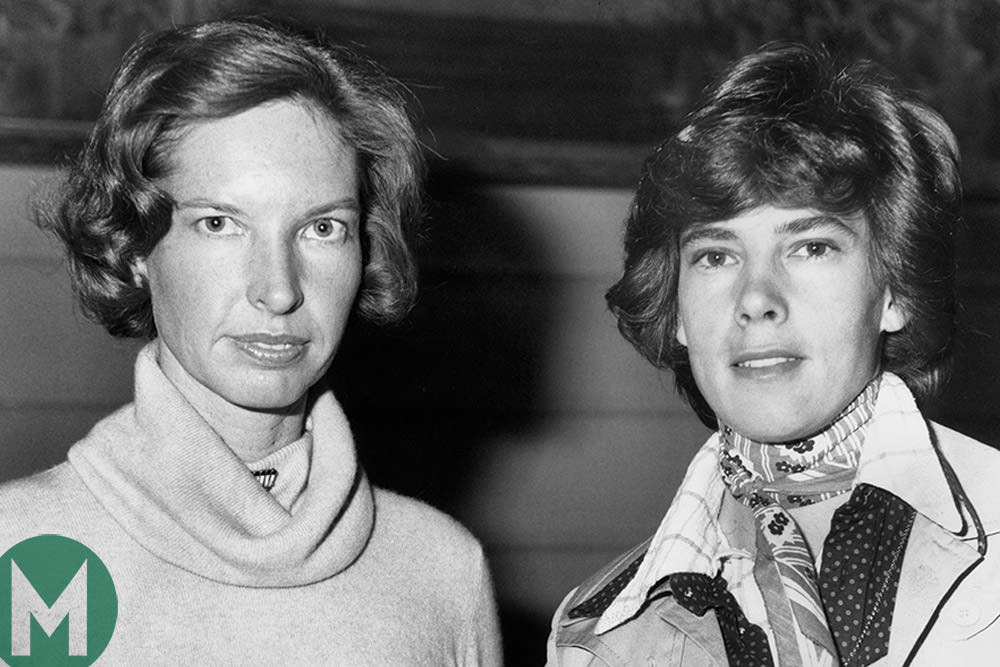 Carmen Jordá is of course entitled to her opinions.

One would like to imagine that she considers carefully her words as the (so it would seem) most newsworthy member of the FIA’s Women in Motorsport Commission.

And clearly she’s unafraid of upsetting those with records far superior to hers.

That drivers as capable as Pippa Mann, Tatiana Calderón – this week announced as Alfa Romeo Sauber’s official tester – and Jamie Chadwick are among those “disheartened” by her recent statements about an unbridgeable gender divide means that this writer needn’t get his Y-fronts in a twist about it.

He would, however, like to provide a historical backdrop to the contention that women cannot compete at the highest level due to a physical shortfall.

Camille du Gast was a wealthy widower whose taste for speed and adventure epitomised – and scandalised – Belle Epoque Paris.

[Her involvement in a scurrilous court case about the identity of an anonymous nude went global.]

Though her Panhard was unsuited to the demands of the three-day 1901 Paris-Berlin race, she finished 33rd.

Her 1903 Paris-Madrid bid at the wheel of a factory De Dietrich was entirely more serious.

This machine left its occupants, perched high, exposed to the elements and dust while its rudimentary frame and suspension without shock absorbers subjected them to a pounding on unmade roads.

Wheel braking was to the rear only and operated by a hefty, hopeful haul of its handbrake.

It was not the fastest in the race – it wasn’t even the fastest De Dietrich – but it was a proven proposition.

Du Gast made strong early progress and was lying eighth (some reports say sixth) among more than 200 starters with 30 miles of the first leg to Bordeaux remaining when she stopped to tend to injured team-mate Phil Stead – at the cost of good result.

For this ‘Race of Death’ – De Dietrich’s Claude Loraine Barrow among its fatalities – went no further and its notoriety put a stop to city-to-city races.

The gallant Du Gast’s ‘reward’ from the Automobile Club de France was its banning of her from the 1904 Gordon Bennett Trophy – on account of ‘female excitability’.

So she switched to powerboats.

Attitudes had softened by the Jazz Age and Prague’s Elizabeth Junek was its smiling ‘Queen of the Steering Wheel’.

Drawn into the sport by her husband Viktor, she made her name in Bugattis and by 1927 had graduated to a Type 35B Grand Prix model.

Though this car was light and nimble – capable of 120mph thanks to a 140bhp supercharged 2.3-litre straight-eight – its rigid axles controlled by leaf springing and friction damping jarred with the rough Sicilian mountain roads of 1928’s Targa Florio.

Some of these aces were driving voiturettes.

And Tazio Nuvolari’s 2-litre Bugatti T35C – fifth at the end of the first lap – had succumbed already to piston failure.

Junek’s was no flash in the pan. Entering the final lap of five she was second, exactly one minute behind the burly Campari in Alfa Romeo’s 6C 1500, and 11sec ahead of Divo’s works T35B.

Sadly she would suffer a puncture when striking rocks in the road that hadn’t been there before. Her preparations thorough and detailed, she was said to know the course better than anybody.

The Bugatti’s water pump also began to fail and she slipped to fifth – fewer than 9min behind the victorious Divo after almost seven-and-a-half hours of high-pressure driving against clock and terrain.

Fourth-placed Chiron completed an extra half-lap in his works T35C before realizing the race was over. His complaint that there had been no flag at the finish was met by bemusement, organiser Vincenzo Florio replying that he had never before met a (male) competitor who had not had enough after five laps.

Two months later Junek – Viktor killed in the Bugatti they were sharing in the German GP at the Nürburging – halted her racing career.

By the middle of the 1930s British motor racing, in particular, was flush with competitive women drivers – and 4ft 10in Kay Petre was their standout performer.

Brooklands was past its best – concrete surface sinking and crumbling – and Petre’s mighty 10-litre V12 Land Speed Record Delage was (by regulation) reaching the end of its working life by 1934.

The following year – the car awarded a year’s stay of execution because of its careful preparation by Thomson & Taylor – she went head to head with the supercharged 1660cc Derby-Miller of Gwenda Hawkes.

Though the latter won the battle with a 135.95mph lap – in a front-wheel-drive car that was no sinecure over the bumps – Petre won the PR war.

Her case was helped by the disparity between woman and machine – she required a special seat and extended pedals – but closed by the fact that her 134.75mph best, achieved with breaker strips showing through three tyres, was faster than John Cobb’s in the same car.

And the burly Cobb was within months to become the outright lap record-holder.

The 1960s were not yet swinging when the Big Healey emerged as the epitome of the British hairy-chested sportscar. The competition version was loud – deafening as well as hot beneath its hardtop – brutish and sheer ‘unassisted’ hard work.

Yet Pat Moss drove one to victory in the ultimate he-man’s rally: the non-stop four days and nights of 1960’s Liège-Rome-Liège.

Co-driven by Ann ‘Wiz’ Wisdom, herself of fine motor sporting stock, she battled against the clock and wildly optimistic official mileages – more than one hour late at a control and you were toast – through Germany, a corner of Austria, Italy and Yugoslavia. And back.

Seventy of the 83 starters didn’t make it.

The purse for the winners was £1071 – but their real prize was the unquestioning and everlasting respect of every enthusiast then and now.

Women can compete with men given the opportunity and there are plenty of stories to inspire them to do so.

Your President Michèle did. So did Desiré. And Janet and Lyn and Danica and Lella and Divina and Maria-Theresa and Ewy and Marie-Claude and Sarah and Katherine and Shirley and Ashley and Brittany and Courtney and Christina and Simona and…