As the dust settles on Silverstone, teams prepare for the run south-east to Germany… but both legs of this traditional July double are in jeopardy 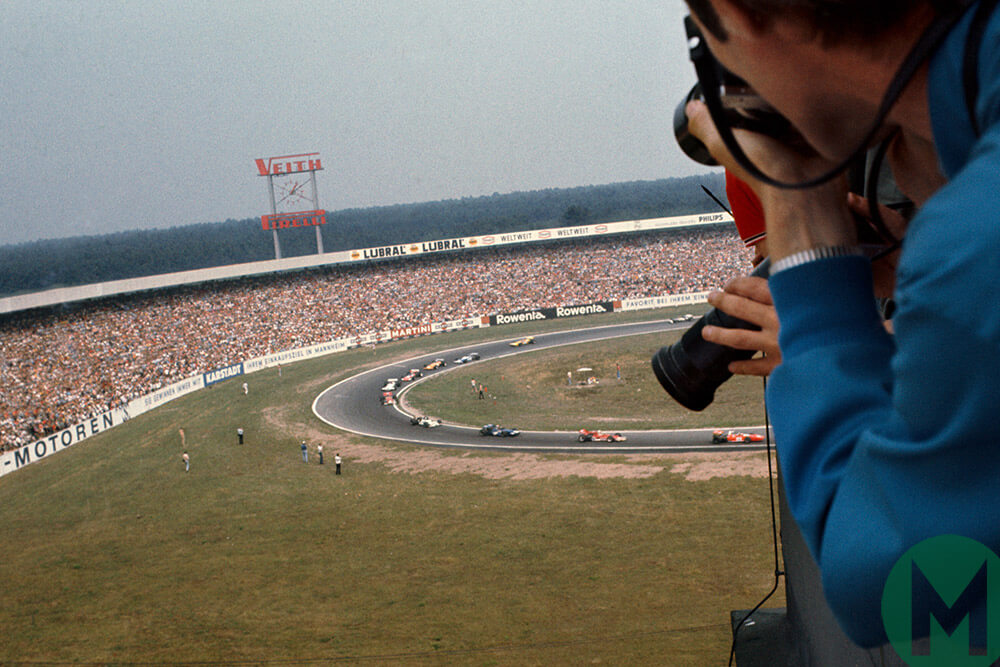 Is something rotten in the state of Baden-Württemberg? Germany, a nation that staged its maiden Grand Prix in 1926, appeared on the world championship calendar for the first time in 1951 and fell so deeply in love with motor racing that it was able to sustain two sell-out Formula 1 races per season until relatively recently, is in danger of slipping from the radar.

While Silverstone has triggered a break clause that concludes its British GP deal beyond 2019, German GP host Hockenheim is out of contract at the end of this month and its management says it simply cannot afford to continue hosting the event. It would like so to do, but not at any price.

Local interest in F1 expanded dramatically 25 years ago, as Michael Schumacher rose to power: Germany hosted two world championship GPs for the first time in 1995 and by the decade’s end this was custom, the second labelled in honour of Europe or Luxembourg, according to political expediency. The races at Hockenheim and Nürburgring became almost identikit events – particularly from 2002, when the former lost its long, distinctive, forest-lined straights and became a sawn-off stadium venue. They were characterised by boisterous fans with klaxons, firecrackers and eyes for only one driver. They’d set up camp from the previous Tuesday and the atmosphere would build thereafter, irrepressible enthusiasm infused with the dual aromas of barbecue and beer.

Few Grands Prix had a parallel sense – or indeed scent – of occasion.

And then Schumacher retired for the first time at the end of 2006, Hockenheim and the Nürburgring became alternate F1 hosts for a while and increasingly large swathes of grandstand tickets remained unsold. The emergence of Nico Rosberg made no difference, ditto that of Sebastian Vettel. In 2015, with four-time champion Vettel now in a Ferrari and Rosberg a potential title challenger for Mercedes, there was no German GP of any kind – a situation that could soon become permanent.

If this is to be Hockenheim’s swansong, the moment is perhaps right to recall its first German Grand Prix – in 1970, when the original Nürburgring Nordschleife was dropped from the schedule. The Grand Prix Drivers’ Association had requested a number of safety improvements at the track and these had still to be implemented, so at fairly late notice the race was moved from 22.8 kilometres of twisting, dipping, tree-lined asphalt to 6.8 kilometres of flat, tree-lined asphalt, featuring a small, twiddly stadium between long, gently sweeping straights negotiated at 300kph.

Reflecting some years later on the race, Ferrari star Jacky Ickx said: “Racing was very different then – no commerce, just sport. Hockenheim was supposed to be a modern track and it was felt that it would be much easier to manage the safety criteria than it was at the Nürburgring, just because the circuit was shorter.”

Hockenheim had also been updated, with the installation of guardrails to separate cars from trees and minimise the risk of an accident such as the one that had claimed Jim Clark two years beforehand.

Ickx qualified on pole and led away initially, but Hockenheim’s nature encouraged effective slipstreaming and made it hard for the Belgian to break away. The race began with a leading chain of five cars – Ickx, world championship leader Jochen Rindt (Lotus 72), Clay Regazzoni (Ferrari 312B), Chris Amon (March 701) and Jo Siffert (March 701) – and the balance of power ebbed and flowed. Ickx led the first six laps and Rindt the next three, then Ickx for another eight and so on. But out in the forest, away from public view, they were passing and repassing more frequently than the official lap chart’s simple arithmetic suggested.

“During the race I think we realised there was no getting away from each other,” Ickx said. “We had that slipstreaming situation, which doesn’t really exist nowadays. The track was extremely fast and safety was a bit limited. Consequently, on the long straights, we were giving signs to each other to indicate where we were expecting the other driver to overtake, so it was a very fair fight – intelligent and elegant, which absolutely reflected Jochen’s attitude.”

Siffert eventually dropped away from the leaders and engine failures accounted for Regazzoni and Amon, so Ickx and Rindt were left to battle alone. The Belgian led for 31 of the race’s 50 laps, but on the 49th his rival swept ahead once more and opened a slight gap: it was enough to secure Rindt his fourth consecutive victory, with Ickx just 0.7sec adrift.

It had been an epic contest, but the race would not be back at Hockenheim until 1977, the Nordschleife’s incompatibility with Grand Prix racing finally determined by Niki Lauda’s fiery accident the previous summer.