Mick Schumacher’s presenting of one of his father’s crash helmets in touching tribute to Lewis Hamilton at the Nürburgring on Sunday was also a reminder that eras come and go,…

“Lewis is ruthless, but he wants to win in a genuinely honest and honourable way. I don’t think that mattered to Schumacher. You have got to admire people who maintain a degree of innocence and sincerity, like Lewis and Mika, who never pulled a dirty move.

The ‘professional fouls’ of Adelaide 1994, Jerez 1997 and Monaco 2006 will always cloud Schumacher’s reputation, as the most obvious examples of his win-at-any-cost mentality. But it’s the prime example of the German’s tendency to ‘chop’ rivals that most colours Whitmarsh’s view. No surprise given that it was against Häkkinen.

He’s thinking, of course, of Spa in 2000, when Häkkinen was chasing down Schumacher, who put the Finn’s McLaren on the grass on the Kemmel straight at close to 200mph – only for Mika to get his cold revenge in the most magnificent way on the next lap by passing the Ferrari, the pair going either side of startled backmarker Ricardo Zonta.

“What made it so good was at the same place on the previous lap Schumacher had endangered Mika’s life,” says Whitmarsh. “One of the things I used to have in my office was the broken endplate from that race, complete with Michael’s tyre marks. After the race, as I came out of scrutineering I had it taken off and threw it at [FIA technical delegate] Charlie [Whiting], with whom I’d been remonstrating that Schumacher was going to kill a driver. I was so incensed.

“About six months later a package arrived, with no compliment slip, returning it! I put it in a cupboard in my office and it’s something I wish I’d taken when I left McLaren. It was a glorious moment because it was good triumphing over bad, and it also happened to be an extraordinary move, with poor old Zonta in the middle of it.”

Could Whitmarsh return to F1? 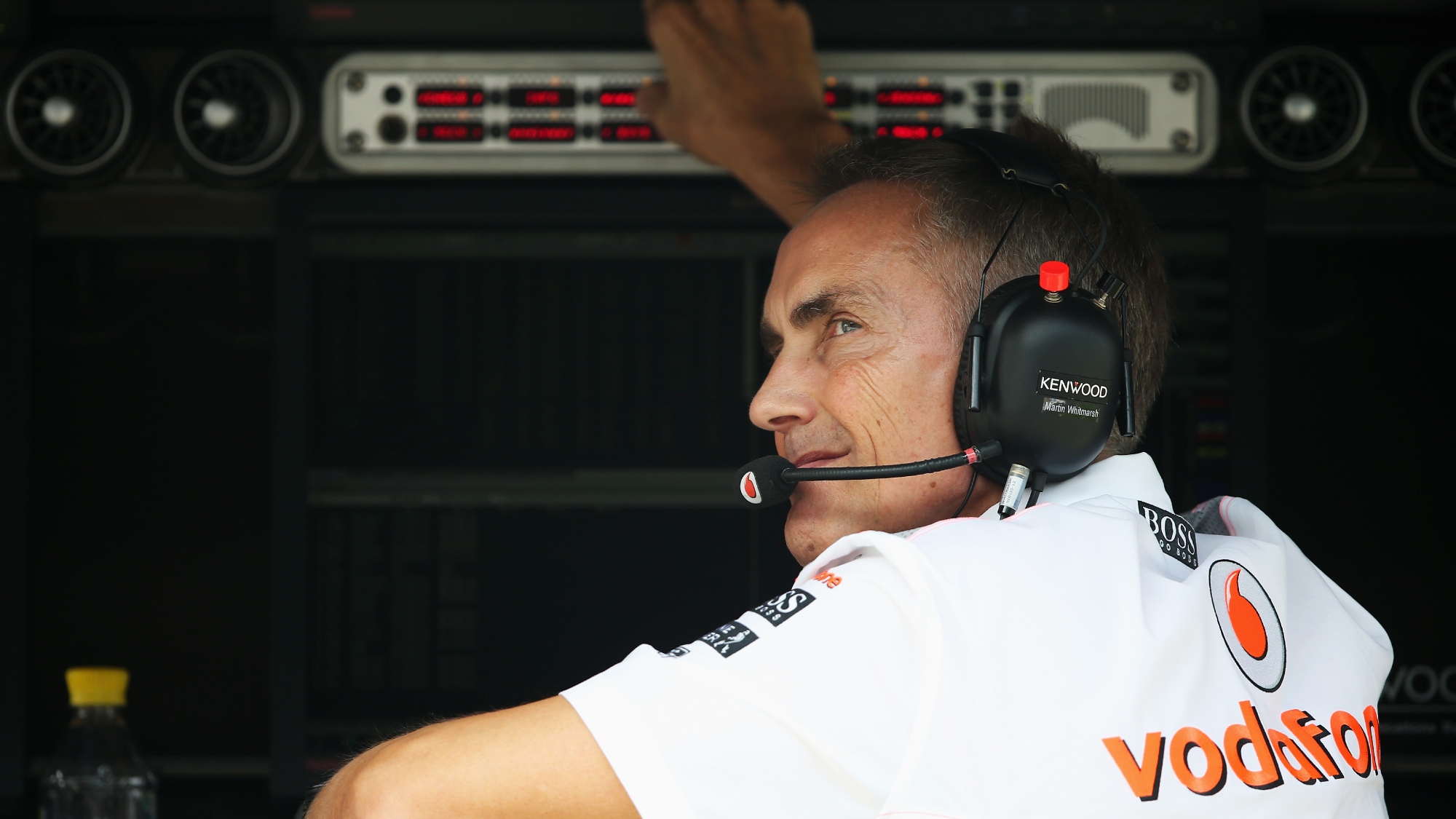 Would Whitmarsh return to F1 if the right job came up?

Whitmarsh was openly hurt by the way his time at McLaren came to an end, but he’s since moved on to fulfilling projects that have offered him new sources of satisfaction. “I do a whole variety of things that have a green agenda these days, which I’m very proud of,” he says. “Some are quite successful and are completely opposite to my mainstream career in F1, aerospace and supercars. I’m involved with off-shore wind and green technologies in the marine industry. I’m also on the advisory board of Formula E.”

Despite no longer being close to Hamilton, Lewis personally invited him to join his eponymous commission that is looking into the lack of diversity in motorsport – something else Whitmarsh is proud of. He no longer needs F1. But still, if there was a chance to come back – would he?

His answer is fascinating – especially when he drops in: “I was sounded out as a team principal recently…”

“I don’t know. You never know. Do I still love F1? Yes. Did I have a great time? Yes. But initially I did decide to stay out.”

Fronting up a proposed Maserati F1 return tempted him, before the possibility evaporated before it really took hold. Even then, representing such a grand name might have been a struggle. “I’m quite a strange, loyal person and just didn’t want to race against McLaren,” he says of his initial post-F1 years. “I thought the whole thing was sad and I still do, then I got angry about it. But I’m very lucky. I’m not enormously wealthy, but I’m wealthy enough to do whatever the f*** I like!” 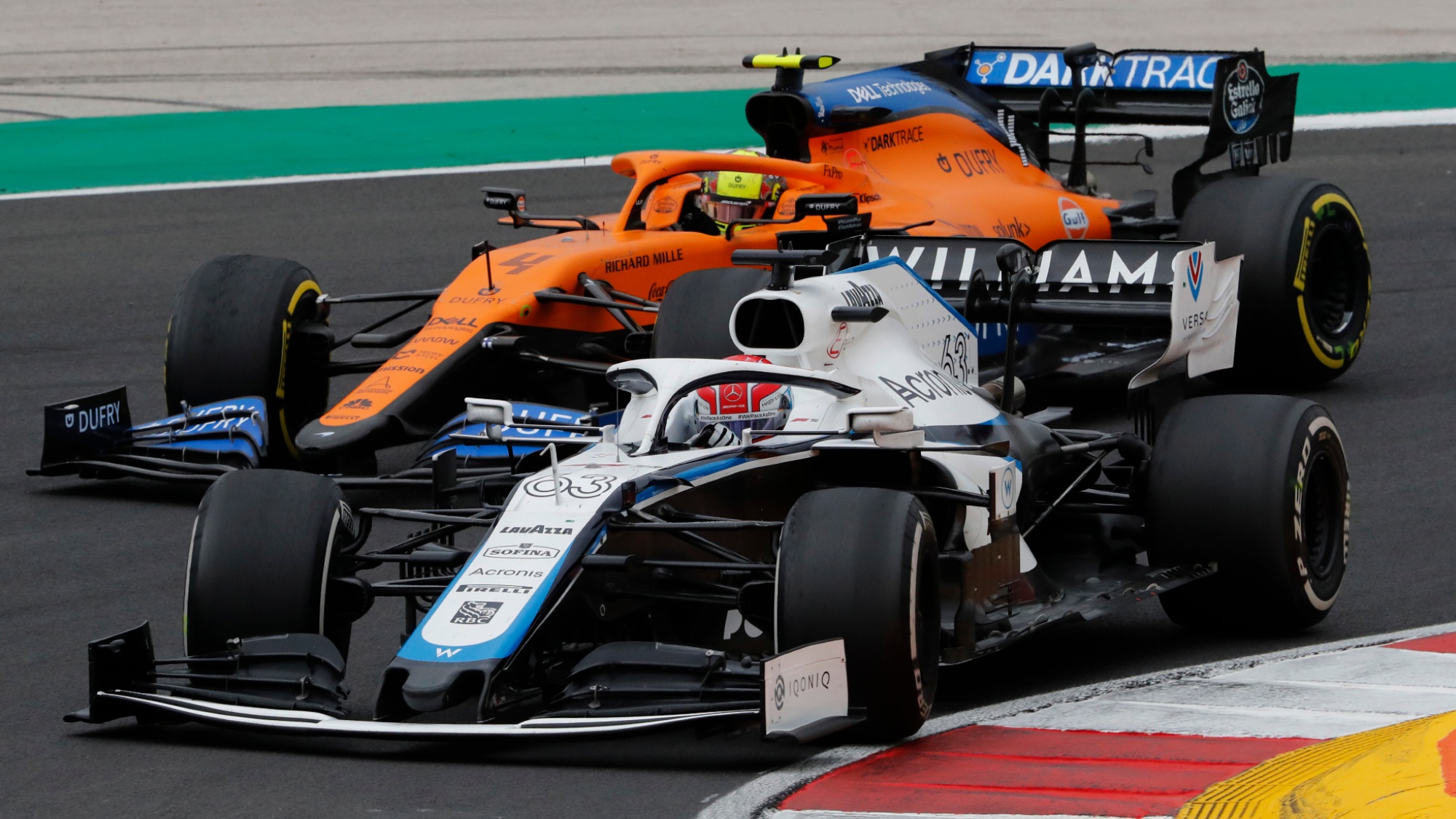 Could a Williams revival or McLaren reunion tempt Whitmarsh back to F1?

I’m still relatively young” – he’s 62 – “and fit. This year I have freed myself up, so I don’t hold any executive positions. So there is a bit of hankering for one last hurrah. But then again maybe it would be sad to go back.

“When I joined McLaren it was the Marlboro Racing Team and F1 was a subset of tobacco,” he says. “And whatever you think of tobacco, it was a great era. McLaren had less than 100 people when I joined it [in 1989]. Then the automotive era came in and the whole technology race. We were at the forefront of various initiatives and it was fun. If I went back would I get that experience?”

Stefano Domenicali, a contemporary of Whitmarsh and his direct number at Ferrari during his time as McLaren team principal, has chosen to return, as Chase Carey’s replacement at F1 itself no less. Whitmarsh is a man of similarly high integrity and vast experience of managing pressure, expectations and demanding people, and there are teams on the grid who would be lucky to have him right now – a team such as Williams, for instance.

It’s tempting to read between the lines into what he says next. “I’ve been very lucky. I’d had a modestly successful career in aerospace and when I looked at F1 there were two teams I wanted to be in: one was Williams, the other was McLaren. Over the last few years it’s been deeply saddening to see what’s happened [to Williams].

“But I’m open to anything if it’s challenging and different. To come back and turn the same handles… it would have to be something extraordinary. But maybe I had the best of it. I’ve been a team principal and a chairman of FOTA [Formula One Teams Association], so it would have to be something special. You can’t do it part-time, it’s a 24/7 thing. You can choose the people, but you can’t always choose the owners, who have to be extraordinary – and quite a lot of them aren’t. Well, they are extraordinarily rich…”

Whitmarsh left F1 with his head held high and like Domenicali, many in the paddock would welcome him back. He doesn’t need it and might regret it after such happy memories of his previous life at McLaren. But that might not be enough to stop him if someone sees sense and offers him the right job. Once motor racing is in your blood, it never really leaves you.