Fast-starting Hamilton had this year’s title wrapped up before Ferrari even got going, after looking weak in pre-season testing 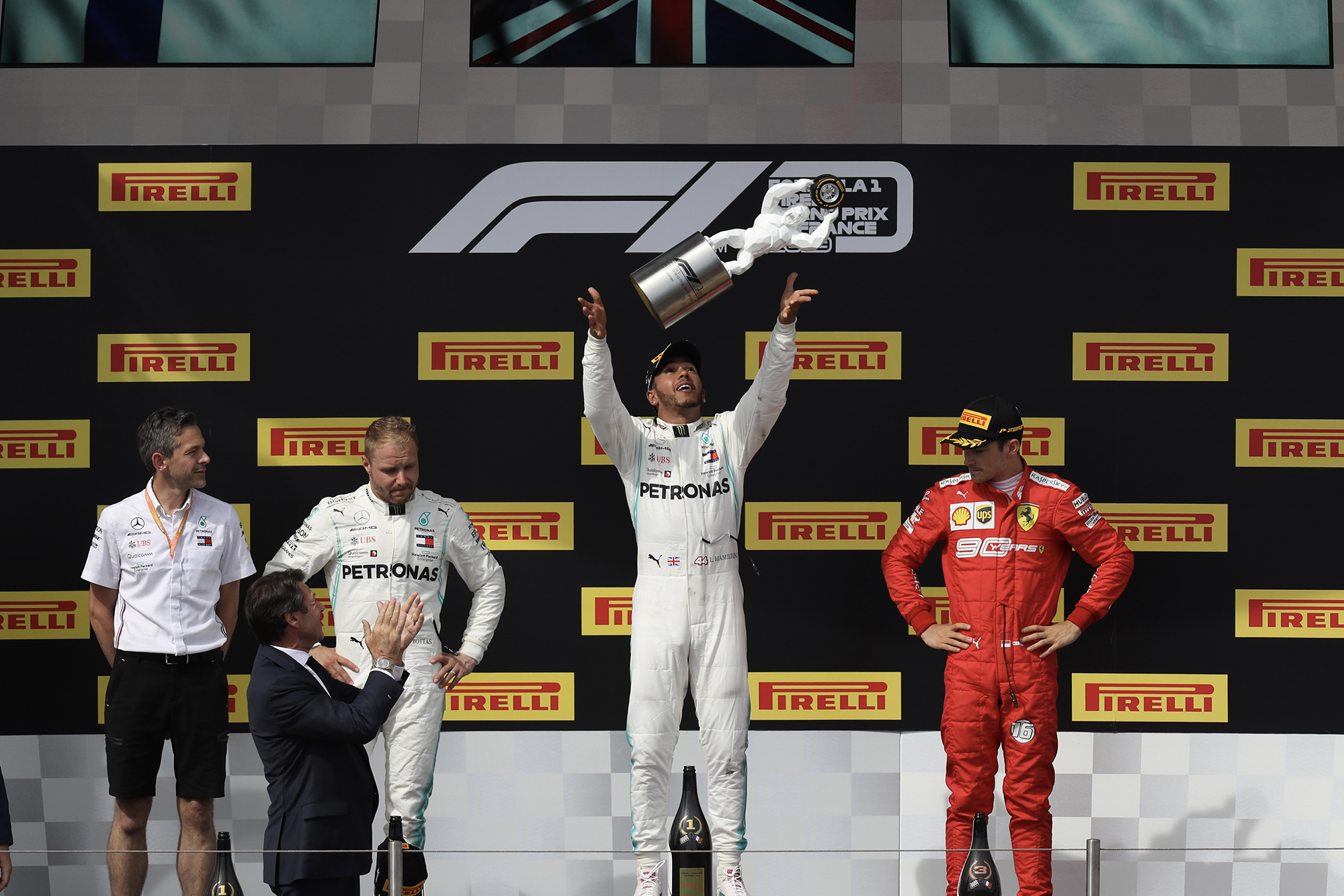 There was a sense of inevitability about Lewis Hamilton’s sixth drivers’ championship. It hasn’t really been in doubt since very early in the year, and in that lies the platform for his latest success.

His early title fights went to the wire. Even at the height of Mercedes’ dominance, alongside Nico Rosberg two of the three seasons were decided at the final race. In 2015, Hamilton started strongly and then closed it out in style after the summer break. Traditionally that was when he really found his form.

Then came a slow start that saw Rosberg beat him to the championship, followed by two seasons where he was faced with a serious challenge from Ferrari, and Hamilton once again took a little while to get going before he hit his stride in the second half of the season to pull clear and wrap up consecutive titles in Mexico.

The 34-year-old had to raise his game. There was no knowing if and when Ferrari were going to get it right

It might be the same time of year that Hamilton has been crowned, but there was something different about this season. And it all stems from the long, hard days at the Circuit de Barcelona-Catalunya in February and March.

It’s easy to forget just how strong Ferrari looked during pre-season testing. Many observers gave the media stick for building up the Scuderia ahead of the first race, but their performance level compared to Mercedes was massively impressive for seven and a half days.

Mercedes were never bluffing. And Hamilton was similarly not spinning a line when he talked of a half-second deficit to Ferrari as pre-season testing drew to a close. That he got into the car on the final afternoon and was able to match their pace was a step in the right direction, but it still meant the team left Barcelona feeling like the hunter rather than the hunted for the first time in the V6 turbo era.

And it’s that scenario that proved to be the catalyst for Hamilton’s triumph. 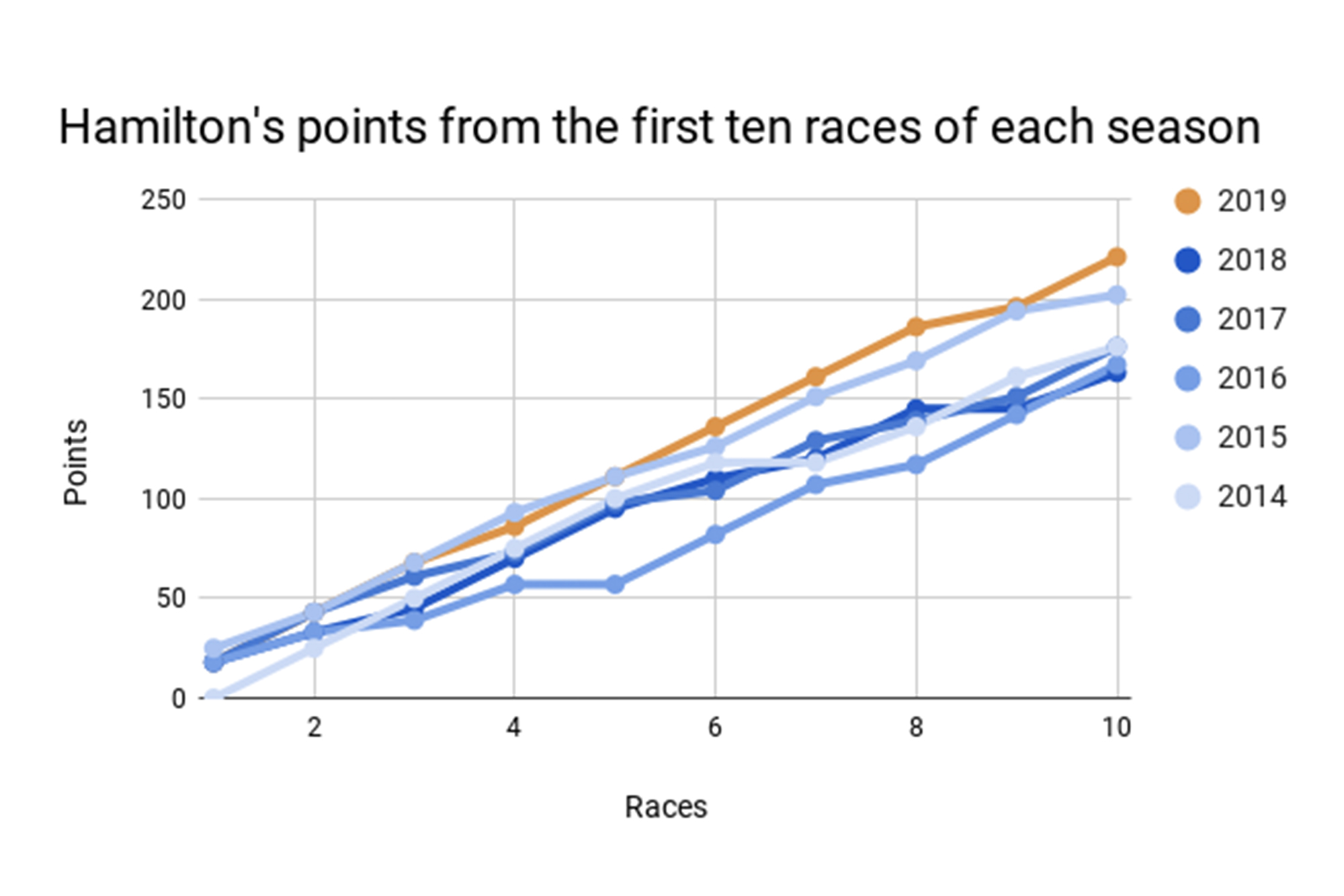 The Briton has often not been at his absolute best at the start of the year, and he wasn’t in Australia as Valtteri Bottas took an easy victory and Ferrari spectacularly underperformed. If Hamilton had thought that result meant Mercedes were now comfortably favourites, that theory will have been immediately dispelled when Ferrari locked out the front row in Bahrain and Charles Leclerc looked set for victory.

Hamilton drove superbly – especially in wheel-to-wheel combat – but there’s no escaping the fact that he lucked into victory when power unit woes hit Leclerc in the closing stages. At that point, Australia looked more like a blip in Ferrari’s form, and it inadvertently woke the beast so much earlier than normal.

The 34-year-old had to raise his game. There was no knowing if and when Ferrari were going to get it right, and it was a very real possibility that he could be ending the season level on drivers’ titles with Sebastian Vettel once again.

He delivered in China, and the threat seemed to be receding, but then came Baku where Leclerc should have been on pole for the second time in four races. Even if Ferrari were missing chances, Bottas wasn’t and the costly slow start in 2016 will surely have crossed Hamilton’s mind.

It was arriving in Spain he accessed that next level of personal performance usually reserved for the second part of the season – one that seems to escape almost everyone else on the grid. 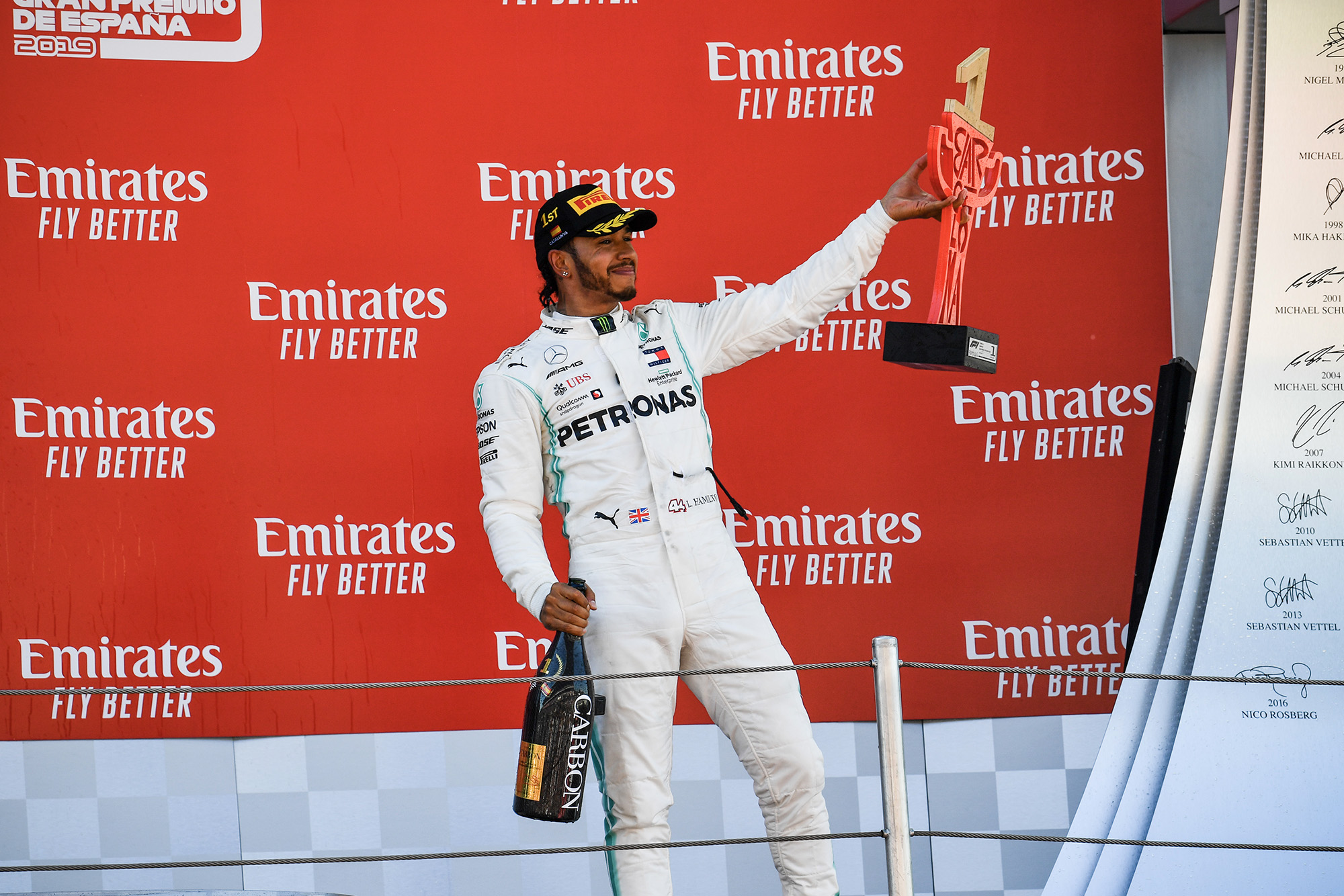 Spanish win was the start of a run of four victories Photo: Motorsport Images

Four straight wins came in all sorts of scenarios and against multiple challengers. After withstanding intense pressure from Max Verstappen in Monaco, it was his own relentless pursuit of Vettel that ultimately secured victory in Canada. When he added a comfortable win from pole in France, that’s when it all seemed a formality.

Has his foot come off the throttle since? Perhaps. Or perhaps the Ferrari challenge that was expected at the start of the season has just finally materialised, too late to influence this championship. But it’s too late because of the stunning form Hamilton displayed at the start of the year, with a maturity that comes from having five titles and 12 seasons of racing in F1 under your belt.

Hamilton knew he’d seen a real threat from Ferrari, and he knew just how well he needed to perform to be champion once again. Unlike previous years, there was no time to settle into the season, and a return of 187 points from a possible 208 over the first eight rounds was nothing short of remarkable.

Teams try to tell you that times in testing don’t really mean anything, but if nothing else – rightly or wrongly – they give you expectations. And in giving Hamilton the impression that his run of success could be about to end, this year it compelled him to produce a championship-defining spell of form that ended any challenge before it had even started.