As Formula 1 teams push for ever more performance, so the cost of producing an F1 car has risen. As a general rule, the more money that’s thrown at a grand prix car, the faster it goes. There is also a baseline expense for making an adequate grand prix car.

We spoke to Pat Symonds, designer of the 2005 and ’06 title-winning Renault cars, who also worked at Williams and Marussia before his current role of F1 Chief Technical Director, to give us an expert view on the breakdown of how much an F1 car really costs.

“It’s terribly difficult,” he says on trying to estimate the value of creating a grand prix car. “In my current role, I’m continually asking the teams how much they’re spending on certain bits.

“Sometimes teams don’t want to say, sometimes they don’t know – but I’ve got a few snippets, and I can estimate the cost increase with inflation from my years at Marussia.”

Calculated below are only the manufacturing costs to fabricate an F1 car – research and development expenses are something entirely separate and not included in this piece.

So, how much cash do you need to create a front wing? Will a steering wheel set you back much? With the help of Symonds, we’ve provided a breakdown of what each main component of an F1 car costs. 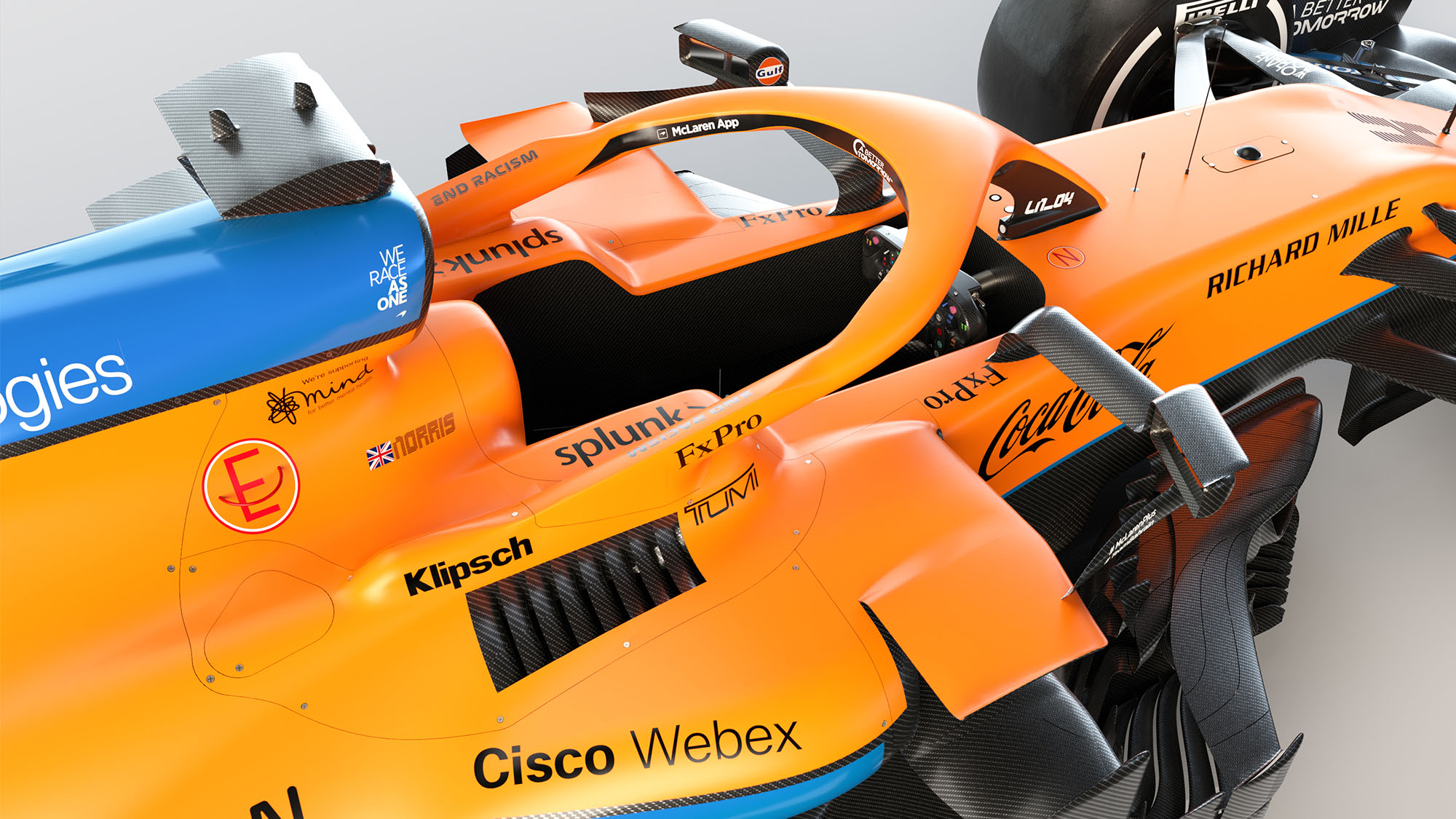 F1 monocoque: twice as strong as steel and five times lighter, might set you back a little

The chassis is the central part of an F1 car, and all additional parts, such as the front wing and halo, are attached to this.

It’s a single-piece monocoque structure, forming a protective shell around the driver. Virtually indestructible, twice as strong as steel and five times lighter, it’s usually made from 12 layers of carbon fibre mats.

It typically weighs around 35kgs but also has to take the weight of all the other components and withstand huge aerodynamic load. 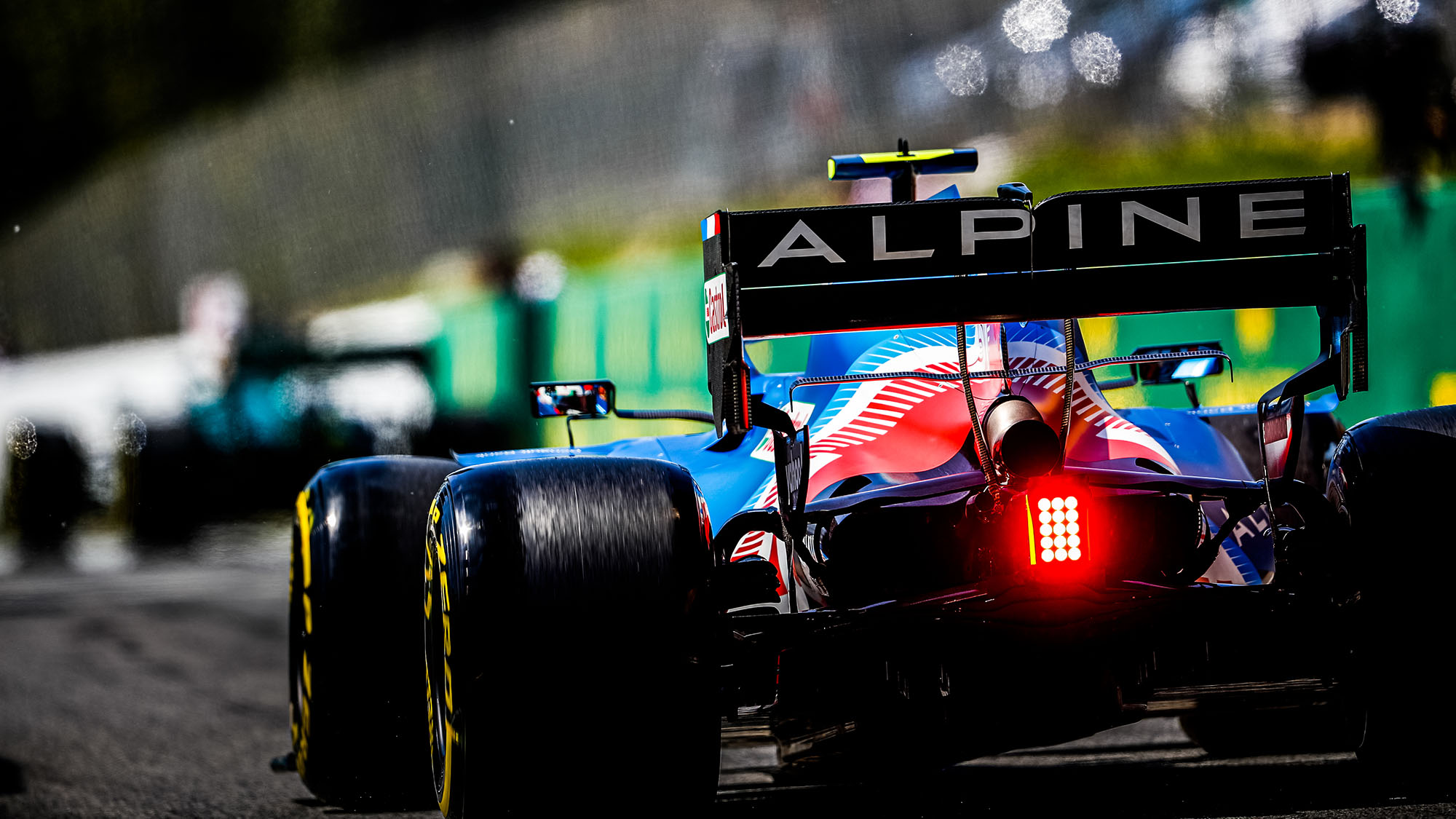 Whilst cheaper than a front wing, the rear wing is still an expensive F1 component

Having a key influence in creating the essential downforce of an F1 car – and therefore giving it the extra grip through corners to seriously lower lap times – the front and rear wings are expensive in spite of their relative size.

Both can be developed race to race and therefore run up huge costs in design and construction, but the intricacies of the front wing and nosecone make these even more expensive than the rear. 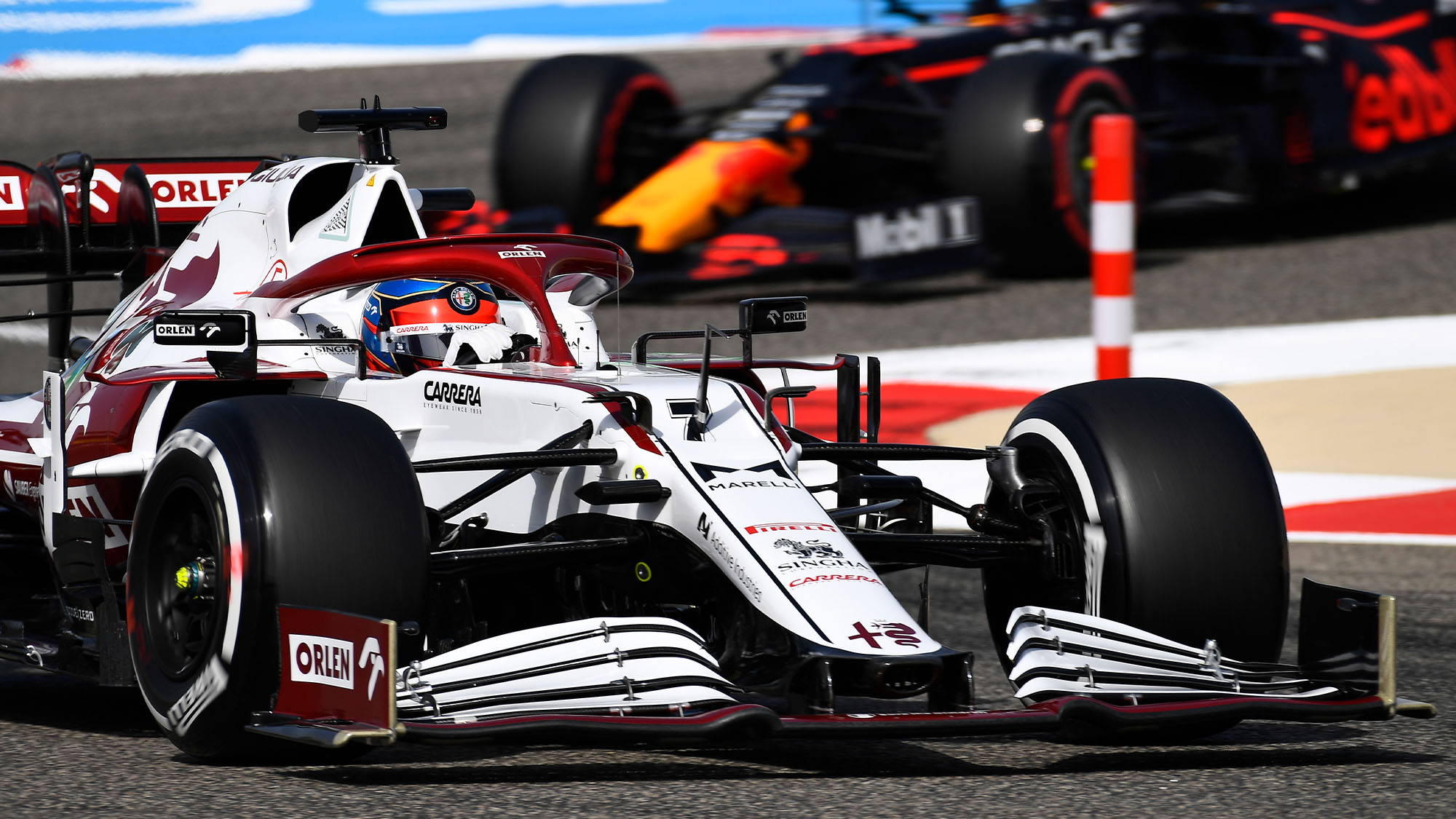 The front wing assembly is one of the most intricate and crucial parts of the car. So much of an F1 car’s performance comes from the downforce it generates.

Since new aerodynamic rules came into force in 2017, the designs have become ever more complicated. This can drive the cost of a relatively small component sky-high. 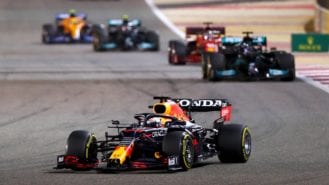 “A Marussia front wing was £33,000. To be honest there’s no single part of the car that’s got more complicated than the front-wing since 2016 – apart from maybe the bargeboards. 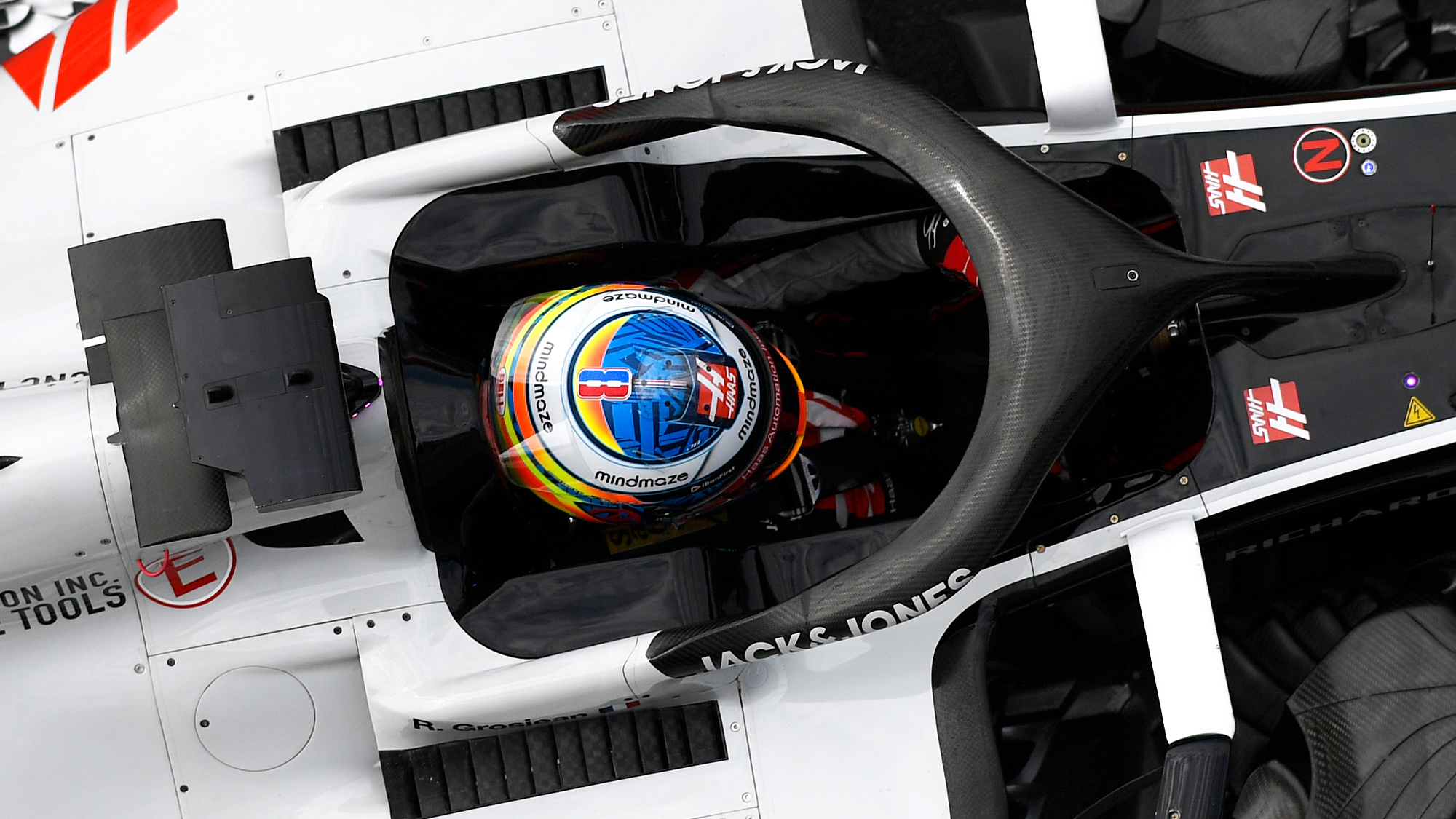 The halo was crucial in saving Romain Grosjean’s life

Developed at the Cranfield Impact Centre, the halo was brought in to protect drivers’ heads from wheels, broken wings and other dangerous debris sometimes sent flying during crashes.

“We tested it to take over 100 Kilonewtons,” he said (roughly the equivalent of 10.2 tonnes, or two African elephants landing on it simultaneously). “It’s difficult to work out what the exact force [of Grosjean’s accident] was, but the fact that it remained intact would imply that it was less than what was actually tested.”

Since its introduction, the halo has protected drivers such as Romain Grosjean, Charles Leclerc and Valtteri Bottas in some of F1’s biggest accidents. 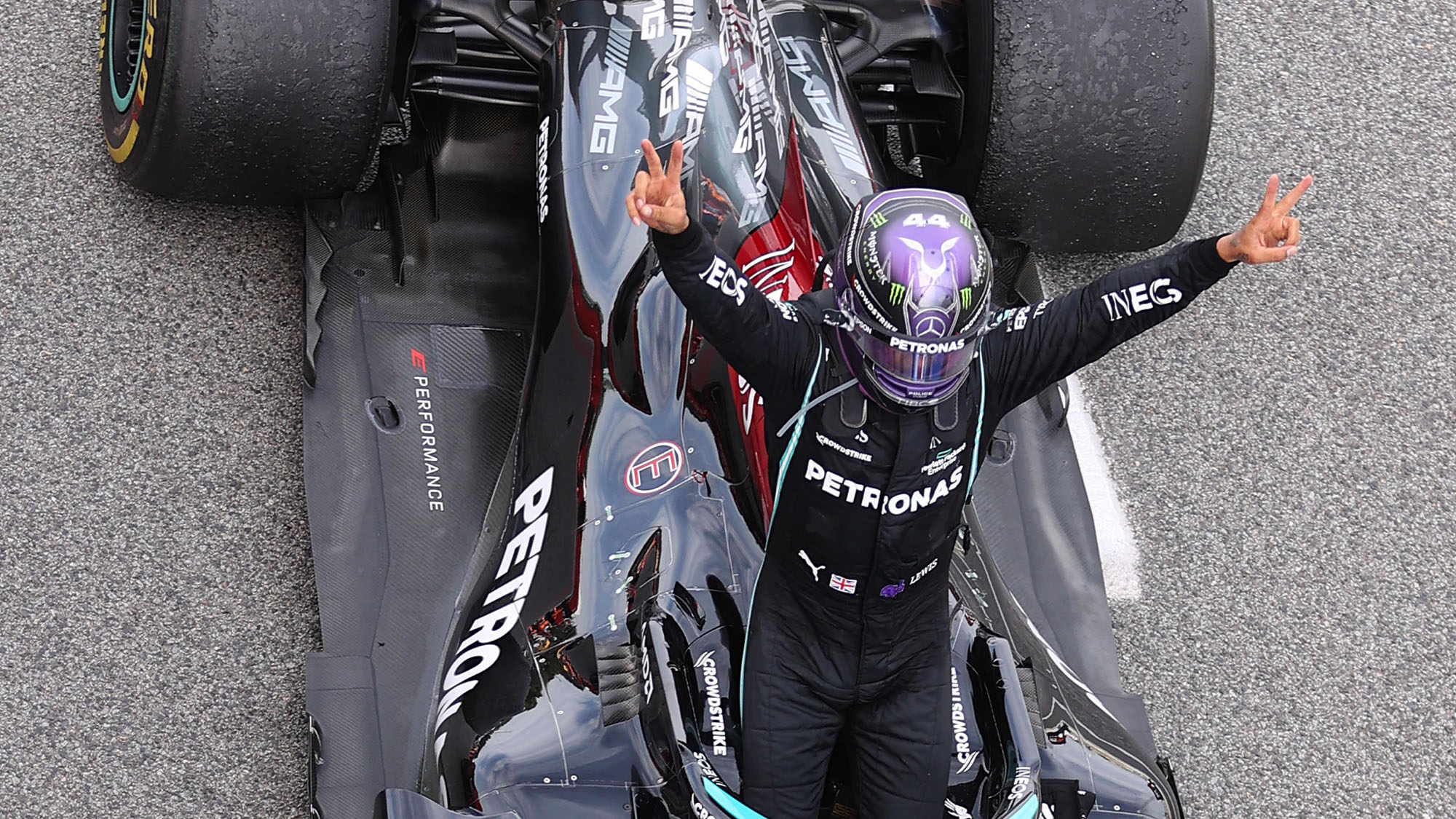 The floor of an F1 car contributes around 60% of its downforce, making it crucial in finding performance. As a result, they have become increasingly complex and expensive to make. The FIA attempted to curb downforce levels on safety grounds for 2021 by chopping off a section of the floor near the rear wheels.

Naturally, in reaction to the rule changes, team aerodynamicists are looking for ever-more ingenious ways to generate downforce in other areas of the floor, by creating new flicks and flaps in non-restricted sections.

Additionally, F1 cars’ bargeboard areas have also become incredibly complex since the aero rules that were freed up in that area in 2017. The building of these sections again costs a significant amount of money.

PS: “These days, because F1 car floor designs can incorporate the outer 100mm, which has all these intricate features in it, combined with bargeboards – which are massively expensive – floors are approaching the £100,000 mark now.” 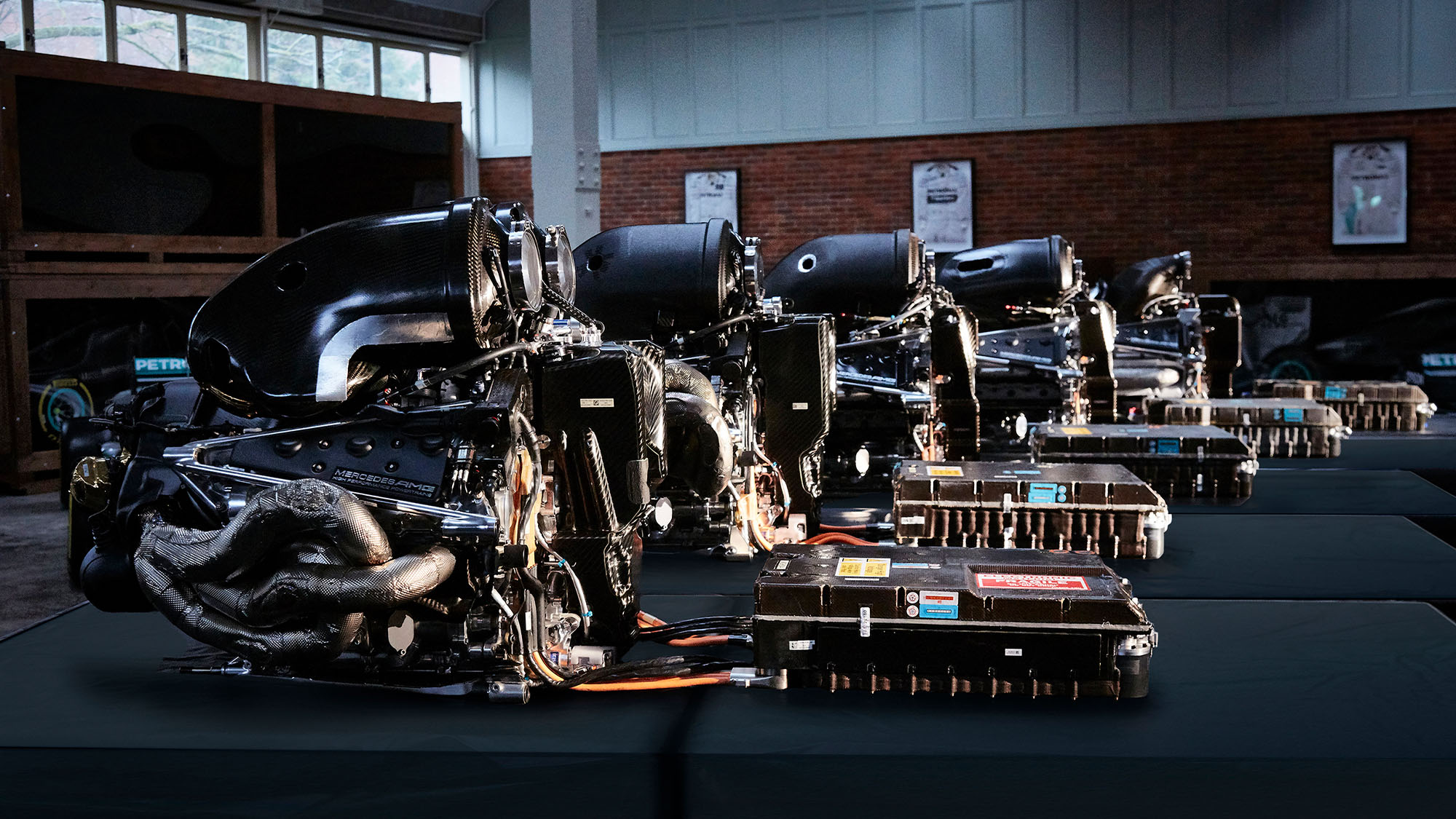 Mercedes displaying its power units from 2014 through to 2018

F1 has been using the same 1600cc V6 turbocharged engines (or Power Units) since 2014. These engines have been developed to maximise performance, the rules surrounding their technical specification have remained predominantly the same.

PS: “The regulations call for a customer to be supplied at €12m (£10.34m). The reality is that no one pays just this for their engines, because of all the other bits and pieces that come into it. 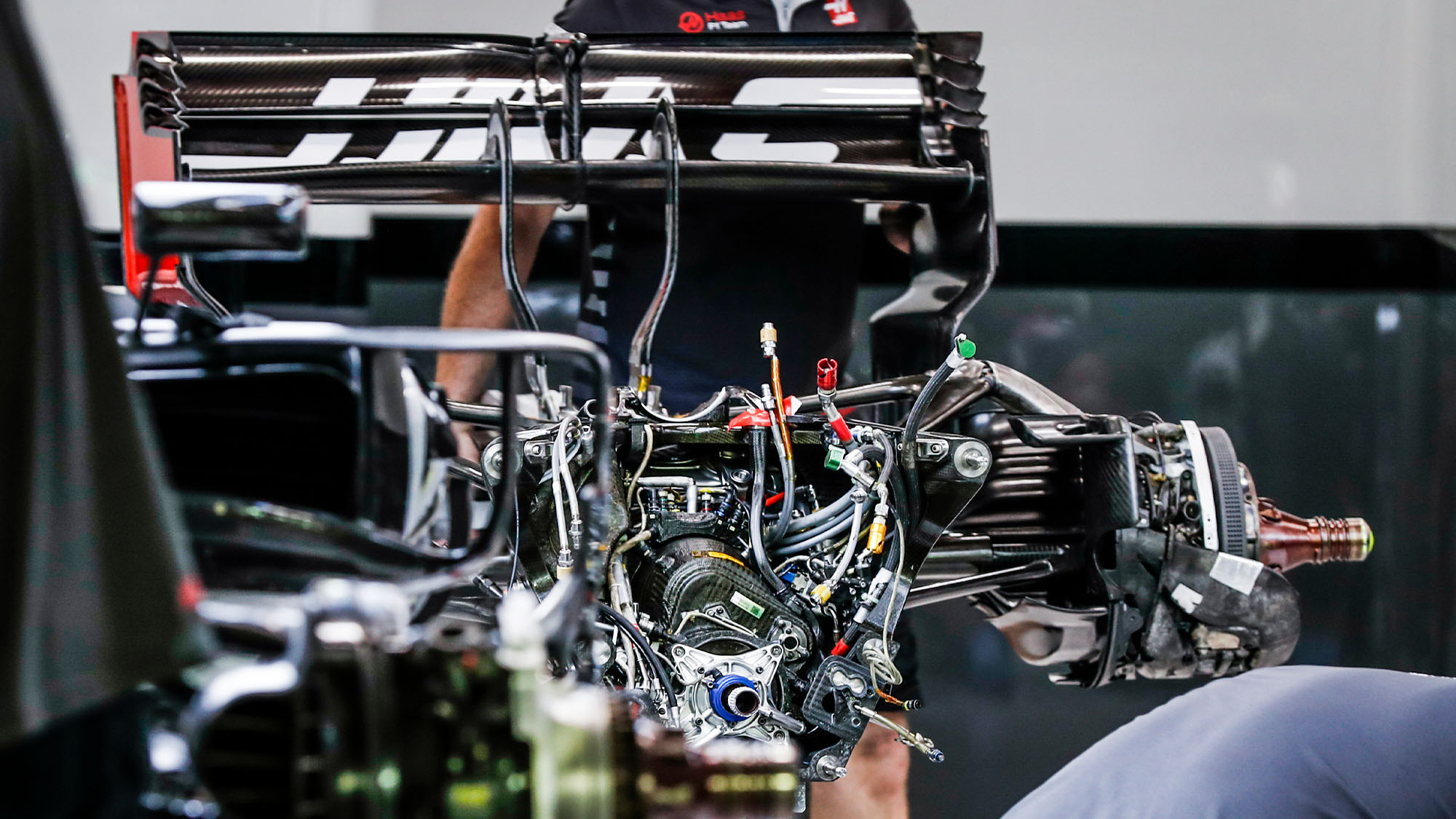 F1 cars have semi-automatic gearboxes, with eight forward gears and one reverse.

All F1 cars have an automated sequential paddle-shift system, allowing for seamless shifting – taking around 0.05sec.

Some teams buy in gearboxes from others, while some make their own. Haas uses a year-old Ferrari gearbox paired with a 2021 Scuderia engine, while McLaren continues to make its own gearbox despite switching to Mercedes power units from 2021.

F1 fuel tanks are almost indestructible and are made from polyurethane and kevlar.

The ‘bag’ of fuel is ribbed and designed to fill the space behind the driver’s seat, also being attached to the seat, which prevents the bag from collapsing as the fuel drains. 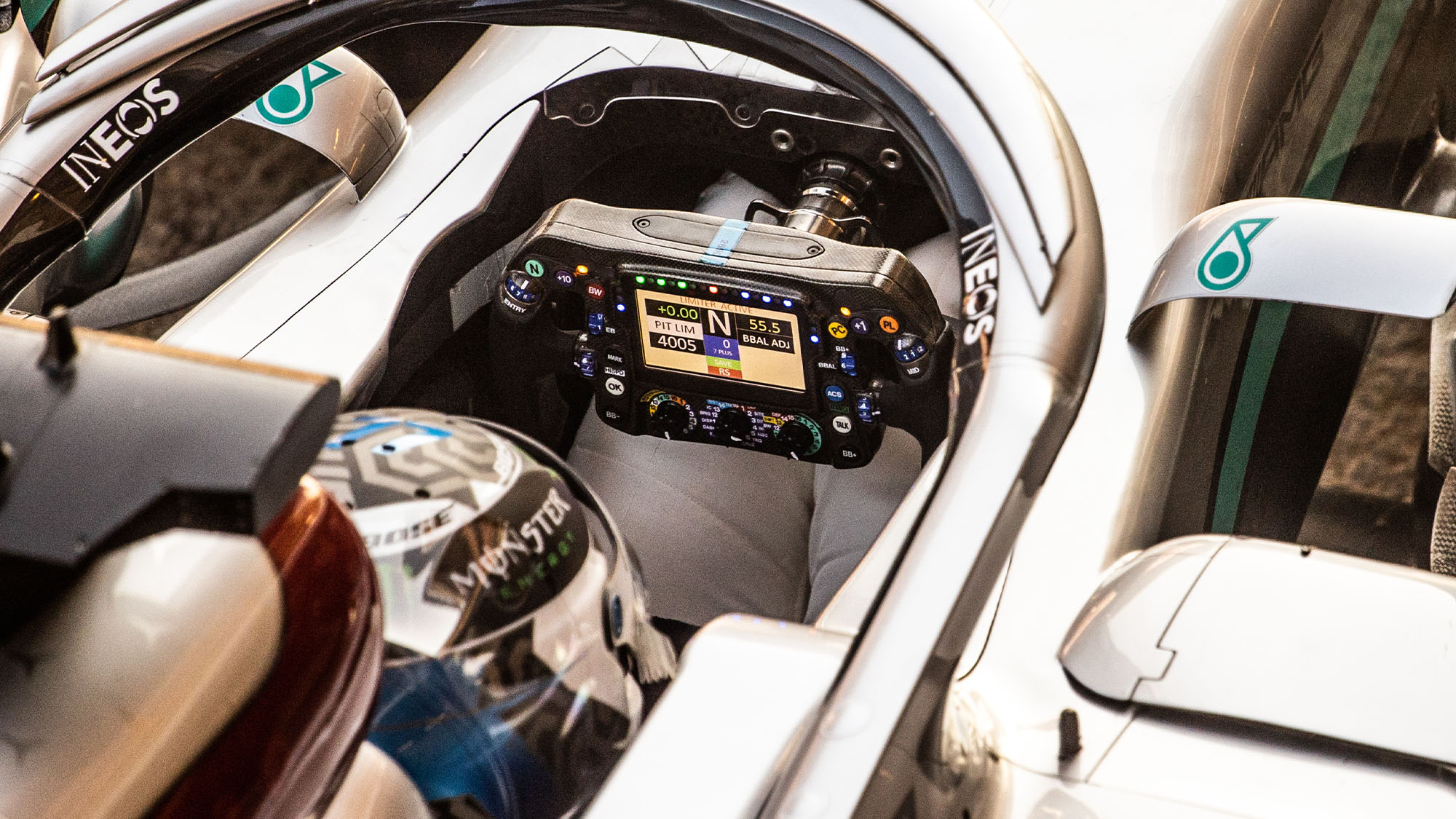 McLaren Applied Technologies supplies the standardised ECU which the steering wheel is based around, which limits each to 20 buttons, nine rotary switches and six paddles. However, every button and switch function is customisable for each team’s needs.

Despite its small size, the multitude of possible technological adjustments to the wheel make it extremely valuable. 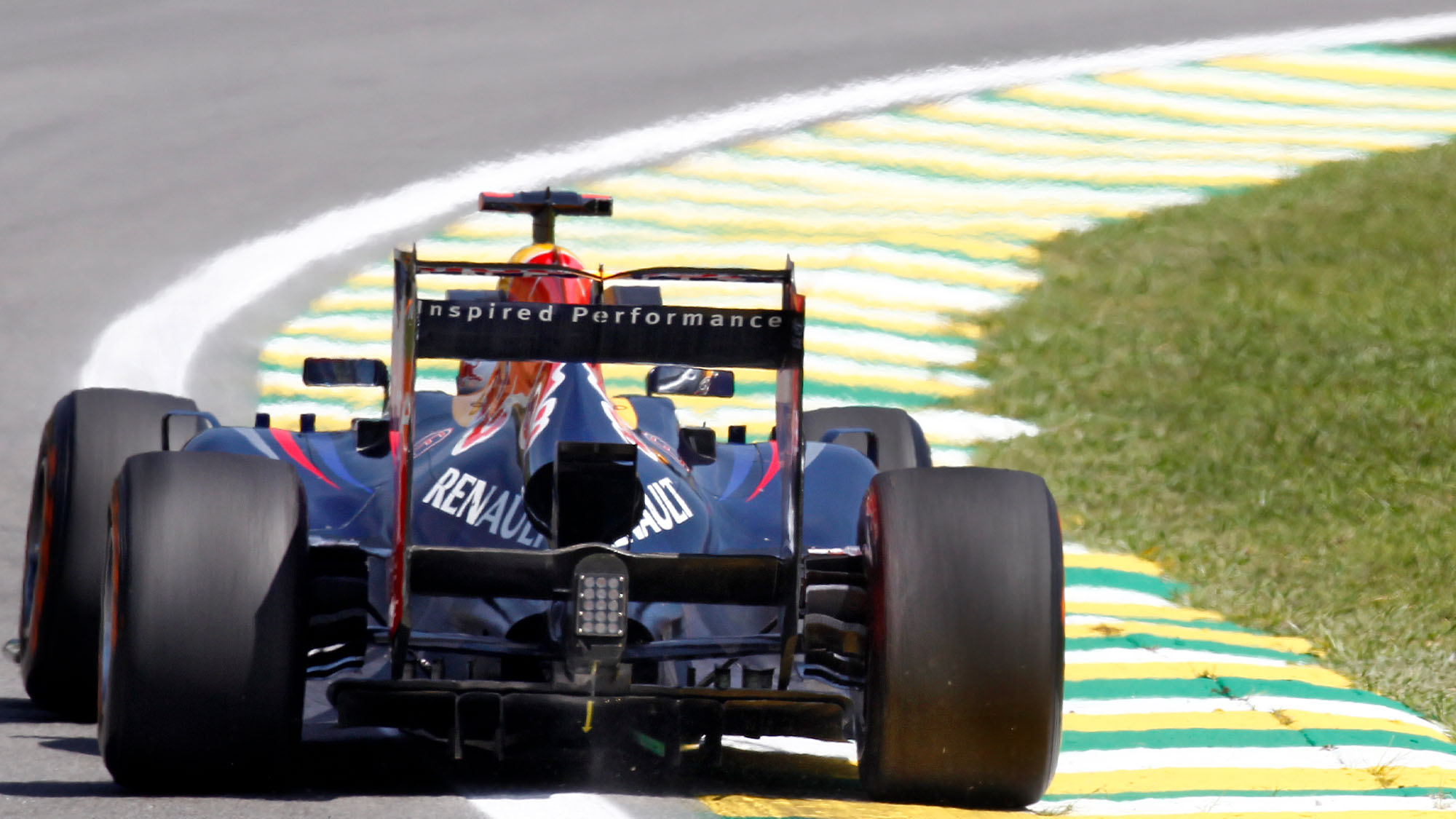 An F1 car could quite simply not function without its hydraulics system, which controls nine subsystems of the car:

Not only is the system highly complex, implementing it is extremely difficult, driving up the cost of the system. 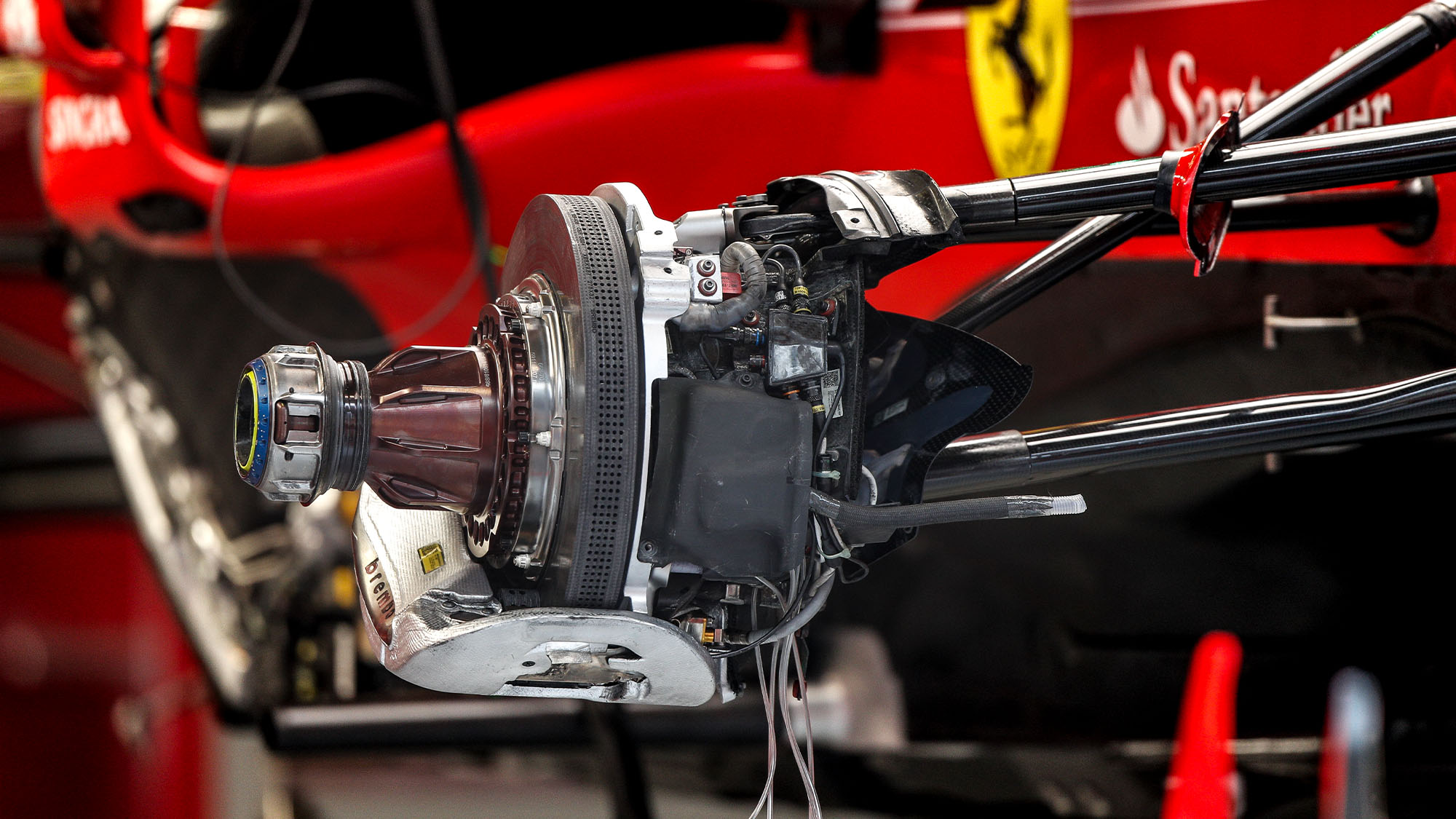 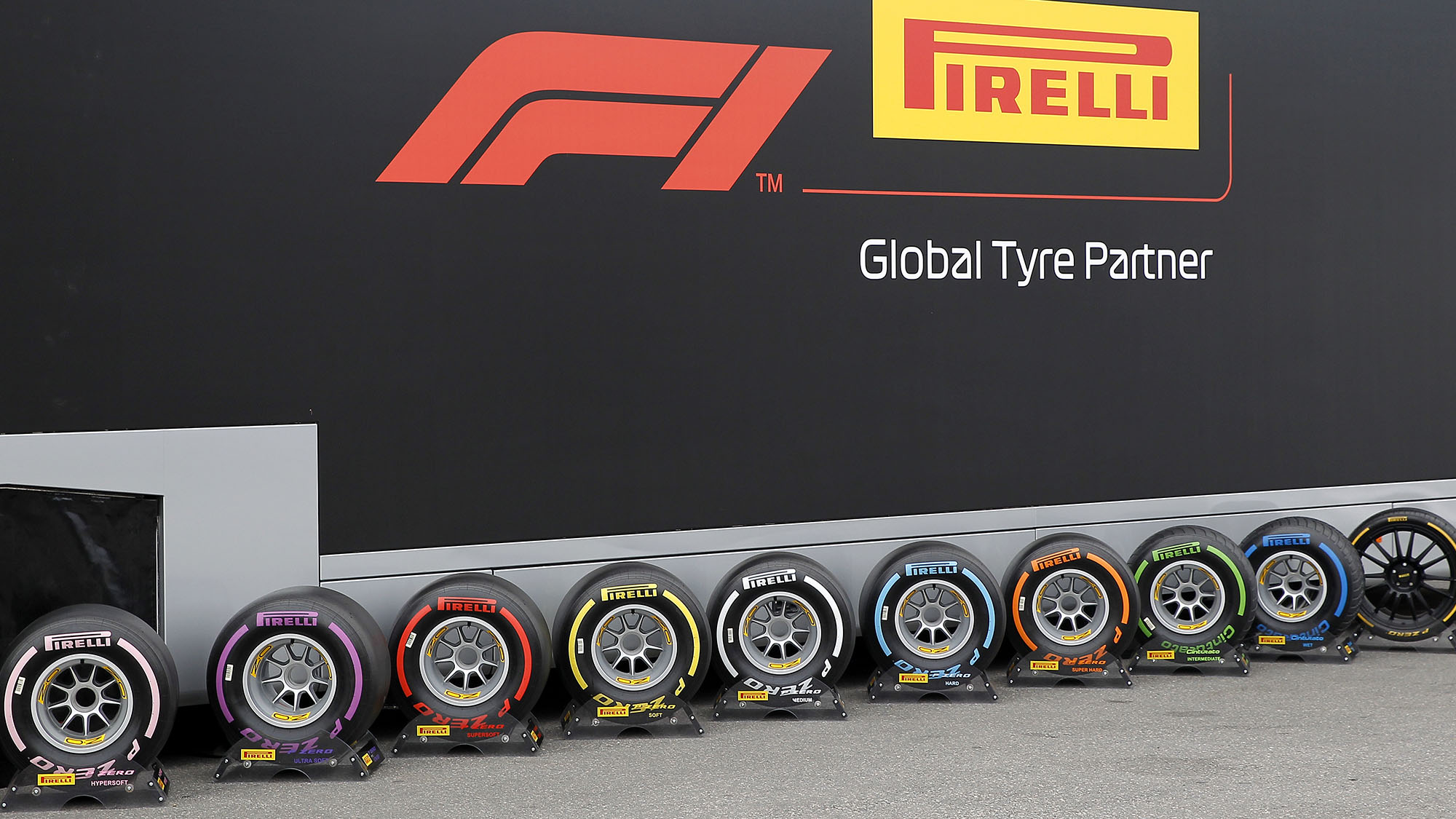 Bespoke F1 tyres are not cheap.

Designed for optimum performance for a limited number of laps, they are produced by Pirelli. The Italian firm’s slick ‘Dry’ tyres are available in either soft, medium or hard compounds — the exact specification of which can change from race to race.

Softs offer the most grip but their performance drops off before hard tyres, which offer a slower laptime but more durability. 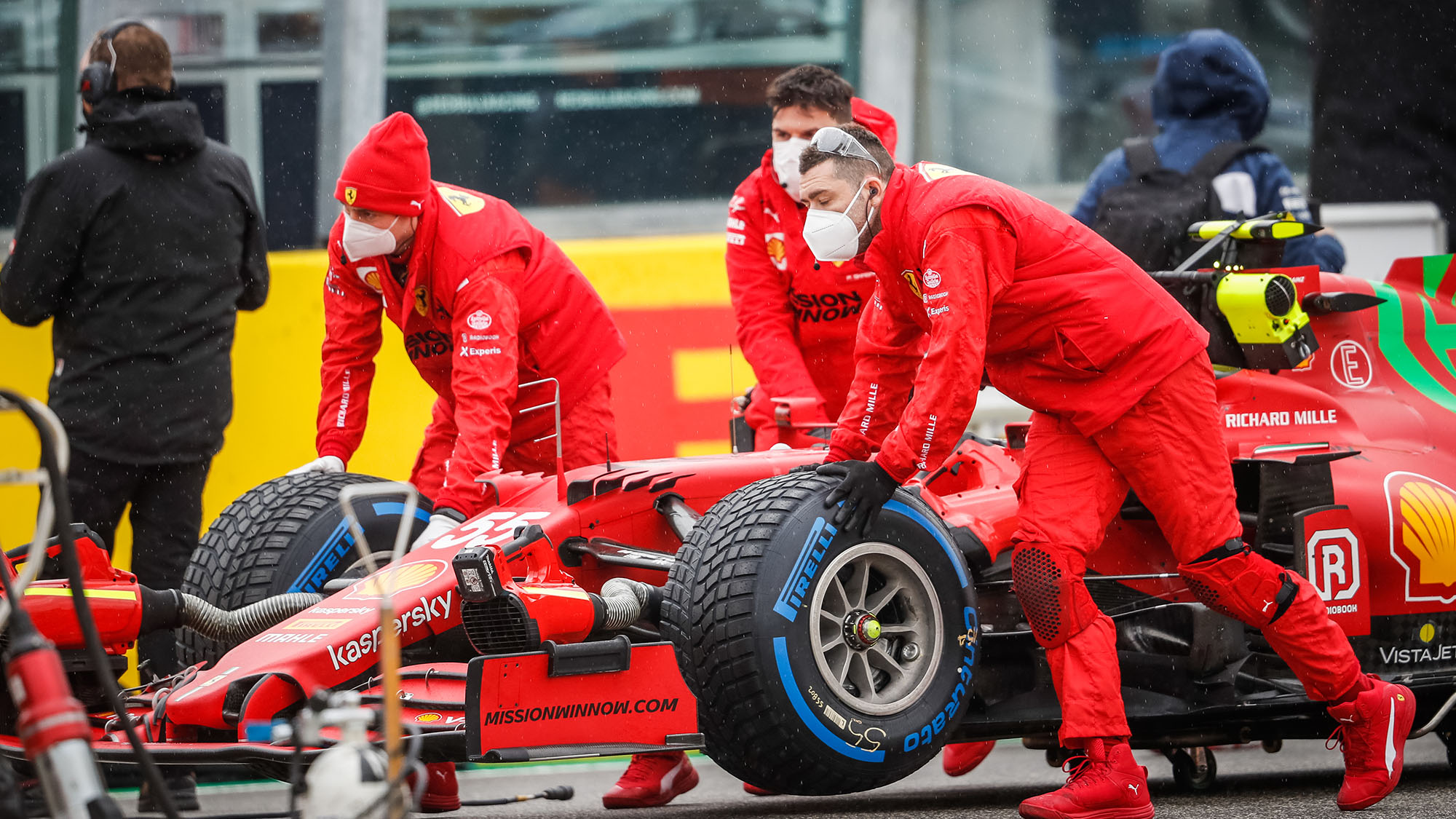 We’ll spare you the full list of ancillaries required to make a Formula 1 car run, but the long list of small components quickly adds up.