Dickie Stanford and Jonathan Williams describe, for the first time, how the Benetton F1 team aroused suspicion that it was using traction control, from the Motor Sport podcast in association with Mercedes-Benz 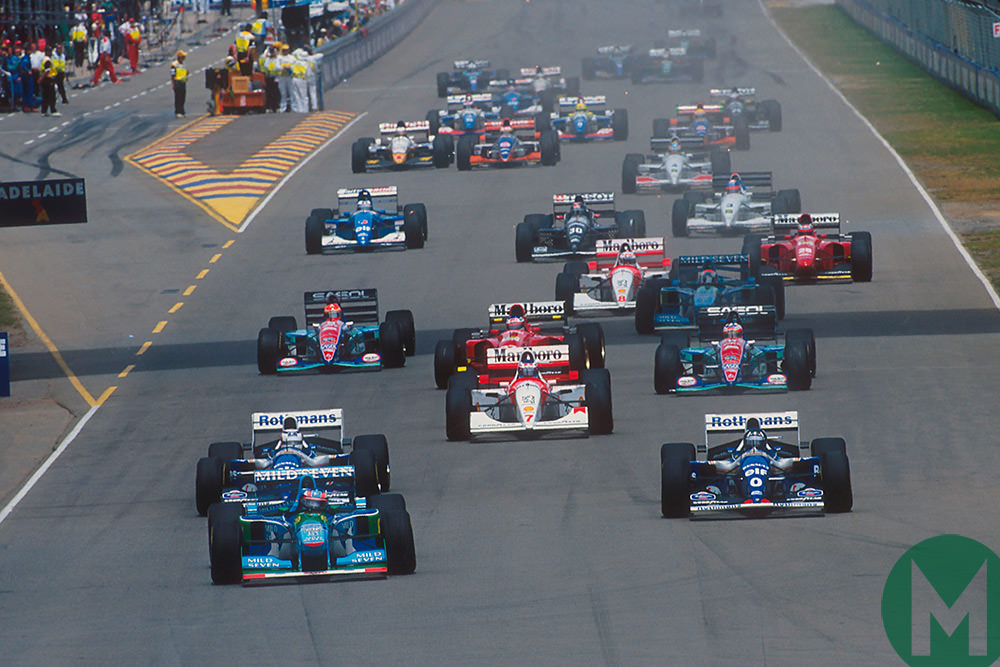 Controversy has raged for nearly 25 years over the 1994 Formula 1 season, as Benetton was accused of using traction control on its way to the title. Dickie Stanford, general manager of Williams Heritage and former race mechanic to Nigel Mansell, and Jonathan Williams, who oversees the Heritage department, told Motor Sport that Benetton may have given the game away at Pembrey that year.

“Ayrton [Senna] was convinced that [Benetton] was doing something, and we [at Williams] were as well,” said Stanford. “I know the engine note was recorded and everything, [but] I don’t know whether [Williams] took it to the FIA, I don’t know. I know they recorded it because we still record engine notes now.”

“You can tell a lot [from engine notes],” said Jonathan Williams. “I got a job as a gofer in 1994 for a Formula 3000 team called Madgwick that year, which was running two cars in the International series and one car in the British [series]. We did a couple of preseason tests and we went down to Pembrey sometime in the March or April of 1994 and we were there for two days on a Thursday or Friday and somebody from Pembrey told us: “Uh, Benetton is here tomorrow because it needs somewhere [to test].

“It must have been in between the [Pacific] Grand Prix at Aida, the race at which Ayrton observed what he considered was traction control, (when he was when he was forced to watch from the race room after the collision at the start) and Imola, because it was JJ Lehto coming back to replace Jos Verstappen for the third race. (It was Lehto’s race seat – he’d injured himself preseason).

“So we were at Pembrey in our trucks, camped out on the pit apron, and Benetton did turn up that night and went into the scrutineering hut in the centre of the track. So, apart from knowing there were two teams on site, you weren’t seeing each other. On Friday, somebody from Benetton who I didn’t know came down to us and said, “What’s your program for the afternoon? We’d like to do some start practice and you’re on the pitstraight, so we’d like to do some start practice right in front of you.”

“We said, “Actually, we’ve got a bit of a [free] slot then,” and so we all went on the pitwall and watched it. I’m not going to name names but a Madgwick mechanic, who then went on to be a hugely successful systems engineer for two Formula 1 teams, both during their championship-winning periods, said to me: “Just look at the tire marks and listen.” He was educating me on traction control.

“What really, in hindsight, rammed it home to me was when an ex-Williams employee (again nameless) who was at Benetton came down and watched, and then saw me, and very quickly scuttled back. They stopped start-testing, knowing that they were in front of somebody from Williams.”

“I’ve never told that story in public before, but it was 20-plus years ago and there are enough people actually saying that the car was equipped with traction control for me to not feel concerned about that story being out there. I do remember that day at Pembrey and I do remember it literally being as close as that road is out there; just [Benetton] doing start practice in front of us, not realising that there was somebody from Williams present.”