Two vacant seats at Toro Rosso? A case of what could have been for António Félix da Costa 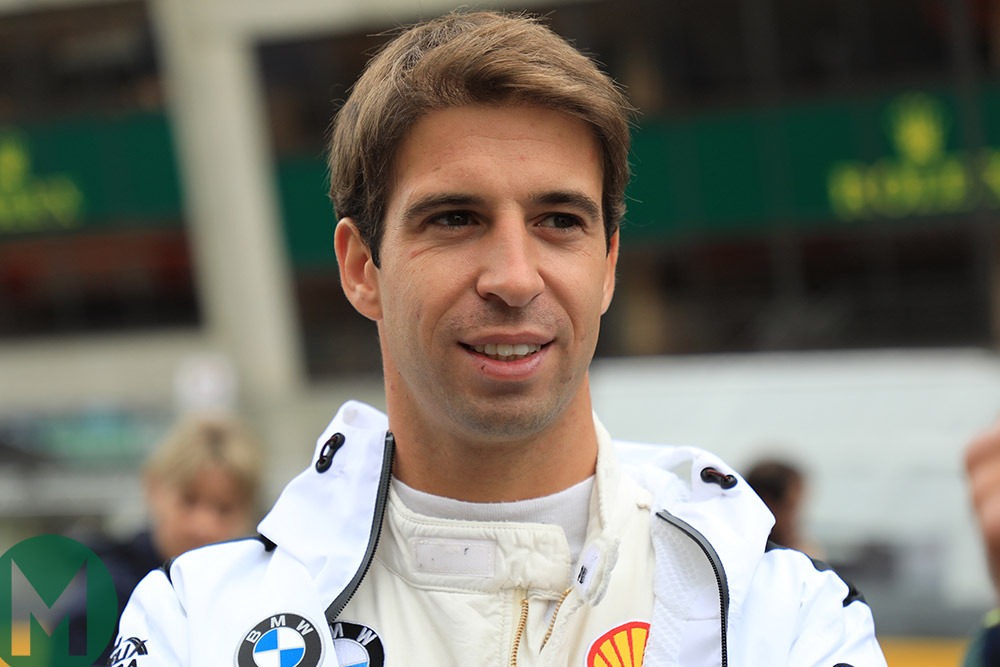 António Félix da Costa is the driver Red Bull forgot. The one that slipped through the net.

He’s seen his pals graduate and room-mates take his Formula 1 seat, but he’s had to forge his own career elsewhere.

He’d be forgiven for wondering what could have been, or for blaming Red Bull’s cut-throat Junior Driver programme for denying him similar opportunities to Daniel Ricciardo and Carlos Sainz.

“They turned me into a professional racing driver; they supported me on the way to Formula 1, which ended up not happening.

“But F1 is a tough world where sometimes politics plays a bigger role than talent. It’s a business – this is all a business – and if that’s what has to be done, then I understand.”

His single-seater career was liberally sprinkled with victories, with at least one earned every year – from Formula Renault, through Formula 3 (including at Macau), to GP3 and World Series by Renault.

When Mark Webber retired from F1 at the end of 2013, Red Bull surprised many by opting for Daniil Kvyat to step up to Toro Rosso as Ricciardo replaced Webber.

“When Daniil got the seat that I thought was mine there were no hard feelings. We lived together for like a year and a half: I taught him how to cook, improved his taste in music –because it was really bad – and I introduced him to his girlfriend.

“It was Helmut [Marko] that called to tell me [that Kvyat got the seat]. I don’t know why young drivers are afraid of him. I would pick up the phone and call him and I have always had a good relationship with him. It’s an open and honest one – if he was unhappy he would tell me and when I thought things weren’t good I would tell him.

“Even today I’m a big admirer of Helmut. The only advice he ever gave me was ‘motor sport is easy, all you have to do is win’. That was it.

“He gives a lot of young drivers chances; people like to think of him as ruining careers, but I think it’s the opposite.”

For Félix da Costa’s F1 chance, the problem was timing. His results were certainly good enough for F1, though his crucial WSR 3.5 season looks worse on paper than it was in reality. The year before, 2012, he had claimed four of the last five race wins to end the season fourth in the points and with the most wins, despite missing the opening five races.

Come 2013, bad luck and reliability denied him better results – though he still managed third place in the WSR 3.5 behind Kevin Magnussen and Stoffel Vandoorne.

“Do I think I deserved the place in F1? Yes,” he says matter of factly. “Did they screw my career? Absolutely not. There just wasn’t enough room on that train.

From that moment on, the key was to stop believing – if you keep putting sand in your eyes, it only gets worse.

“You almost forget to enjoy your racing when you’re that close. I was going through the World Series thinking ‘I have to win, I have to do this.’

“You go to bed stressed, you wake up stressed. If I was P3 I was angry, and I was racing Stoffel and Magnussen, I was beating them, Jules [Bianchi], Sam [Bird]… But you forget that you just want to race against them and forget how to enjoy it.”

In 2017, a Red Bull seat became spare, without an heir. But, as he had in 2014, Félix da Costa found the playing field to be skewed just out of his favour – and money again did the talking – when Brendon Hartley was given a second chance at fulfilling his F1 dream.

“There were some talks last year, but they were just sounding out drivers, seeing what was happening in their lives. When I heard about Brendon, who’s a great driver, once again I think there was money involved and sponsorship. I can’t compete with that.

“I know it’s the business, and the way it works, but would you pay to do your job? People don’t pay to go to the office every day, this is a job. If there’s someone out there, like BMW, who appreciate my skills then that’s who I want to be with.

Félix da Costa’s contract with Red Bull didn’t end in 2014 as he was kept on as a reserve driver and a Red Bull athlete. That pushed him into DTM and the Red Bull BMW M4.

“In the same phone call that I was told my F1 seat was no longer available, I was told I was going to race DTM. At that moment I didn’t care about DTM, but looking back it was the best thing that could have happened to me. It was the first time I had had fun in a paddock for about six years. That was a big lesson for me. Now, I come to win but I want to enjoy it.”

He’s since added versatility to his arsenal, having been dead-set on F1 before he’s now embracing the wider world of motor sport. From DTM he moved across to BMW’s new M8 GTE World Endurance Championship programme, he’s raced at the Nürburgring 24 Hours, the Daytona 24 Hours in an LMP2, continues in Formula E and is badgering his FE boss Michael Andretti and old boss Trevor Carlin for a go at IndyCar.

“I loved Le Mans, and the 24 Hours of Nürburgring last year is right up there as my favourite weekends – including Macau. You feel the danger, it takes you back 20 years. These days most tracks are boring, you lock up, you run wide and you come back on.

“When Seb [Vettel] lost his win at Hockenheim, I was gutted because I get on with him and like him, any other track he would have come back on and won the race. I know it’s a matter of safety, and I’m all for that, but I love these old school tracks. That’s another reason why I love America.

“When I did Daytona this year with Jota and Jackie Chan, that was so much fun. When you put me, Robin [Frijns], Felix [Rosenqvist], Dani [Juncadella] and Lance [Stroll] together, I think it was 99 per cent fun, 1 per cent serious: We were pushing so hard trying to beat each other.”

Félix da Costa has never really looked like he’s been doing anything other than enjoying himself. And despite the musical chairs, F1 is seemingly out of reach for him.

He will go down in Grand Prix circles as one of the what-could-have-beens, one of the genuine unknowns.

“For the last three or four years F1 has been done for me. I’m just a fan who switches on the TV on Sunday. I watch my friends race – that makes me happy.

“I would have had my chance, but things in life don’t always turn out the way you want and you have to make the most out of whatever is given to you.”