Few of Formula 1’s host nations are as dependably capricious as Japan. The ground rules were laid at Fuji in 1976, when James Hunt tiptoed through the best part of a monsoon to pip Niki Lauda to the world title, and little has changed since.

In 2004, for instance, all Saturday running at Suzuka was cancelled in the confident knowledge that Typhoon Ma-On was primed to strike. When we returned to our hotels that Friday evening, the streets were laced with sandbags and everyone was raiding local convenience stores for sandwiches, crisps, biscuits and – in all probability – beer, so that hotel rooms would be a haven of self-sufficiency when the storm finally broke. Which, of course, it never did, having blown off course and attacked somewhere else instead.

One year later we were exposed to conventional, naturally aspirated Japanese rain, which struck during qualifying – this at a time when cars ran one at a time – and gifted a relatively lightly fuelled Ralf Schumacher the final pole of his F1 career. A nice touch for Toyota, that, at a circuit owned by Honda (although Jenson Button was at least able to qualify second in a BAR powered by the local host). Many of the usual suspects were scheduled to appear when the circuit was properly sodden, so Michael Schumacher, Fernando Alonso and Kimi Räikkönen started 14th, 16th and 17th respectively, separated by Robert Doornbos’s Minardi.

An interesting case, Doornbos: he once aspired to play tennis professionally, but in 1997 – while attending an F1 PR function with his father – met Jacques Villeneuve and asked how one got started in motor racing. He went away with a bee in his bonnet and, six years on, would line up against his counsellor in Grands Prix. But I digress…

Schumacher Mk2 led away, with Giancarlo Fisichella passing Button for second, and the German continued to lead for a while. The quick mob made swift progress from the lower reaches of midfield, although it was smoother for some than others. The FIA ruled that Alonso had passed Christian Klien’s Red Bull illegally, for instance, so decreed that he must cede the position and try again. That cost the Renault driver several seconds, but such blips would be temporary irritants.

Fisichella swept ahead after the first round of tyre stops – and the race appeared his to lose. He was a touch too comfortable, though, and not lapping as quickly as Alonso, Räikkönen and co underlined was possible. The Spaniard pulled off the race’s finest move when he swept around the faster Schumacher to the outside of 130R, a corner where tradition dictated that you were supposed to hang on by your fingertips rather than actually pass anyone. Renault’s telemetry showed Alonso to be nudging 206mph at the corner’s fastest phase – too brisk for even Michael to contemplate tomfoolery. 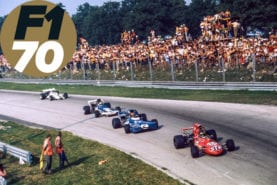 What is the greatest grand prix from seven decades of the Formula 1 world championship? Have your say and vote now

Fisichella continued lapping at modest pace as the race wound down and, after the final stops, the Italian’s advantage over his keenest opposition – once 20 seconds – was down to just five as Räikkönen emerged at the head of the chasing pack. Alonso worked his way past Mark Webber to take third, but was too far distant to play any more significant a part (not that it mattered, as he’d already clinched the world title in Brazil).

On the penultimate lap, Fisichella still had just enough of an advantage to secure a rare victory for the less effervescent side of the Renault garage… but then he opted for a sizeable defensive chop at the chicane. Räikkönen wasn’t that close, though, so the Italian was fighting only air molecules and in the process compromised his exit speed. Along the following straight, at the final lap’s dawn, Räikkönen drew alongside before darting ahead to take an improbable victory for McLaren, ahead of Fisichella, Alonso, Webber, Button, David Coulthard and the Schumachers, Michael by now ahead of Ralf.

Reverse-grid races might be anathema to the purist, but this was a by-product of nature’s whimsy – rather than deliberate artifice – and the consequences had been mesmerising to behold.

It helped, though, that Fisichella appeared to be half-asleep for much of the afternoon. 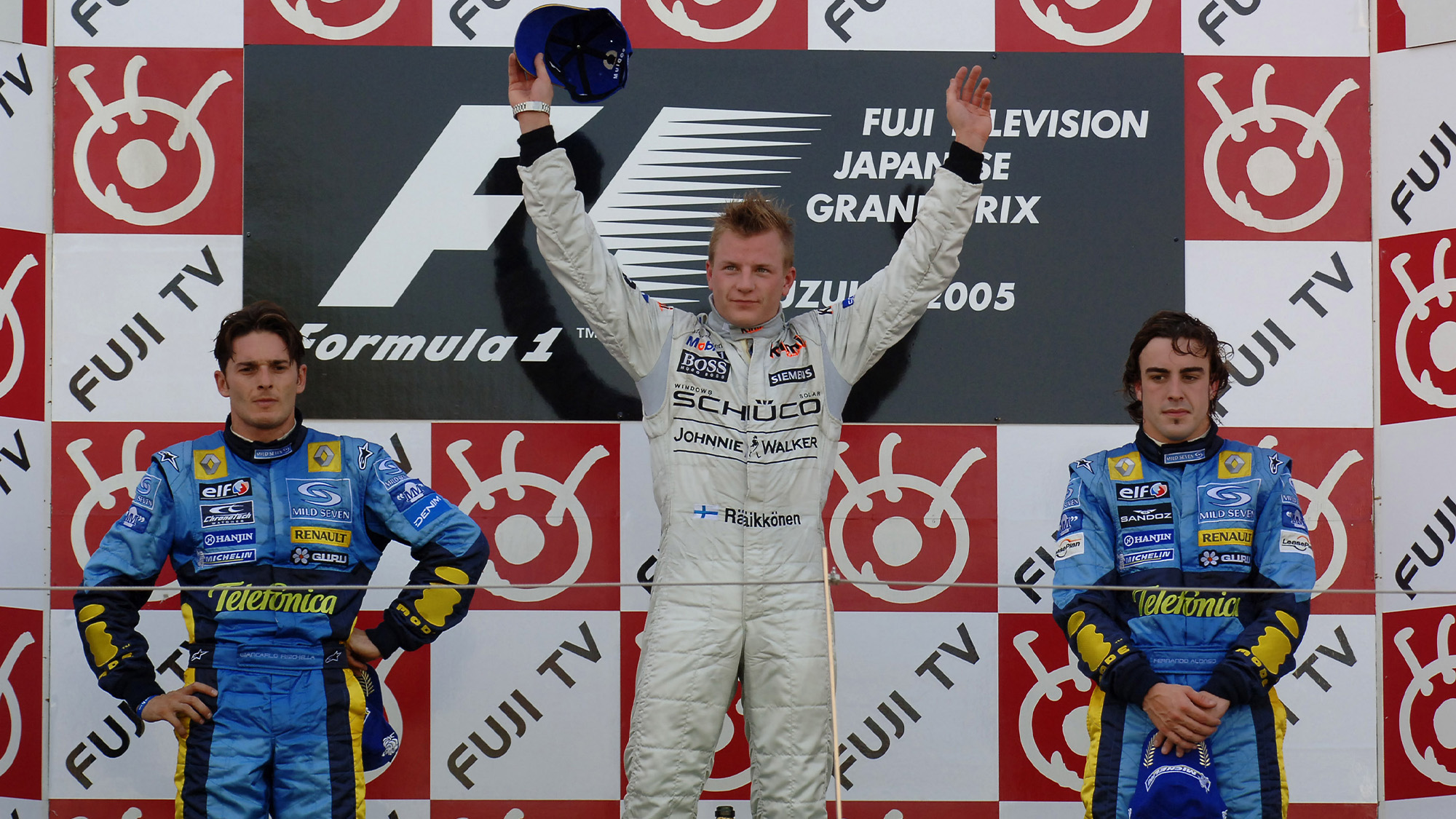