Eddie Irvine came to the Goodwood Festival of Speed last weekend to drive a Ferrari. Nothing especially remarkable about this, you might say, but Irvine does not get out much.

Well, he goes out of course, but not so much to motor racing events since he walked away from Grand Prix racing having made a fortune and as many enemies as friends. 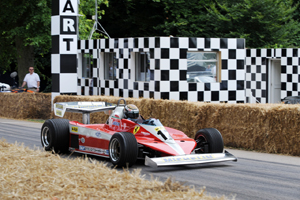 But that would never bother Eddie. Not much does as long as he’s having fun and making money, both of which he is very good at. In many ways, he was born too late, and should perhaps have been racing with the Hunts and Villeneuves of this world. 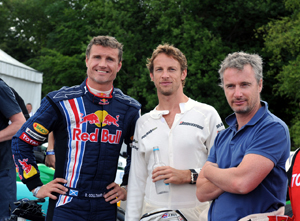 No, it wasn’t turning up that surprised, it was that the man seemed to be really enjoying himself back in the limelight. Wearing a black T-shirt emblazoned with the words ‘Who do you think you are?’ – nice irony here – he signed autographs, chatted with his many fans and swapped some good gossip with the Formula 1 fraternity. 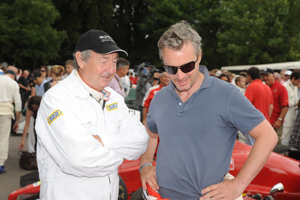 Perhaps this was all because Irvine had been invited to drive a rather important Ferrari. This was the 312 T3, now owned by Pink Floyd drummer Nick Mason, and built by Enzo Ferrari for Gilles Villeneuve back in 1978. At that time Irvine was just 13 years old, a schoolboy in Northern Ireland dreaming of one day becoming a racing driver. He told us at Goodwood that he remembers watching Villeneuve winning the Canadian Grand Prix in this car on television, and thinking how cool it would be to race a Ferrari. This was Villeneuve’s first Grand Prix victory, having joined Ferrari from McLaren during the winter of 1977. 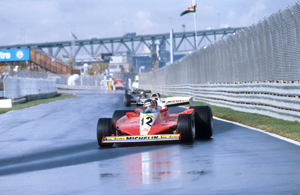 The 312 T3 was in fact no match for Colin Chapman’s Lotus 79 with its ground-breaking aerodynamics and clever ‘ground effects’ engineering. But Villeneuve drove the wheels off it and this Ferrari, with its 3-litre flat-12 engine, still won five races. So, for Irvine to sit where Gilles sat, and to get a taste of what he goggled at as a boy, was an opportunity he clearly wasn’t going to pass up.

A maverick figure, not always happy to doff his cap, and a man to speak his mind, Mr Irvine was not everybody’s cup of tea as he rose to the dizzy heights of nearly winning the World Championship after team-mate Michael Schumacher crashed at Silverstone in 1999. But the Irishman was a lot more serious about his motor racing than perhaps he wanted you to know. He made that pretty clear when refusing to be rattled by Schumacher in the Japanese Grand Prix at the very beginning of his F1 career. People began to take notice.

He chose, for some reason, to wear a helmet from his Jaguar days at Goodwood. You might have expected one of his helmets from his time at Maranello. Maybe he sold them all. 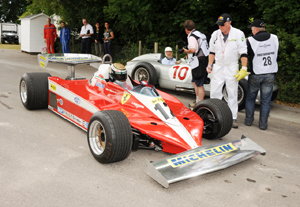 The point of all this is that only at Goodwood will you find these characters. And there are just so many of them. And you can talk to them without yelling through a security fence. This year the Festival of Speed was somehow better than ever – there’s just nothing like it anywhere else in the world. If you love motor racing, it doesn’t get any better than Goodwood.