Traditionally Ferrari has chosen the Monza weekend to announce any forthcoming changes in its driver line-up: it was immediately after the race here in 2006, for example, that the signing of Kimi Rӓikkӧnen, as team-mate to Felipe Massa, was revealed – and within minutes, at his post-victory press conference, Michael Schumacher tearfully announced that he would be retiring at season’s end. 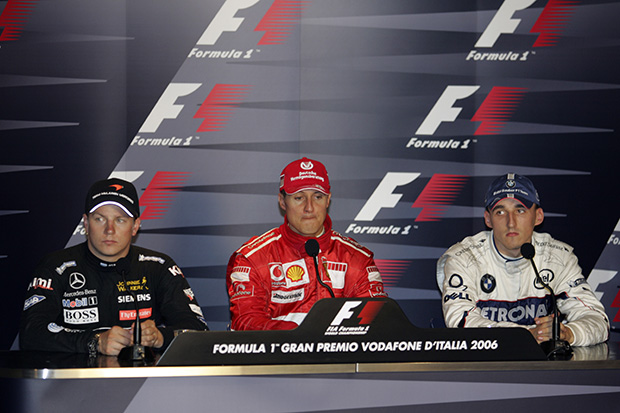 At the time we got the impression that Michael’s heart wasn’t truly in it, that he didn’t really want to stop, and such was indeed the case, but Ferrari president Luca di Montezemolo, looking to the future, had decided he wanted Rӓikkӧnen in the team, and he personally concluded the deal with Kimi’s management.

Initially it seemed like a good decision, for the following year Rӓikkӧnen narrowly won the World Championship, but the two seasons after that were disappointing, and midway through 2009 di Montezemolo decided to end Kimi’s contract a year ahead of time, so as to bring in Fernando Alonso as soon as possible. Although Rӓikkӧnen was handsomely paid off, he was distinctly unimpressed by the way he had been treated, and opted to go rallying for a couple of years.

Since returning to F1, Kimi has been a revelation, in the sense that he has achieved a consistency of performance previously unknown. In the minds of most, the ‘Big Three’ has become the ‘Big Four’, with Rӓikkӧnen joining Alonso, Vettel and Hamilton. Lotus has done a remarkable job with a restricted budget, and Kimi has been happy there. For all that, though, when Mark Webber announced his move to sports car racing, and Red Bull needed a new driver, the name of Rӓikkӧnen came swiftly to the fore. 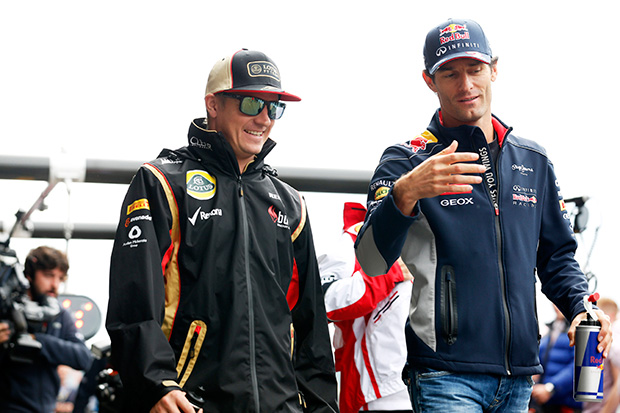 Gradually, though, that prospect began to fade, whereupon the rumours began that, however unlikely it seemed, a return to Ferrari might be possible.

My understanding is that there has been a difference of opinion between Domenicali and di Montezemolo, Stefano simply wanting the two best drivers available, which means partnering Rӓikkӧnen with Alonso, while at the same it’s thought that Luca is acutely aware that such a move wouldn’t reflect well on him: it was he, after all, who terminated Kimi’s last contract.

For all that, today in the Monza paddock I have heard from more than one source that Rӓikkӧnen has indeed signed a new deal with Ferrari. At Lotus they say that’s not the case, that they believe in the end Kimi will stay put – and maybe in the end that will prove to be the case.

Whatever else, we won’t be finding out this weekend, for Ferrari announced some time ago that no announcements regarding drivers would be made at Monza, so for the moment the matter of Rӓikkӧnen’s return is only hearsay. We’ll see. 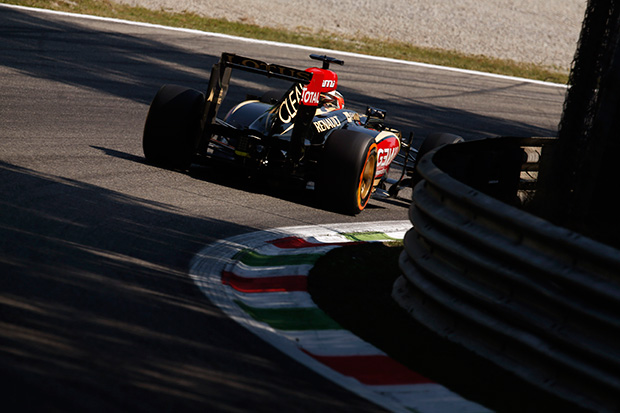 Today on the track, meantime, Hamilton and Alonso set the pace in the first practice session, but the second was all Red Bull, Vettel heading Webber by six tenths of a second. At this Christian Horner expressed some surprise, given that the team has traditionally regarded Monza as one of its weaker circuits.

Next up were the Lotus duo of Rӓikkӧnen and Grosjean, then Alonso, then Hamilton and Rosberg. If Vettel’s advantage is maintained through qualifying tomorrow, the race could be like Spa, another cakewalk for the World Champion.

Or maybe not. Perhaps Ferrari or Lotus or Mercedes will find something overnight – and perhaps, too, the elements will have a part to play. Today was very hot and humid at Monza, and the forecast is for more of the same tomorrow. Sunday, though, could be a different matter, for thunderstorms are predicted, and rain is a wild card in any Grand Prix.

Hang on a minute, though: didn’t Vettel score a dominant first Grand Prix at Monza in the rain…?