“This morning it has been quite hard and strange because Spa is my favourite track. I always came here with great memories from my first win in single-seater in Formula 4, Formula Renault 2.0 and GP2, the different wins I had here, and this year is a different story.

“As soon as I put one foot in the paddock, I just have these images that come back in my mind, and things I don’t want to accept or I struggle to accept.

“Even during the track walk … I just struggle to realise it really happened and unfortunately that’s just the truth, the reality. And it hasn’t been easy.”

The words from Pierre Gasly really struck a chord on Thursday in Belgium. We knew this would be a tough weekend – returning to Spa-Francorchamps one year on from the death of Anthoine Hubert – but here was a driver who was openly admitting to his own personal struggles.

It highlights the shock with which Hubert’s death ripped through the paddock one year ago, but also the reasons for that were the attributes that made the Frenchman such a genuinely well-liked competitor – someone who could mix fierce racing with a humility and friendliness that can be hard to achieve when chasing the dream of reaching Formula 1. 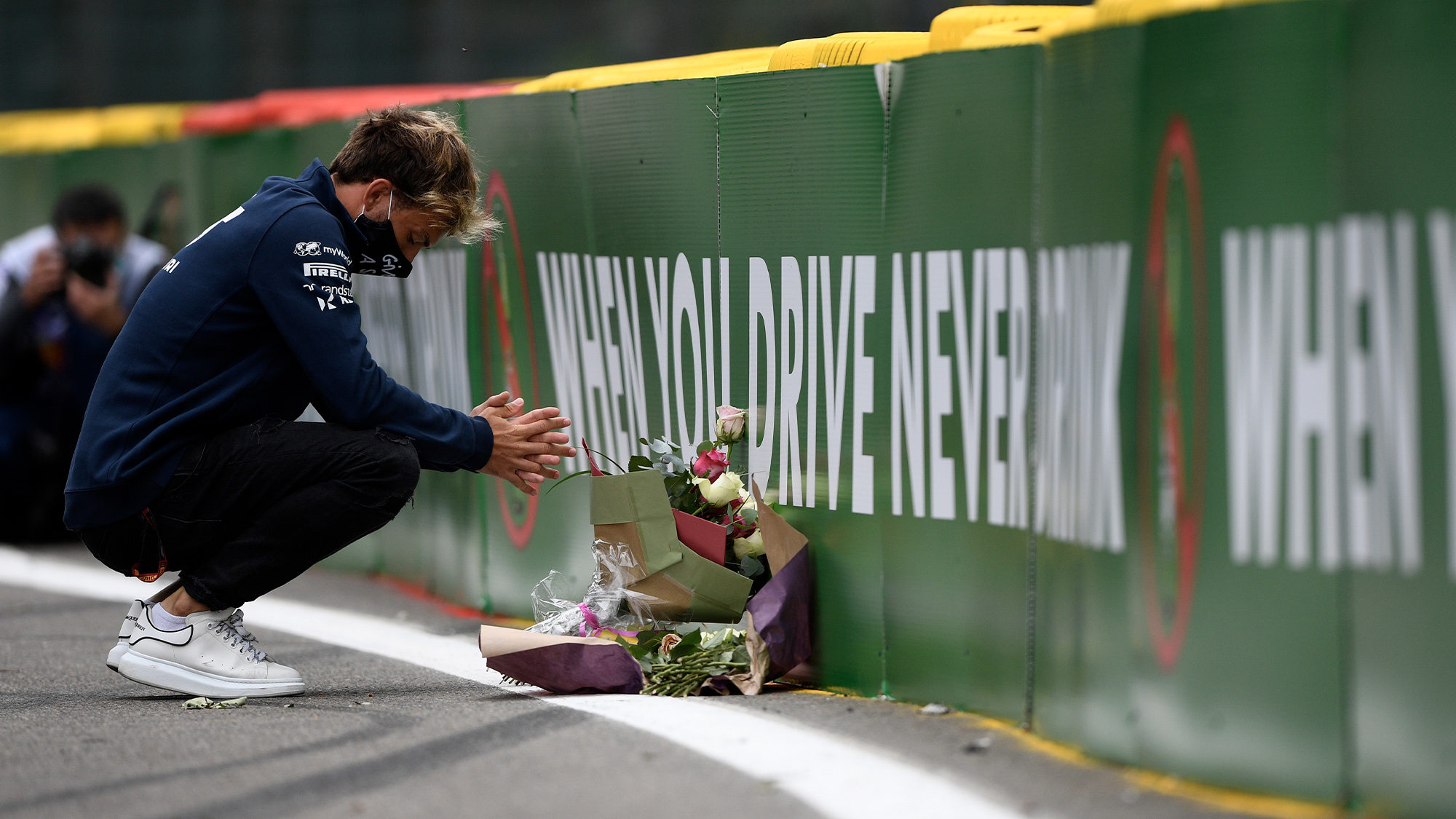 Gasly lays flowers at the scene of last year’s accident

“You have to have the respect,” Williams reserve Jack Aitken says of his former Renault driver academy member. “I was racing him all the way from Formula Renault in 2014 up until last year, and when you have enough close encounters – as you do on the race track – you either end up having a lot of arguments or a decent amount of respect for each other.

“We had a lot of respect, because he was a good racer, he understood that side of it and he did a lot of the things that I would have done myself in the same position, even if I got a bit pissed off about it sometimes! And I’m sure it was the same the other way round.

“It was a little bit different because we were in the academy together as well, so we did actually spend time together away from the race track at Enstone and on training camps. The training camps are often quite a bonding experience – especially the tough ones – and then we were team-mates in ART as well in GP3 in 2017.”

While Aitken had a more immediate rivalry with Hubert, Gasly’s went back years as they had grown up together, racing the likes of Charles Leclerc and Esteban Ocon on their way up through the French karting scene.

“I would have never achieved what I did without him, because we were pushing each other so much”

“I have thousands of memories from Anthoine,” Gasly recalls. “I was lucky to grow with him. So, from my first season in karting, when I was nine, I started to race against him. And then from the age of 13 we both decided to leave our homes to go to that school that the [French] Federation sort of built for us drivers.

“There were only three French drivers to make the move and there was Anthoine, another French driver and myself. And from the age of 13 till I was 18 I spent basically from 7:30 at breakfast in the morning till 10pm in the evening each single day together.

“He was one of the guys I spent most of my time with during my childhood and we were rivals, but at the same time I actually know that I would have never achieved what I did without growing with him, because we were pushing each other so much.

“Whether it was on track or off the track, that it just made me a better athlete, made me a better driver, and always pushed me to deliver more, find more within myself. It’s been part of my self-development as a person and as a driver, and I can only be grateful for that.

“He is someone we talk really often with my friends about, because we had a lot of common friends, and, as I said, like during the track walk I just have these images and footage in mind that I wish would have never happened.

“Unfortunately, that’s just the danger of our sport and it’s just hard to accept. Doing this special helmet and dropping these flowers and thinking I was with him again.

“After Budapest last year I had Sunday dinner with him, and we shared a nice moment with his girlfriend and another friend, on Sunday night after Budapest, and this was the last time I saw him. He was one of the first ones to send me a text when Red Bull decided to put me back in Toro Rosso. For me it is just very hard to accept he’s not with us any more.” 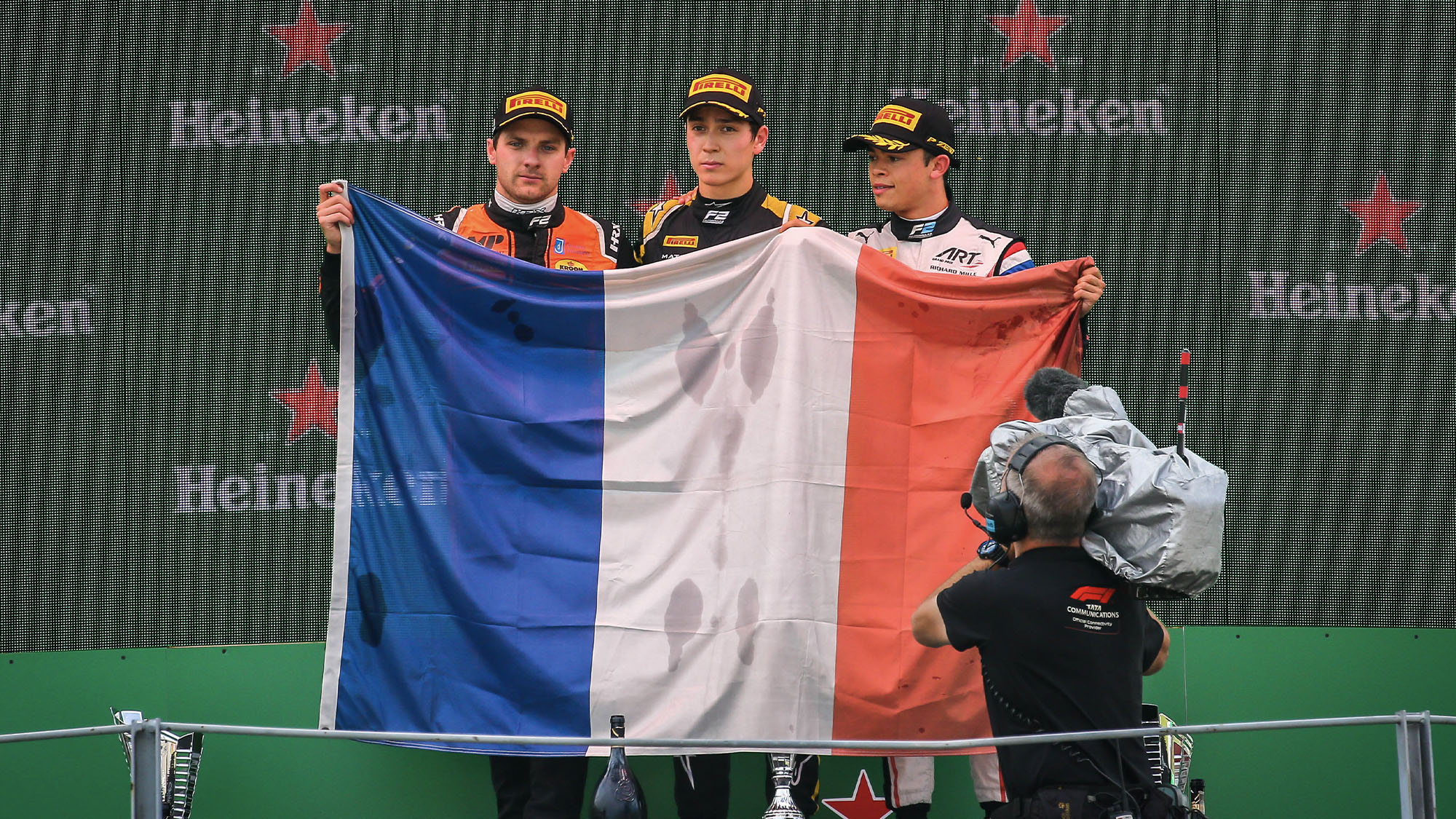 Jack Aitken — a member of the Renault Academy with Hubert — leads a tribute to the Frenchman at Monza ’19, a week after Spa

That a year has passed doesn’t necessarily make it any easier. This weekend, all cars are running tribute stickers and F2 has confirmed the number 19 has been retired for good, but the anniversary also stirs emotions that are still raw.

“Driving on the Belgian roads again and as we got closer to the track it was weird, because you just remember the last time you were driving on those roads,” Aitken admits. “The last time was in a state of shock and to say your final goodbyes to him.

“I’m amazed at the Formula 3 drivers that went out and did their racing on the Sunday morning last year because it was quite fresh and some of the Renault academy guys were in that field as well. I was staggered that they had the strength to do that. That was very impressive.”

Perhaps equally impressive is Juan Manuel Correa’s desire to be present at Spa-Francorchamps this weekend, with the Ecuadorian-American keen to attend as “a way for me to kind of close a chapter, but more importantly to pay my tribute to Anthoine”.

We miss you, mate. 💙 pic.twitter.com/peyItJ7KpE

Correa was fighting for his own life when F1 raced on a year ago, the occasions of Charles Leclerc’s maiden victory that he dedicated to his childhood friend.

“Last year was very difficult on the Saturday night,” Leclerc says. “Obviously we all learned about Anthoine passing away and on the Sunday I remember speaking with Pierre – we were all good friends with also Esteban, and Anthoine, we all grew up together – and Pierre telling me ‘you need to win for Anthoine on Sunday’, and I obviously wanted to do that too.

“For sure it is difficult and will be difficult tomorrow having that in mind, but that doesn’t change my target for the weekend which is to do the best I can in the car.” 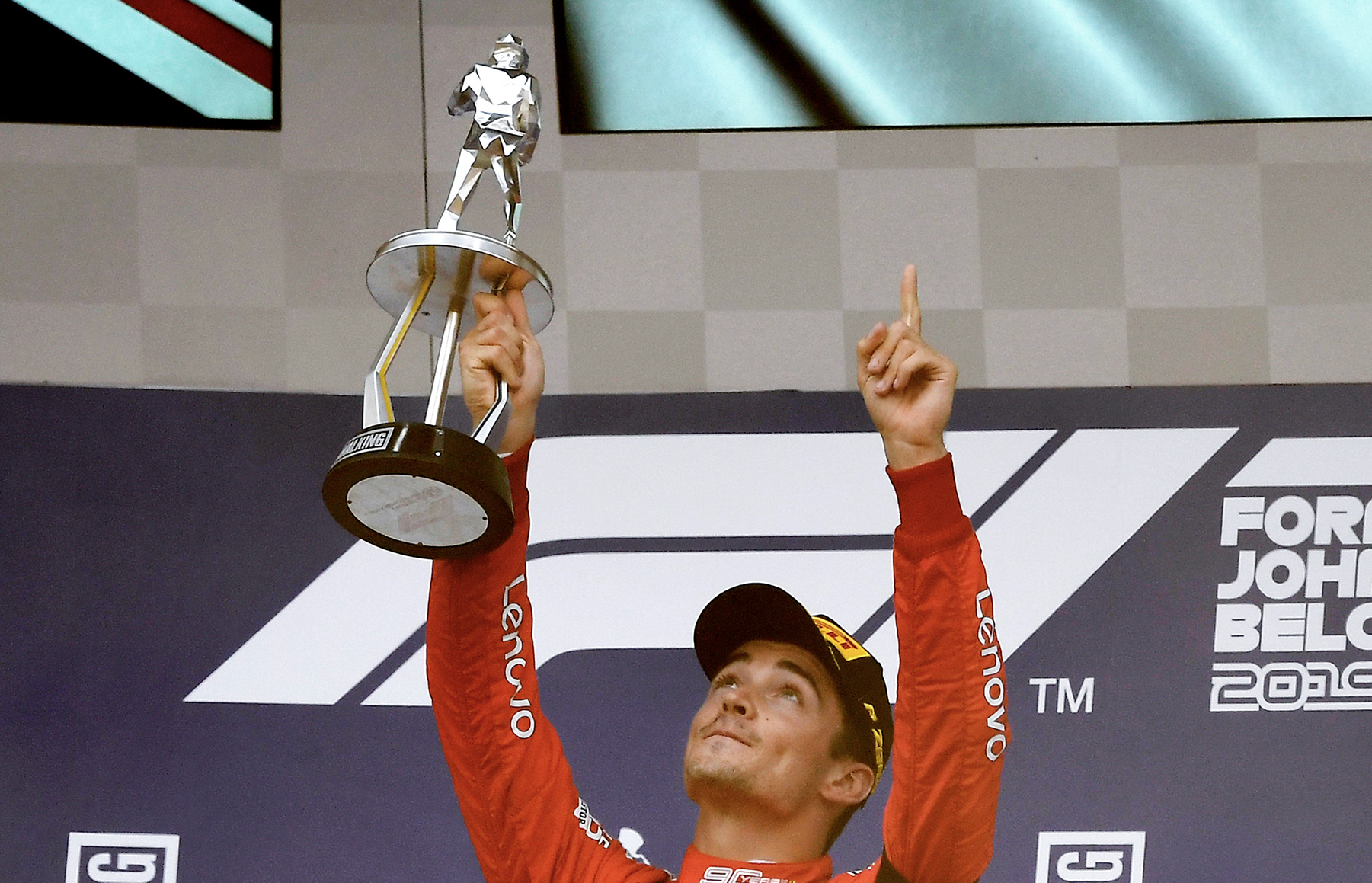 That’s something that all of the drivers have done since that tragic day, and will do again today, because that’s what racing drivers exist to do. Aitken was one of 19 extremely brave F2 drivers to get back into their cars less than a week later in Monza and race again, winning the sprint race and holding the Tricolore on the podium. 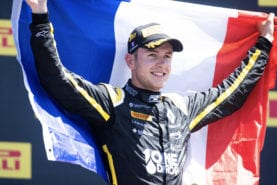 Nothing could have been done to save Anthoine Hubert following the Formula 2 crash at Spa last year, according to an FIA report published in February 2020. Marshals and drivers…

“He has come into mind for me,” Aitken admits of the past 12 months. “I found it difficult for a while after the accident to not think about him when I was getting in the car at some point. But now it’s more just I think it’s like a lot of people experience, I get reminded of him by certain things. Whether it’s riding my bike – because he was really strong and loved it – or certain phrases that stuck with him, or stuff around the track.

‘I’ve taken on a more appreciative outlook on life in general. It’s all sounding very cliche but it’s true, you see what can happen and how easily it can be taken away and you’re not so quick to complain about being at a track on a cold wet day doing testing of roll bar sweeps, even if you might want to be somewhere else, you have to take every day as you can.

“In the run-up to this weekend there’s been a lot of talk and trying to organise a few gestures and things like that, so he’s definitely been a bit more on my mind than usual. But he would definitely want us to get on with the racing and do it hard and fast, so we’ll do that.”