Is Jim Clark the best of all time? The numbers certainly go some way to prove the point 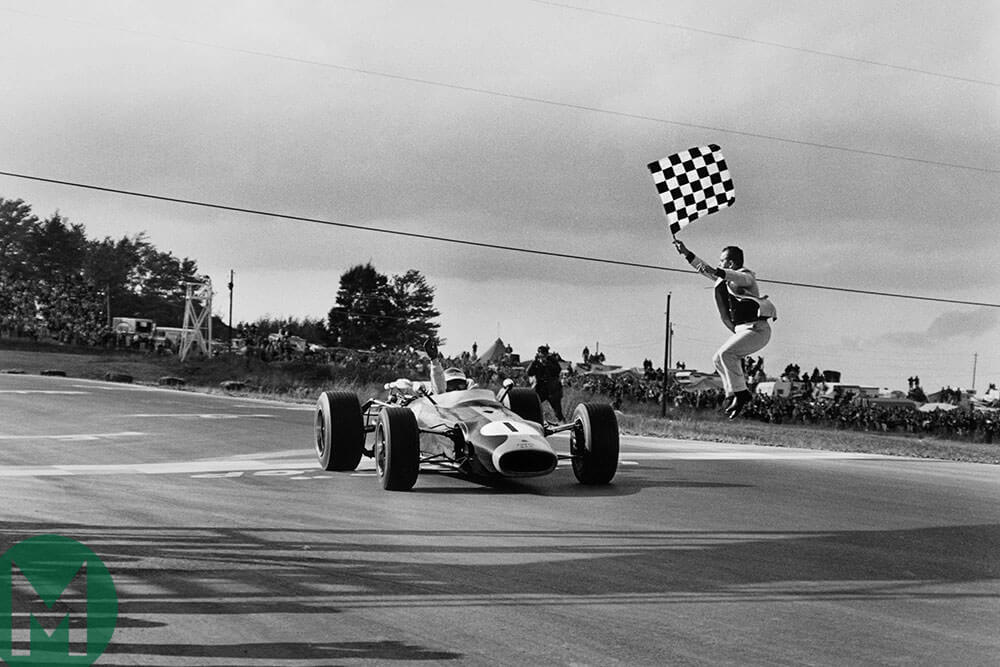 It is said you can prove anything with statistics so it is my happy task today to use them to try to show that Jim Clark was not just one of the best behind the wheel of a racing car, but a credible claimant to being the best of them all. Many will dispute this and I don’t blame you for a second, while those who look at the statistics may have cause to complain about my terms of reference. But with all the subjective stuff that has and will be written about Clark on this site this week, I thought a quick squint at some cold, hard facts might not go amiss, particularly as this allows me to select them to suit the point I am trying to make…

I’ve kept my statistical analysis simply to World Championship Grands Prix because if I tried to take in all the other formulae and forms of motor sport in which Clark competed, my head would hurt even more than it does now. And if you really pick my numbers to pieces you may find the odd statistical anomaly, perhaps because there were races where he was classified as both a finisher and a retiree – but not enough, I hope, to affect the general thrust of my argument. Which goes like this.

Although it is always dangerous to compare different drivers from different eras and while we must always accept some drivers have worse luck or find themselves with less competitive cars to drive, there is something clean and unambiguous about the number of races a driver has won relative to the number he started. And by that measure Juan Fangio has always reigned supreme: his 24 wins from 51 starts providing an unassailable 47 per cent hit rate. Clark won just one more race, but needed 72 starts to do it, or technically 71 because he didn’t start the 1966 French Grand Prix having been hit in the face by a bird in practice. But let’s call it 72. That’s a measly 35 per cent hit rate by comparison. Even Alberto Ascari did better than that with 13 wins from 32 races, giving 41 per cent to the nearest round number. If you’re interested, Lewis Hamilton has so far won 30 per cent of the races he has started and Sebastian Vettel just 24 per cent.

But back to Clark and let’s now take some account of the fact that he spent his entire career at the top racing for Lotus, cars that at the time were famed not only for being fast but somewhat fragile too. Fangio, by contrast, raced mainly for Alfa Romeo, Maserati, Ferrari and Mercedes-Benz, all of whom were producing beautifully engineered and reliable cars in the 1950s. Which goes a long way to explaining why Fangio retired from or didn’t start fewer than one in five of his races, while Clark failed to see the flag in one in three. That is an enormous difference. So let’s re-compute, and see who comes out of top of races they actually finished. Well, it’s Fangio again who won 58 per cent of the races in which he got to the end, compared to Clark’s 51 per cent. Even so – just think about that for a minute and how this might have affected the opposition: if you were in a World Championship Grand Prix against Jim Clark you knew that if he finished the race he was likely to win it, leaving the rest of you scrapping to be the first loser.

Even so, it’s still not Fangio is it? Well let’s give the figures one more rub and see what happens. The thing is that even before the Formula 1 World Championship came into being in 1950, Fangio was already at the top of his game, a multiple Grand Prix winner against the best in the world. In the first season of the championship he won half the races (excluding the Indy 500), missing the title by three points because Farina won the other half but retired from just two races compared to Fangio’s three. Clark by comparison was a complete greenhorn when he made his debut in 1960. In his first season he out-qualified team-mate Innes Ireland just once, and at the last race of the year, but still did not get around to actually winning a race until the third round of the 1962 season. So as Fangio’s statistics started when he was already a winner, let’s do the same for Clark and give him a couple of seasons to get his eye in.

And now the picture does indeed change. From the start of the 1962 season to his final World Championship Grand Prix in South Africa in 1968, Jim Clark took part in 58 races from which he retired or failed to start in 21. So in that period he won 66 per cent of all the races he finished, as close to two-thirds as makes damn near no difference. And no one, not even Juan Manuel Fangio himself, can compare to that.

This is, of course, a highly partial view using carefully chosen statistics. Someone wanting to do the same for Fangio could doubtless paint a very different picture. But however you view them, the numbers do support the only point I am trying to make here, which is that it doesn’t take much digging to realise that Clark was even better than his headline figures suggest.

Now, if the retirements on which I so depend to make my point were a result of multiple crashes caused by driver error or a driving style that put unreasonable strains on the machinery, you could justly argue that these were self-inflicted injuries so should not be excluded from consideration. But Clark was known not just to be the fastest driver of his era, but as one of the most mechanically sympathetic of them all and, most of all, one who almost never crashed. Among all those retirements just two were down to accidents, and as he was blameless in the awful events surrounding the 1961 Italian Grand Prix you can point to just one race – Germany in 1966 – which he failed to finish due to driver error.

So whatever the record states, be advised that Jim Clark was far better even than that. The best? You can only learn so much by comparing one era to another, but if there ever was such a thing as the greatest of them all, I’d say his claim was as strong as anybody’s. Even Fangio’s.