In the fourth part of our special Jochen Rindt tribute, we hear from three more of his rivals who were due to race against him at the fateful 1970 Italian Grand Prix, where the Austrian was killed in practice before becoming Formula 1’s only posthumous World Champion. Fifteen of the 26 drivers entered for that race survive, and we’ve spoken to all but one of them. 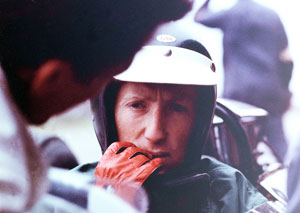 There are more recollections to come tomorrow, as we count down to this weekend’s Grand Prix at Monza. 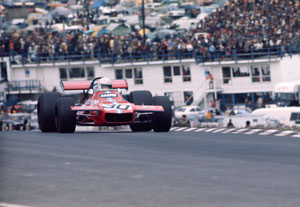 “I remember that weekend well. It was only my second Grand Prix. I’d been doing Formula 2 up to then, so I’d already raced against Jochen and he was a bit of a hero of mine. It’s funny how you have heroes and then suddenly you’re racing against them. Jochen was a special sort of person. Some people have something about them – Ayrton Senna, Enzo Ferrari – and Jochen was that kind of guy. When you were with him you knew you were in the presence of someone special.

“Jochen’s accident, and his death… It’s hard to explain how it affects you as a driver. You get to F1 and you’re doing something that you desperately want to do, so you’re there and suddenly someone who you look up to is killed and you feel very confused. Today a driver would probably have people around them, a manager maybe who they could talk to. But I was on my own. I was 27, and I’d come up through the ranks as you had to back then. So when Jochen died, it was certainly something you were never going to forget.

“A racing driver’s mind is really strange. You really think you’re never going to be hurt, otherwise you’d never do it. So somehow you put another driver’s death out of your mind. I didn’t reflect on it, which seems quite harsh, and in the next race it was as if he had been forgotten, which was quite odd and sad.” 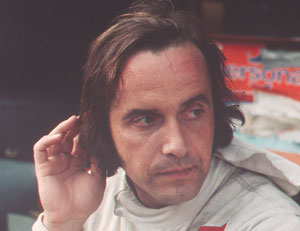 “To understand something about Jochen, it’s enough to remember that he is the only posthumous World Champion in the history of Formula 1. He was that good and we were firm friends, although not everybody understood him. Above all, Jochen was a decisive man who knew his own mind.

“I don’t actually remember much about the Monza weekend now: maybe to some extent the sadness blocked it out. But I recall feeling shocked when I heard that he had died: I hadn’t seen any fire, so at first I thought the accident was not too serious. Back then, though, we measured things by different standards. Racing was dangerous: we were driving around in thin metal tubes protected only by 220 or 230 litres of petrol. This meant that fatalities were just a fact of life, but it also meant that the relationships between people were closer and that driving standards were more correct. In 1970, you would never have found drivers doing to each other what Michael Schumacher did to Jacques Villeneuve in 1997. It was too risky and everyone knew it.” 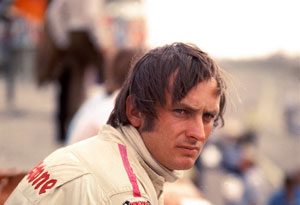 “I talked to Jochen in the pitlane in Monza just before he went out for his last practice lap. I don’t remember what we talked about, but it was obvious his confidence levels were very high. He was on his way to winning the World Championship and he was confident of a good result at Monza. A few minutes later he got in the car and never came back.

“I didn’t see him crash. I didn’t even see the aftermath. I was having some problems with my car and by the time I got on the track it had all been cleaned up. We were all a bit shell-shocked because there had been a number of fatalities that year. But you block it out. He wasn’t wearing a full six-point harness belt but that is not quite as surprising as it sounds, because seat belts hadn’t been around that long. One of the reasons drivers didn’t like them is they were terrified of fire, and the thinking was you were almost better to get pitched out than stay in the car.

“Jochen was a very forthright character with a wicked sense of humour, and as a driver he was right up there. I don’t know if we ever fully saw the best of him. He drove some fairly ordinary cars up until the last few years of his career and I think there was a lot more to come from him. Around that time the two guys I really rated were Jochen and Jackie (Stewart). For me he will always be one of the best.”