In the final part of our special Jochen Rindt tribute, we hear from two more of his rivals who were due to race against him at the fateful 1970 Italian GP, where the Austrian was killed in practice before becoming Formula 1’s only posthumous World Champion. Fifteen of the 26 drivers entered for that race survive, and we’ve spoken to all but one of them (as reader Chris Hall guessed correctly – George Eaton) in the run-up to this weekend’s race at Monza. 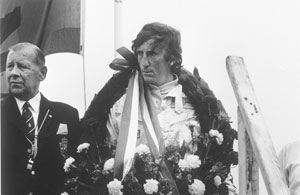 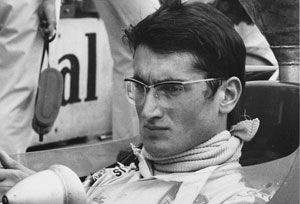 “Jochen and I didn’t really mix, so in one way I didn’t know him that well. I didn’t move in the same circles as the F1 glitterati. He had a very glamorous wife, and I lived in a terraced house in Islington with my three children, so it was a rather different lifestyle. Socially our paths didn’t really cross. We didn’t gel I think because we came from such different backgrounds. He didn’t see me as the next Emerson Fittipaldi, or whatever.

“Having said that, we were team-mates, so I got to know him quite well. He had a tremendous urgency about the way he conducted his life and he was very quick to judge, I would say – not the most tolerant guy in the world, like a lot of racing drivers.

“The Lotus 72 (the title-winning car on which Miles led the development) was such a troublesome child for me – every time I got into it something broke and there were a lot of confidence-destroying problems with that car. Jochen once said to me at Spa, ‘I wouldn’t drive that car if I were you’. I had a wheel fall off – fortunately at La Source – then two tyres went down in the race. There were an unending sequence of things going wrong.

“Jochen kind of didn’t want to drive for Lotus in one sense because he knew the cars were liable to let him down. But once the anti-dive and anti-squat were taken off, the car got very fast, and he was compelled to drive it because it gave him a very good position to win the World Championship. He was caught between the opportunity of winning a World Championship, but of the car always falling to bits.

“To me he was always fair, but he didn’t see me as a racer. He didn’t see me as someone with the same risk-taking profile as he had. His clan were the likes of Jackie Stewart and Jack Brabham – he had a good relationship with them.

“1970 was the year that destroyed my career in a sense, so it’s not one that I remember with great fondness. It was a bit like being a rear-gunner in a Lancaster bomber. The Monza weekend itself… Well, it was catastrophic, for obvious reasons. I had a big disagreement after practice on Friday about the wing situation and I didn’t want to run the car without them. We had no idea, no data that supported the aero balance without wings. I drove one lap with the car like that and I concluded it was completely undriveable; I nearly killed myself going round the Curva Grande. Colin Chapman ordered me to take the wings off the car, so they came off, but before I could get out to practice Jochen was killed. He was such a tremendous driver that I don’t believe the aero issue was what made the car leave the track. I believe that something broke, although others think differently. I followed Jochen at the end of Friday practice and his car looked dreadful. Colin already wanted to take the wings off the car, but the initial idea wasn’t Colin’s: Jochen had suggested it to him.

“There was engineering rashness with the 72. If we hadn’t been doing stupid experiments like taking the wings off with zero aerodynamic data to base it on, and if the mechanics hadn’t pulled an all-nighter to do this stuff, then maybe Jochen would still be alive.” 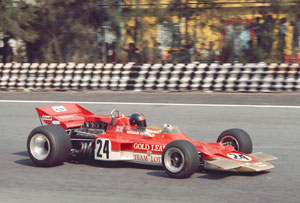 “My relationship with Jochen ran quite deep, because we raced together in Formula 2. By the time of Monza I was the third driver at Lotus, behind Jochen and John Miles, and I remember him helping me in the first Formula 1 test at Silverstone. He told me about the car and he was holding out the board as I went around each time.

“Monza was my fourth race and on the morning before practice I remember clearly that Jochen and I were talking about my 1971 contract over breakfast. He wanted me to drive in the team he had started with Bernie Ecclestone (his manager) and I agreed. It was very exciting and I felt so proud that I would be driving for Jochen. That was the last time I spoke to him.

“Then came the disaster. It was awful for me. I was only 22 and he was a guy I had looked up to as an idol. He was always very good to me when I arrived in Europe from Brazil, and his death was a big shock. My wife had become very close to Nina Rindt also, so on many levels it was a really difficult time. It wasn’t just the racing. Back then we never knew when we packed our bags on a Wednesdsay or Thursday whether we would be coming home on a Sunday night.

“Jochen was always extremely focused and he used to read a lot, he was intelligent. That was his way to relax. He could sometimes seem quite cold if you didn’t know him, but if you got close to him as a friend he was a really warm guy underneath. The way he treated me was fantastic and it gave me a huge motivation. He was an extreme talent and a fantastic guy.”