In August he’ll celebrate 40 years without ‘the beard’.

He grew it originally, he only half-jokes, to keep warm in his father Marshall’s “wind tunnel” of a Belfast garage. Those working conditions – plus a Hampshire airfield’s Easter Monday chill – also explain the brown pork pie hat that he wore, pulled low, at the 1969 Wills Trophy.

The shy guy, 22, was incognito on his international debut – unlike pocket rocket biker Bill Ivy. Bang on trend with shoulder-length hair, Yamaha’s 125cc world champion of 1967 roared into the paddock in a Maserati he nicknamed ‘The Gobbler’ and put a Brabham on pole for his first race on four wheels.

The opening round of the European Formula 2 Championship had attracted a superb entry of BMWs, Ferraris, Lotuses, Matras and Tecnos driven by the likes of Jo Siffert, Clay Regazzoni, Jochen Rindt, Jackie Stewart and François Cevert. 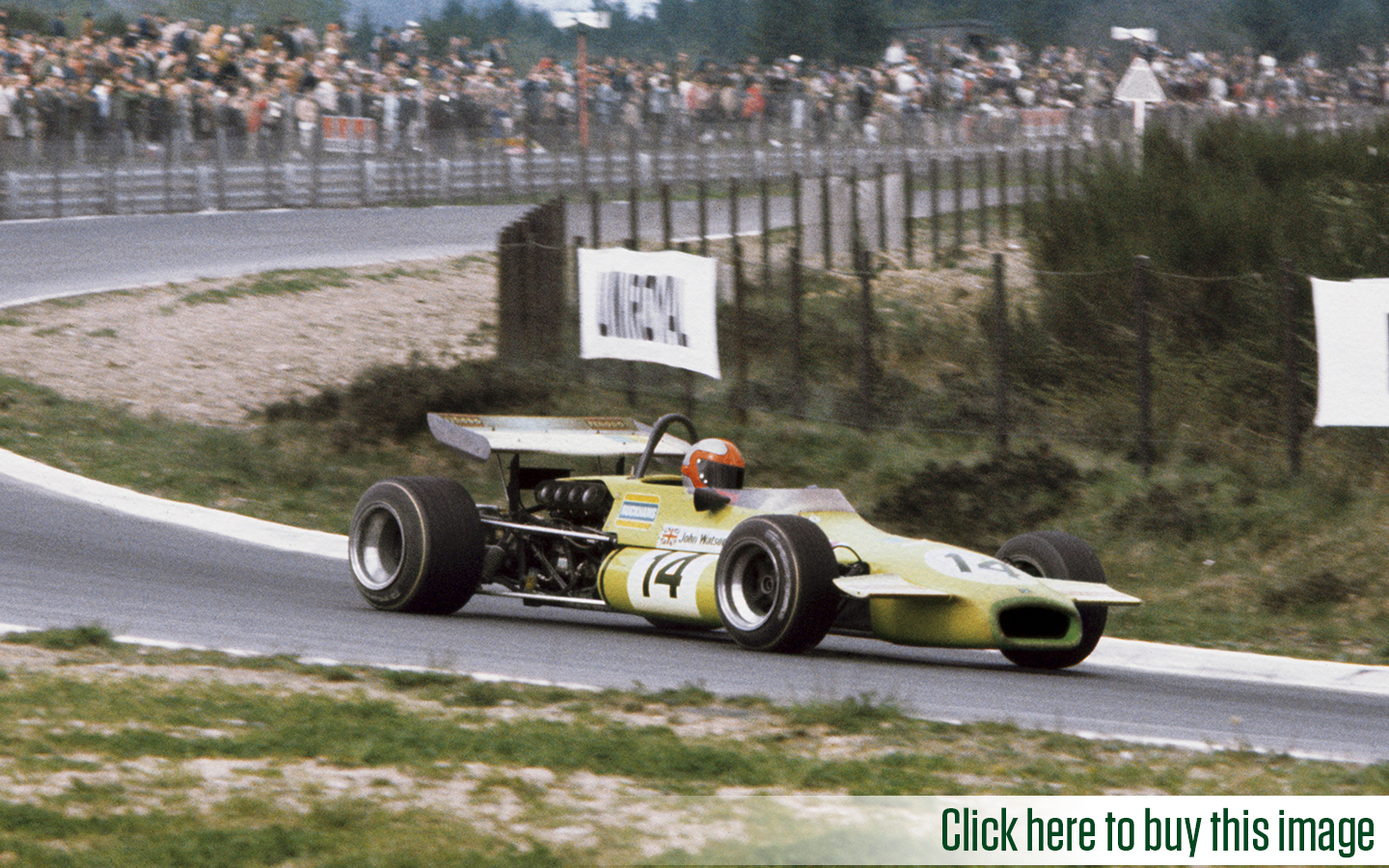 Watson had never raced at Thruxton. Had never driven Team Ireland’s second-hand two-year-old Lotus 48 – it wasn’t that great when new, to be honest. And had no experience of a car fitted with a wing.

His hesitancy, therefore, was understandable. A big fish in a small pond back home, he felt out of depth here.

He started his heat from two rows behind Ivy and finished 11th. His Cosworth engine overheated on the grid but he’d stayed calm and cool despite its misfire.

That cockpit was Watson’s haven. It was just a car, just a race, he had realised.

John Watson on the Database

For the 50-lap final he lined up on row eight alongside Rindt, who had led his heat comfortably before suffering a puncture. The ‘King of F2’ was unstoppable that day and, despite a malfunctioning rev-counter, thrust his Lotus to the front within 19 laps and finished a half-minute ahead of Stewart’s Matra.

Watson, meanwhile, did a mini-Rindt, picking off both works Tecnos, all three Ferrari Dinos and the Matra of Johnny Servoz-Gavin to run fifth.

But on lap 30 he understeered off at the Complex – and the dream had to be put on hold.

He returned the following season, this time with a Brabham that his family had scraped together to buy, and qualified on the front row for his heat, alongside Rindt and Jacky Ickx’s BMW. He was running fifth in the final when he crashed… at the Complex.

His early career was blighted by misfortune and injury. He broke his left arm, leg and ankle when a tyre blew at Rouen in 1970, and his right leg when he felt obliged to press on, despite a sticking throttle, on the occasion of his Brabham F1 debut at the 1973 Race of Champions.

These dangerous times ‘worked’ in his favour, too, however.

When promising New Zealander Bert Hawthorne was killed at Hockenheim in 1972, his best friend, and ex-Team Lotus mechanic, Allan McCall asked the “guy who looked like Jesus” to drive his neat Tui F2 car.

Watson had his followers. 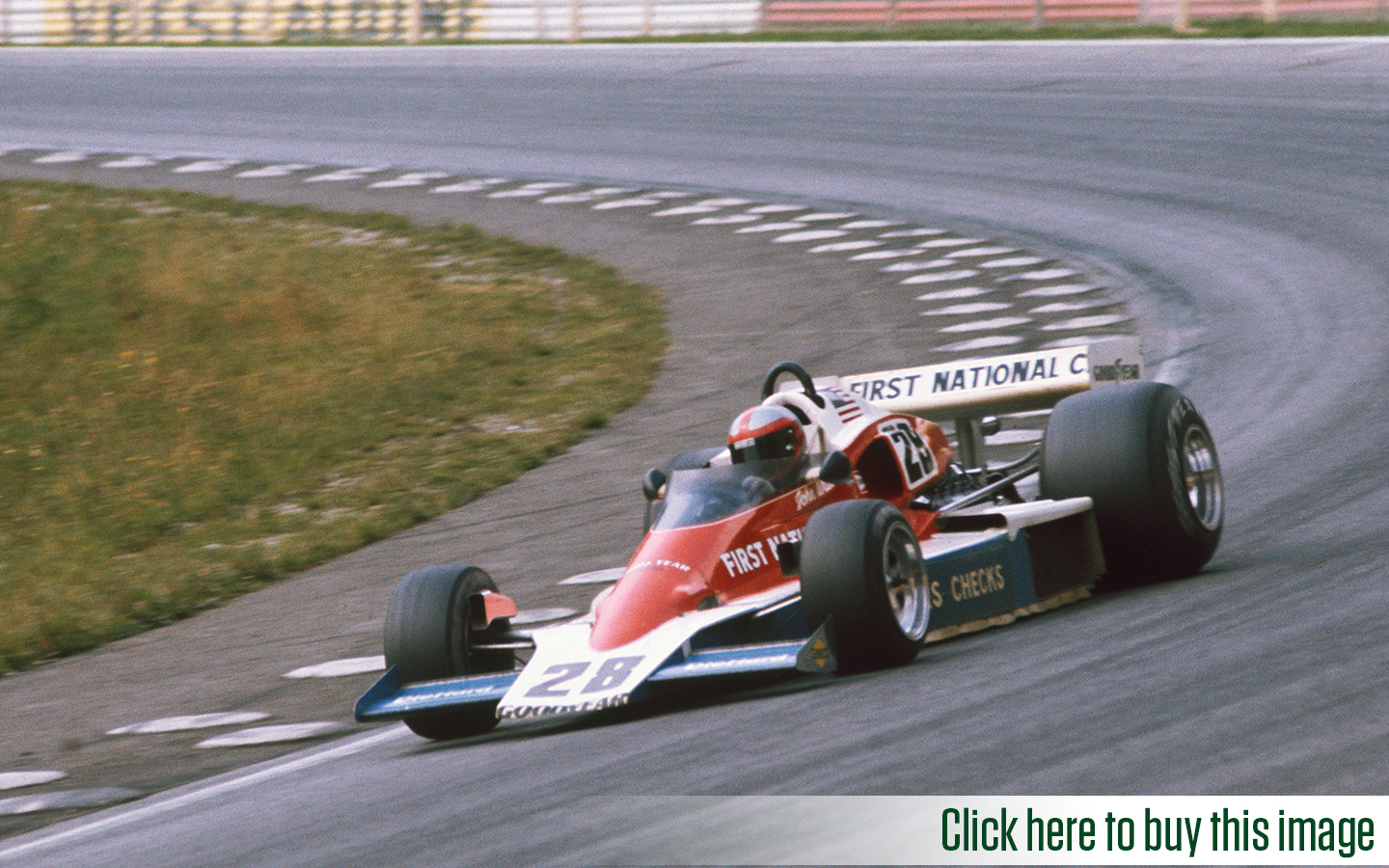 And when Penske’s Mark Donohue succumbed to the brain injury sustained during practice for the 1975 Austrian Grand Prix, Watson was again invited to replace the irreplaceable.

His sensitivity in and out of those cars marked him as a man and sportsman of style and content.

Victory on Penske’s emotional return to the Österreichring in 1976 should have been both a beginning and an end: the end of the beard after a bet with neat-freak boss Roger Penske and the beginning of the team’s long-term F1 future.

But Penske, overstretched in the US, had to call a halt, and Heinz Hofer, Watson’s favourite team manager, was killed in a road accident the following year.

Watson wouldn’t win another GP until 1981.

The standing ovation he received at Silverstone when finally he ended his drought was a mark of affection – think Mansellmania without the maniacs – and in recognition of all those near misses in Brabham-Alfas that sounded the business and McLarens struggling to get to grips with ground effect.

The following season Watson outraced new megabucks McLaren team-mate Niki Lauda and might have become world champion had he matched him in qualifying.

Has any driver overtaken more rivals in a single season than did Watson in 1982? His knifing passes of three cars in a single lap of claustrophobic Detroit alone were worthy of his MBE.

The 1983 Long Beach Grand Prix on the Database

The shy guy had developed mechanisms to cope – he’d lost the hat, too – but will admit to retaining a certain naïveté. That helped in some respects. On his day he made the difficult look remarkably easy: just a car, just a race.

But Stewart wasn’t wrong when he called him “too nice”.

Certainly he was no match for super-savvy Lauda when it came to uniting a team around him. Even though the businesslike Austrian effectively cold-shouldered him from Bernie Ecclestone’s Brabham and then the McLaren of Ron Dennis – after the Marlboro-backed coup – they got on like a house on fire.

Ask ‘Wattie’ about that – or most things else for that matter – and he will supply an honest answer, even the unprintable bits of which will be insightful and illuminating.

You can quote me on that.

And so, to the man who drove that brown Brabham so quickly, who wore that oddball twin-window skid lid, who arrowed an F1 car between the trees of Phoenix Park, who knew that Alain Prost was the real deal even before he had reached the end of the pitlane at his first F1 test, and who won three WSC races in a Silk Cut Jag, many happy returns, John.

You young shaver, you. 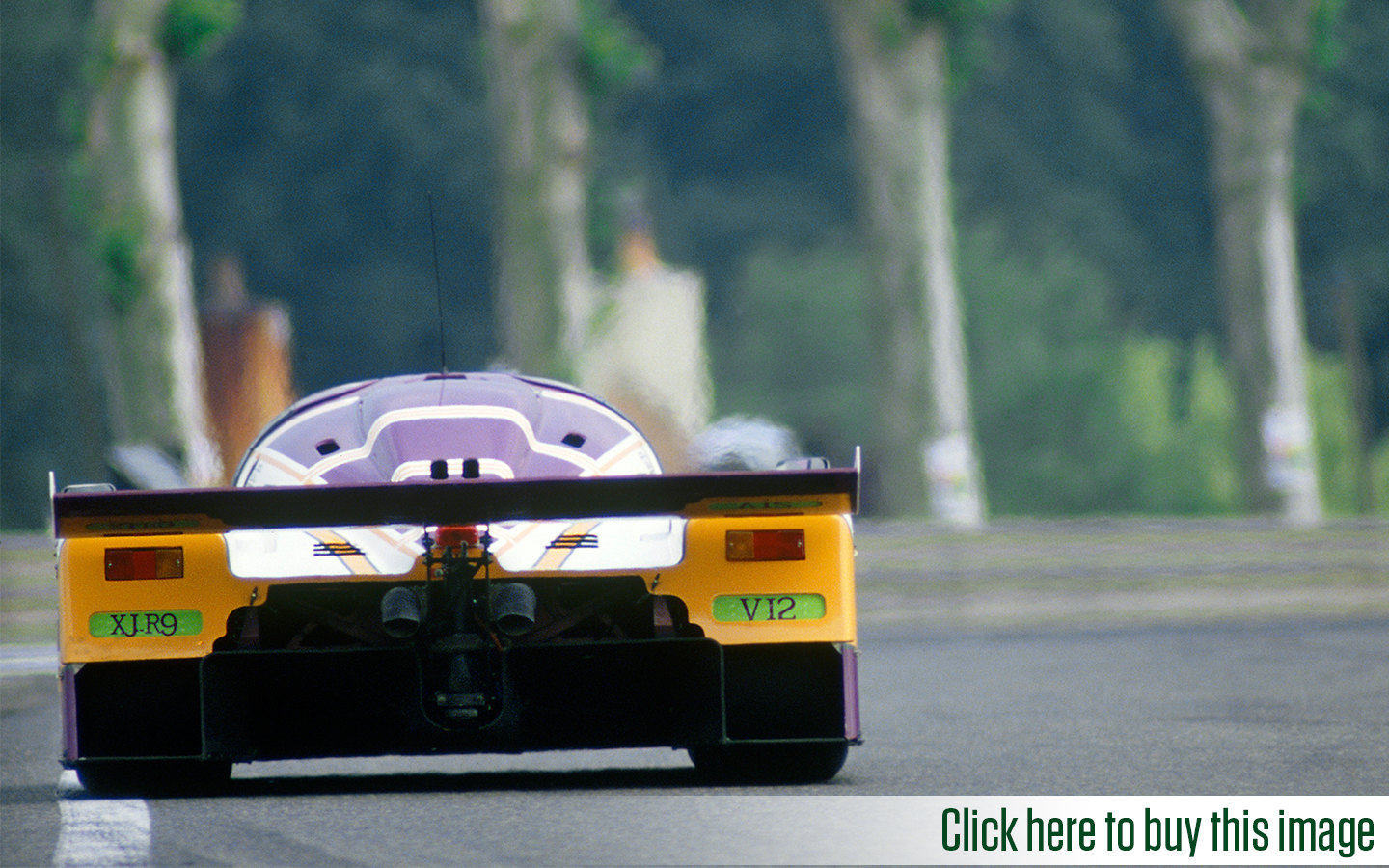