Ross James Brawn knows quality when he sees it. And so he should – he used to watch as a goggle-eyed kid Manchester’s Belle Vue Aces in their Hyde Road Stadium pomp. Plus he was with Williams Grand Prix Engineering 30 years ago when Keke Rosberg slickly slithered his atmo FW08C to a memorable Monaco victory. So when he says that Nico Rosberg’s performance last weekend was as good as it gets we must block out the ‘noise’ of a secretive 1000km test, of tyres ‘made from cream cheese’, and listen. 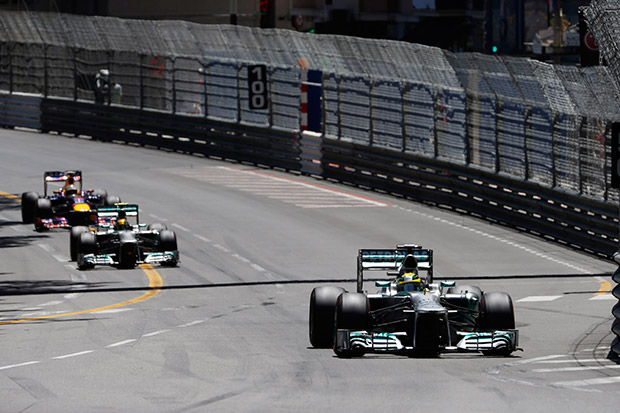 ‘Boy band’ Nico – clean-cut, clean-living yang to his Dad’s hirsute, nicotine-inhaling yin – grew up in Monaco. A process he completed on Sunday when he became a genuine star. The prevalent conditions and demands of Formula 1 do not have everyone gripped, but somebody has to master them, and while the rest of the field bar cheeky ‘Checo’ conservatively followed each other’s tyre tracks – not that they were laying any! – the leading Mercedes maintained a small but telling gap. Rosberg had the pace and, between increasingly rare reminders from the Safety Car that motor racing is indeed still dangerous, paced it perfectly.

Unfortunately, it was far from exciting. Even feisty Fernando Alonso seemed to lose his mojo, while Red Bull, that edgy, alternative brand, tut-tutted when Sebastian Vettel naughtily uncorked a lap worthy of his talent and car’s potential – just for the hell of it. Keke would have understood.

That fastest lap – 2.701sec off Nico’s pole position – was seven seconds quicker than the race’s early laps, which were processional in every sense of the word. Thirty years ago Nelson Piquet’s Brabham BT52-BMW turbo completed its 69th lap in 1min 27.283sec. Today’s warriors ‘caught the bus’ and toured a circuit with a slower Chicane but faster entry to Rascasse in the 1min 23-24sec bracket. An azure sky and cool Med air, perfect for fast motoring, made this all the more maddening. No wonder Vettel eventually ‘weakened’ and sought “satisfaction” with a 1min 16.577sec that was spiky in every sense of the word. 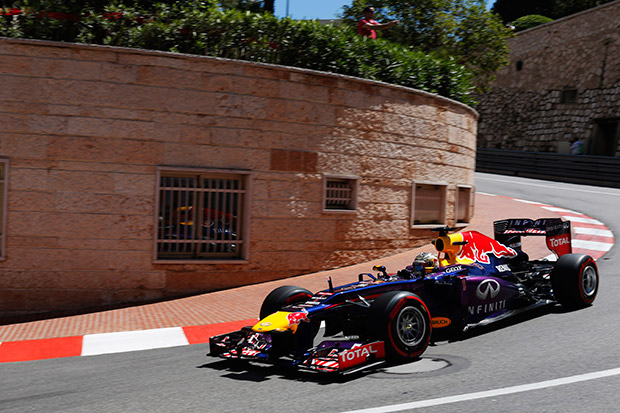 F1 has made giant technical and promotional leaps in the past 30 years without being able to eradicate regular retrograde steps in terms of its sporting spectacle.

Thirty years ago Keke clambered from his cockpit soaked head to toe in sweat. True, he was incubating a virus that caused his head to loll and would hamper him for the remainder of the season, but also his Williams, with its blistering steering kickback, manual gear change and occasionally hesitating DFV, had dished out a pummelling. Nico, fitter no doubt, stepped sweetly from his cockpit looking dishy rather than dishevelled. Physically at least he had not been challenged. It hadn’t been too easy, but that’s how it looked.

Thirty years ago it was all about, er, tyres. McLaren’s new Michelins, tailored at a private test, arrived too late for the only dry session and Marlboro men Niki Lauda and John Watson suffered a double-DNQ ignominy.

Keke was running Goodyears. Had he joined the four turbos ahead of him on the grid on wets – Patrick Tambay requested slicks but Ferrari countermanded him – he could never have beaten them. So he was advised otherwise – and discovered so much traction on his warm-up lap, on slicks softer than usual because of the track’s low wear-rate, that he did another to be doubly sure. 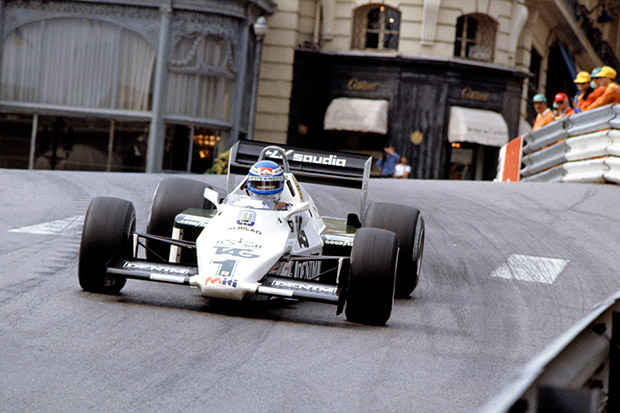 His grid position sheltered by trees, he leapt to second place on the charge to Ste Devote and had passed the Renault of Alain Prost by the end of the first lap. He immediately began to pull away, divining traction from obscure places – fish-tailing wide at Casino Square, diving super early into Mirabeau – so that by lap five he was 12 seconds to the good. At which point the rain stopped. The minority on slicks was floundering in comparison with Rosberg. The majority on wets was sunk.

Keke, however, pressed on, in control without ever making it look easy, on tyres that allowed him the scope to express himself. Though only team-mate Jacques Laffite and eventual runner-up Piquet got within 20 seconds of him, it was never anything less than compelling. The same cannot be said for Sunday’s closely coupled ‘high-speed train’ – no matter how good Nico was.

The latter wasn’t born when Keke made the most of his tyres and mastered his F1’s prevalent conditions and demands. Thirty years is a lifetime – or a stint on delicate Pirellis – ago for a young man in a hurry. Maybe Nico has listened intently at best, politely at worst, while his Old Man has told him the story of those opening laps. Maybe he’s watched the ’83 highlights on YouTube and been quietly envious of his Dad’s opportunity to showcase his skills. However they have done it they have got the balance right. 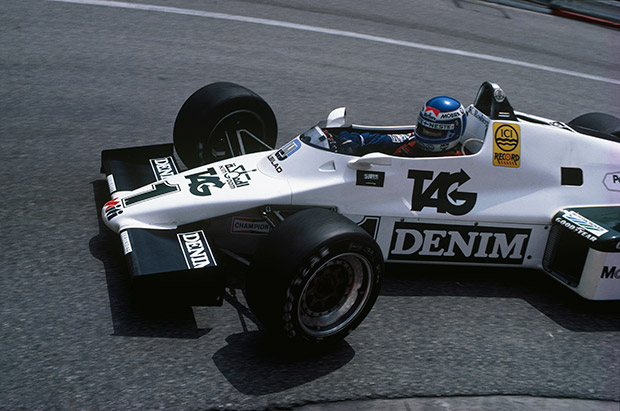 In public, the admirable Keke has wisely stepped away from the paddock to let his bright and indubitably capable son get on with it the modern way. Healthily – and rightfully – Nico enjoyed his own moments as he crossed the finish line, stood on those famous steps to accept the trophy and congratulations from a Prince and his statuesque blonde wife, and chatted to TV crews and print journos. He hadn’t won for Dad. And Dad being Keke would have been cool with that.

Their second GP victories, both scored in Monaco with a certain undeniable style, provide a unique family triumph of which we can be sure they are proud, but there, an impressed Ross James Brawn notwithstanding, the connection ends. Keke hung tough and drove hard because he had no option. Nico, entering his prime, had it soft and super-soft in comparison. Let’s hope that sometime in the near future he will be allowed to smoke ’em.