All drivers completed plenty of running on a second successive sunny day at Yeongam, a track where rain has often played a part in proceedings. However, the threat of Typhoon Fitow striking on Sunday is still there, despite a lot of confident talk about it heading away from Korea. 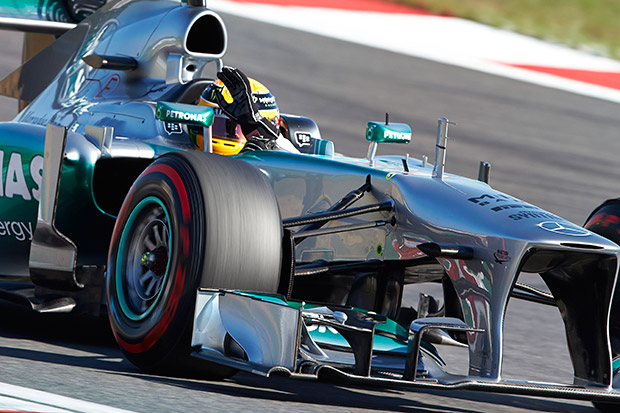 Whatever happens come the race it looks like we will have a dry Saturday, so today provided some valuable pointers as to what we may see in qualifying. And the good news is that it looks like we shall have a tight competition between Red Bull and Mercedes, and after three straight poles, World Championship leader Sebastian Vettel might have a fight on his hands.

Not everyone is a fan of Hermann Tilke’s work, but on the whole Yeongam is highly regarded, and today we saw a couple of examples of how tricky it is. Just 22 minutes into the morning session Marussia reserve driver Rodolfo González spun into an unyielding concrete wall, breaking the nose clean off his car. The Venezuelan returned to the pits and finished the session some 2.7s off team-mate Max Chilton.

A hapless rookie is one thing, but later in the same session the track caught out a veteran who crashes so rarely that we were left wondering exactly when he last went off the road and damaged a car. Kimi Räikkönen snapped sideways and spun off at the final turn in an accident eerily similar to one experienced by one of his predecessors at the Enstone team, Vitaly Petrov. This time around Kimi knocked a couple of corners off his Lotus E21 after what was a substantial impact, but at least he only had a short walk back to the pits. The car was repaired in time for the second session, and the Finn didn’t seem to lose out. 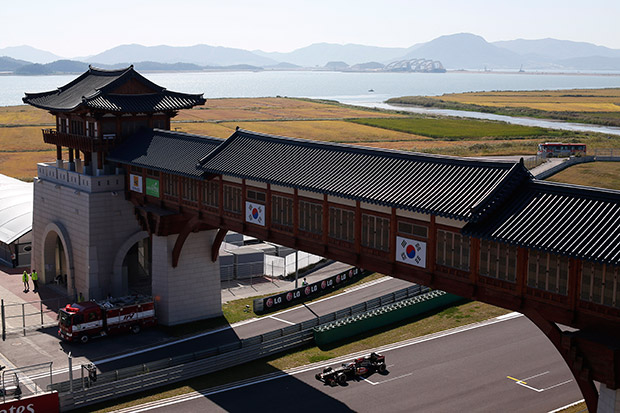 The shunts showed that, especially on a green and dusty track, Yeongam demands respect. It’s also far from easy to hone a set-up for a schizophrenic venue that has long straights at one end and tight, wall-lined corners at the other, and for the teams, it’s always a compromise. And that does at least open things up a bit.

Yesterday Lewis Hamilton was in something of a downbeat mood, speculating upon the stunning recent performance of the Red Bull RB9 and implying that it was all over bar the shouting. And yet from the start of today he was the man to watch, ultimately setting the top time in both sessions – beating Vettel by just 0.037s in the first, and 0.108s in the second.

It wasn’t much, but it indicated that we are in for a fight for pole here. Webber and Rosberg were up there too, as the Mercs and Red Bulls occupied the first four spots in both sessions. It’s worth remembering that the Aussie carries a 10-place grid penalty into this weekend, so Vettel will be defending Red Bull honour on his own. 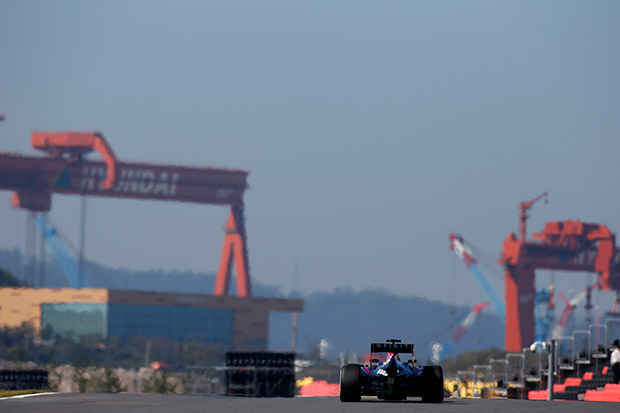 Things move so quickly in F1 that’s it’s easy to forget how dominant the Mercedes W04 was over one lap just a couple of months ago, so perhaps we shouldn’t be so surprised to see it up there once more. The timing is good given that Vettel’s hat trick of wins, and the scale of his domination in Singapore, had taken the momentum out of the title battle. He may well already have enough of an advantage to secure that fourth title without too many dramas, but with luck we can still enjoy some entertaining individual races in the coming weeks. And Lotus is very much in the fight here as well, in terms of race pace if not over one lap, and in Webber’s absence Räikkönen and Romain Grosjean know they are shooting for fourth or better on the grid. From there they could be a factor.

Rain on Sunday could mix things up, and it would be nice to think that we’ll get an upset or that Fernando Alonso could inject life back into the championship by winning. However as the Spaniard himself pointed out yesterday a quick car is a quick car, and the downforce that propels Vettel around and out of corners so effectively in the dry will also serve him well in the wet. Of course rain does add a random element of risk that Vettel could well do without, but given the way luck has ridden with the German for most of the year, I wouldn’t bet against him…