Today (Friday) is Michael Schumacher’s 45th birthday and he will start the second half of his forties as he ended the first – deep in an artificially induced coma, his body deliberately mildly refrigerated as doctors try both to stabilise his condition after his skiing accident and assess just how badly hurt the seven-time F1 champion really is.

That is unless his situation has changed between me writing this and it being posted which, sadly, is entirely possible. For while no news is good news, and it’s been good news that there’s been no news of late from the hospital in Grenoble, the fact is Michael Schumacher’s life continues to be at risk. 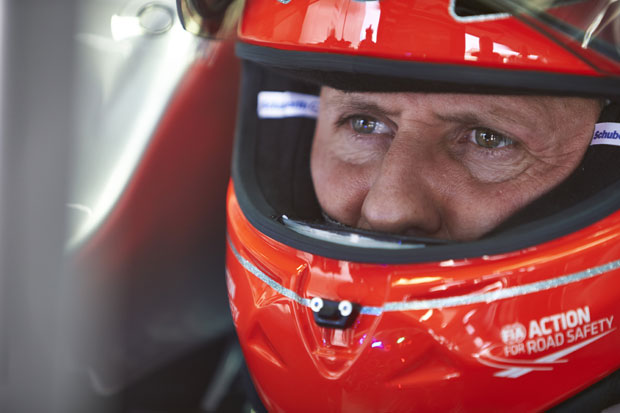 The word from the experts

Having spoken to every sane and measured member of the medical profession I know in the last few days, there is a clear consensus based not only on interpreting what those treating Schumacher have said, but the very careful way in which they have said it.

In short, the spectrum of possible outcomes is as wide as it is possible to be. None thought the fact that the members of the medical team were clearly being cagey in their comments was indicative of any significant fact that they had elected not to divulge. On the contrary, the reason for their refusal to speculate about Schumacher’s likely prognosis is simply that they know only a little better than you or I in which direction the path leads, let alone the final destination.

The truth is – and I have this from a brain surgeon – that what our current level of knowledge of brain function is best at telling us is just how little knowledge we have. As you find out more, what you find out most is how much more there is to find out.

The advantage of being fit

In the meantime we will have to put up with endless headlines about Schumacher ‘fighting for his life’ and how his renowned physical fitness will give him a chance denied to the rest of us mere mortals. Were he shipwrecked, marooned in a desert or in any way able to use his physique to influence the outcome then I have no doubt the advantage would be telling. 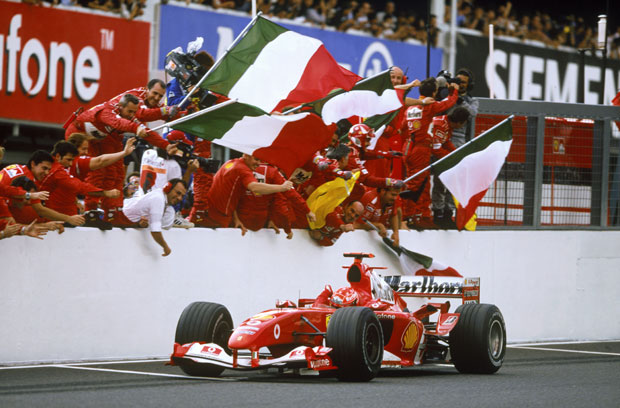 But lying comatose in a hospital bed with serious trauma to his brain it is easy to see why doctors felt the need to explain that, while his fitness would clearly do him no harm, the more significant factor is that as a man in his 40s he will heal less quickly and well than someone in their 20s and rather better than a patient in their 60s.

So no one knows where this is heading, not even one of Europe’s finest neuro-surgical teams and that must be the greatest agony of all for his poor family. But there is always hope and beyond wishing for his complete recovery I must echo David Coulthard’s hope expressed so eloquently in the Telegraph this week – a hope that Michael is able to see how highly regarded he really is.

I know that even if he does pull through, those who have been most venomous about him will subtly attenuate their views just as they did when Senna did not. Whatever else can be said of Schumacher’s accident, the fact it has proven him to be vulnerable like the rest of us and that it seems he was trying to help another at the time can only recast him in a more human light.

But even filtering out the humbuggery, it is possible that those who never felt the inclination to understand and therefore appreciate the magnitude of his talent and achievements will at least now take this time to reappraise their view of this extraordinary man. 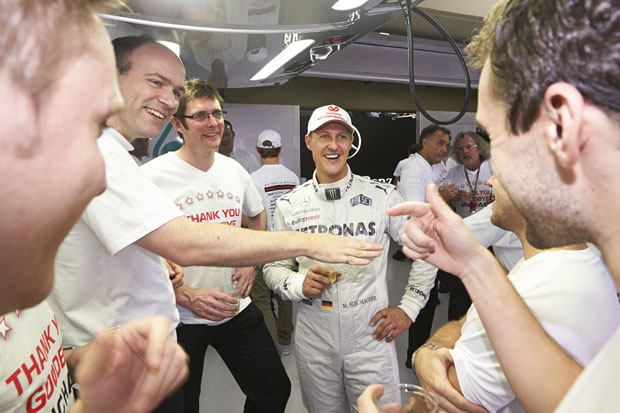 As I have said before, to me his real measure is not the 91 Grands Prix victories or seven world championships, but the fact that rivals aside, to date I’ve yet to meet anyone who has come to know him well and doesn’t like him.

Our thoughts are with his wife Corinna, his children, family and friends at this impossibly difficult time.

Read more from Andrew Frankel
Martin Brundle on Formula 1 in 2014
Get Norman Dewis a knighthood
Are car journalists ‘bought’?