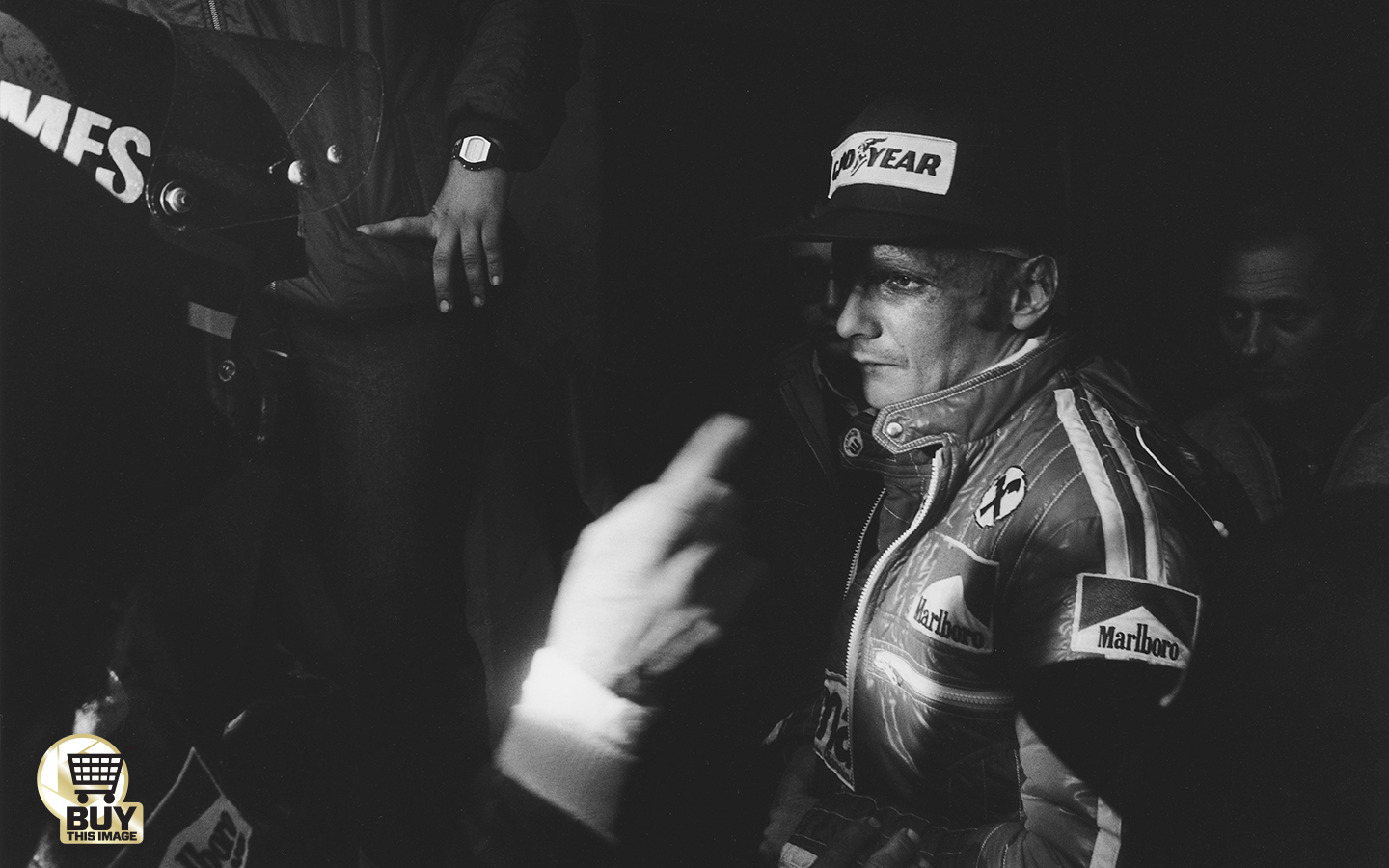 Monza’s tifosi was appreciative, too.

Some observers, however, were dismayed or disgusted by it: Dead Man Driving.

Even his team seemed embarrassed.

“Ferrari kept telling the world how they were behind me,” wrote Niki Lauda, “but, in private, they were at sixes and sevens.

“What I really needed from the squad was a sense of composure, a feeling of continuity, trust. From the inside, the pitiful insecurity of each and every one of them was palpable.”

Three was a crowd in a Ferrari garage filled with awkward silences. 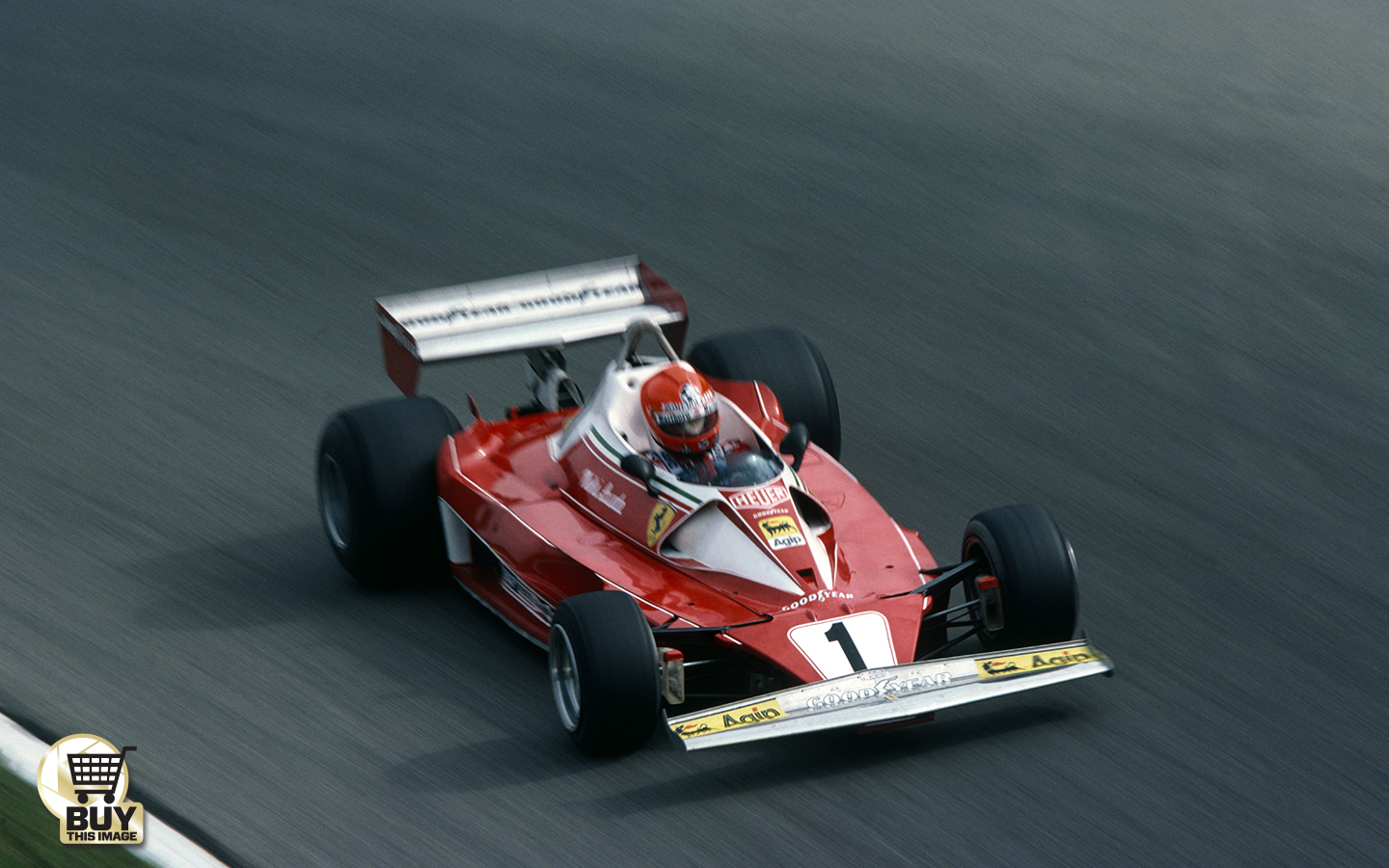 In the Scuderia’s defence, it cannot have expected its number one to return so soon after a near-death experience.

On the Tuesday after his accident at the Nürburgring, and with his oxygen level unsustainably in the red, Lauda had received the last rites.

Now, just 38 days later – and still in the lead of the Formula 1 World Championship – he was back at the wheel.

On the Wednesday after his accident his breathing had stabilised. By Thursday he was sat in a chair. By Friday he was talking about his return: “Lying in bed ruminating about the Nürburgring would have finished me.”

The Canadian Grand Prix on the first weekend of October was Lauda’s original deadline. But when he heard second-hand that Carlos Reutemann had been signed from Brabham to replace him, he brought it forward three weeks. 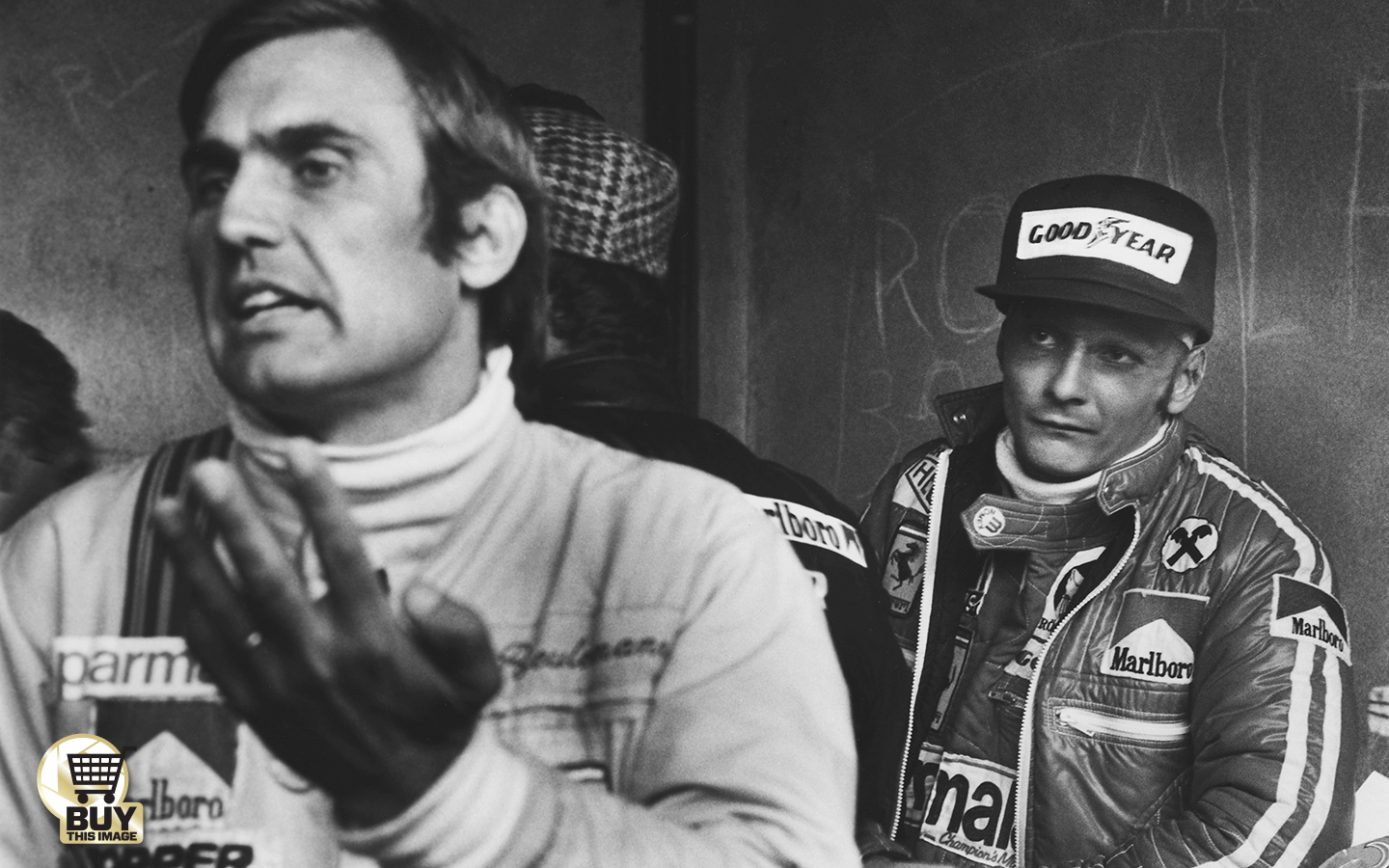 He couldn’t stand the moody Argentinian, whose whims and caprices were antithetical to Lauda’s dispassionate calculating approach.

The driver they nicknamed ‘The Computer’ – and now seemingly indestructible – was human after all. With his collar turned up and cap pulled low, and wearing sunglasses to protect against the glare of publicity at Monza, Lauda had underestimated the effects of the crash.

The fear, however, ran deep beyond reach.

Suddenly Lauda was hopped-up like James Hunt: jangling nerves, a pounding heart and all that a churning stomach brings.

Friday practice was wet and he used every excuse to escape the cockpit. “All my self-motivation theories flew out the window.”

He was scared rigid and driving accordingly,

He was in need of a reboot: “I had felt insecure and overreacted.

“Don’t put yourself under so much pressure, take it easy, drive more slowly. And that’s what I did.” 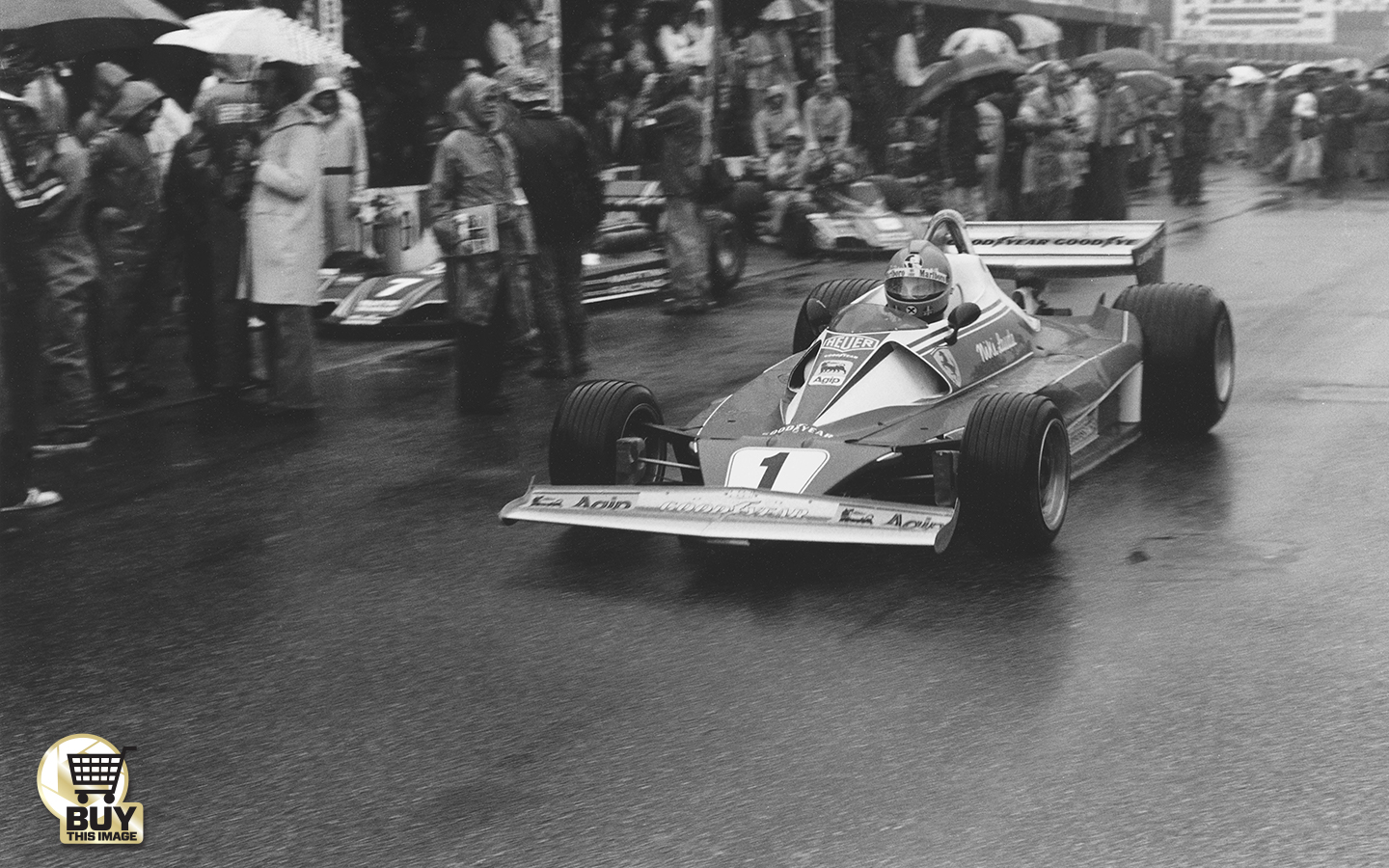 He qualified fastest of the three Ferraris on Saturday morning, three-tenths and two places ahead of Reutemann. That this was only good enough for fifth on the grid, however, confirmed his suspicion that the Scuderia had dropped the R&D ball in his absence.

It had been too busy politicking. Its bid to have the Austrian GP cancelled failed and the race was run without it. And it sent only one car, for Clay Regazzoni, to the Dutch GP.

During which time Hunt ‘The Shunt’ had driven like Lauda, finishing fourth and setting fastest lap at the Österreichring despite a damaged front wing, and winning at Zandvoort after a dice with John Watson’s faster Penske and despite a flapping front brake duct.

This had allowed the Englishman to close to within two points of his great friend and rival. But at Monza he reverted to type and suffered the consequences.

Despite his bad boy image, Hunt was fundamentally unsuited to being the bad guy and the hostile reception he and his team received in Italy clearly unsettled him.

He crashed on the first lap of practice on Friday and had his plea for abandonment shrugged away by a Lauda determined not to show weakness.

The McLaren man could do no better than ninth on the grid – but worse was to come: he was slung to the back when a fuel sample was declared illegal.

The Italian Mafia was gunning for the English Mafia. 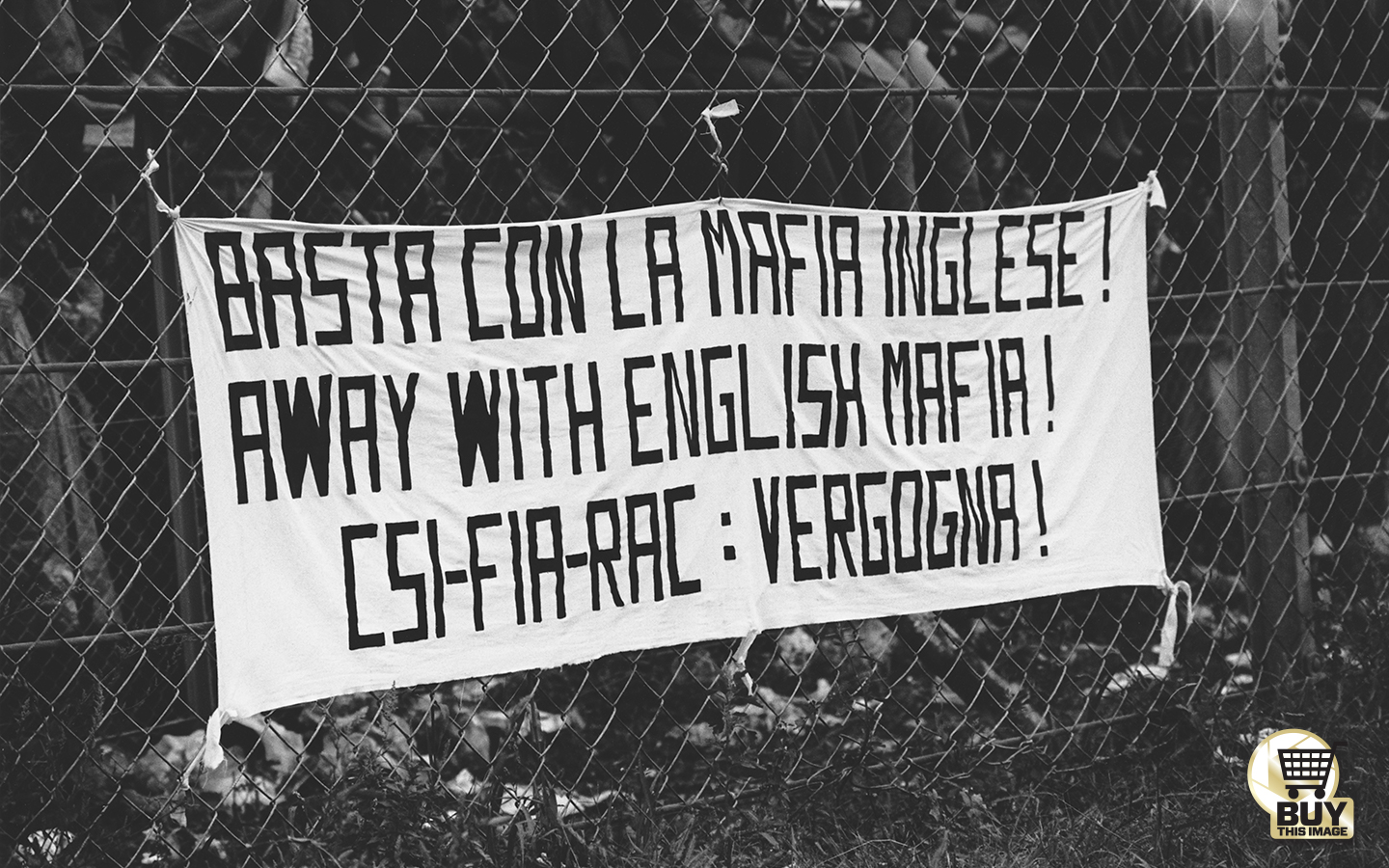 “They put me in jail on race morning to get rid of me and railroad the team,” says McLaren team manager Alastair Caldwell.

“In those days we just used five-star fuel from a local gas station. A lot of it turned out to be rubbish. I didn’t understand that fuel could meet the research number and still be rubbish. It’s the motor number that’s important.

“So Texaco built us fuel with a higher motor number and effectively far better.

“Ferrari cheated like mad and had two full-time lawyers. We didn’t even have a PR man to talk to journalists. We just had people like me who told them all to f*** off!”

A few weeks after the fact the testing process was deemed inadequate and McLaren was absolved.

The damage, of course, had already been done.

Driving high on emotion, Hunt tangled early with Tom Pryce’s Shadow and became beached in gravel. His walk back to the pits was accompanied by boos and jeers.

He was glad indeed to escape “the very heavy deal of Monza.” 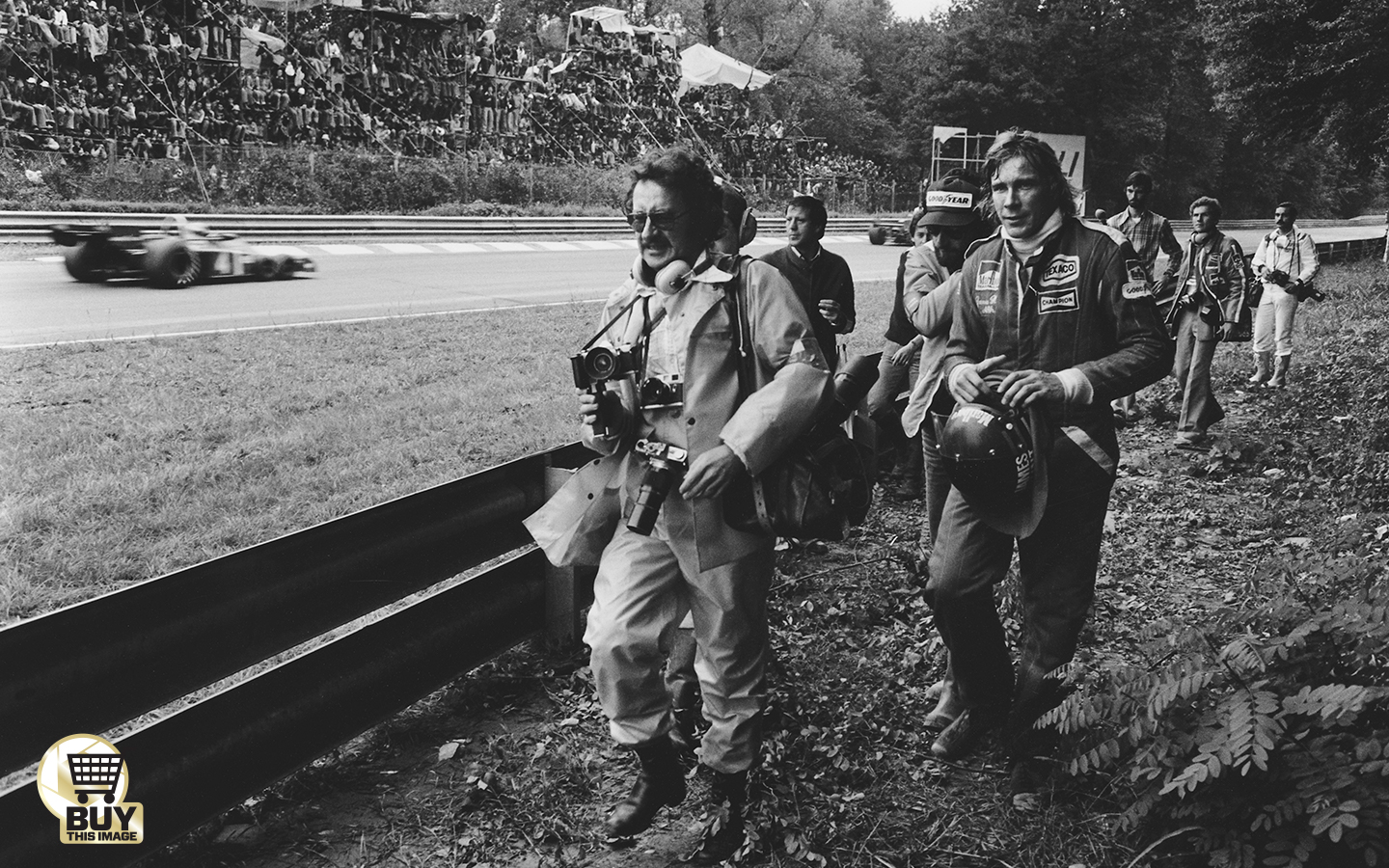 Caught in neutral while seeking in vain for a ’10 seconds’ board, he was 12th into the first chicane. He was soon ‘on the move’, however, and on lap 14 passed the March of local hard man Vittorio Brambilla for sixth place.

This became fourth in the latter stages when the six-wheeled Tyrrells of Patrick Depailler and Jody Scheckter faltered.

He removed his specially adapted AGV crash helmet to reveal a bloody balaclava and was too tired to answer the crowd’s calling for him.

Not that he would have gone in any case. He had no time for hysteria: one minute it’s for you, the next against. 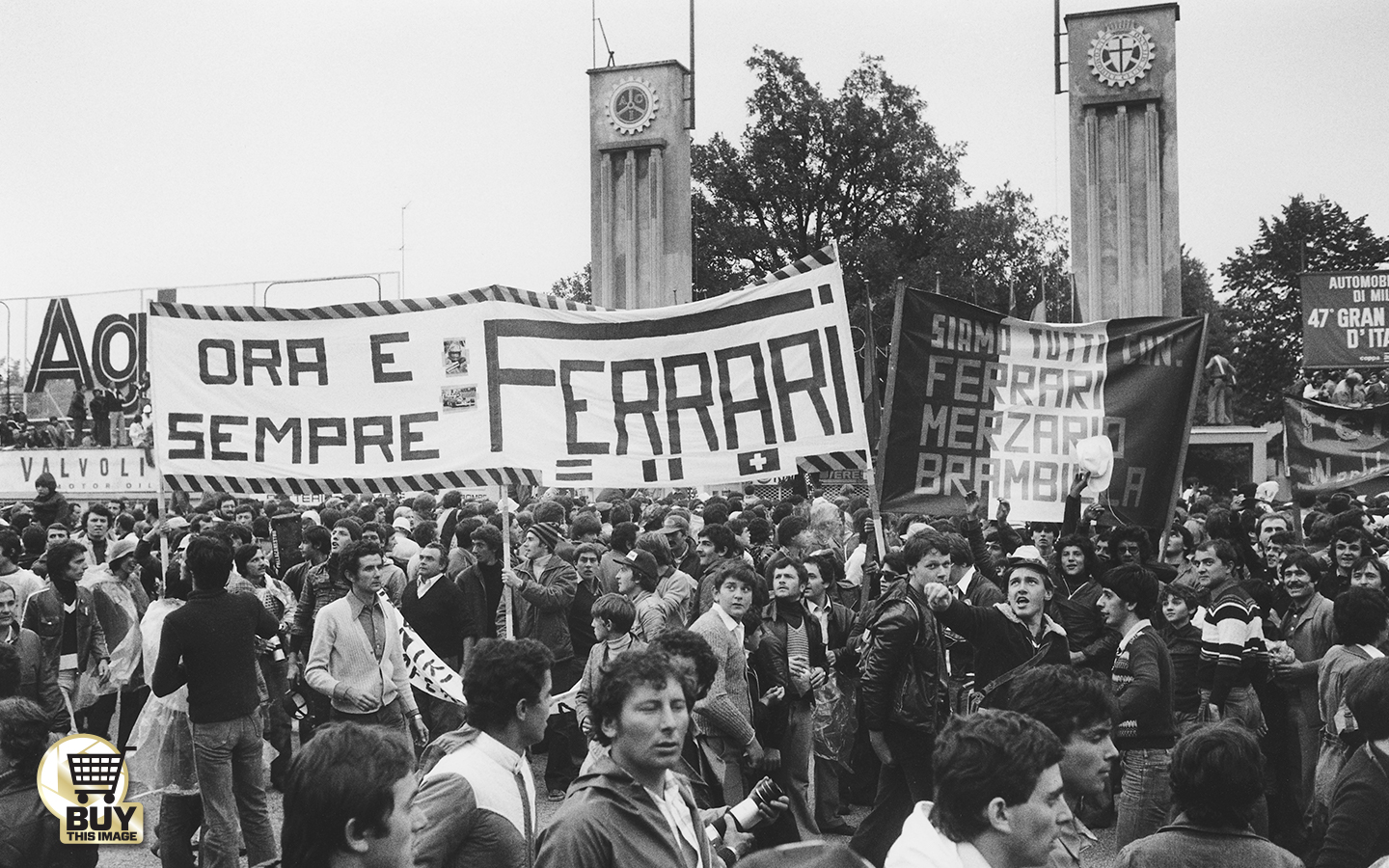 Its decision not to issue team orders to second-placed Regazzoni at Monza is the inaction that, in Lauda’s view, cost him the 1976 world title.

Though he would win the 1977 title with Ferrari, the relationship was over long before he told Enzo gleefully where to stick his lire with two races still to run.

“Tactics had taken precedence over trust.”