Without a doubt Charles Leclerc was one of the stars of the Spanish GP, qualifying fourth, cheekily passing Valtteri Bottas at the start, and then eventually finishing where he started as best of the rest – ahead of the Red Bull of Sergio Perez.

It was a superb performance of the sort we’ve come to expect from Leclerc, extracting the absolute maximum from a Ferrari that, while much improved compared to 2020, is not yet on the level of its main rivals, Mercedes and RBR.

As we head to Leclerc’s home race in Monaco there’s the tempting prospect that if team and driver get everything right in qualifying he could mix it with the frontrunners, and spring a surprise in the race.

The leap made by Ferrari since last year has been apparent since the start of the season. The Italian team has been locked in a battle with old rival McLaren, with their relative superiority over one lap and a race distance see-sawing from circuit to circuit.

“We know that Barcelona is difficult – if you’re doing well there, you may do well on many circuits”

In each of the first three races McLaren’s Lando Norris was the best non-Mercedes/Red Bull finishers, and thus Leclerc’s occupation of that position in Barcelona was a landmark.

In earlier events tyre management was an issue for the team, with Carlos Sainz in particular suffering. In Spain Ferrari was on top of the situation with both drivers, and Leclerc was backed up at the finish by his team-mate, who took a solid seventh place.

“I think that as Scuderia Ferrari we are pretty happy for the weekend,” said team boss Mattia Binotto after the flag. “I think we have seen what was our, let me say, objective, which was gaining points for the Constructors’, and trying to finish as high as possible. And I think fourth and seventh has been a good result.

“We know that Barcelona is a difficult circuit, and normally if you’re doing well there, you may do well on many circuits. I think overall the car has performed as expected, and not only in qualifying. 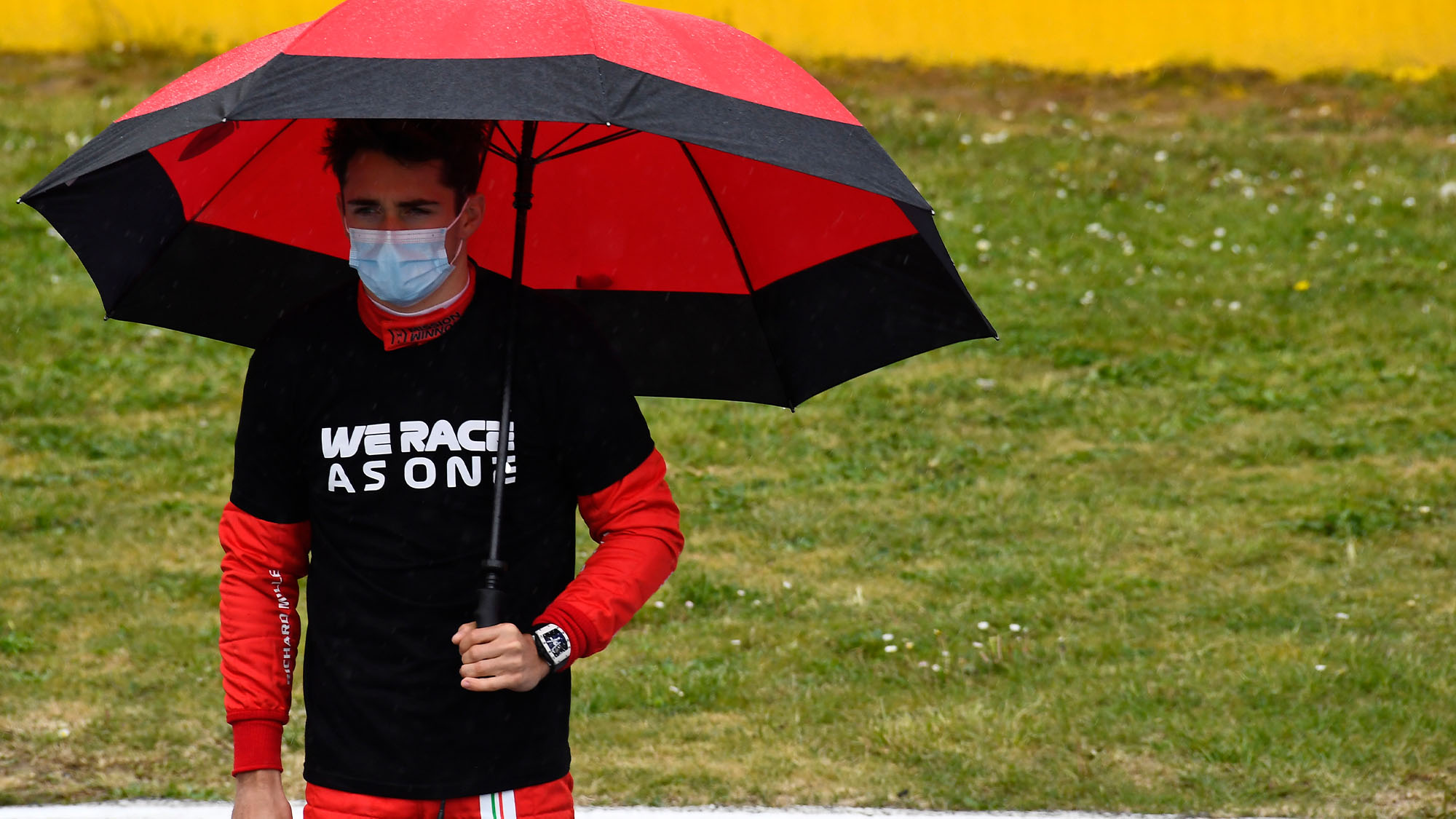 “I think [in the race] we had good pace relative to qualifying, and I think as well that both drivers did a good weekend.

“I think we’ve made a lot of progress, and that’s good to see. I think the team somehow has shown that they know they’re capable of addressing the weaknesses. I think compared to last year, we were lapped at the end of the race, at one point more than 1.5 seconds off the pole.

“So overall the team really addressed some of the weaknesses. I’m pretty pleased, because in the end I think it’s a great result from where we were last year.”

While Spain brought definitive proof in terms of the result, Binotto believes that Ferrari also had the quickest car at the Emilia Romagna GP, where his two drivers finished just behind Norris.

“I don’t think it’s the first time, I think that in Imola it was the case as well,” he said. “I think that Bahrain was very specific, because of the overheating of the rears. And I think in Portimao we made some mistakes with the overall tyre management. 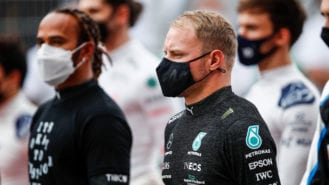 “But I think that here at least we were focused on that aspect, and we managed it well. I think finally it’s good to see in the race we have the pace that we have at this point.”

A lot of homework on tyre management made the difference: “Obviously when you are struggling such as in Portimão, there is always a lesson learned. It can be car set-up, car balance, the way you manage the tyres when on track.

In Spain Leclerc’s brilliant first lap pass of Bottas and subsequent defence was one of the highlights of the race.

“It wasn’t planned,” he admitted of the move. “I just saw the opportunity at the time when I was in the car, and I just went for it. It seemed to work fine. Anyway, I was trying to find a different line to Valtteri, because Valtteri was following Lewis.

“And when you are behind the car, you are losing so much downforce, and I was just trying to get offline. And then as soon as I saw that I had quite a bit of grip on the outside, I just went for the overtake. And it worked out pretty well.”

It was inevitable that he couldn’t stay ahead of the Mercedes, and an earlier pit stop for Bottas put the Finn ahead. The good news for Ferrari was that Leclerc was able to manage his tyres, maintain a strong pace, and stay clear of Perez’s Red Bull.

“I felt very good in the car today, everything came together,” he said. “I did a good start, on the first stint we managed well the softs, which was not easy, and then managed very well also the medium. We could have gone to the end, but we only stopped because we had a free pit stop to Perez, who stopped too.

“So very good management and a very, very good pace. It’s been a strong weekend for me overall, which was good to bounce back from Portimão, where I’ve been quite off on the Friday and Saturday especially, even though I had a good race too on the Sunday. But it’s good to have a strong end to the weekend here in Barcelona.

Regarding the impressive race pace in Spain he added: “Definitely in Imola we were very strong too. Bahrain probably I didn’t do a good job personally to keep the tyres as well as I could have done. Portimão on my side was quite good too.

“I don’t think there’s a big weakness like there was maybe a bit more last year on the race pace. I feel like this year it’s a lot more balanced, and we are actually stronger in qualifying and in the race. So it’s good.”

The 2020 season was a tough one for Leclerc, who lost some of the momentum that he built up with his superb performances in 2019. Driver and team kept faith with each other through the tough times, and that’s starting to pay dividends.

“We have been focusing on ourselves. Last year was definitely a difficult season to accept where we were. But I think the team has done a great job by accepting pretty quickly that we had done a step back, and then we’ve been working in the best way possible, I think, since that moment onwards.

“And this year we can see that just the team has done a great job by just making steps in the right direction.

“It shows that all the work that the people have made back in Maranello, and that we have done also here at the track, is paying off. And we can see it on the track.

“The road is still long, and we want to be fighting for the first positions very soon. But I think the way we work is the right one, and we are just doing a good job as a team. So we need to keep going like this.”

There’s clearly a much better atmosphere in the camp, with Sainz bringing his own brand of enthusiasm and keeping Leclerc on his toes. The two drivers are spurring each other on. 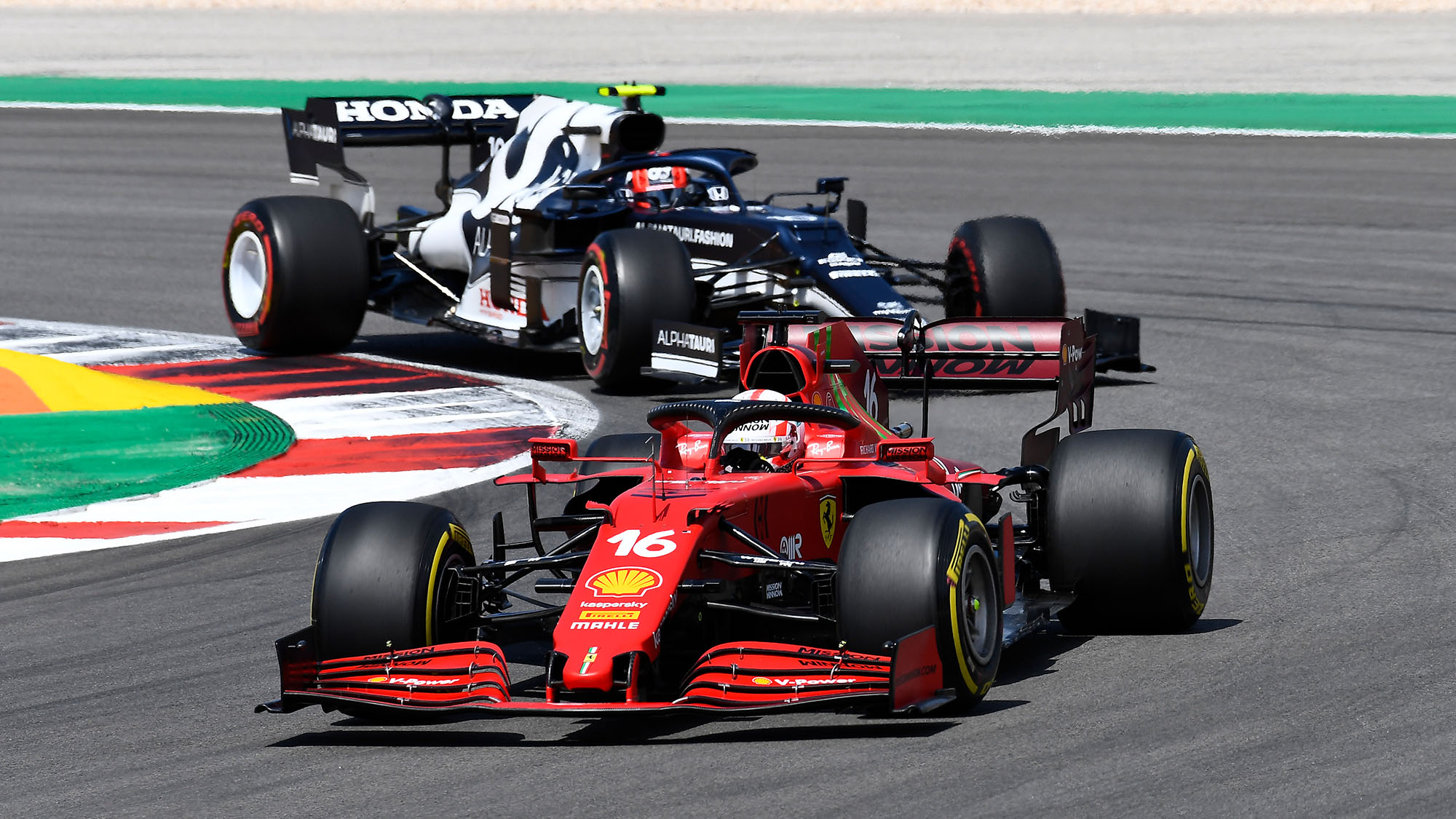 “And we are also asking the same things to the engineers, to have just a better car, which is also very constructive for the whole team. So we are in a good place at the moment, and we need to keep working on that.”

The third sector in Barcelona gives is an indication of potential Monaco form, as it highlights slow-corner performance. Ferrari had an edge over McLaren in Spain, and that suggests that the team could lead the chase of Mercedes and Red Bull.

Anything better than that could be down to good fortune and a little Leclerc magic. Thus far in 2021 he has logged two fourth places and a pair of sixths, and a podium on home ground would be a solid achievement.

“I’m really looking forward to Monaco,” he said last weekend. “Obviously it is a very special weekend for me, and a weekend where I have not been very, very lucky in the past.

“So I hope we can have a good weekend as a team. And also looking at the third sector [in Barcelona], we were quite competitive here. Of course, it’s different, but we seem to have a strong car, so hopefully we can be competitive at home, and have a good result.”