Charles Leclerc now knows the full range of emotions that come with driving a Ferrari in Italy. From the exultation, adulation and ecstasy of Monza 2019, to the frustration and deep disappointment of Imola last weekend.

That Monza weekend two and half years ago gave you goose bumps. I’d interviewed Leclerc for Autocourse at the end of his debut F1 season at Sauber, when it had been confirmed that he would be a Ferrari driver alongside Sebastian Vettel the following season. What, I asked him, had it felt like to have a signed Ferrari race contract in his brief case at the age of 20?

He looked down for a moment, then looked up again with a half grimace and said, “There’s something I want to say about that, but maybe shouldn’t…”

We’d already talked a little about his father, who I had met in ’88 reporting the Monaco F3 race, when Herve Leclerc had finished eighth, just behind Damon Hill. Charles had explained how they used to sit in their Monaco apartment on Sundays watching grands prix together, with Herve a great fan of both Ayrton Senna and Ferrari.

By the time Herve became terminally ill with cancer in 2017, Charles was a Ferrari Academy driver and dominating the Formula 2 championship. Herve had always wanted to see Charles race at Monaco but, four days before F2 was due in the Principality, he had gone into a coma. Just before that point, with both father and son knowing that time was short, Leclerc had falsely told his father that he had a signed Ferrari race deal for 2019, and witnessed a tear of emotion roll down his cheek.

Almost as soon as he’d said it, Charles had regrets. His Mum did not approve either. Herve Leclerc died less than a fortnight later, aged 54.

“My first thought when I did get the contract was, ‘I didn’t lie…’” 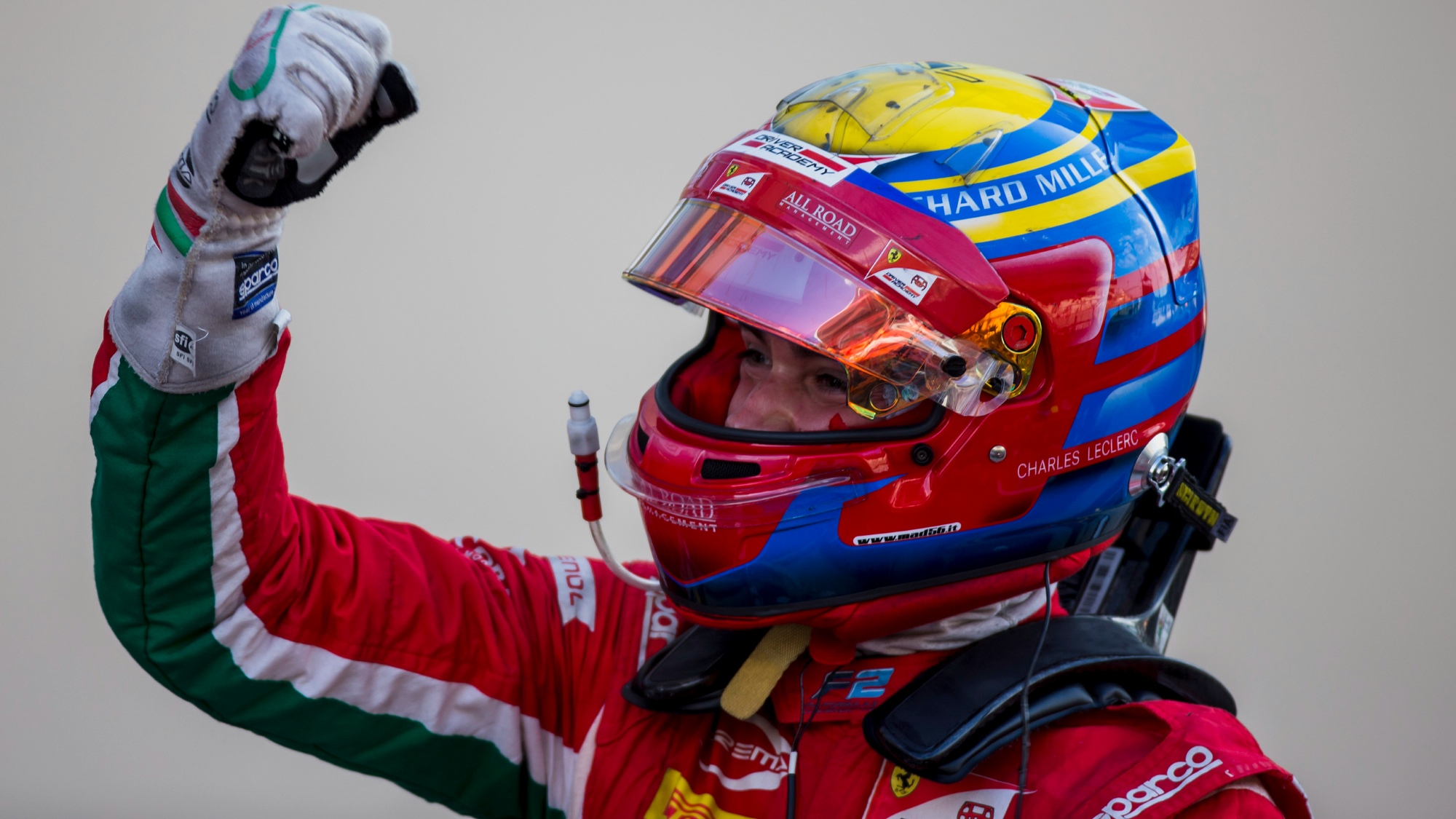 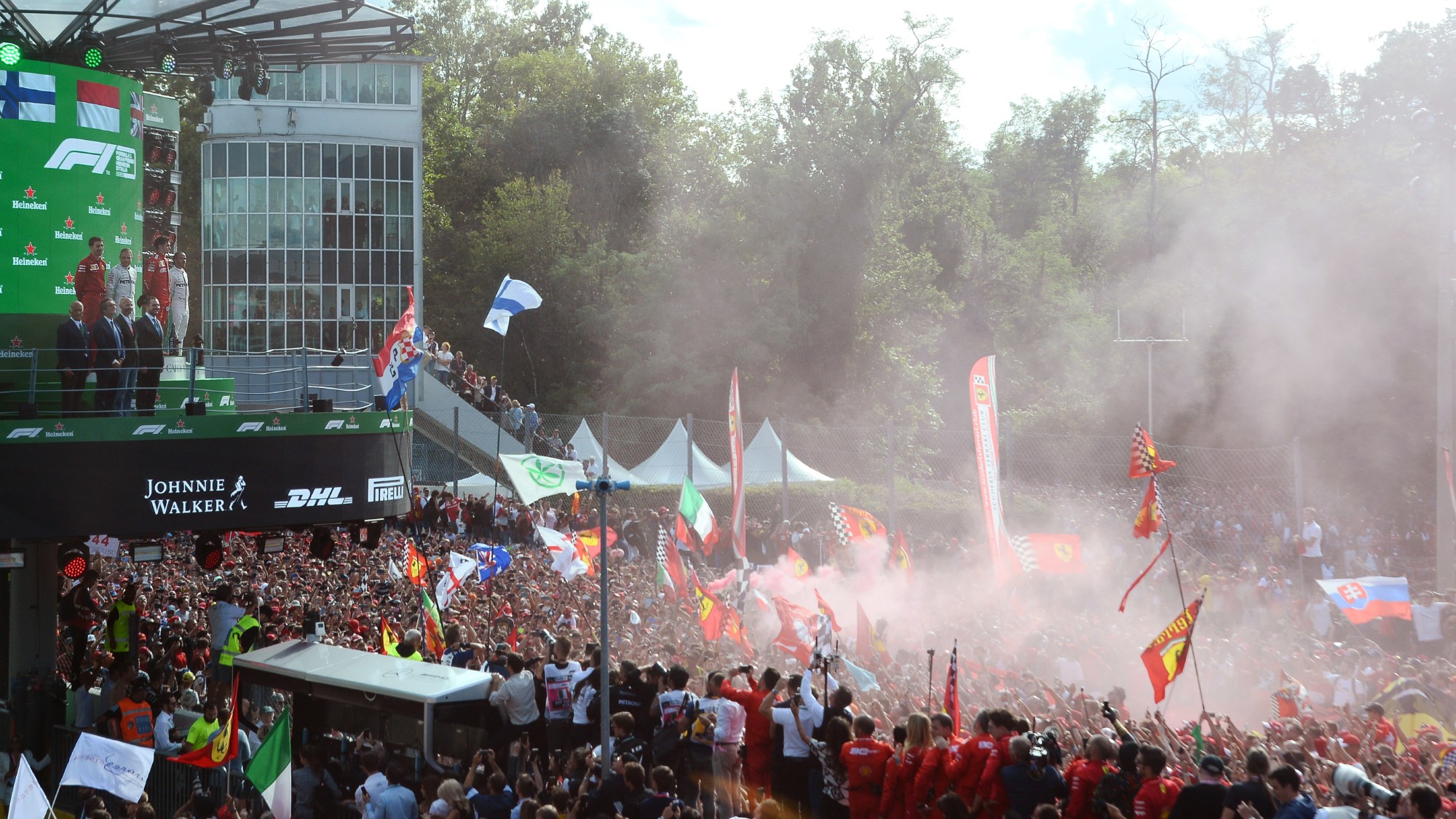 Atop the podium in front of the tifosi in 2019

One of the great iconic Murray Walker commentary moments came when Damon Hill clinched the ’96 world championship. Having been a friend of Graham Hill’s and witnessed his championships in ’62 and ’68, Murray knew the Hill story inside out, the travails that the family went through after Graham’s fatal air crash in ’75, and now, here was Damon having his life-defining moment and achieving his ambition.

As Hill took the chequered flag, Walker said, “And I’ve got to stop because I’ve got a lump in my throat…. I must admit, I’ve got a soft spot for Damon and it’s been magnified as a result of his achievements here.”

Ben Edwards was commentating for Channel 4 when Leclerc, at 21, won at Monza in front of the tifosi and the place went mad. That podium, the pit straight swamped with Ferrari fans after Leclerc had brilliantly resisted Lewis Hamilton to take his second win in seven days after Spa, was a sight to behold. One of sport’s great, great moments.

Amid it all, you couldn’t help feel the poignancy of Herve Leclerc not being around to witness it. It made you well up. A good job I’m not commentating, I thought… Ben, of course, did his usual superb job.

A striking thing about Leclerc is the humility that borders on self-deprecation. It has been that way from the start. Having dominated GP3 and F2, he came into F1 with Sauber in 2018 touted as a future Ferrari star and with much hype around him.

On his first couple of weekends, in Australia and Bahrain, there were a couple of incidents and he was narrowly outqualified by Marcus Ericsson who, with no disrespect to the Swede, was hardly viewed as the next Ayrton Senna, even if Sauber’s engineer Julien Simon-Chautemps viewed him as under-rated and one of the hardest working drivers he’d seen.

I remember talking to Leclerc ahead of round three in China and being struck by how candid he was. A Formula 1 car, he said, needs a different approach to his style in F2. “I have not adapted as well as I should have done but I’m getting there, hopefully soon. It’s my fault, not the team’s.” 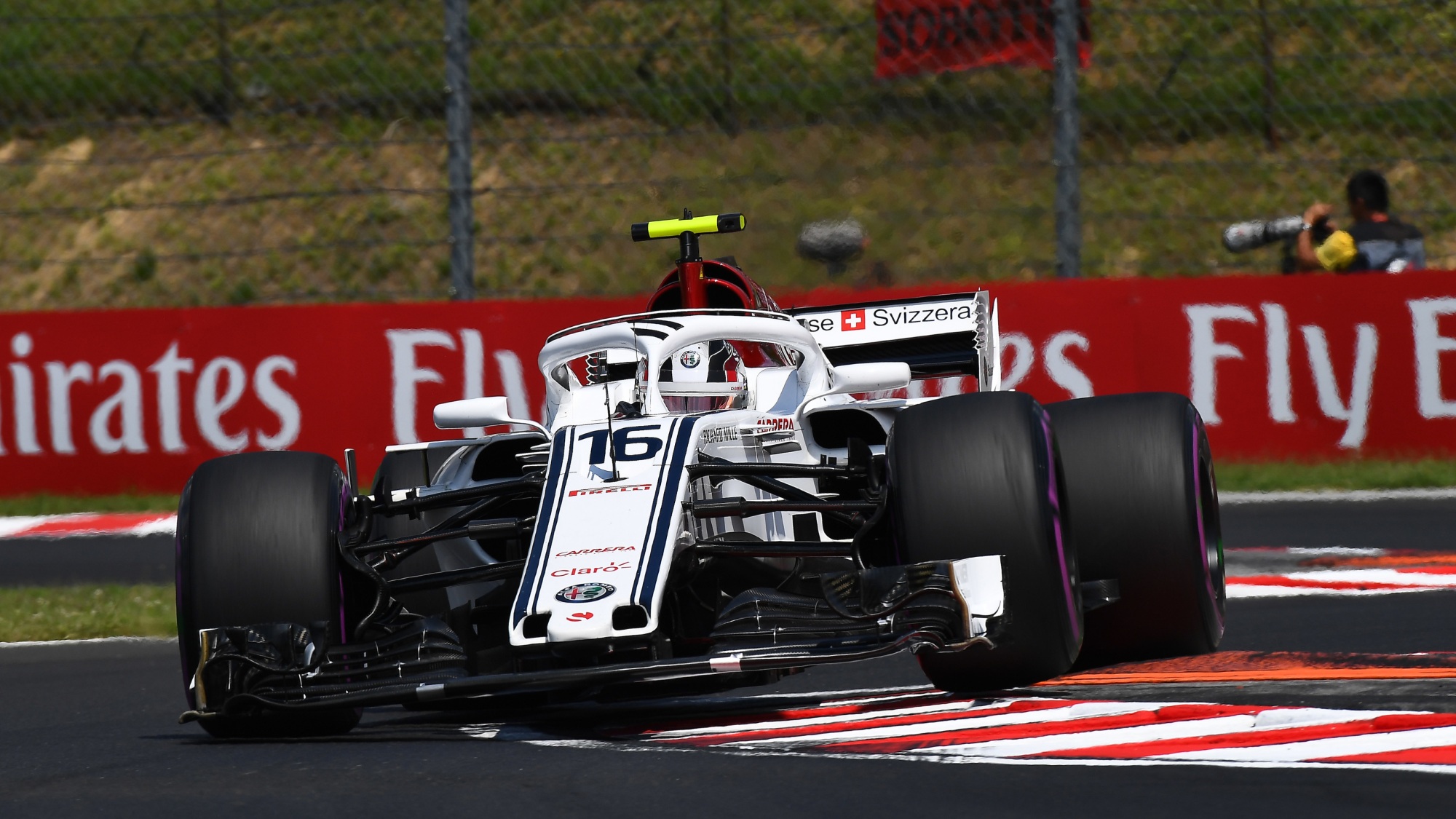 In Shanghai he qualified half a second clear of Ericsson and then, in Baku, a track he loves, finished an amazing sixth. From thereon in, he was superb.

“The kind of driver you get to work with every decade. A huge talent,” Simon-Chautemps said. Less than 18 months on Charles was winning for Ferrari at Monza and taking seven poles during the season, although there were question marks over Ferrari’s power unit. Then, sadly, came two years in which Ferrari was not at the races.

Imola last weekend, by contrast with that heady, sunny September afternoon at Monza, was the bottom of the emotional roller-coaster that is sport in general and F1 in particular.

“The spin shouldn’t have happened. I lost seven points that are valuable at the end of the championship”

After two wins in the first three races and a particularly dominant performance in Australia from Ferrari, the home crowd was expecting a win. Nothing less. Leclerc only boosted those expectations when he was 1.4sec quicker than the fastest non-Ferrari – Max Verstappen’s Red Bull – in the wet first free practice.

Across the weekend as a whole though, it was tricky to get a read on the respective pace of the Ferrari and Red Bull. Qualifying was hit and miss in changing conditions and when Leclerc got a better start than pole man Verstappen in the Sprint race, it looked as if he had the Red Bull under control until his front tyres degraded more, allowing Max to get a DRS pass done in the closing stages.

Getting beaten off the line by Sergio Perez on Sunday afternoon effectively neutralised Leclerc in the main race. Verstappen was able to give himself a cushion and the combination of Red Bull’s straightline speed, the absence of DRS for the first 33 laps and a single dry line into the Tamburello chicane, the track’s only realistic overtaking spot (with a nod to Valtteri Bottas’s move at Rivazza), meant that Leclerc was powerless to do much about Perez, to the disappointment of the home faithful.

With 15 points for third place the best outcome, it wasn’t surprising that Ferrari pulled the trigger and went for a late switch to soft compound Pirellis. Unless Red Bull followed suit it almost guaranteed the fastest lap point – a two-point swing if Leclerc took it away from Verstappen. And, if Red Bull responded, Leclerc would be that much closer to Perez and might get a DRS pass done to steal second. 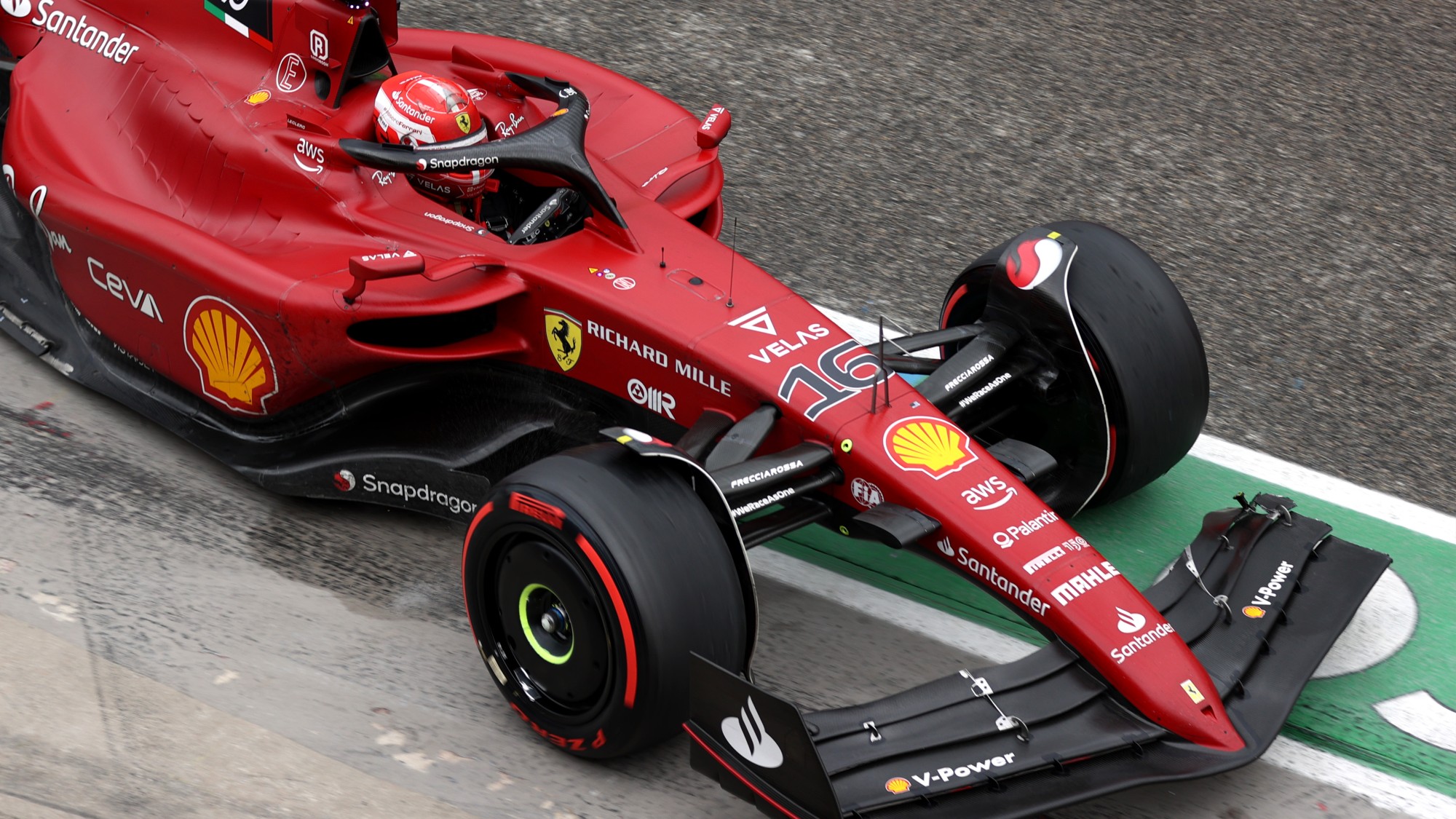 Red Bull did respond, with both cars. Some will question that strategy given that Leclerc was unlikely to get back on terms even with Perez, but the danger is always that if you don’t follow suit, a late-race safety car leaves you vulnerable on old rubber.

Leclerc detractors, and there’s not many, suggest he is still prone to the odd error and point to his spin at Curva Gresini to further their case.

Charles had been quicker than Red Bull through there all weekend, seemingly able to take more inside kerb, and on the lap in question was intent on getting to the DRS detection line shortly afterwards within a second of Perez while his new softs were still affording maximum grip. But he overdid it, spun and turned third place and 15 points into sixth place and eight points. And it could so easily have been zero.

The frustration at himself was palpable.

“I was too greedy and I paid the price,” he said in summary. “The spin shouldn’t have happened. I lost seven points that are valuable at the end of the championship, for sure. And it shouldn’t happen again.” 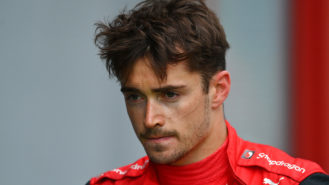 'I tried to push and it was too much': How Ferrari’s home race turned sour for Leclerc

What promised to be a huge weekend for Charles Leclerc and Scuderia Ferrari on home ground at Imola ended in huge disappointment for the team and its fans. Leclerc arrived…

Arguably, Ferrari may have been better served by leaving Leclerc out for a lap with his damaged front wing to gauge his pace, such was his advantage over fourth-placed Lando Norris. In the cool-down room afterwards, Lando, surveying the damage to Leclerc’s wing on a replay, figured that Charles would still have been able to lap quicker than him.

Leclerc, however, had already radioed in that the Ferrari “didn’t feel great” and you always risk a damaged wing failing and going under the car.

Unlike that glorious day at Monza, Imola was chilly and dank as the tifosi started to file home, their spirits similarly dampened. Charles had not been able to give them the result they craved but is still a narrow bookies’ favourite to do so come Abu Dhabi at season’s end.

While Ferrari doomsayers point out that Verstappen has never been beaten when he’s finished in 2022, that is just a stat anomaly. He almost finished in Sakhir and he wasn’t going to win that.

Leclerc, as ever, held up his hands and offered a balanced take: “We had the upper hand in Bahrain and Australia and Red Bull had it this weekend and in Jeddah. It’s very close and I think it will be like that to the end.”

Formula 1 could hardly be in a better place.