Charles Leclerc took his and Ferrari’s first pole in two seasons after a dramatic qualifying session in Monaco. The Monégasque crashed out on his final run moments before the end of Q3, red-flagging the session and preventing anyone else from setting a faster time.

Max Verstappen lines up next to him on the front row for tomorrow’s Grand Prix, some way ahead of title rival Lewis Hamilton who tagged the barriers several times, as he could do no better than seventh.

It remains to be seen if damage to Leclerc’s car will require a gearbox change, and subsequent five-place grid penalty.

The Ferrari pole wasn’t the only talking point of the session, as Daniel Ricciardo struggled and couldn’t make it out of Q2, while Fernando Alonso was a surprising exit in Q1. 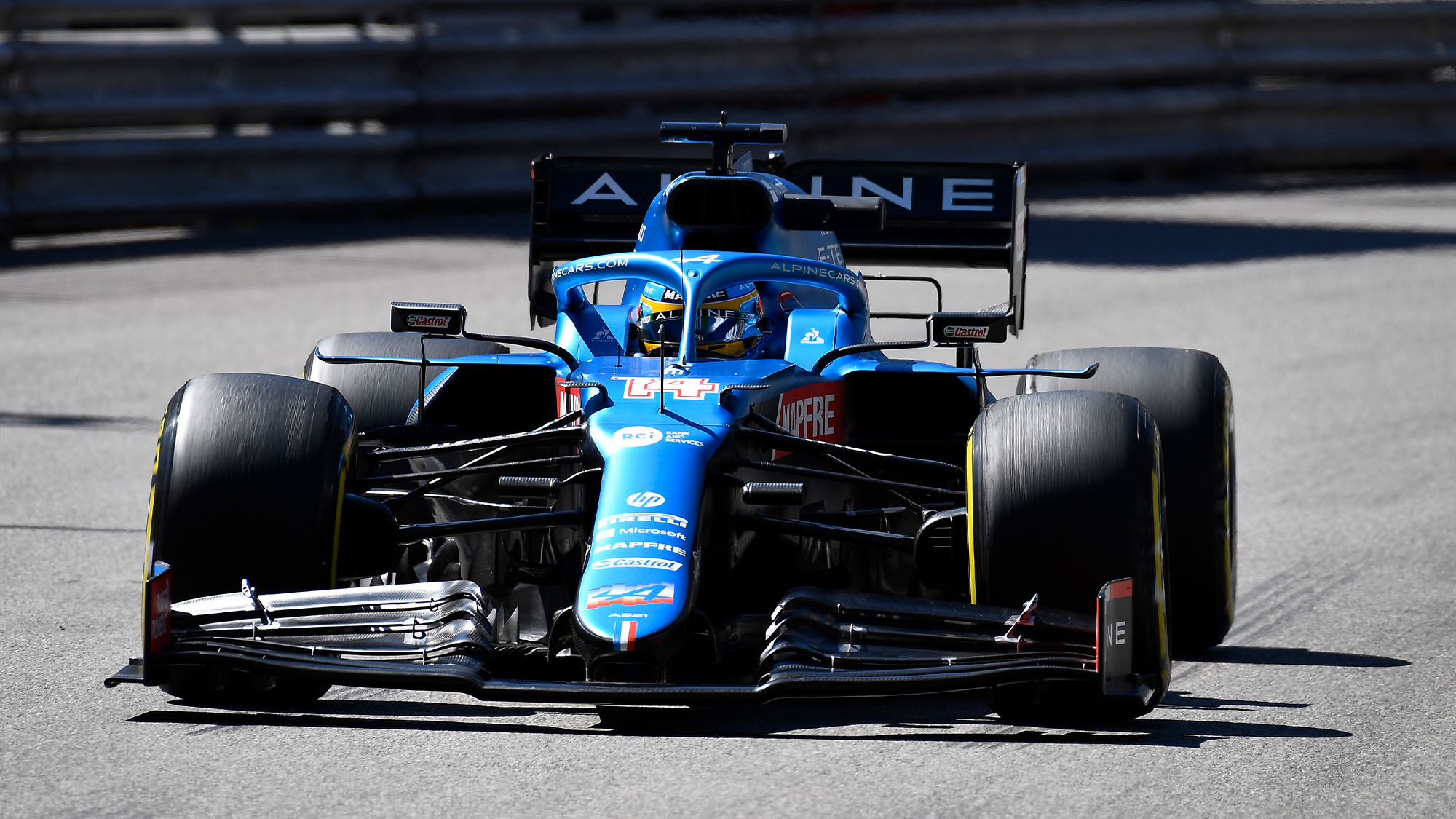 Fernando Alonso made his exit stage-left in Q1

Lando Norris initially topped the timing sheets on his first run with a 1min 12.676sec, before Carlos Sainz set the pace in his Ferrari with a 1min 11.341sec, almost o.2sec ahead of Red Bull’s Max Verstappen.

They were both then deposed by Valtteri Bottas and Charles Leclerc as the track gripped up.

That lap proved to be fast enough to carry the Finn to top spot in Q1.

The semi-shock exit of Q1 was Fernando Alonso, again failing to extract the performance needed from his Alpine in qualifying and thus exiting in the first session.

He wasn’t even fastest of those knocked out – that accolade was taken by Yuki Tsunoda, the Japanese rookie going 16th quickest in his Alpha Tauri.

Mick Schumacher was unable to take part in qualifying after crashing heavily in his Haas towards the end of FP3. 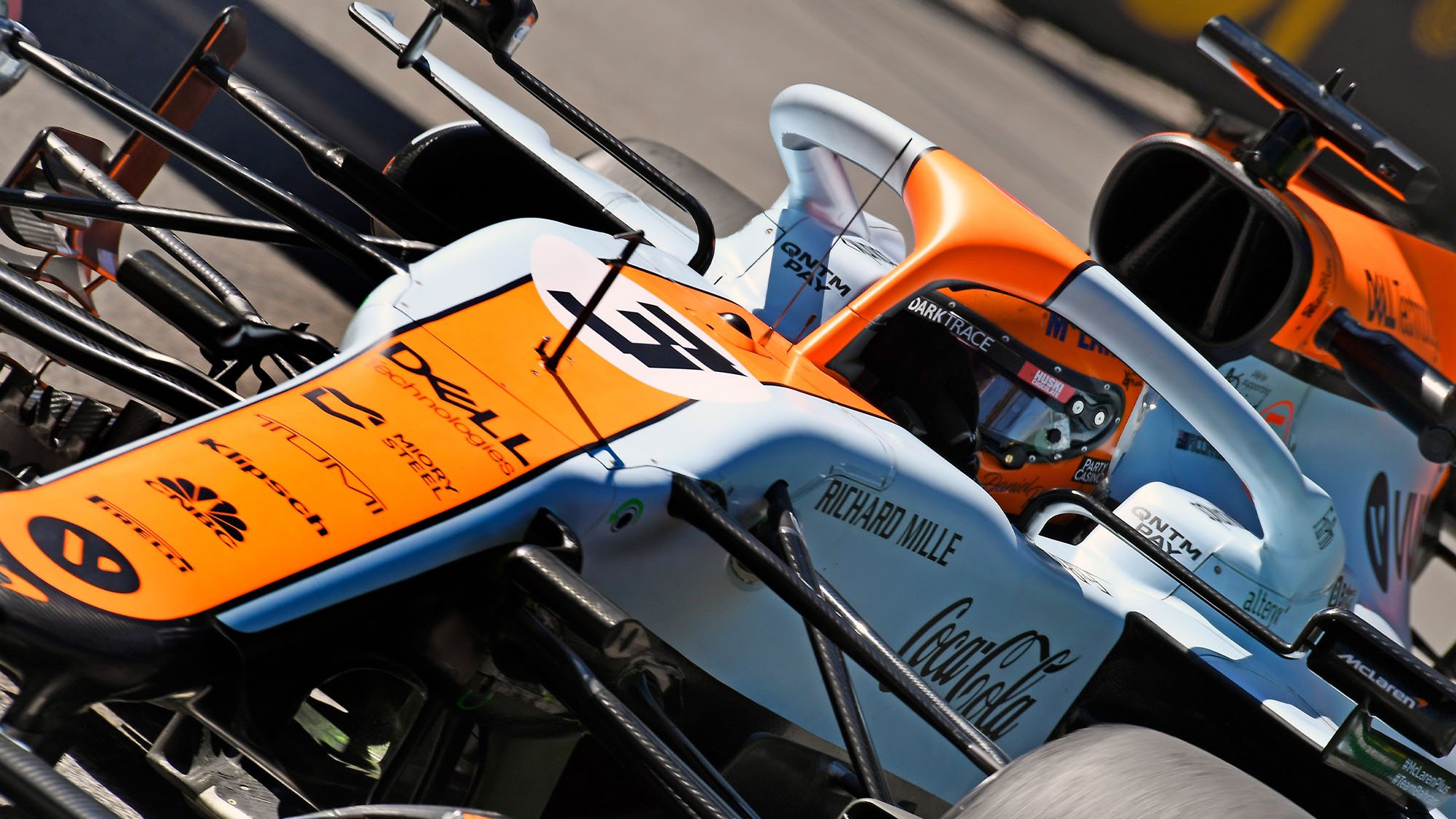 Ferrari again set the early session pace, with Sainz quickest with a 1min 10.806sec and team-mate Leclerc just 0.2sec behind him.

Lando Norris then impressed as he inserted his McLaren into a Scuderia sandwich, before Max Verstappen set a time of 0.165sec faster than Sainz’s. Eventually Leclerc was quickest in Q2 with a 1min 10.597sec.

Ultimately it was Daniel Ricciardo who was the big name to exit as he couldn’t manage better than 12th, two tenths down on an impressive Antonio Giovinazzi who got into Q3.

Esteban Ocon was between them, with Lance Stroll 13th.

Kimi Räikkönen was 14th after showing initial pace in his Alfa, whilst George Russell could manage no better than 15th after dragging his Williams into Q2.

Max Verstappen put his car top of the timesheets early on in Q3 1min 10.576sec before an incredible middle sector from Charles Leclerc allowed him to set a time 0.2sec faster.

The round of second runs was eventful to say the least, as various cars tagged the barriers as they struggled for grip.

Ultimately Leclerc’s time was good enough for pole as he ended up crashing out when trying to set a faster time right at the end of the session. 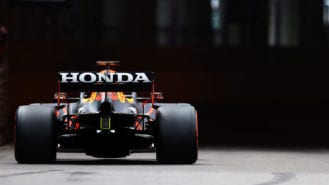 Mercedes and Red Bull are at loggerheads over the 'bendy wings' rules, and other teams have been affected – Adam Cooper looks at how the row is raging on where to draw the line

Both Verstappen and Bottas might have set faster times but were thwarted by the resultant red flag.

Pierre Gasly was a creditable 6th for Alpha Tauri, as Hamilton was a frustrated 7th.