The grass may seem greener at Ferrari, says Lewis Hamilton, but the recently crowned F1 champion knows that’s not necessarily the case 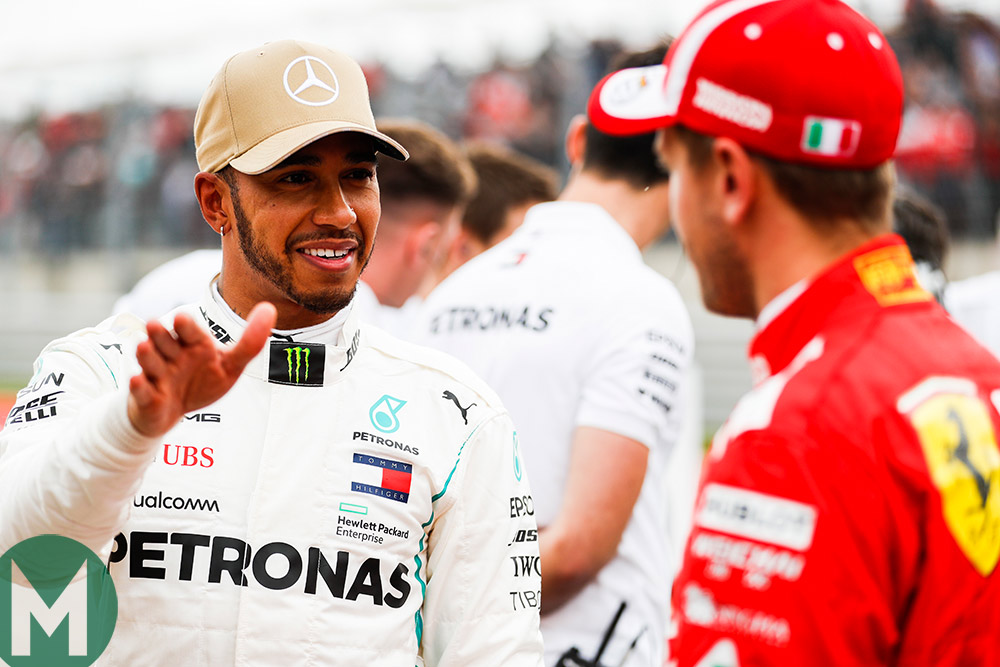 Even though Lewis Hamilton extended his Mercedes Formula 1 contract until 2020, the five-time champion still gets asked about Ferrari.

“I always [compare] it to being in a relationship,” he said at the FIA Gran Turismo World Championships event in Monaco.

“You have this amazing relationship, but there’s this beautiful woman over here who looks fun but not in the long term, so you stay in this relationship. That’s how I feel.

“Red is actually my favourite colour, I have a lot of red cars, but it’s not about the colour of the car, it’s about the team.

“There’s 2000 people in that team [Mercedes] who support you and when you arrive at the factory the feeling is incredible.”

He added that he feels his status in the sport is safer with Mercedes than it would be Ferrari.

“The great thing about when you leave Mercedes, when you stop, you’re always part of that history.

“When Michael [Schumacher] left Ferrari they kind of stopped talking about him. And then he joined Mercedes. And he’s still part of Mercedes’ legacy even though he was there for a [shorter] space of time.

Being at Mercedes also means Hamilton has realised something of a childhood dream: seeing his car in Gran Turismo. But it wasn’t perfect from the off…

“It’s a real honour for me. The first time we drove the Formula 1 car in the game it had so much front end [grip] and not enough on the rear – and in my mind I was thinking of changing the brake balance and going into the settings!

“It was just a great experience to be able to see if we could make it work and if we could get the best feedback possible and if we could get a realistic feel for what a Formula 1 car is like. It should be the fastest car in the game, and if you can do a faster time in another car then something’s not right…”

Hamilton admitted he is a keen gamer, preferring even Gran Turismo on his Playstation to the Mercedes simulator.

“I use Gran Turismo Sport way more to practice during the winter. So my preparation for 2019 is to practice on this game. Me and one of my closest friends have spent hours trying to get close to each other’s times. I literally evolve my braking points and turning points and adjust brake balances – there are so many things you can adjust.”

More: Hamilton on rivals, religion and how the 2018 F1 title was won