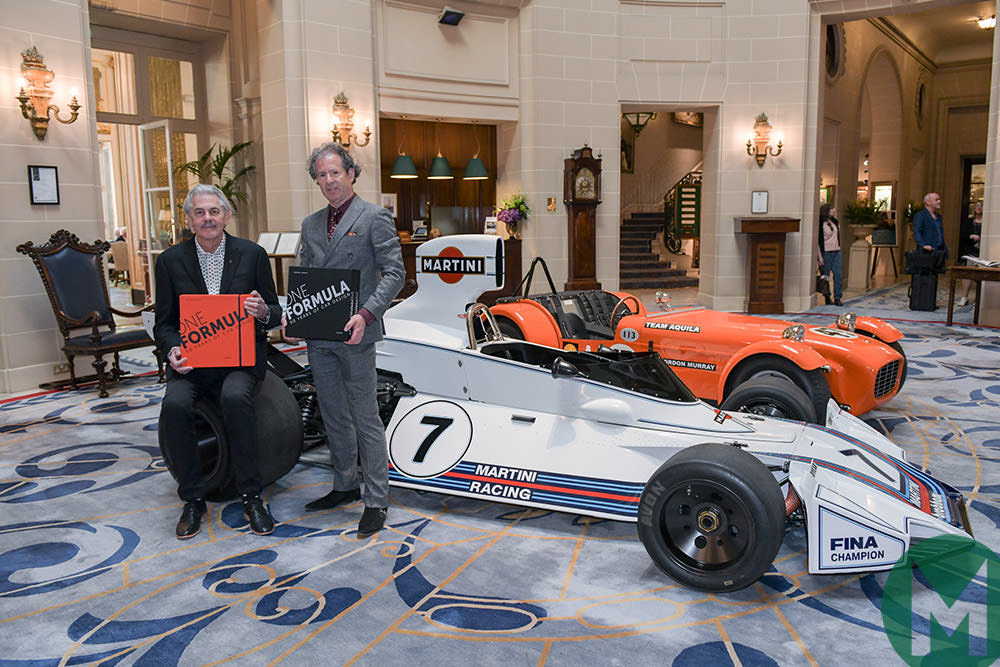 Interviewed on stage by Philip Porter, his co-author and publisher, Murray said people had been asking him to write his story for years, but he always wondered “I’ve been too busy. When do you do it?

“I think the best time would be just before you died so nothing gets left out!”

Despite a plethora of current projects on the stocks including a new HQ, a range of production projects and a new small supercar, Murray finally sat down to the book two and a half years ago after organising a private exhibition to mark his half-century career. Although that show was private, he has now made an online version available.

Intended to be under 300 pages, the two-volume book instead runs to over 900 and lists every one of his 82 car designs so far – even the unbuilt “ghosts”.

“In fact there are cars in there I don’t even recall designing,” he laughed.

“It was especially hard because I have kept every single note, drawing, sketch and photo I’ve ever done,” he said. “So the problem was what to leave out.”

After comparing his early years at Brabham, where owner Bernie Ecclestone kept a tight rein over expense and Murray did everything from detail design to packing the trucks, with the shock of big staff and bigger budgets at McLaren, the designer selected his “simple and successful” Brabham BT49 as a favourite racing car.

Despite re-writing the supercar brief with the amazing F1 road car he chose the simple, angular Ox off-road truck as his most significant design.

“The F1 was a peak of supercar design for a handful of people. When it goes into production, the Ox will radically affect the lives of thousands of people in Africa and Asia,” he explained. “It’s cheap, it out-performs four-wheel-drive vehicles despite being two-wheel-drive, and it can be delivered flat-packed.”

Asked what he’d like to do to ‘fix’ Formula 1, Murray said “Some years ago Motor Sport magazine asked me for some open rules and a car design for an ideal F1. Look it up. My view hasn’t changed since.”

His call for less aero, slimmer tyres, simpler non-hybrid power and more design freedom has been heard often since – and we’re still waiting.

In front of screens displaying many designs from his versatile mind, from unbuilt supercars and a Midas kit car to his neat Brabham pit trolley, the versatile designer, recently made a CBE, talked of the many grand prix drivers he worked with.

Selecting Ayrton Senna as probably the fastest, he spoke of the Brazilian’s utter commitment to constant improvement but went on to pick Nelson Piquet as a special pleasure to work with. “He hung around my drawing board saying ‘why did you put that there?’.  Probably slowed the design time by 30 per cent, but he knew what every element was doing.”

Promising an update on the new lightweight supercar soon, as well as a range of production projects, Murray closed by musing on when he’d be ready to write volume three.

One Formula – 50 years of Car Design is published by Porter Press at £225. Buy it on the Motor Sport shop.

In the July 2019 issue of Motor Sport, we will be running an extract from Gordon Murray’s new book. Subscribe now so you don’t miss an issue.