Comparisons aside, Hamilton’s fifth title proves yet again he’s among the best of all time 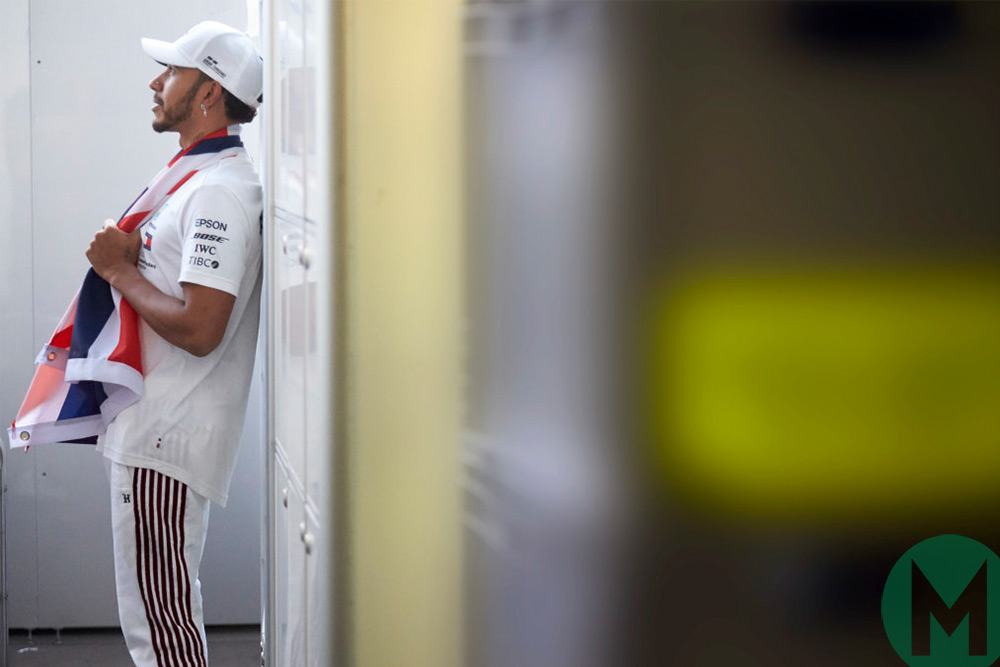 It’s almost inevitable that Stevenage’s fastest export will henceforth be mentioned in the same breath as Formula 1’s hitherto most decorated drivers, but title statistics are too simplistic a gauge.

Stirling Moss didn’t win one, Jim Clark collected only two and the world championship had still to be conceived when Tazio Nuvolari was in his prime, but it would be fatuous – not to mention plain wrong – to suggest that they were somehow inferior to the trio first mentioned.

Hamilton can justly be compared only with those against whom he has raced. He missed prime-era Schumacher by a season, and competed only against the lesser Mk2 model, but has nonetheless been active during an age of significant strength in depth. You could argue that none of his titles has been acquired at a time of peak competitive intensity.

Following a stellar junior career – post-karting, he won championships in Formula Renault UK (2003), Euro F3 (2005) and GP2 (2006) – he went shoulder to shoulder with Fernando Alonso at McLaren and proved to be his match within a couple of Grands Prix. It remains a statistical blip that neither McLaren driver won the title in 2007, the pair finishing level – a point shy of champion Kimi Räikkönen – after a campaign scarred by political in-fighting and the ‘Spygate’ row. Had Ron Dennis been inclined towards team orders for the sake of securing the title, Räikkönen might not have become a factor. But…

Yes, he’s usually had the best car since 2014 but how many contemporaries could have driven it with such conviction?

In some ways Hamilton’s rookie campaign was more impressive than the title conquest that followed. Felipe Massa is unlikely ever to be catalogued as one of racing’s all-time greats, but in 2008, at the helm of Ferrari’s F2008, he had his year of years. People regard the final corner of the Brazilian Grand Prix as pivotal, when Timo Glock’s dry-shod Toyota was unable to get purchase on a soaking track and Hamilton was able to steal through on wets to secure the fifth place he needed, but Massa had also been undone by mistakes in the opening two races of the campaign and a late engine failure in the Hungarian GP, an event he had hitherto dominated. He won six races, Hamilton five… but that was still enough for the Englishman to secure his first title after a campaign during which both committed errors.

In the paddock there was a feeling that this might open the floodgates, yet the balance of his McLaren career never quite matched expectations. It wasn’t Hamilton’s fault that McLaren’s first KERS-equipped chassis – the MP4/24 – was something of a laggard, yet still he salvaged a brace of wins at its helm.

The following three seasons coincided with Red Bull reaching full maturity as a competitive force – complemented by an ultra-strong line-up, in Sebastian Vettel and Mark Webber – while Fernando Alonso switched to Ferrari and Jenson Button came on board at McLaren.

Some imagined Button would be destroyed alongside Hamilton, but they clearly hadn’t been paying attention for several years. Hamilton might have a wider improvisational range, but within his own narrower window of operation Button was devastating – and arguably faster than any rival. Hamilton scored 10 victories in three years to his team-mate’s eight, while Button was more consistent and outscored Hamilton by 15 points.

McLaren’s 18 wins in that period might look respectable… but Red Bull notched up 28.

There were times, too – particularly in 2011 – when Hamilton appeared distracted, several laps behind his A-game. It was during the course of this season that a McLaren insider whispered, “Every time Lewis has an argument with his girlfriend, he seems to go missing for a couple of races.” Button was second to Vettel in the championship, Hamilton only fifth.

But if there were developing fissures in a relationship that stretched back to his days as a karting prodigy, the cause wasn’t singular. There was perhaps a telling moment during the 2012 Singapore GP, which Hamilton had controlled from pole until his gearbox stranded him in neutral: as he strolled away, arms crossed behind his back, he turned back to look at the track a couple of times, as though deep in thought. McLaren was confidently expecting him to put pen to paper on a fresh contract any day soon, but was this when he decided that he’d perhaps listen more intently to overtures from Niki Lauda at Mercedes?

I don’t know the answer, but his transfer was confirmed a few days later.

That first season at Mercedes was transitional – the last of the 2.4-litre V8 era and Red Bull’s accompanying supremacy – but, apart from Ferrari occasionally stirring from its self-implosive tendencies, Mercedes has been so far clear of the rest during the hybrid age that it has often been hard to measure Hamilton against anything other than the standard of his own performances. Which, for the most part, have been exemplary.

Mercedes has permitted him freer rein than McLaren ever did. His former employer once requested that he tank-taped his shoulder, to mask a fresh tattoo, but lifestyle choices haven’t triggered much debate in recent times, leastways within the paddock. So long as he is present, fit and ready, at the dawn of each race weekend, that’s fine – and a happy Hamilton is an effective Hamilton.

Since 2014 he has occasionally been outpaced by a team-mate – far more so by Nico Rosberg than Valtteri Bottas has yet managed – but overall he has been devastatingly quick, consistent and immune to serious error. Yes, he’s usually had the best car – something that was likewise true of such as Fangio and Clark, without the fact ever diluting their majesty – but how many contemporaries could have driven it with such conviction?

Does Hamilton stand comparison with the other five-times world champions? It’s immaterial. Does he merit classification as one of the all-time greats? Absolutely.