Formula 1 champion Lewis Hamilton spoke about his retirement plans, strongest rivals and a potential contract to Mark Hughes, from the January issue of Motor Sport 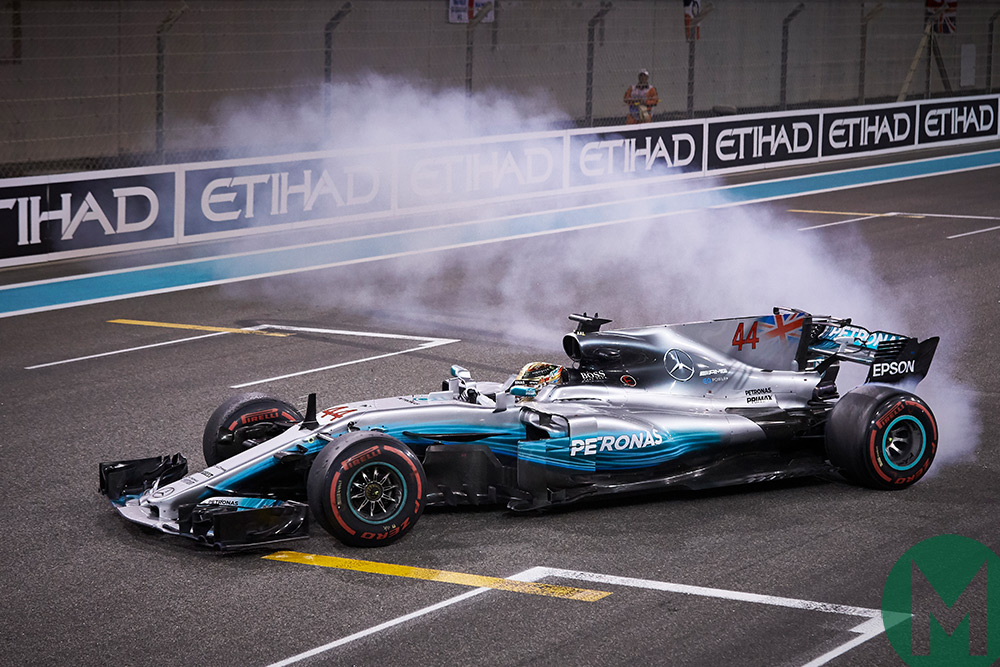 One day into the postseason and there’s been no abdication from the king just yet. But world champion Lewis Hamilton has admitted he is already thinking about his post-Formula 1 career having wrapped up his fourth title this season.

“My thoughts about it change like the weather,” he told Mark Hughes in the January 2018 issue of Motor Sport. “It’s about trying to find the balance. I’ve currently got another year with the team and I do want to continue, but I’m at that point where there’s that nagging question: ‘If you leave you’re gonna miss it – next year, five years from now, you’ll miss it.’

“I was talking to my best friend the other day about things that I look forward to, like living in one place, getting a routine, seeing my friends and family. Each year I stay in the sport I delay those things. “But from 40 onwards there’s so much time for it. My auntie died from cancer. On her last day she said: ‘I’ve worked every day with the plan of stopping one day and doing all these different things [and] then I ran out of time’. So I have that in the back of my mind, so I do live my life day by day and try to live it to the maximum. That’s what I’m fighting with – I want to keep racing but I want to do other things too. I want my cake and I want to eat it.”

Yet a new three-year deal is believed to be under discussion, which would take him to the age of 35. He’d still be one year younger than double world champion Fernando Alonso is now, who’s driving arguably better than ever and that hasn’t been lost on Hamilton.

“Fernando is the toughest there is, you need the utmost respect for him and really have to play your cards right. You can race physically closer with him it would seem. His racecraft is mighty. Max’s racecraft is very impressive – he’s doing wonderful things and is going to grow so much. The four strongest drivers I think are me, Fernando, Sebastian, Max. I really hope we are all in the fight next year. You look at them all slightly differently, they all have different characteristics. Sebastian from this year, I could say I need to give him more space. Not in a negative way. Max takes a lot of risks – also you have to give him more space. It won’t be a problem – it’ll just be freaking tough. What a contest. Even I’d pay to see that!”

Hamilton added that he and the rest of the grid should be involved more with the major decision making, having foreseen the problems with the new-for-2017 cars of difficult overtaking. Though he admitted the cars are better to drive.

“They brought exactly what I expected in that the racing was worse. But in terms of driving they’ve been a big step in the right direction, more enjoyable.

“They know the issue and I think they should utilise us and speak to us. Some of these guys on the board haven’t driven an F1 car and don‘t really feel why it’s so hard to get past. Another step like this would be good – bring some of the noise back. There are some great qualities but we need to put better bits in.”