Lewis Hamilton says that he will be able to get involved with running Chelsea if his consortium is successful in buying the football club.

The seven-time F1 champion said that he was approached by the Sir Martin Broughton-led group to invest in the bid, revealing that the excitement of being part of the team was the main attraction, along with the hope of a return on his reported £10m investment.

Answering questions at a press conference ahead of this weekend’s Emilia Romagna Grand Prix, he said that there is a lot of work needed to improve diversity and inclusivity in football — a cause that he has led in F1.

Hamilton described his love of football from childhood – fondly recalling collecting stickers to fill albums as a child and his hopes of making a career in the sport with Stevenage FC.

He explained how his sister urged him to support Arsenal, but said that he also had a connection with Chelsea thanks to his uncle who was a fan. 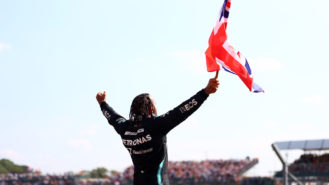 Lewis Hamilton's staggering win count leaves him far in front of other F1 champions – but do his stats prove him to be the best?

“It’s what excited me as a kid. I remember collecting all the stickers… you could go down to the store and get those books. I remember filling all those up as a kid and and trading them for pennies, trading sweets with other kids for the most valuable cards.

“I could have only ever dreamed of being part of a team and an actual integral part of a team. So that’s for me the most exciting thing.”

Tennis champion Serena Williams is also involved in the bid and Hamilton said that he had discussed it several times with her; both were approached by the consortium. 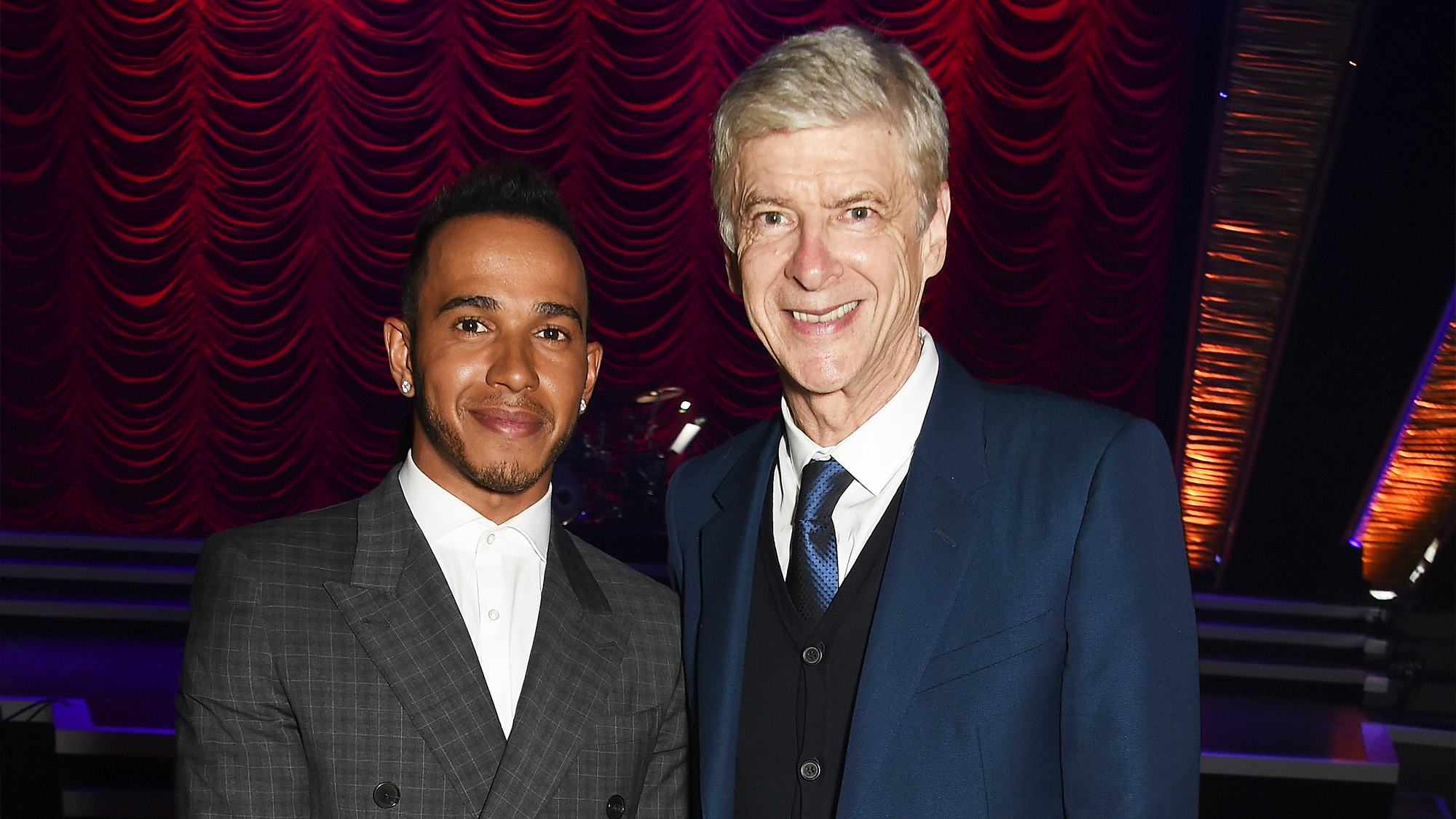 Lewis Hamilton was invited to train with Arsenal by Arsene Wenger, but also has links to Chelsea

“We were contacted,” said Hamilton. “Sir Martin took time to speak to me on the phone and explain his and his team’s goals if they were to win the bid. It’s incredibly exciting and it very much aligned with my values.

“When I heard about this opportunity, I was like, wow, this is one of the greatest opportunities to be a part of something.

“It’s the excitement that first and foremost comes comes to mind. And then yes, of course it’s a business venture.

“We haven’t won it yet. But if we do, there’s lots of opportunity to get involved more and more over time, which is super exciting and particularly beyond racing, of wanting to help with the success they’ve already had and help it be even more successful.

“The part that we’re very aligned in is DnI [diversity and inclusion] and what they’ve already done there. You’ve seen, in that sport, there is still a lot of work to be done to being more diverse and more inclusive.” 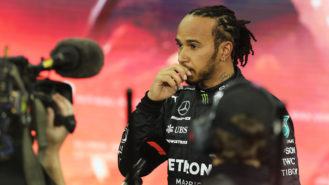 Roman Abramovich is being forced to sell Chelsea as a result of sanctions imposed by the British government. The Russian oligarch has invested heavily and last year the club lost £146.5m, but Hamilton said that a plan was in place to put the club into profit.

He has previously described himself as an Arsenal fan, and was invited to train with the team when Arsene Wenger was in charge. An ‘A’ tattooed on one of his fingers has been interpreted as another sign of support for the club.

That didn’t escape Max Verstappen’s notice. “I thought he was an Arsenal fan?” teased the Red Bull driver as news of Hamilton’s involvement emerged. “I am a PSV fan and I would never buy Ajax.”

But today Hamilton said that he also had strong links with Chelsea.

“I played football probably from the age of four until I was 17. When I was was young, around the corner from where I lived I used to play football with the kids and a couple of my close friends. At the time I really wanted to fit in. The kids all supported someone different — one was Tottenham, one was Man U.

“I remember switching between these teams when I was younger and getting home and my sister Sam punching me several times in the arm — she basically beat me saying you have to support Arsenal. So I remember five, six years old that I then became a supporter of Arsenal and but my Uncle Terry is a big Blues fan so I’ve been to so many games with him to watch Arsenal and Chelsea play.”