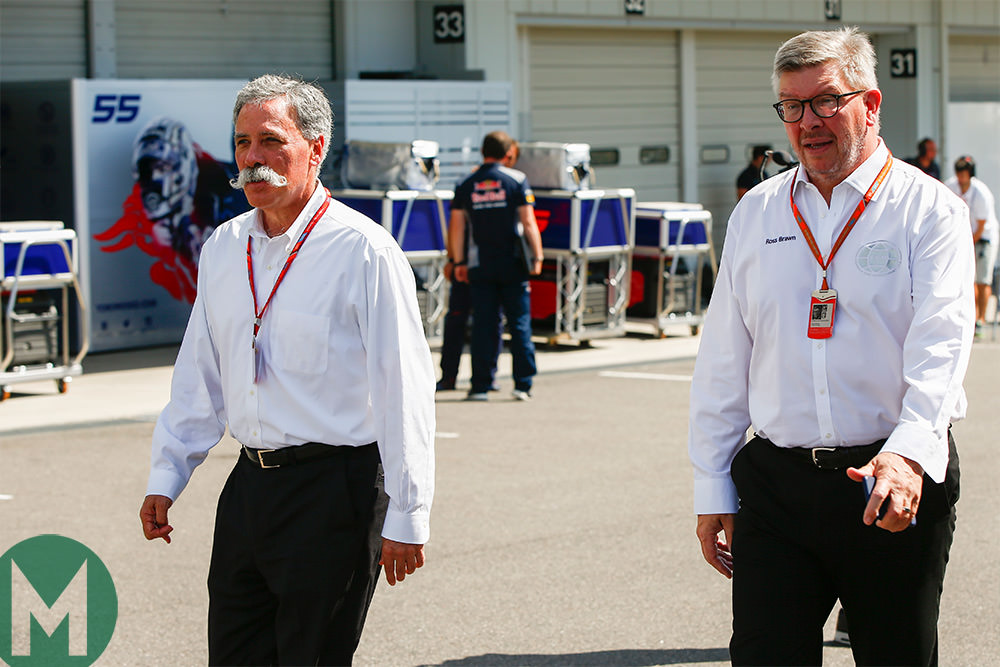 The first order of business of Tuesday’s strategy group presentation from Liberty to the teams will be the issue of cost reduction. Obviously this goes hand-in-hand with income payments in determining the profitability of the teams, but that issue is set to be tackled at a later date. They are just two sides of the same equation, of course, and Liberty’s medium-term challenge is in pushing through a less iniquitous payment structure in a way that the big-spending factory teams can live with. The first part of that is deemed to be cost reduction, the reasoning is obvious: if they can legislate a finite budget, then the subsequent payments can be set in a way that guarantees each team’s profitability and health – and that of Liberty itself.

By default, the big teams wish to be able to spend whatever they like and have F1’s owners subsidize their efforts. Which is clearly not a sustainable model. What Liberty wants is to have each team’s costs base predictable and stable – and with a payment system that more than covers that cost base. That way, Liberty keeps the teams in business without F1 itself going bust.

But it’s a hugely difficult challenge. Because the teams will be positioning themselves in this first process for the prize money revamp proposal they know is coming. This threatens the current highly favourable terms of Ferrari – and, to a lesser extent, Red Bull, Mercedes and McLaren – that were established when Bernie Ecclestone and former owners CVC were trying to package the sport up so it could be either listed on the stock exchange or sold. Either way, they needed to have contracts with the top teams in place that guaranteed their appearance – otherwise there was nothing to sell. Those teams took advantage of the urgency with which Bernie/CVC needed to get those contracts in place. But it’s left relatively little to spread around between the remaining – smaller – teams. Unless Liberty digs into its own pockets, of course.

Ferrari’s Sergio Marchionne has already very publicly given Ferrari’s strategic position in these negotiations, downplaying just how much Ferrari needs F1 and how he’d pull them out of the sport with a very light heart should he deem it appropriate. He’s giving the impression he’s ready to play hardball.

In navigating a course through this time of transition from the current commercial agreement that runs until the end of 2020 to something radically different, Liberty’s task is extremely difficult. We are entering the beginning of a crunch time that was always going to come. The current payment system is imbalanced but the bigger teams are, to an extent, reliant upon those terms to sustain their efforts and are very reluctant to agree to things that might not only reduce their competitive strength but also oblige them to make redundancies. With some top team budgets nudging $400 million, Liberty’s mooted cost cap proposal of $150 million is radical.

Ross Brawn is, of course, the key figure in all of this. He’s a supremely skilled strategist, as has been shown not only in how he has structured three different teams to become the best, but also in his dealings over the years with the FIA and his negotiations with Honda and Mercedes over the fate of the team that now dominates F1. But on this occasion he has ranged against him potentially several adversaries. Tuesday’s meeting is just the opening salvo of a very long-running – and hugely important – battle of wills and competing visions.