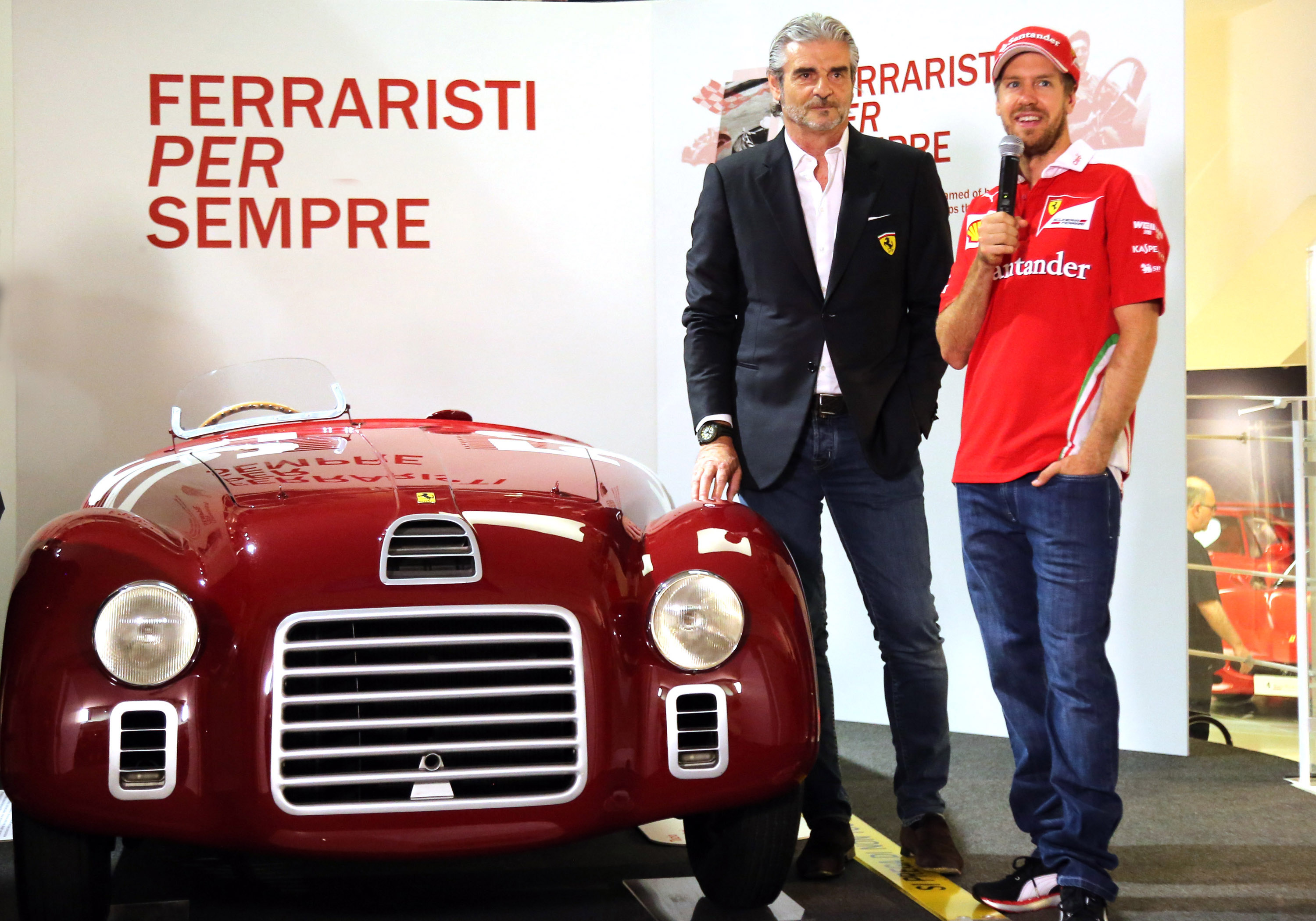 Seventy years ago a well-known team manager decided to build his own cars. Actually, he’d made up his mind many years earlier, but first his employer wouldn’t let him use his own name on a car and then, after just two Auto Avio Construziones had been built, a world war got in the way. That is why it took until 1947 for the first car to bear the name Ferrari, the 125S (top), and the already famous prancing horse to come into existence.

My hope is that, in sharing some of my memories of Ferrari, you will reciprocate in kind. What does Ferrari mean to you, how does Ferrari make you feel and have those feelings changed for better or worse over the years?

Although I knew all about Ferraris at the time, my first memory of a Ferrari is being taken to see them at the famous Egham Tower garage in late 1973, I think. It was raining but that didn’t matter because this was paradise on earth, every theme park there’d ever been, rolled into one small corner of Surrey. I remember seeing a blue Dino and concluding it was the most beautiful thing I’d ever clapped eyes on, walking around the back of a Boxer and discovering it had six exhaust pipes. Six! What kind of power was it that required channelling into half a dozen pipes? I had to sit down on the wet tarmac. And no, I did not care. To seven-year-old me it was probably the most impressive thing I’d ever seen.

Spool forward five years and you find me with my nose pressed against the fence at Brands Hatch watching the 1978 British Grand Prix with my loyalties torn apart. On the one hand, the Lotus 79 was not only British but to me the most beautiful, perfectly conceived racing car there had ever been, and Mario and Ronnie were clearly going to saunter off into the distance; on the other hand I was a Ferrari man with more than a passing admiration for Carlos Reutemann. I only discovered which way those loyalties really lay when the Lotuses retired and I felt my heart soar. And when Carlos pulled off that move to pass Niki Lauda’s Brabham for the lead, I knew I was watching just a little bit of history being made. It also meant I’d seen Gilles Villeneuve race, which I confess means more to me now than it did then.

The first proper journey in a Ferrari? Hmm. Not so great I’m afraid. It was a 400i belonging to a friend of my father’s and we did a distance in France. I remember we started in Brittany but not where we then travelled to or why. I remember the noise of the V12 and the fact the gears were so heavy he needed two hands to get it into reverse. Nothing else.

The first time I drove a Ferrari. It was a silver Mondial, with a 3.2-litre, 270bhp engine. Back then, around 1987 I guess, that sounded like so much power, yet today if you used it to play Hot Hatch Top Trumps, you’d lose every round. I can remember every inch of that journey: how carefully I settled myself into its ill-fitting cockpit, how studiously I avoided second gear until the transmission oil was warm and how very, very slowly I drove it on a journey of not more than 10 miles. Only once, on the way back on a long straight road with no junctions did I slot it into second, slow to crawl and then accelerate as hard as the car to go, hearing the V8 sing and shriek its way to its 7700rpm red-line in just a couple of gears. Even in that not very quick, not very good Ferrari, it was everything I ever hoped it might be.

Shortly thereafter I was lucky enough occasionally to drive Ferraris for what might loosely be described as a living, and I’ve been doing it ever since. And the odd thing is the novelty has never worn off. When I drive a Ferrari today, the hands that grip the wheel may be past 50, but the soul of the seven-year-old sitting in the rain on the wet tarmac at Egham is still right there. And that really has very little to do with me. The fact is that while it has made some mediocre cars and one or two truly bad ones, if such a thing as boring Ferrari exists, I’ve not driven it.

Ferrari’s best era? There was a period in the early 1970s when it had the Dino, the Daytona and the gorgeous 365GTC/4 on its books that takes a lot of beating. But beaten it is by the here and now: the 488GTB, F12 and LaFerrari are three of the greatest Ferraris there have ever been. Seventy years on Ferrari road cars are, it seems, only getting better.

Tell us your Ferrari stories in the comments below 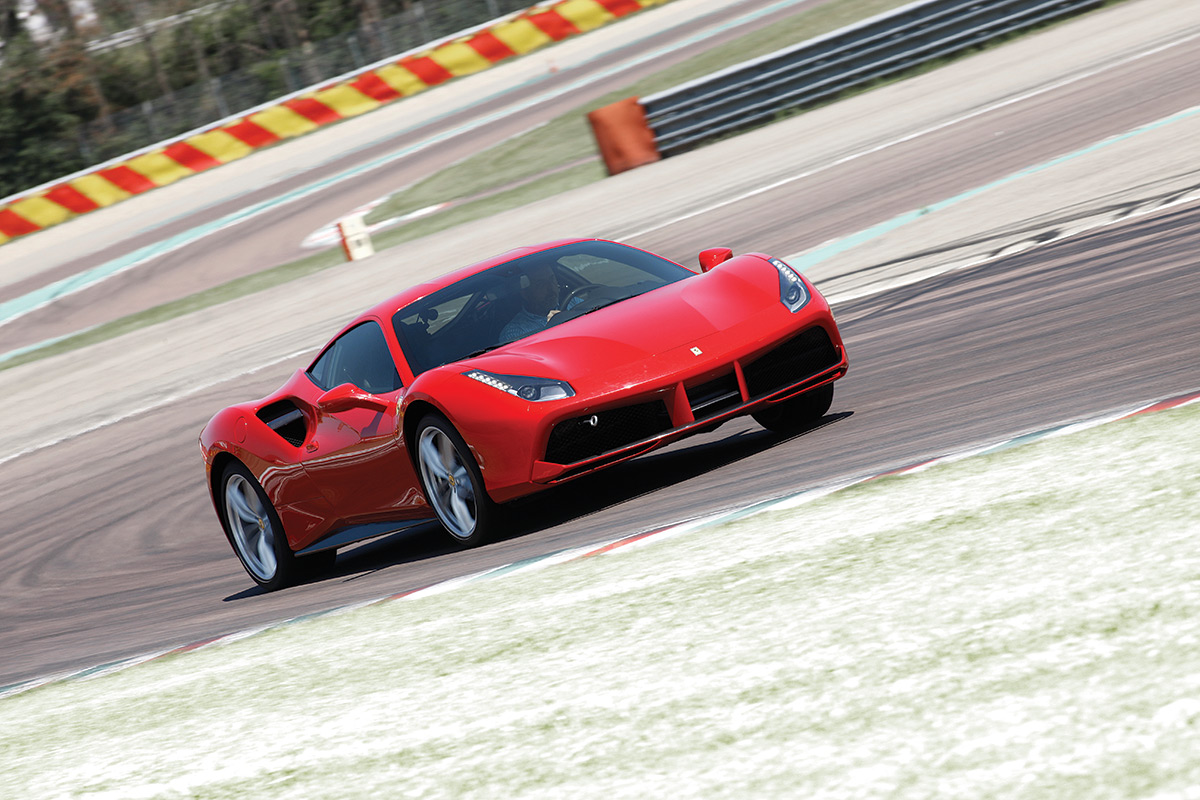