He weaves magic from carbon fibre, whether revolutionising Ferrari in the ’80s or creating fabulous furniture today. Yet John Barnard refused to join the establishment – until it suited him
By Anthony Rowlinson 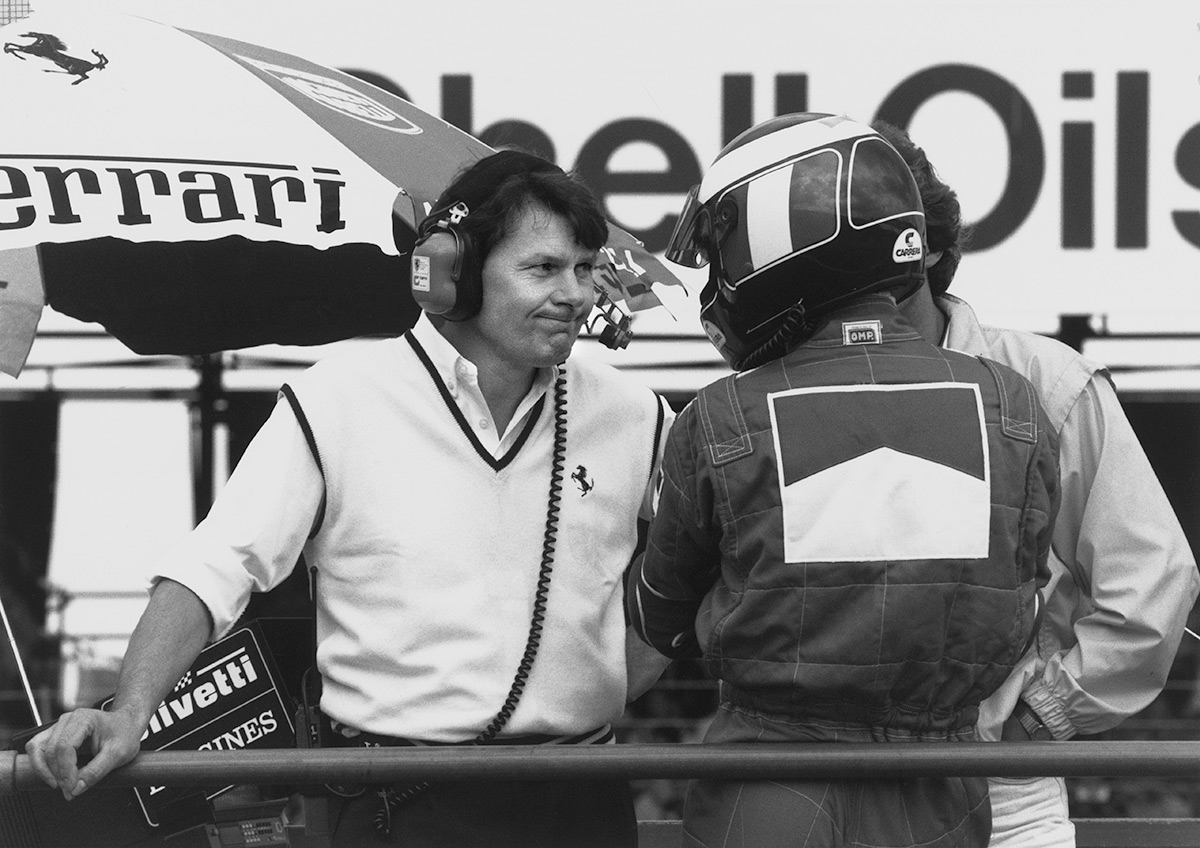 This is a tale of a beautiful idea, a beautiful mind and some beautiful Formula 1 cars. It’s also a tale of soaring ambition thwarted by the lowest politics; clarity obfuscated; passion quelled; inspiration, deceit, guile and cunning. It’s the story of John Barnard’s F1 adventure with Ferrari. Fitting, then, that more than a decade on from his last dance in scarlet, Barnard can be found in a beautiful place, filled with beautiful objects and people. Fitting, but also unlikely, for in the galleries of Established & Sons – a textbook-minimalist East End shrine to some of the world’s most expensive designer furniture – Barnard, dressed in low-profile jacket, slacks, shirt and loafers, looks, well, ordinary.

Nothing about this 64-year-old shouts ‘design guru’: no label enslavement, no F1-obligatory watch-of-ludicrous-expense. But if the attire gives few clues to what sets him apart, the table and chair at which he’s sitting say so much. Yep, that scalpel-sharp study in carbon composite that’s two metres long yet barely two millimetres thick at its edges – strong enough to bear the weight of an old Mini; cost £36,000 – is the work of J Barnard and his modern-day design partner Terence Woodgate.

Should John Barnard be inducted into the Hall of Fame? Vote below.